In a Local Spins interview, the northern Michigan singer-songwriter says it’s ‘really good to be home’ and planning his next move after a star-studded experience on the NBC show. But would he do it again? 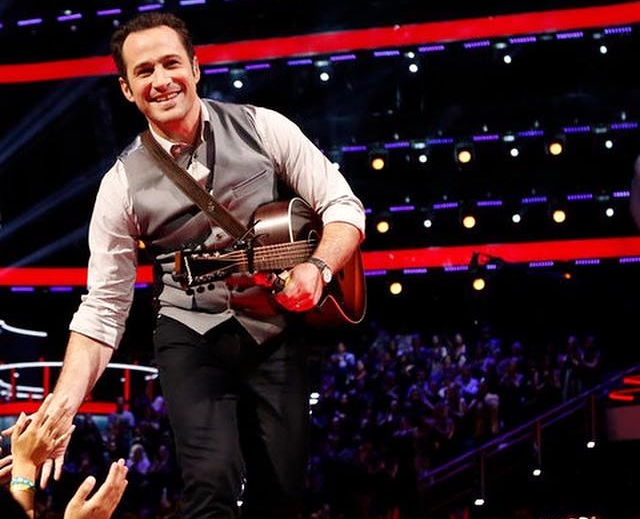 Strange, Exciting and Eye-Opening: Joshua Davis’ run on ‘The Voice’ had it all.

Relieved, happy and spending time at home in Traverse City for the first time in months, Joshua Davis has mixed feelings about his stunning, meteoric rise on NBC’s “The Voice.” 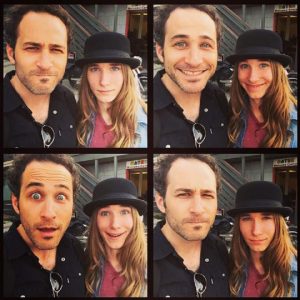 He’s thrilled with the L.A. experience and national exposure but thankful he finished third because winning would have locked him into restrictive agreements that limit an artist’s creative control.

“I ended up in a perfect spot,” Davis told Local Spins after viewers voted earlier this week to make 16-year-old Sawyer Fredericks the winner of this season’s competition.

“Some people are saying, ‘Oh man, you should have won.’ The whole time I’m thinking, ‘That’s OK. I got to learn. I got to meet a lot of wonderful people. I got a lot of experience and I’m not tied to any contract.’ ”

For that reason, the 37-year-old singer-songwriter and Earthwork Music artist frets about Fredericks, who Davis took under his wing during the competition.

“I got to be very protective of him. He’s a kid,” Davis said of the young singer from upstate New York. “I’m happy and concerned. I’m mostly happy … He’s a really, really sweet kid. The family is wonderful. They’re really great people and they care a lot.

“I was glad he was with Pharrell because Pharrell is a really great guy. He really cares about those kids and he’s looking out for them and he’s going to continue to look out for them. Hopefully, it’ll work out really well for Sawyer. I’m going to maintain contact with him. I think he’s going to flourish.”

For Davis, spending months in California amid TV handlers and producers was at once “weird,” educational and frustrating.

“The whole thing is so strange,” said Davis, who only got a chance to sing one of his original songs, “The Workingman’s Hymn,” on the final night of the competition. 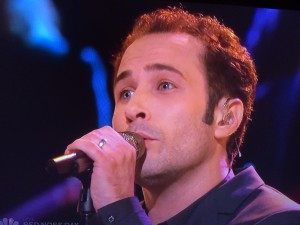 Relief in Not Winning: Davis performing during the final week.

“You have to please the networks and you’re constantly battling to play the music that I wanted to play on the show. If I had my way, I’d be playing my original stuff and a bunch of Tom Waits covers, but that’s not what it was. … If we would have known going into it all the time and energy that was involved, we may have said no to the effort. But we’re really glad we didn’t.”

On the other hand, Davis – who was recruited by the NBC show to enter the competition – said he found a new appreciation for some of the pop music to which he was exposed.

“It stretched me in different ways,” the rootsy folk- and Americana-styled artist said, noting he never would have considered embracing a song like Sting’s “Fields of Gold” until he sang it during “The Voice.” (Watch a video of his striking performance of “Fields of Gold” below.)

“Just because it’s popular, doesn’t necessarily mean it’s terrible music. Just because it’s embraced by a big audience doesn’t mean it has to be trite. I think through this process I was exposed to a lot more popular music than I ever had been and gained more appreciation of it and cut down on my elitist bullshit.”

More important, Davis substantially built up his audience, with millions of viewers tuning in every week and hundreds of thousands of fans downloading his performances via iTunes. And it drew attention to the vibrancy of Michigan’s music scene. 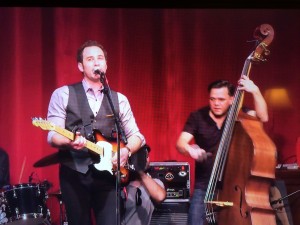 “It’s definitely going to help me,” said Davis, who already has some high-profile concerts being organized in Michigan this summer in the wake of his success. “Now, I have to harness that energy. It’s short-lived in a lot of ways.

“I have to harness it and use it in the right way and build on it in a positive way that’s good for us, good for my family and good for the music scene here. Hopefully, it will shed a light on what we’ve got going on here.”

Davis plans to write some songs and release “a new album at some point and tour behind it, and keep working with organizations and fund-raising and working with kids. Those are the things I like: Same stuff, but bigger, more planned out. It’s going to be exciting.”

That all might have been different had he won, so he “most definitely” is relieved that didn’t happen.

“It’s an incredible relief,” he said, reveling in the opportunity to see his dog again, fire up the grill over Memorial Day weekend and relax with his family. “It’s really good to be home.

So, knowing what’s involved, would he do it all over again?

“I would do it again,” he said, “but I definitely wouldn’t do it twice.”