No fooling, the April 1 batch of new local and regional albums is a blast of fresh air, starting with The Crane Wives who host a CD-release show Saturday at Founders Brewing. Reviews, videos, audio. 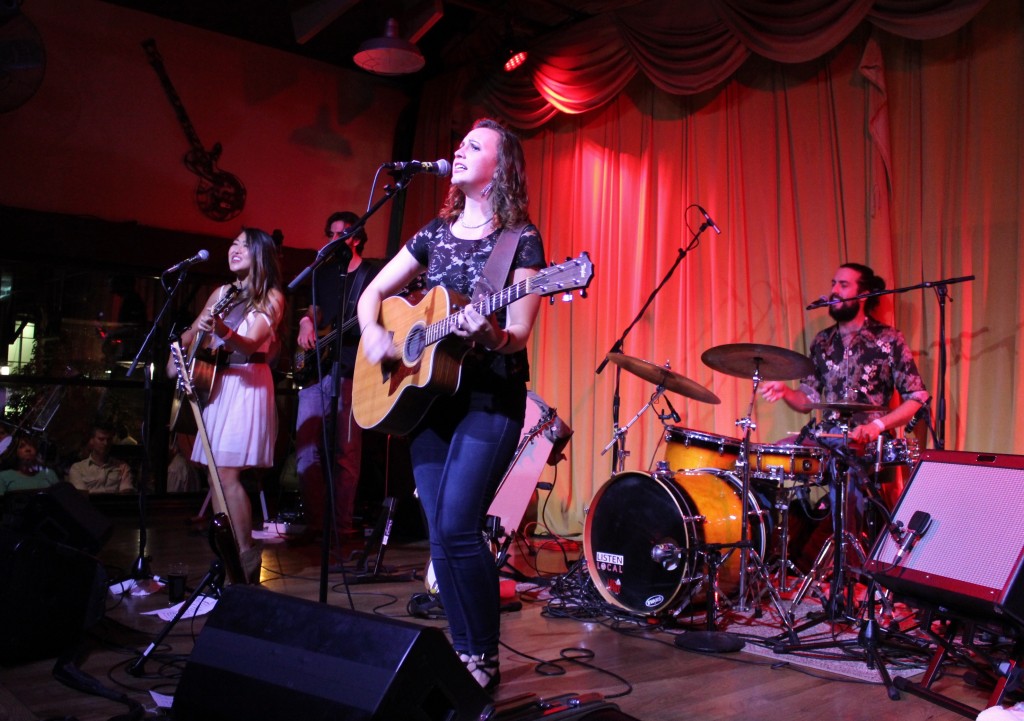 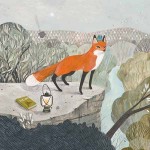 Welcome to the new face of folk-rock. As Dan Rickabus, drummer for The Crane Wives puts it, the music on the folk-rock band’s upcoming album is “more adventurous and more out there” than the sister CD, “Coyote Stories,” released last summer and also recorded at La Luna Recording in Kalamazoo. That doesn’t mean longtime fans should be alarmed: “Foxlore” cements the Grand Rapids foursome’s distinctive, harmony-laden approach and retains the infectious hooks that have marked its songs since the band emerged on the scene back in 2010. But with an increased emphasis on electric guitars and the “rock” part of that folk-rock equation – plus some clever new arrangements – “Foxlore” certainly represents another bold step forward for this ultra-likable and increasingly popular Michigan act. “Down the River” even features a drum solo of sorts, buoyed by a throbbing, jam-band vibe. That’s followed closely by the airy and atmospheric “Ribs,” with an almost-jazzy milieu, morphing into the sow-cooking, uber-psychedelic, banjo-and-strings balladry of “Can’t Go Back” and the old-timey, clarinet-fueled swing of “Curses.” This is a band finding triumph and pleasure in testing its boundaries. Last month, that paid off when The Crane Wives won a Jammie Award in Grand Rapids for best rock/pop album of 2015 for “Coyote Stories.” Don’t be surprised if they repeat that success with “Foxlore.” – John Sinkevics 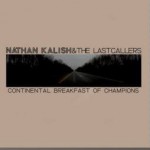 For those who’ve followed Nathan Kalish’s career, there’s always been a certain familiarity and comfort resonating from the singer-songwriter’s vocals, a powerful message that’s always weaved its way through his slice-of-life’s-foibles lyrics. But while Kalish’s early solo work and collaboration with Grand Rapids’ Wildfire band had a sort of gritty Replacements-meets-Ryan Adams-meets-country-punk vibe, the guitarist-singer’s more recent projects with The Lastcallers place him firmly in a Steve Earle-hued Americana vein, frosted by rollicking vintage country. “Continental Breakfast of Champions” cements Kalish and his hard-gigging, crisscross-the-nation band as a true force on that scene with tales from the road and street prophet-styled commentaries on “Religious Freedom,” “Rich Man’s Tool, Then Die,” and “Overdosin’ on the U.S.A.” Recorded at Native Sound in St. Louis and engineered by Kalish himself, this follow-up to last year’s “How Am I Supposed to Get Back Home” is chock full of Eric Soules’ distinctive thumping bass, Mike Hopper’s twangy, fiery guitar work and Kalish’s earthy philosophy – culminating in the haunting final track, “High Desert.” It’s an incendiary, provocative mix of players and songs, and the way country music is supposed to sound. – John Sinkevics 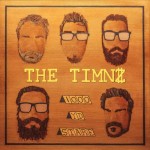 Growling vocals and hard-hitting instrumentals compose the backbone of The Timnz’s “1000 Yd Stare.” A blend of classic rock ‘n’ roll and psychedelic-rock, with elements of reggae, the album is a rollicking rollercoaster of sonic diversity that takes all the right turns. A crunchy organ melody leads the way on album opener, “The Last Song,” and the verses, chorus, and instrumental interludes get comfy and stay awhile in this 7 minute track. “Walking for President,” a politically steaming track, channels blues/Southern rock, opening with gritty guitars and howling harmonica, once again taking its time (and pleasingly so) with a one-minute-and-30-second intro. Organs return on the album closer, “Does it Come in Gold?” in addition to the funkiest of bass lines and whaling, soul-filled vocals – the perfect ending to a rock joyride. For rock fans and music lovers of any genre, The Timnz deliver a 13-track musical feast big enough to curb any musical appetite. – Ricky Olmos 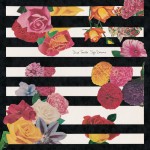 “Soft Dreams” couldn’t be any more of an appropriate album title. Dear Tracks’ four-song EP is all things dreamy, psychedelic, airy, and ethereal. Opener, “Moment Of Clarity,” features rich guitars and reverb-soaked vocals with lively, washed-out drums propelling the track forward. Floating through the rest of the album, a striking congruency is noticed. Each song is different while maintaining a familiar tone. The title track includes haunting guitar group vocal harmonies and surf-rock-like guitar hooks, the kind that sound like the instrument is being played under water. In all its reverb-filled glory, “Soft Dreams” is the perfect album for a night drive or a night in with a pair of headphones, providing the listener a lush soundscape to get blissfully lost in. If any discrepancy is present, it’s that there are only four songs and not a full-length album in which to bask. – Ricky Olmos 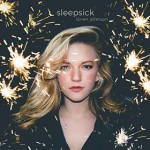 Each song on this EP tells a story. And Grand Haven singer-songwriter Loren Johnson is a born storyteller, arranging words in original ways to create something all her own, enhanced by smooth vocals and hummable guitar instrumentals and melodies. The EP starts with an upbeat tempo, with the title song “Sleepsick,” about moving on with life, and embracing where you are going. Later, on “Waiting on You,” she delivers an upbeat tribute to her friends and loved ones who’ve helped her get through all the rough patches in life. She takes a different, more serious tone on “Theodora,” based on the historical figure of the same name. The song shines a light on the impact courage can have on life – on history itself – when you stand up for what matters. “Love changed the law of this war-torn land,” Johnson sings. “When we’re both gone, they’re gonna know who I am.” This debut EP by a young artist generating a buzz in West Michigan proves she’s off to a fantastic start – in playing, singing and use of language and imagery in her lyrics. (Read more about Johnson in this Local Spins Artist Spotlight.) – Matt Marn 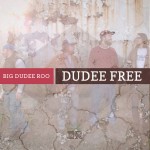 Big Dudee Roo sets an interesting pace and tone with its latest EP, “Dudee Free.” The band not only mixes reverb and rock ‘n’ roll with country twang, but tosses in cosmic sounds and effects – a musical journey that transports listeners out beyond even the stars (which is actually the idea behind lines in the opening song). The lyrics are another force to be reckoned with, especially on the contemplative song, “Here in our Hands,” which serves as a call to action, inviting people to take a stand: “The revolution’s here, in our hands.” The imagery and metaphors meshed with the band’s psychedelic vibe prove to be powerful storytelling tools for Big Dudee Roo. “Dudee Free” demonstrates that this Grand Rapids band has fashioned a musical style that’s all its own – not so easy to pigeon-hole into a specific genre, but plenty easy to enjoy. – Matt Marn