At what would have marked the halfway point in 2020’s amphitheater series but for COVID-19, Meijer Gardens’ John VanderHaagen offers up a Top 10 roster of artists who’ve pumped up our summers. 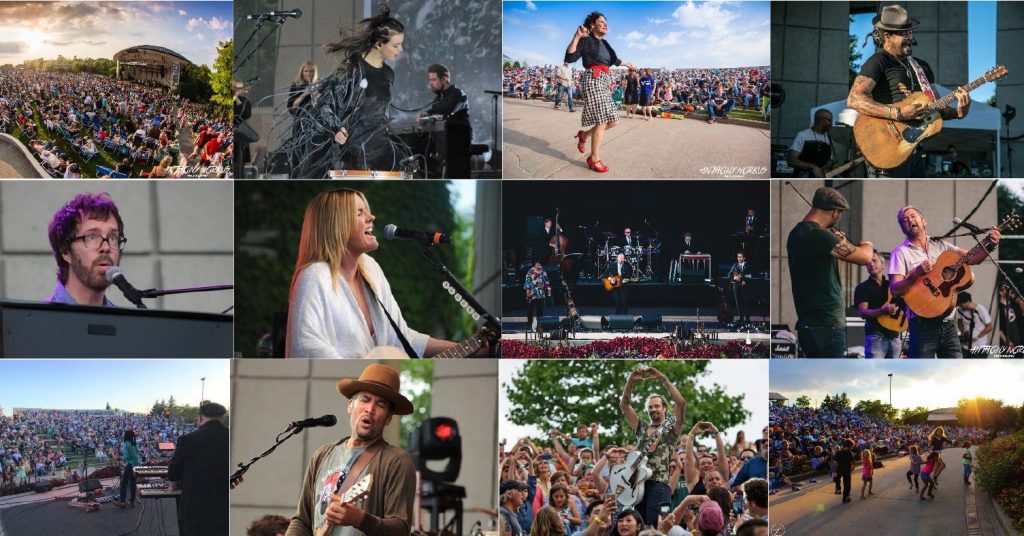 Tip of the Iceberg: These are just some of the most memorable shows to grace the Meijer Gardens stage.

Due to COVID-19, that amphitheater has been eerily silent in 2020. 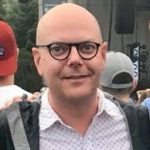 So, just past the midway point of what would have been another hectic summer season of concerts, Local Spins gives fans a musical respite from that silence with a playlist featuring artists who’ve delivered some of the best performances in Meijer Gardens history.

We asked John VanderHaagen, director of communications at Meijer Gardens, to compile a Top 10 playlist of “Songs from Summer Past.” After all, as he puts it, he’s attended more concerts than he can remember.

For this special Tuesday playlist — coming during a quiet summer that forced cancellation of both the main Fifth Third Bank Summer Concerts at Meijer Gardens and Tuesday Evening Music Club series — he presents songs by artists who have played the amphitheater stage since Meijer Gardens first started producing concerts in 2003, as well as one act he hopes can play here in the future.

Check out these riveting tunes, and revisit Local Spins reviews and photos of 2019 Meijer Gardens concert online here. Next year, we’ll do this all for real.

TUESDAY PLAYLIST: Songs of Summers Past by John VanderHaagen

2. “The Boxer,” Simon & Garfunkel (1968) – Growing up, my parents had all of the Simon & Garfunkel records so this is the music from my childhood. The first concert on our stage was Art Garfunkel in 2003, so I’m cheating a bit by including a Simon & Garfunkel song, but this is a classic performance of The Boxer from their Concert in Central Park in 1981.

3. “That’s Right (You’re Not From Texas),” Lyle Lovett (1996) – It wouldn’t be a list of Meijer Gardens favorites without featuring Lyle Lovette. Lyle Lovett & his Large Band have become lovingly known as the Meijer Gardens House Band due to their regular appearances as part of our Fifth Third Bank Summer Concert Series. This performance captures the essence of a Large Band performance and the amazing vocals of Francine Reed, one of the stars of his show.

4. “The Sound of Sunshine,” Michael Franti & Spearhead (2010) – Another mainstay of summer concerts at Meijer Gardens is Michael Franti & Spearhead. Michael spends about as much time running through the crowd and singing from the lawn as he does on stage and is always a highlight of our summer. This song sounds like summer and it’s hard not to be infected by Franti’s positivity after seeing and hearing him perform.

5. “Wars,” Of Monsters and Men (2019) – People often ask me what the best show I’ve seen at Meijer Gardens has been. That is always tough to answer since I’ve never seen a BAD show here, but the 2016 performance by Of Monsters and Men stands out as one of my favorites. We were lucky to be able to book them as they were skyrocketing in popularity and they had an available date after ending a run opening up for Florence & The Machine. This track is one of the many jams on their newest album.

6. “Gold To Me,” Ben Harper (1995) – Ben Harper is another artist who performs with different backing bands; he has graced our stage with several of those iterations throughout the years. This song is on his second album, “Fight For Your Mind/”

8. “You Don’t Know Me,” Ben Folds (2008) – One of the many advantages of being a smaller, “boutique” amphitheater is that we often are able to book shows that are doing small runs or are artists experimenting with different formats of their music. Ben Folds with yMusic in 2016 was a fun opportunity to hear familiar Ben Folds songs with different arrangements.

9. “Villains,” The Verve Pipe (1996) – The Verve Pipe opened for Toad The Wet Sprocket in 2017, but they were the main attraction for many fans of this band, myself included. This is a great song to turn up and rock out to.

10. “Salem,” Bon Iver (2019) – Bon Iver remains at the top of my wish list for concerts to bring to Meijer Gardens. While Bon Iver might have become too big to realistically be able to perform here, I think their sound paired with our unique amphitheater would make for a perfect summer night under the stars. This is a favorite track from their latest album and it takes on a new life when performed live.

TUESDAY PLAYLIST: ‘Songs of Summers Past” on Spotify