After the first weekend of sales to the general public, 60 percent of the summer shows have sold out. Get the update at Local Spins and see which remaining concerts are close to selling out. 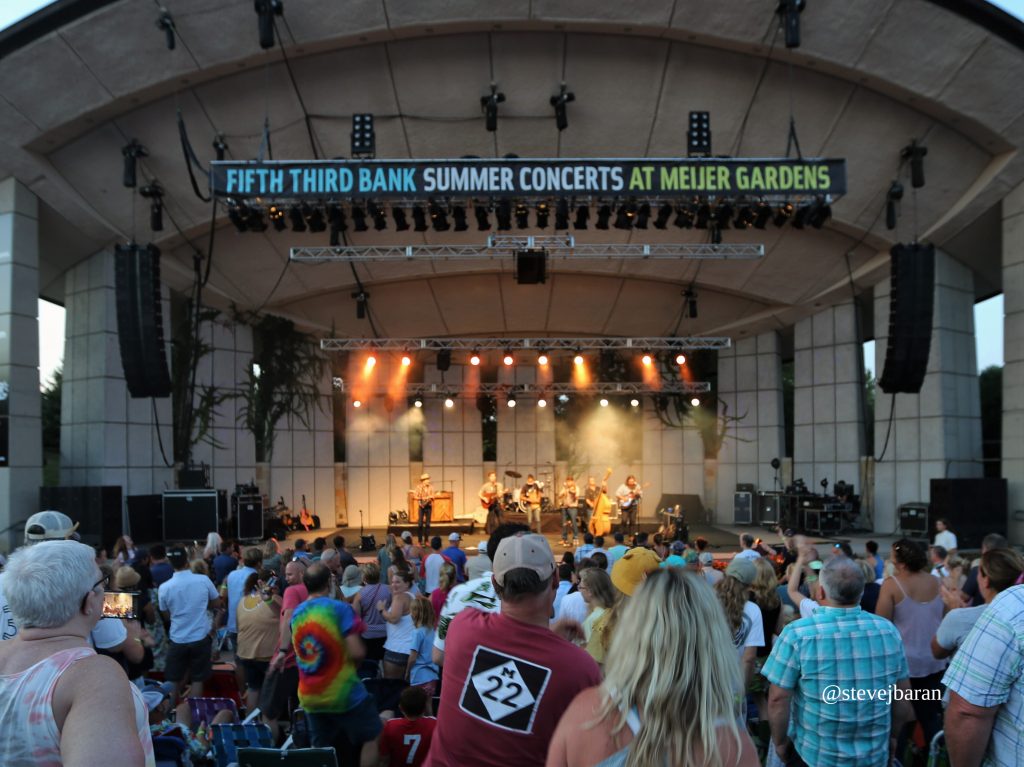 Another Sellout: For the second year in a row, Old Crow Medicine Show will play to a sold-out crowd. (Photo/Steve Baran)

Frederik Meijer Gardens & Sculpture has sold out 20 of its 33 summer concerts, following the first weekend of ticket sales to the general public.

Since selling out 15 shows in the opening April salvo of sales to Meijer Gardens members, the outdoor amphitheater now also has sold out upcoming appearances by Amos Lee with Neal Francis (June 17), Trey Anastasio (June 20), Old Crow Medicine Show (June 23), The Temptations with Kimmie Horne (June 26) and The Decemberists (Aug. 16).

Overall, Meijer Gardens has sold more than 54,000 tickets for its summer season since April 23, representing 86 percent of all available tickets in the series, said John VanderHaagen, communications director.

“No glitches or problems in terms of ticket sales, and no complaints other than the usual complaints about how we handle our member pre-sale and not holding back tickets for the public on-sale,” VanderHaagen said, noting Meijer Gardens did see a spike in membership signups prior to the April pre-sale.

During that pre-sale, Meijer Gardens members bought up all the tickets for 11 concerts within two hours, starting with Norah Jones (July 17), Goo Goo Dolls (Sept. 15) and Foreigner (Sept. 18).

Several other concerts, he said, are now close to selling out, including Trombone Shorty’s Voodoo Threauxdown, Lyle Lovett & His Large Band, Rick Springfield with the Grand Rapids Symphony, Buddy Guy and John Hiatt, Elvis Costello & The Imposters and Umphrey’s McGee.