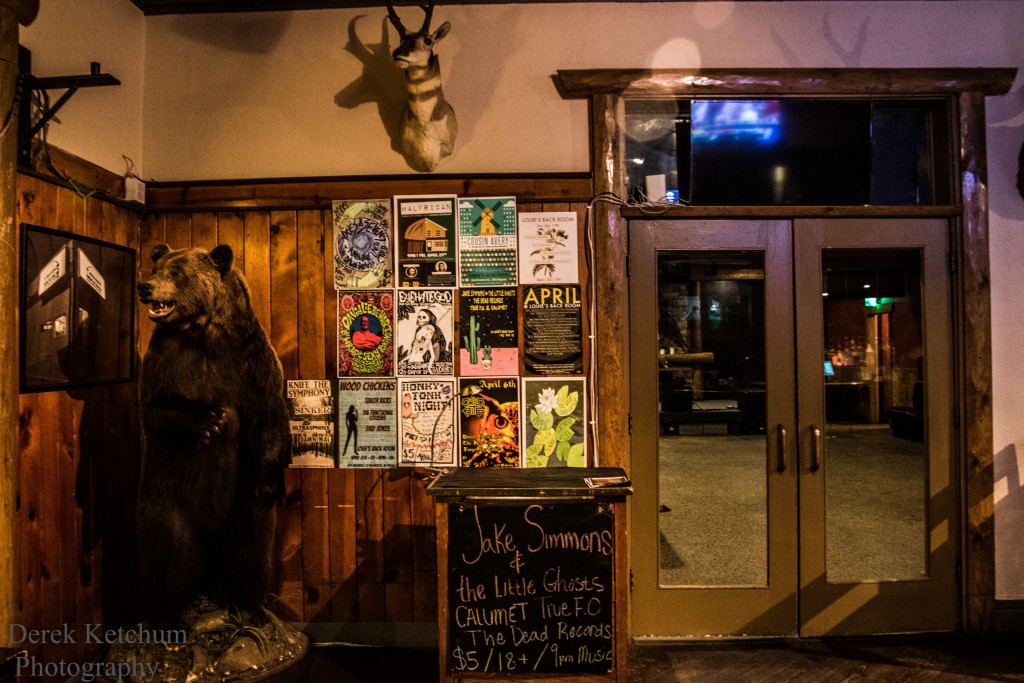 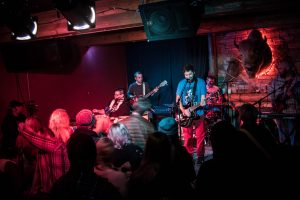 The Vibe: Operating for nearly a century, Louie’s Trophy House Grill – which includes Louie’s Back Room – is the oldest existing bar in Kalamazoo. Located on Walbridge Street in the heart of the north side since 1918, the bar is well-known for its charming “dive-like” character, offering its loyal patrons affordably priced drinks, outstanding pub fare, live entertainment five out of seven nights of the week and a warm, friendly staff.

The establishment is split into two large rooms, separating the busy weekend shows in the back from the relaxing atmosphere out front where the main bar is located. Seating ranges from tables and chairs to bar stools, booths, and even picnic tables out on the patio during the warmer months.

The Music: Louie’s may be the oldest bar in town, but you’ll never find a fresher or more dedicated space to the current Kalamazoo entertainment scene. The bar puts on an estimated 260 live shows annually, ranging from all genres of music to comedy, art, poetry and dance. Louie’s also hosts two different open-mic sessions during the week – one for aspiring comedians every Tuesday and another geared towards singer-songwriters on Wednesday nights. 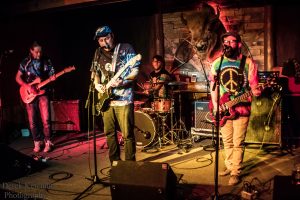 “My favorite thing about Louie’s would have to be the intimacy,” says Jax Kappeler, venue manager and talent buyer for Louie’s. “Sure, that could be the word most used to describe a small space – which we are, with a capacity of 200 – but I really do feel in touch with the entertainer and with the crowd at shows here. Nine times out of 10, the performers will stay back, talk, shake your hand and take a picture with you, no matter how ‘big’ they are. By the end of every show, the energy is always so positive. It’s a great feeling to be in that space in that moment.”

Besides the entertainment, the overall general charm and unassuming nature of the bar and its employees is what really wins customers over and keeps them coming back. “It’s eclectic, that’s what I found to be so alluring. You get your 40-, 50-somethings who come for dinner and drinks on the weekend, a couple handfuls of regulars that you can set your watch to, and the college kids that you wouldn’t mind having a conversation with,” says Matt “Hellcat” Smith, a local musician and doorman for Louie’s Trophy House. 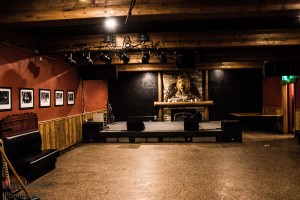 Connecting Entertainers and Audiences: The intimate space is conducive for that. (Photo/Derek Ketchum)

“It felt like a good place to turn into home base when I moved up and didn’t know anyone. The size of Louie’s is perfect for locals and touring regional acts, the sound is run very well and there is always something going on. I also really like what Jax is doing with the place. She’s got a good drive and she stays motivated. ”

For David Bolema, sound engineer for Louie’s, it’s all about the wood-paneled, taxidermy-sprinkled bar’s inclusiveness when it comes to all genres of entertainment and its dedication to fostering the local scene.

“It’s different than other venues in that it books all over the board. I had always played in bands that were sort of niche, so I was used to hearing that there wasn’t really a market for us. It’s frustrating. A scene will develop if good bands are given a chance. 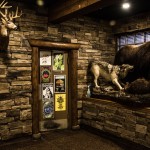 “People will go to those shows and realize that they can create the music they want to create, and that people will be able to hear it. I’ve seen all sorts of things at Louie’s that I never thought I’d see in a venue. I remember one band that played inside of a tent while a guy in a bear suit just creeped around it. I’d normally write that off as gimmicky, but they were really, really good. Louie’s doesn’t fit a ‘type,’ so I’m often exposed to music and performances I wouldn’t otherwise be. I’m constantly finding new things to listen to.”

Coming Up: Wood Chickens, Sailor Kicks, The Functional Citizens and Dad Jokes at 9 p.m. Friday ($5); The Wrap Live! On Ice, Katy Needs a Band, The Fiction Junkies and Vines at 9 p.m. Saturday ($5); Les Rhinoceros, Anybody But the Cops, Saxsquatch & The Bridge Band on April 11; EYEHATEGOD on April 28; comedian David Liebe Hart (from the Tim & Eric Show on “Adult Swim”) on July 22. Get the rest of the schedule online at LouiesBackRoom.com. 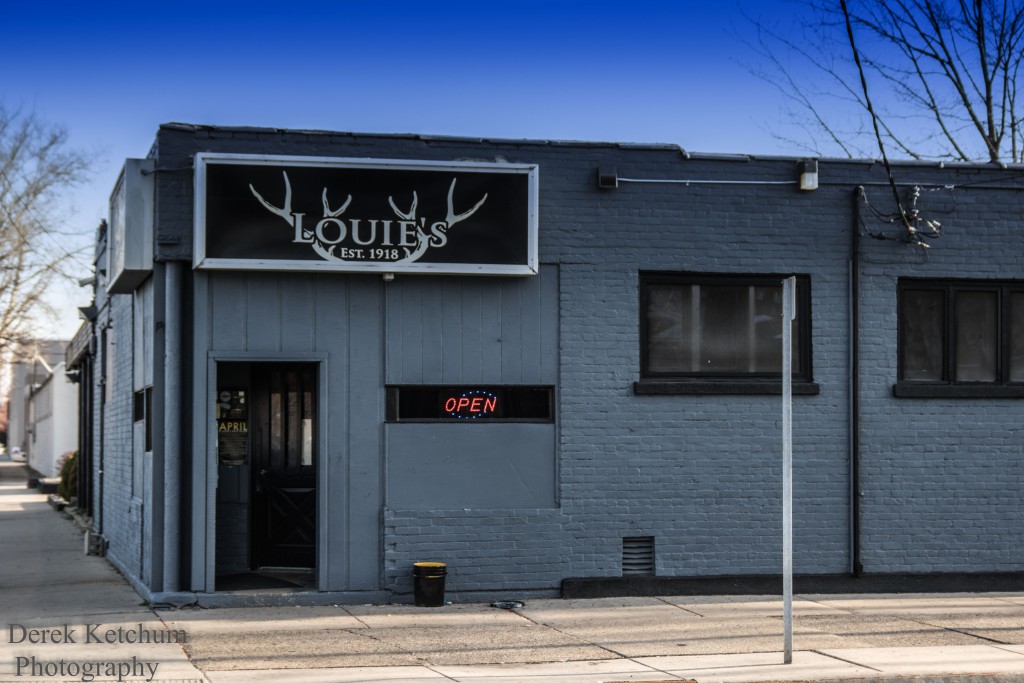