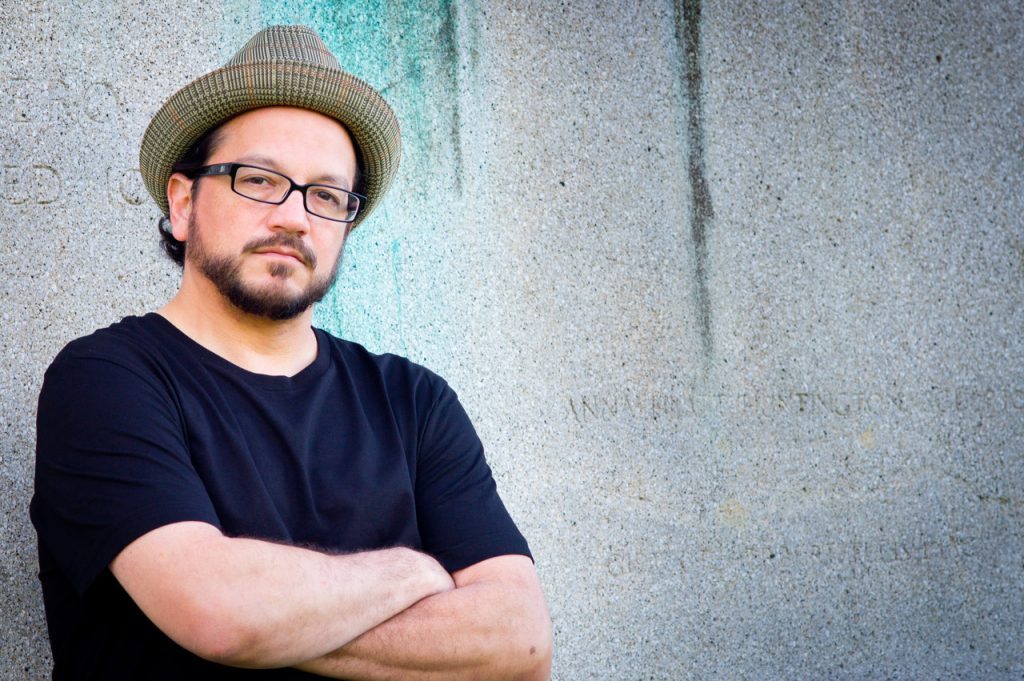 EDITOR’S NOTE: This is the first in a series of columns about electronic dance music by veteran Grand Rapids DJ Todd Ernst. These “Looking for the Perfect Beat” essays will tackle different elements of the robust EDM scene. Today, Todd introduces readers to the power of house music icon Mark Farina, who plays Grand Rapids this weekend and chatted recently with Local Spins.

SCROLL DOWN TO LISTEN TO FARINA’S MUSIC

Mark Farina’s show at Founders Brewing Co. Taproom on Saturday may be the single most important DJ booking that has hit Grand Rapids in 15 to 20 years. 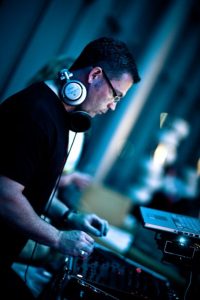 Farina is one of those ubiquitous names in the industry: The mere mention of his name among DJs and enthusiasts alike causes any conversation to grind to a halt, almost as an homage to his legacy of house music, and of course, the genre for which he is the forefather, “Mushroom Jazz.”

As electronic music continues to reach new peaks never thought imaginable in the United States (particularly with the popularity of electronica/downtempo artists such as Pretty Lights, Odesza and Rufus Du Sol), the significance of Farina’s “Mushroom Jazz” series – recently celebrating its 25-year anniversary – clearly places it within the annals of the history books.

Farina’s philosophy perfectly encapsulates the role of a DJ: “Mixes are time capsules of sound. Each capturing a moment in time that will not be repeated the same way. Each mix is meant to transport the listener in their own time machine to their own destination. These are soundtracks for daily living.”

And Farina’s stature as a true pioneer of the scene might best be represented by the early reaction to some of his trailblazing performances.

“One of the (venue) owners used to complain constantly about Mark’s sets because he used to employ these crazy sound effects with atmospheric breakdowns, spoken word elements and the like,” says John Curley, one of the world’s top underground electronic promoters.

“This guy would come into the office screaming about how the next time he heard birds chirping and Martin Luther King speeches in the middle of the night with a packed house, it would be Mark’s last night. This guy obviously had no clue, and I would regularly remind him of that, and explain to him that what he was hearing was the future. Makes me crack up to this day.”

With an upcoming Grand Rapids show, I recently got the chance to chat with Farina for about an hour before the holidays, learning first-hand about his evolution in Chicago during the early days of house music.

PAYING HIS DUES DURING ‘AN AMAZING TIME’ IN CHICAGO

“While in high school, I wanted to play the drums, but ended up playing the trumpet instead,” he told me. 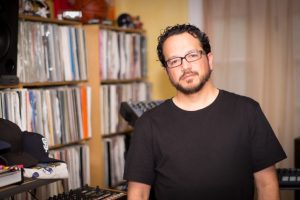 Not long after that, he obtained a Yamaha RX7 drum machine while playing in a cover band, which served as a catalyst for many of his early efforts. The experience that may have shaped him the most in his younger years was sneaking into the Medusa nightclub’s all-night dance parties, where he first met his mentor, Terry Martin, and formed friendships with now-household Chicago names Teri Bristol, DJ Psycho-Bitch and John Curley, of underground promotional powerhouse Paradigm Presents.

Paying his dues with Martin in those early days led to his first proper residency at the room that most consider the pinnacle of Chicago nightlife, The Shelter, where he shared the decks with long-time friend Derrick Carter.

“It really was an amazing time,” he recalled. “You could walk into Medusa’s and end up standing next to any number of Wax Trax artists, or groups like Front 242. It was also when DJs spent countless hours in record stores, carried around milk crates with their collections, and played five-hour sets. Those five years at Shelter were like nothing you could imagine.”

He later joked about subwoofers at Shelter that were the size of a car (designed by Richard Long Soundsystems) that he would sit inside of, as well as the tumultuous ladder that brought one to the DJ booth within the main room at Shelter. (One of my earliest memories at Shelter in the 1990s while sitting on top of one of these monstrous subs was thinking how do these DJs not kill themselves getting in and out of that DJ booth with all of their records).

Farina also was profoundly influenced by a journey to New York in the summer of 1990. 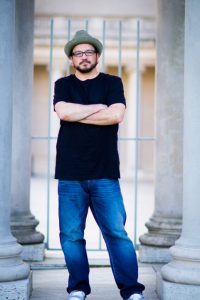 “Everyone in Chicago was playing house, and pretty much only house. At The Shelter, you could walk between the three rooms and unintentionally hear the same track, whereas in New York, there was house in one room, reggae in another, and hip hop in yet another. It was so different than what I was used to, but it worked.”

This confluence served as the foundation for Farina’s “Mushroom Jazz” series, initially created as a mixtape distributed among faithful fans from Chicago’s Gramophone Records, and later as a proper mix CD series on OM Records.

In 1993, Farina moved to the Bay Area. “It was a slow move to San Francisco,” he recalled. “I had an apartment in each city for a few years as rent was cheap, $240 in Chicago and $260 in San Francisco. I would just ship some records out west and go back and forth.

“Being in Chicago up to then was great as it was the heyday of loft parties and vinyl. In San Francisco, though, things were bit more crazy (with) parties every night of the week, whereas Chicago was mainly a weekend city at that time.”

As for the name, “Mushroom Jazz,” Farina explained: “I was into acid jazz in 1989 and remember thinking it was a strange-sounding genre. Being into psychedelics around then, I thought mushroom jazz sounded more organic.”

And what about Saturday’s booking of Farina and Detroit’s Pontchartrain at Founders Brewing, which seems to fall a bit outside of each entity’s wheelhouse?

“My management team has been active in booking me at live music venues, many times craft-brew driven,” Farina said. “My sound seems to work well in these rooms.” 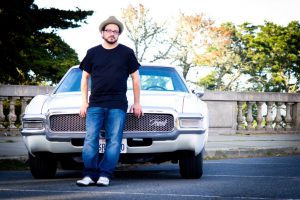 Like Carl Craig and Richie Hawtin in Detroit, Derrick Carter and Mark Farina in Chicago (and later San Francisco) may not get credited for the advent of their respective genres, but they certainly rank among a select few names that championed a sound and brought it to the next level. (Just listen to Farina’s latest “Wine Facts Mix.”)

It is in that spirit that I welcome Farina to West Michigan, not only as an “old head,” as he referred to Derrick and himself, but as one of the foundational members of a sound that is so dear to so many.

Mark Farina and Pontchartrain will play Founders Brewing Co. at 9:30 p.m. Saturday; admission is $7 at the door. There are no advance ticket sales; details online here.

ABOUT THE AUTHOR: Todd Ernst has been an electronic music DJ and promoter for almost 30 years. His days (and nights) are spent as a Project Developer for the live events production company LiveSpace; and his personal company EXSIGN is a creative and consulting team that designs and manages corporate, non-profit, and nightlife events. He’s also one of the founding team members for TEDxGrandRapids.