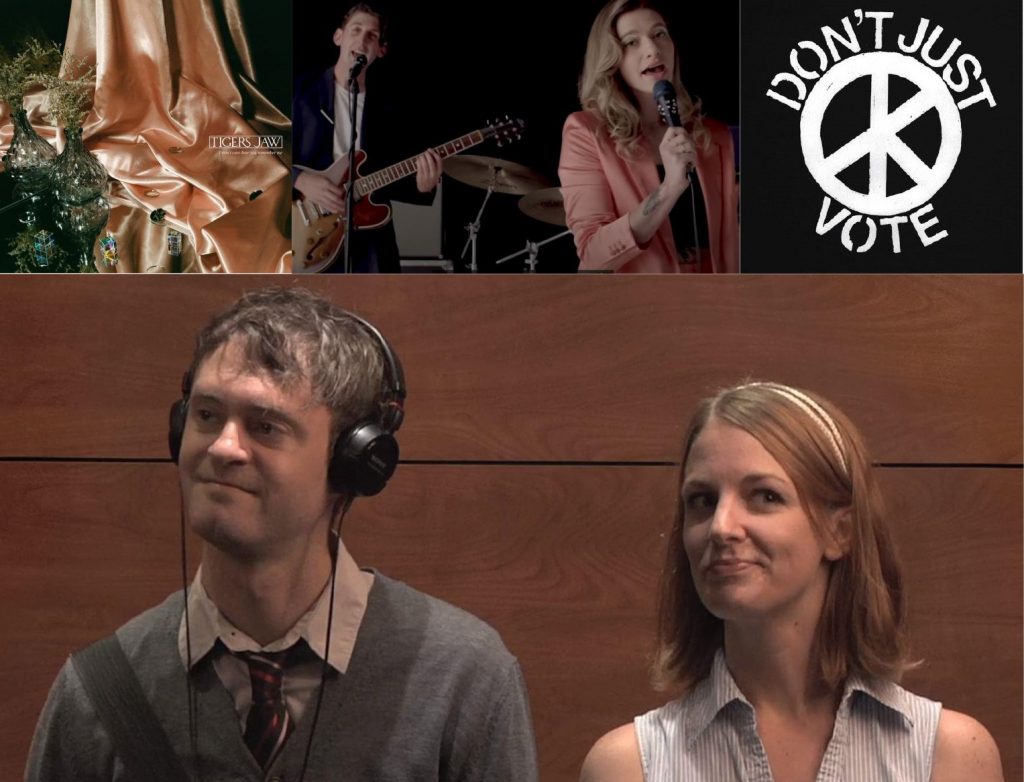 The long and arduous year for performing and touring artists due to the pandemic hasn’t slowed the flow of new music and riveting releases.

But the absence of major — and minor — tours means these artists haven’t swung through West Michigan to support those releases in 2020 and perk up the ears of fans with their new music.

So, to help keep up with what’s happening on the national/international music front, Local Spins introduces a new feature today: Periscope.

Tune in for more new, attention-worthy music on WYCE (88.1 FM) or online at wyce.org at 6 p.m. today (Sunday) when Troy and Tricia present another edition of “New Standards.” And now, without further adieu …

Tigers Jaw, “Cat’s Cradle” – If Silicon Valley could devise an algorithm that would reverse-engineer a band into existence from all of my favorite things about rock music, it would sound a lot like Tigers Jaw, a long-running four-piece from Scranton, Penn., whose fuzzy guitars, gauzy synths, harmonized male-female vocals and seemingly bottomless supply of sticky hooks cohere into a deliciously infectious crunch. Tonight’s “New Standards” show (Nov. 1) will kick off with the WYCE debut of “Cat’s Cradle,” the first single from Tigers Jaw’s upcoming sixth album, “I Won’t Care How You Remember Me,” which isn’t out until March of next year — by which point, fingers crossed, we’ll be able to see bands in rooms together again. Until then, a good set of speakers will have to do.

Cass McCombs & Angel Olsen with Bob Weir and Noam Chomsky, “Don’t (Just) Vote” – In a divided country, in what is universally considered a dumpster fire of a year, dominated by a pandemic, civil unrest and a general malaise, this unlikely team of artists and social critics have come together with a vital musical message in the form of a classic protest song: Vote!