Check out a live performance by the all-female string band Nobody’s Darlin’ and the debut of tracks by Dennie Middleton, Porter Kenyon, Beaver Xing, August and more. 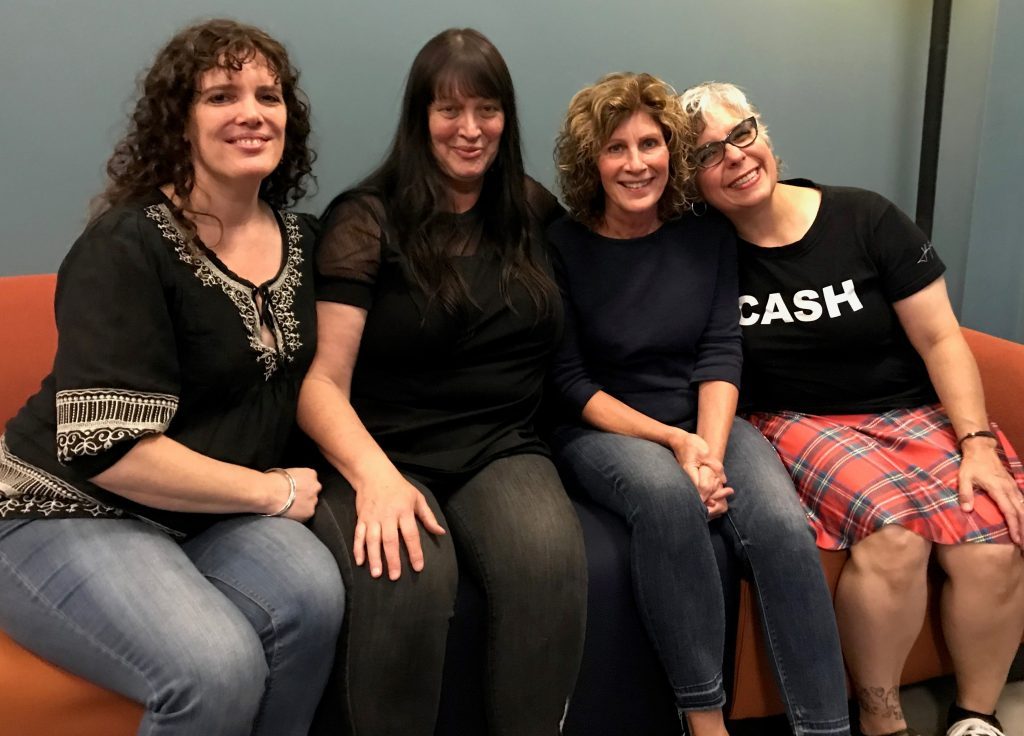 After establishing itself as a dynamic, all-female string band in the Grand Rapids area, Nobody’s Darlin’ played its final, fond farewell show at One Trick Pony in December 2015. 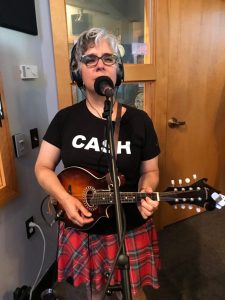 “We tore the roof off at our last show together at One Trick Pony,” recalled mandolinist Sara Q. “It was a wonderful night.”

But it wasn’t quite the last of Nobody’s Darlin’.

They previewed that reunion during this week’s episode of Local Spins on WYCE, performing the songs “Down in the Hole” and “Lonesome Fiddle Blues” for WYCE’s radio audience. Listen to the full podcast below.

They didn’t miss a beat and fans will likely celebrate that in nostalgic fashion at 4 p.m. Saturday when the quartet delivers its one-and-only scheduled public performance of rootsy, “old-timey” songs.

As Sara Q put it: “While band members came and went over the years, the music basically stayed the same: ‘Songs about drinkin’, dyin’ and Jesus.’ ”

The Grand River Water Festival runs from 11:45 a.m. to 9:15 Saturday, with more than 10 bands performing. Learn more about it and get a full schedule in this Local Spins preview.

The June 21 episode of Local Spins on WYCE — which showcases local and regional music at 11 a.m. Fridays on WYCE (88.1 FM) — also featured the on-air debut of tracks by Dennie Middleton, Aspen Jacobsen, Jahshua Smith, Porter Kenyon, Beaver Xing and August as well as music from Drew Nelson, The War and Treaty and Guitar UP!