With guest host Nicholas James Thomasma on the mic, this week’s edition of Local Spins on WYCE featured an in-studio performance by roots rock’s Bigfoot Buffalo and tracks by a host of regional bands. 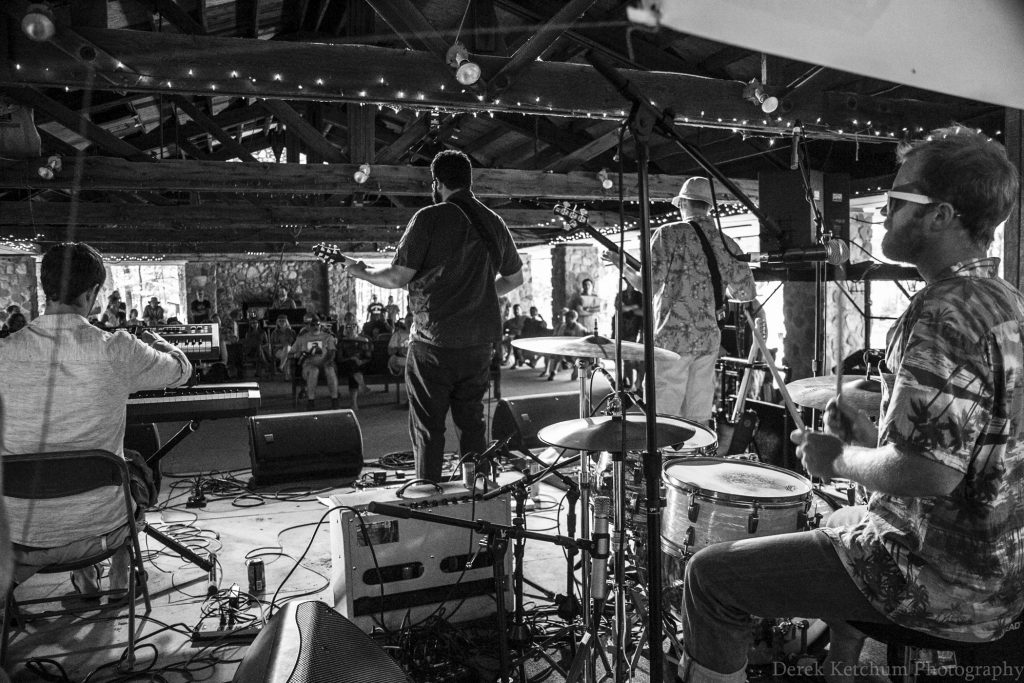 Changes in bands are inevitable.

So while Grand Rapids roots rock band Bigfoot Buffalo today is celebrating release of its second LP, “The Sun is The Moon” — and staging a CD-release show Saturday at Bell’s Brewery in Kalamazoo (opening for Laith Al-Saadi) and Nov. 3 at Tip Top Deluxe Bar & Grill — it’s also bracing for the departure of a key band member, drummer Charlie Merkel, who’s moving to Peru in December.

“The release shows … are the last chances you’re going to have to see Mr. Merkel on drums playing in Grand Rapids for now,” said frontman, singer and guitarist Kyle Brown.

On the positive side, Brown noted that the band did some “road testing” of the new songs before going into the studio with Ben Zito at Centennial Sound in Grand Rapids. “We felt really good about ’em,” Brown said. “I feel like this is the first full real album we’ve recorded.”

Three members of the band – Brown, Merkel and bassist Michael Serota — stopped by Local Spins on WYCE this week to chat about the changes, the new project and also unfurled acoustic renditions of a couple of songs, “Election Day” and “Moth to a Flame” in Studio X for WYCE. Listen to the full podcast below, including a track from Bigfoot Buffalo’s new album.

The band’s Nov. 3 release show at the Tip Top in Grand Rapids will also feature Conrad Shock & The Noise and Flexadecibel. The band also plays Nov. 10 at Union Street Station in Traverse City.

The Oct. 27 edition of Local Spins on WYCE — with guest host Nicholas James Thomasma — boasted the on-air premiere of tracks by Venson Dix and Josiah Zittel, as well as music from The Bootstrap Boys, The Crane Wives, Fauxgrass, The Concussions, Ralston Bowles and more. Listen to the full podcast here.