For a half-century, Grand Rapids’ Festival of the Arts has packed downtown Grand Rapids. For this weekend’s milestone event, Local Spins asked writers and some performers to spotlight must-see acts. 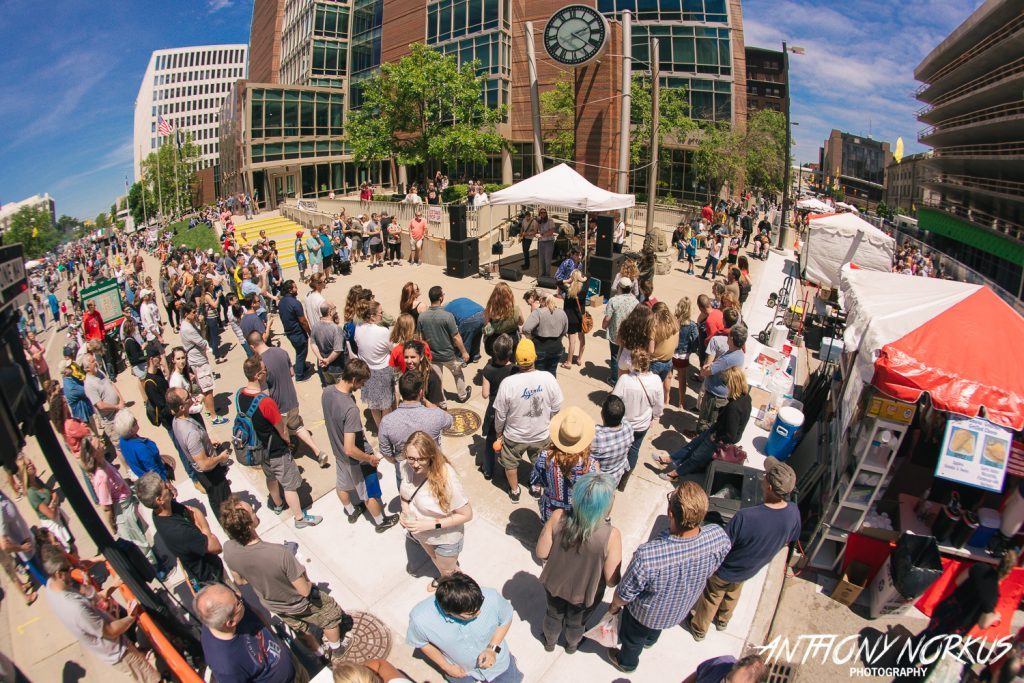 Fifty years ago, the humble beginnings of Grand Rapids’ Festival of the Arts near “La Grande Vitesse,” the Alexander Calder sculpture that’s since become the city’s symbol, amounted to “a few art displays, two stages and a few food booths.”

Since then, the volunteer-driven festival has morphed into a true community celebration of the region’s arts scene — from visual artwork to live music — with hundreds of performances on numerous stages throughout downtown Grand Rapids.

And for the three-day, 50th anniversary affair this weekend, Festival will boast more performances in more places than it has in decades, including several “pop-up stages,” according to David Abbott, executive director. 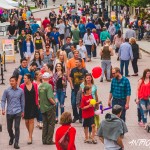 Of course, there will also be the usual, sweet-smelling food booths — and food truck fare — to distract and satiate the 100,000 or so folks who will wander downtown over the weekend, especially with decent June weather expected.

And as usual, to help sort through this year’s robust lineup of performers, Local Spins once again has asked some of its writers and a couple of key Festival performers to make their ‘Best of Fest’ picks for the weekend.

Look at this as just a good place to start as you plan your weekend of Festival exploration. Scroll down for a Festival map and layout. (See the full performance schedule and details at festivalgr.org.) 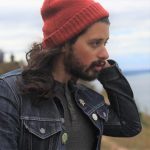 The Hacky Turtles, 6:45 p.m. Friday, City Stage – Groovy, silly and infectiously infused with elements of rock, pop, funk and hip hop would be perfect tasting notes if this band were a caramel sea salt latte with oat milk — but they’re not (yet). The Hacky Turtles are a collage of sound emerging from a colorful shell into a great big world of endless possibilities and limitless dance moves.

The Gorgeous Oranges, 12:15 p.m. Sunday, Kendall Stage – Who knew citrus could be so rock ‘n’ roll? These good-looking spheres of fruit are sure to squeeze every bit of stage rattling, wave riding, electric music juice from the universe as the great big orange in the sky smiles down on them with delight. 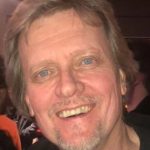 The Jetbeats, 9 p.m. Saturday, Circle Stage — Traveling last fall to Liverpool, spending time at The Cavern Club and visiting Abbey Road Studios in London has put me in a Beatles mood. And no other West Michigan band reflects the early ’60s vibe of the Fab Four better than The JetBeats, who also recently released a new studio recording that brims with vintage-sounding, pop-hued early rock. A fun bunch, indeed.

Grand Rapids Ballet, 7:30 p.m. Saturday, Calder Stage — To commemorate the 50th anniversary of festival, the Grand Rapids Ballet will stage a world premiere performance created by artistic director James Sofranko — something unprecedented for Festival and an opportunity to showcase ballet for an audience that might not otherwise experience that art form. And fans can stick around for a different sort of dance-inspiring performance: Popular Grand Rapids horn band Hip Pocket will follow with an evening-ending set on the Calder Stage at 9:45 p.m. 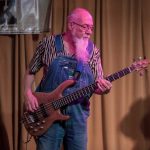 Persistent Flashback Disorder, 8:15 p.m. Saturday, Fountain Stage — Speaking of nostalgia, this Grand Rapids band of hippies plays rock from the mid-’60s to mid-’70s. More important, there’s a poignant back story to this performance and one that speaks to the long history of Festival. Band bassist Dave Lubenow, who played Festival with uber-popular Horsefeather in the 1970s, is battling throat cancer. To pay tribute to Lubenow, guitarist and former Horsefeather member Mark Swanson plans to join Lubenow and Persistent Flashback Disorder for a song during the band’s Saturday set, making for an extra special night. (Swanson also performs a solo set on the DiSuvero Stage at 2:15 p.m. Saturday.)

Honorable Mentions: This year’s Festival will also feature pop-up stages with karaoke opportunities for festivalgoers, food trucks near the Grand Rapids Art Museum in addition to the usual food booths, and a Perrin Brewing “official Festival beer,” Amber of the Arts, that will be available in several downtown bars and restaurants. 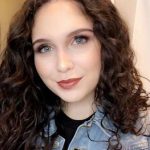 Antighost, 7 p.m. Friday, Fountain Stage – This high-energy alternative punk rock band is known for its stage presence and lyrical content. Coming from the young-punk scene in Detroit, Antighost has toured throughout Michigan in the past year. Having just released its third album in February, this is a great time to catch this band on its way up.

Von Kaiser, 3 p.m. Sunday, DiSuvero Stage – This three-piece synth-wave band is brand new, only starting to work together in 2018 and released its debut album in early may this year. Their sound is fresh, bright and perfect for summer. Definitely a band to look out for in the city’s music scene. 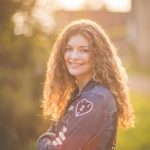 Singing Lungs, 5 p.m. Saturday, Backdoor Pop-Up Stage – Singing Lungs are from Grand Rapids and Lansing, and formed because “sometimes you move to a new city and get old and lame and need to make some music again. Playing ’90s-influenced punk rock .. or whatever.” If you’re like me, reading that description is enough to get you there. But if you need more, check out their debut album “Groan” on Bandcamp and let it kick that nostalgia into full gear, sit back and reminisce about how much cooler music was in the ’90s … or whenever.

Drink Their Blood, 8:30 p.m. Friday, City Stage – Festival’s Demo Stage allows attendees to learn from potters and wood turners, and maybe even leave as makers themselves. But what if you’d rather break stuff than make stuff? Well, Festival has just the band for you as well. Drink Their Blood are an extreme experimental (experi-metal?) band from Kalamazoo whose interests include: “Drinking Blood, drinking beer, drinking liquor, drinking other alcoholic beverages, melting faces, wooing audiences, spiked maces, eating pizza, bowling balls on chains, bicycling, sword fighting, tuning guitars, general extremeness.” I’ll toast to that.

The Holy Warheads, 10 p.m. Friday, City Stage – Homegrown right here in Grand Rapids, The Holy Warheads have a ton of old school metal elements that I love. Thrashy riffs and drums combined with soaring vocals and catchy choruses that just scream Iron Maiden. Even the album art looks old school! Headbangers can check out their latest EP “Gravity” on Bandcamp, before catching their closing set on Friday night. 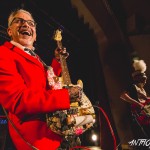 REV CHARLES PRESTON SMITH
Guitarist-Singer for The PotatoeBabies, who close out the City Stage at 4 p.m. Sunday

Bennie Keys & Friends, 12:15 p.m. Friday, Calder Stage – A great start to Festival. Following the “opening declaration” at noon, Bennie Keys & Friends cover the Motown hits we all know and love. (This year’s official opening ceremony moves to Friday evening at 7:30 p.m. with Grand Rapids Mayor Rosalynn Bliss.) So when you hear the Festival sirens go off at noon, you know Bennie Keys & Friends will soon follow striking the very first notes of live music for the 50th Festival of the Arts!

The Proulx Brothers, 10 a.m. Saturday, DiSuvero Stage – Kicking off festival on Saturday, the Proulx Brothers have the early spot on my favorite Festival stage, which I refer to as ‘The Tire Swing Stage.’ These guys have a fun, brotherly stage banter, the kind that makes you feel like part of the family, only the arguments break out into song. With their harmonies, think Kingston Trio only revved up a notch.

Gooder’n Grits, 10:45 a.m. Sunday, City Stage – Keeping with my ‘first on stage’ picks, grab some coffee and a cinnamon roll at a Festival food booth and get over to City Stage for some barn dancing! Gooder’n Grits is a West Michigan old-time band that has a Southern orientation. Fiddles, banjos and guitar, in the round. Listening to Gooder’n Grits takes me back down south to childhood summers spent on Aunt Lola’s front porch while my Grampa Charlie churned ice cream and everyone else picked and slapped an instrument. This performance is sure to wake you up. 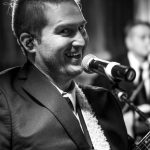 BRENA
Brena, billed as “West Michigan’s premier party band,” performs at 8 p.m. Friday on the Calder Stage as part of opening ceremonies for Festival 2019. (These picks are by band member Sean Copenhaver.)

Syts, 4 p.m. Friday, DiSuvero Stage – This dude writes his own songs for solo piano. His work has a lot of vibe, and he plays with tons of expression.

Great Scott, 6 p.m. Friday, Circle Stage – A great cover band that plays all over the place. Very close friends of mine, they actually played at my wedding. 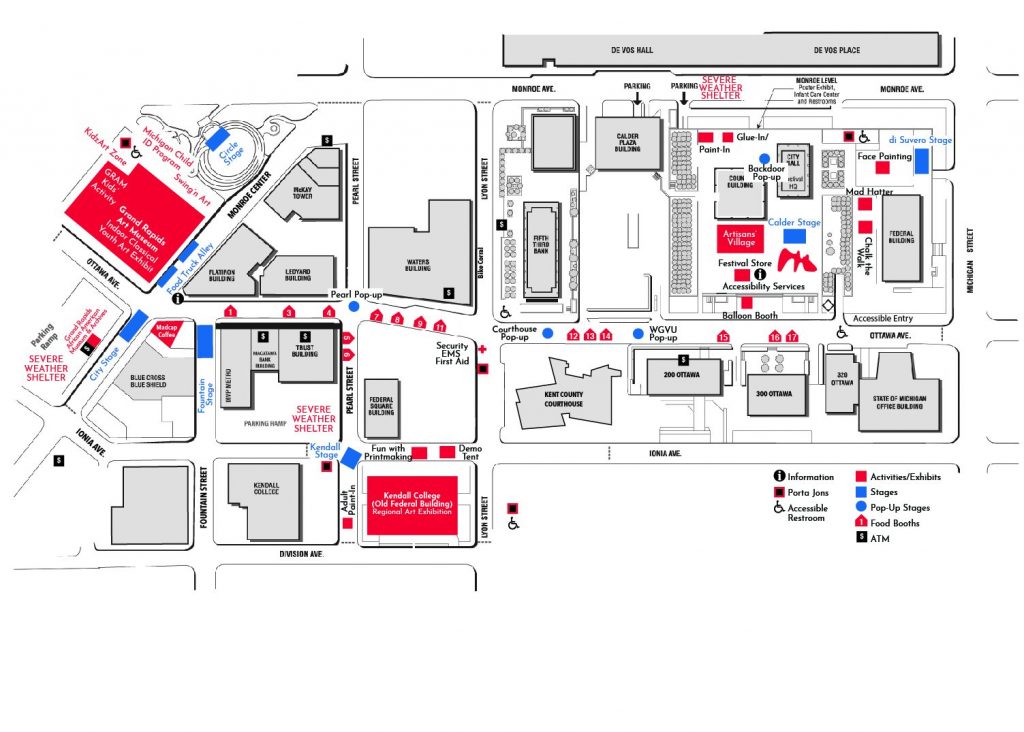