Canada’s Brass Transit plays Bay View outside Petoskey on Saturday, kicking off a hectic month of concerts across northern Michigan. Learn more about this band and view a full schedule of “up north” shows. 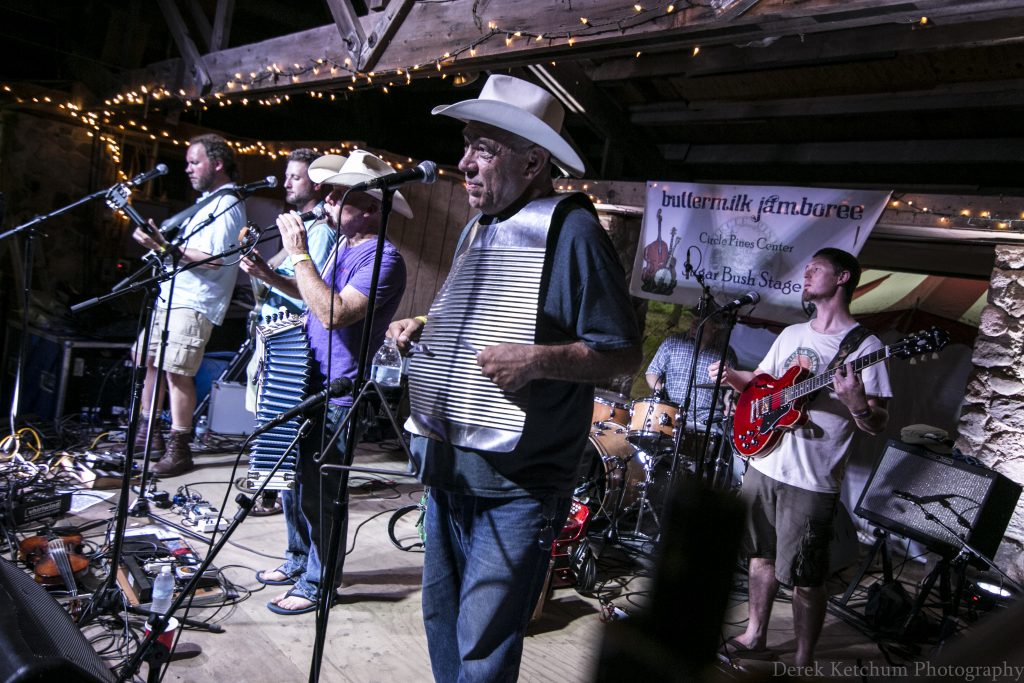 Revving Up Northern Michigan: Fans will have more than one opportunity to catch K. Jones & The Benzie Playboys in concert. (Photo/Derek Ketchum)

After the summer of silence, live music has returned to Michigan’s northland.

Visitors to northern Michigan will find much to choose from: A flurry of concerts returns in earnest to the region at a variety of venues in July.

And in August, Interlochen Center for the Arts — which has booked a limited run of a half-dozen shows following more than a year of COVID shutdowns — kicks off its season with the legendary Chicago on Aug. 3.

Speaking of Chicago and a group inspired by this horn band, Canada’s Brass Transit on Saturday will fire up a full slate of July concerts at Bay View, the community just north of Petoskey proper.

The group faithfully brings to life the music of Chicago with gusto and affection. Trumpeter and bandleader Tony Carlucci said he grew up on the music of Blood, Sweat & Tears, Tower of Power and especially, Chicago. 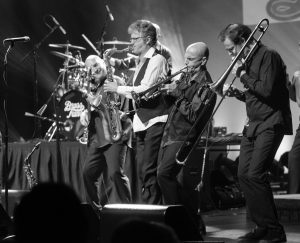 “All those horn bands struck me,” he said in a recent interview. “I was beginning to get into pop and jazz and was a horn player. When I first heard Chicago, I was blown away by the sound of three guys: It was a huge, huge sound. That turned me on and propelled me into the pop world.”

Carlucci formed the band in 2008 for his own personal enjoyment and booked a few gigs, the first of which came after just eight rehearsals. Since then, the group’s popularity swelled as it toured steadily across North America. It’s even released its own recording of well-known songs from the period, arranged in the style of Chicago.

Today, Carlucci is a fixture in the Toronto studio scene, as are most of his bandmates. One exception is keyboardist Don Breithaupt, who decamped to Los Angeles several years ago. He leads the jazzy pop band Monkey House, with which Carlucci has collaborated. Breithaupt also co-wrote music for Chicago with vocalist Neil Donnell, who actually left Brass Transit to join Chicago.

So there are plenty of connections with the iconic band, as well as those other jazz-rock outfits. 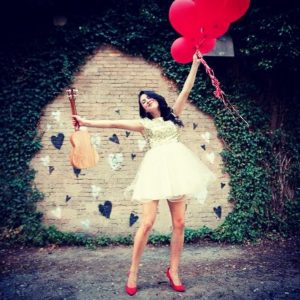 Carlucci said the band has a repertoire of 50 to 60 Chicago songs it draws from, though the big hits are a given: “Saturday in the Park,” “Beginnings,” “If You Leave Me Now,” “Hard Habit to Break” invariably find their way into their sets. “It (the set list) varies year to year. We leave room in certain sections to rotate songs,” he said.

The group also has arranged the music to perform with orchestras. “Don did a lot of those arrangements,” said Carlucci.

That’s just the tip of the musical iceberg.

While it’s true the ongoing COVID-19 pandemic may still force changes to schedules or, heaven forbid, a complete cessation of activities once again, the availability of vaccines has brought both musicians and audiences out of the woodwork. Different venues and events may opt to continue requiring such things as masking and social distancing. 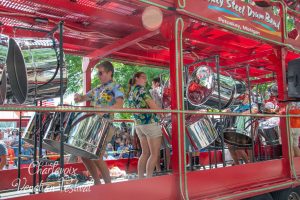 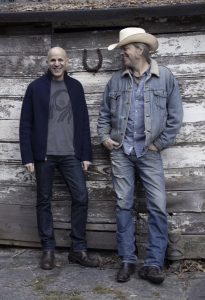 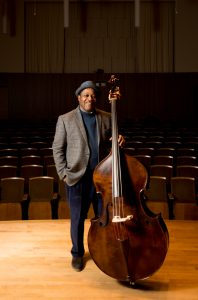 Bay View, Petoskey
The summer community on the north side of Petoskey was founded as an educational and cultural community by Michigan Methodists “for intellectual and scientific culture and the promotion of the cause of religion and morality.” It’s since expanded to include and feature the arts, including music and theatre. Concerts on Sundays through Aug. 8 Vespers concerts with guest artists at 8 p.m. BayViewAssociation.org
July 3 Brass Transit
July 14 Bay View String Quartet
July 21-24 La Traviata
July 30 The Accidentals

The Big Ticket Festival
July 9-11 at the Otsego County Fairgrounds in Gaylord, featuring a variety of Christian performers and speakers.
https://www.facebook.com/Big.Ticket.Festival

Farmfest
Aug. 12-15 at 1865 Roby Road, Johannesburg. With two separate performance stages, the festival offers a variety of genres and activities. Performers will include The Blue Water Ramblers, bugs Beddow & The Good Stuff, Drew Nelson, Madcats’s C.A.R.Ma. Quartet, Oh Brother Big Sister, Luke Winslow-King, Seth Bernard and many others. Plus fun for the family at the Kids’ Area.
Farm-fest.com

Big Fam Music and Arts Festival
Aug. 27-29 at Harmony Pines, 4846 N Hulbert Rd., Lake Ann. This first iteration of the festival will feature a variety of artists, from rock, folk and funk to bluegrass, jam and electronic.
BigFamFestival.com

Cedar Polka Festival
Aug. 26-29 at the tennis courts in downtown Cedar. Polka bands from across the Midwest, including Duane Malinowski, Kowalski Brothers The Polka Brothers, Jimmy K, and the Scottville Clown Band.
CedarPolkaFest.org