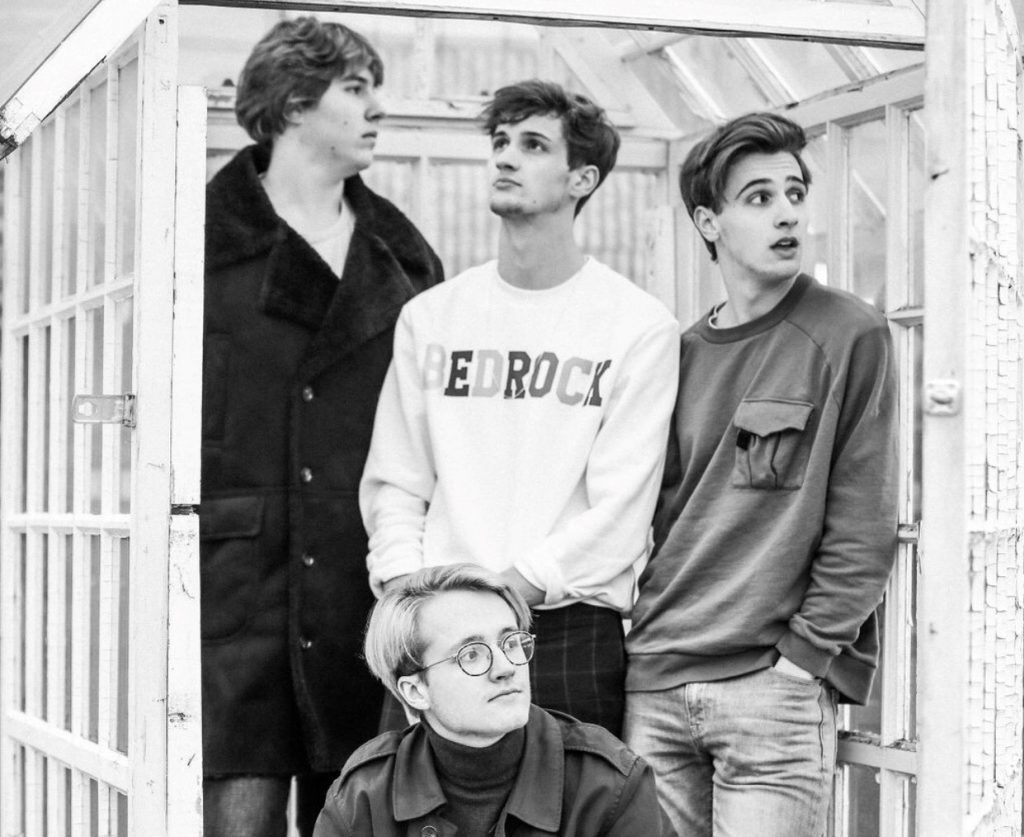 As the boys in Leland Blue put it, the musical origin of this band “runs pretty deep.”

That’s because the band’s two brothers, guitarist-singer Benjamin Robertson and drummer Connor Robertson, and their cousin, bassist Satchel Robertson, started playing together when they were just 8 or 9 years old, inspired by dads who were talented musicians themselves. 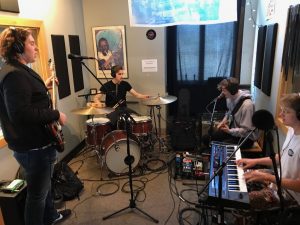 On the Air: The band in Studio X at WYCE-FM. (Photo/Local Spins)

Now, the rock band – which also features keyboard player Bradley Sinclair – has released its self-titled debut album with a release show taking place Friday (May 3) at The Pyramid Scheme in Grand Rapids.

“We just like to make music together and wherever that takes us is kind of our direction,” said Benjamin Robertson.

“We’re not intentionally trying to put ourselves in any direction. We all have a lot of different influences and we all have pretty eclectic tastes.”

On Friday, the band made its Local Spins on WYCE debut, performing two songs – “Cold Comfort” and “Grandiose” – on the air. Watch the video for “Grandiose” here and check out the podcast below.

For its first album, which took about two years to complete, the band “chose songs that best represented our first musical endeavor,” Benjamin Robertson said.

The group already is talking about “experimenting with different sounds” for future songs and recording projects, with an Ann Arbor performance coming up on May 25 and an East Coast tour in mid-June.

Friday’s album-release show at The Pyramid Scheme will also feature sets by Modern Adventures, Often Home and Dawning. Doors open at 7 p.m. May 3 for the all-ages show. Tickets are $10 advance, $12 day of show. Get details online at pyramidschemebar.com.

The April 26 episode of Local Spins on WYCE also featured the on-air debut of new tracks by The Accidentals (from the Traverse City band’s new live album), Joe Hertler & The Rainbow Seekers, Katy Needs a Life, Deepfall and Mark Lavengood, along with songs by Brother Elsey, The Honeytones, The Concussions, The Crane Wives and Escaping Pavement. Listen to the full radio show here.