The experimental rock quartet celebrates release of its sophomore full-length at Shakespeare’s Lower Level on Friday night. They spoke with Local Spins writer Megan Dooley about the project. 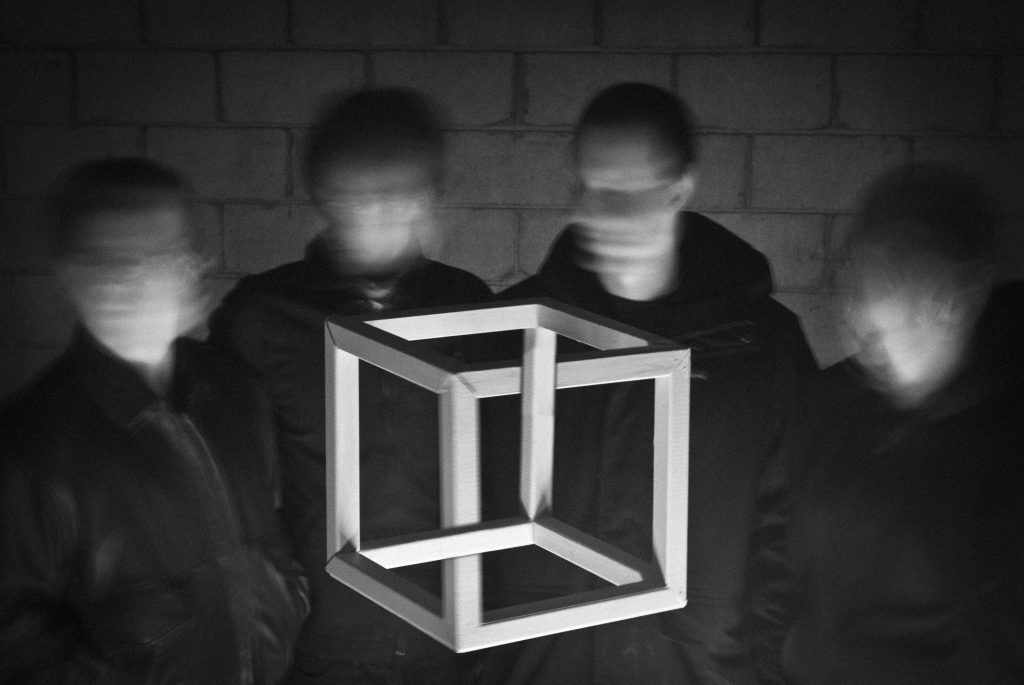 Fun Roller-Coaster: Temporary Arrangement is set to unfurl songs from its latest album.

SCROLL DOWN TO LISTEN TO SONGS FROM THE NEW ALBUM

Dynamically transcendent experimental rock quartet Temporary Arrangement from Kalamazoo recently released its sophomore album and celebrates that new recording in a performance at 9 p.m. Friday at Shakespeare’s Lower Level with Kalamazoo’s The Krelboynes and Chicago’s Dogs at Large also on the bill. 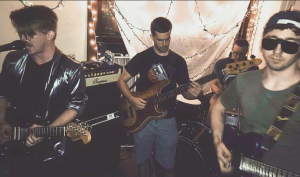 Local Spins: So, how many years has it been since Temporary Arrangement’s last release?
Jarab: Our first EP, “Minor Conspirators,” was released in February 2016, so it’s been a fun 3.5 creative years getting to this point.

Local Spins: How long were you guys in the studio recording this latest release?
Jarab: On and off for about a year-and-a-half. We’ve had the finished mastered tracks done since April of this year. We started tracking for this album sometime in fall of 2017.

Local Spins: How would you describe the band’s music to someone who’s never heard you before?
Alex: We think of us as a rock band that’s interested in writing non-conventional pop music. We clearly identify with a certain punk ethos, but at the same time, we are willing to write longer, more sophisticated music that might be more at home in progressive or jazz circles.

Local Spins: What are a couple of favorite tracks from the album?
Alex: My personal favorites are “Solid Gold” and “Amenable Sound,” because I think each song represents the band at different points in time and they are pretty different musically. “Solid Gold” is shorter and was written more recently … and has a bit more thoroughly composed structure, while “Amenable Sound” is older and longer and its genesis grew more from jamming and experimenting, but both, I think, ended up being crowd-pleasers.

Local Spins: What are the origins of the band and how has it grown over the years?
Alex: The origins of the band go back many years, as all of our members have known each other since childhood in most cases. The real beginning happened when Joe and I moved in together on Minor St. in 2014 after having played some open mics together previously. Joe’s friend Will came to jam with us after he moved back and we quickly got around to forming a band. Jarab actually used to jam with us back then, too, and we might’ve been a 4-piece sooner if we had had more practice space. Even as a trio we had limited space and spent the first year practicing in a small second story bedroom. Jarab joined formally shortly after our first EP release in 2016. When we first started we switched instruments frequently for different songs, which definitely made our earlier songs quite distinct. After we had been a foursome for a while, we reached the conclusion that it made the most sense to commit to specific instruments. We think there is a certain innate satisfaction in working hard on interesting and creative endeavors and then being able to share that work with people. It’s all the better when you can do that work with friends and when people like the work. Writing, recording, and producing can be a very challenging and frustrating process, but it’s so fun to go through the whole roller-coaster of taking a handful of songs and ideas and turning it into one cohesive artistic composition.

Local Spins: How do you guys write new music?
Alex: No real algorithm. It usually starts with a riff or a chord progression of sorts and we often will jam on it for a while and figure out what works and keep it, and toss out what doesn’t. Sometimes there is a more fully fleshed out idea for a song and we more or less learn the parts; Joe writes most of the lyrics and Will writes the rest. We all have familiarity with all the instruments and I think we’re all pretty good about communicating what we like and want so if people want parts to go a certain way there isn’t much ego preventing that. 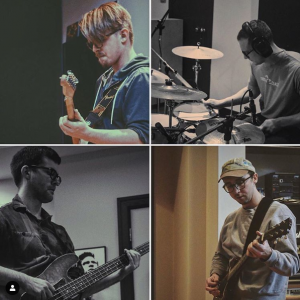 Local Spins: What was the most difficult aspect of recording this album, and how did you guys work through it?
Alex: I wouldn’t say anything was difficult exactly, but I think we definitely wanted this album to sound different from our first, and we spent more time tracking and mixing this time around.
Jarab: The pressure that you feel when recording in the studio can make things difficult for sure. We recorded every track live and it can be hard to conjure up that raw energy and emotion on the spot while remaining tight and locked in as a band. Tracks like “Above Ground,” “Solid Gold,” “Alaska” and “Mrs. Plum” that were more practiced and structured going into the studio we knocked out in a few takes while tracks that were less developed such as “Amenable Sound” and “Water Lilies” took quite a lot more time to fully realize.
Will: I think it’s easy to get really sucked in to studio production and being able to manipulate your recordings any way you want. On the one hand, we strive to record a sound that we can reproduce when we play live. On the other hand, it’s really fun to play around in the studio. … So I think finding that balance was challenging, but we navigated it pretty well.

Local Spins: If you could have anyone in history, living or dead, listen to this album and give you their honest opinion of it, who would it be, and what do you think or hope they would say?
Alex: Tough question. Maybe my Dad. He passed away 10 years ago and was a musician himself, so it would be cool to see what I’ve been up to and to hear his thoughts.
Will: I’ve got to respond in the same vein as Alex. My mom recently passed away and I wish she could hear this album. That’s the only person whose opinion I really would care to hear. I hope she’d enjoy it.

Local Spins: Where would you like to see yourselves as a band one year after this release?
Alex: I’d like to be working on new music, playing more shows, maybe making a bit more money doing this, and having fun.
Jarab: Shoot, I just want people to come to our shows and have fun. 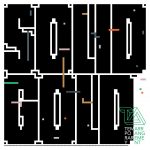 Local Spins: If you could only take three albums on a cross-country trip with you to listen to the whole time- what would they be and why?
Alex: Given the premise of the question, I would choose albums that I don’t mind listening to on repeat. On any given day my answer might change, but for the sake of simplicity I’ll go with Cocteau Twins, “Heaven or Las Vegas”; Buzzcocks, “Singles Going Steady”; and while this isn’t an album per se, I would probably take Bach’s Goldberg Variations (the early Glenn Gould recording) or else maybe Beethoven’s 9th since it’s long and complicated and I’d have a lot of time on my hands.
Jarab: I’ve always enjoyed classic rock ’n’ roll more than anyone really should so if I could only take three albums with me on a road trip, that’d all have to be guitar heavy bangers. I’d take Jimi Hendrix, “Band of Gypsys”; AC/DC, “Powerage” (an underrated absolute ripper); and Queen, “Sheer Heart Attack.”
Will: “Led Zeppelin IV”; The Police, “Regatta De Blanc”; and Miles Davis, “Bitches Brew”
Joe: Gabor Szabo, “Dreams”; Dave Van Ronk, “Going Back to Brooklyn”; Vulfpeck, “The Beautiful Game”

Local Spins: Tell us more about your release show.
Temporary Arrangement: Our album release show is Friday (Sept. 13) at Shakespeare’s Lower Level. We’ll be playing with Kalamazoo favorites The Krelboynes and Dogs at Large (from Chicago). We go on around 11 and we will be selling a book of artwork that pairs with the music for $20 created by our good friend Simon Borst. Tickets at the door will be $10; doors are at 8 p.m. and music starts at 9 p.m. (More details here.)