Limited tickets remain to see the singer-songwriter put together her sixth full-length recording by playing two sets in front of a live audience at Overneath Collective. 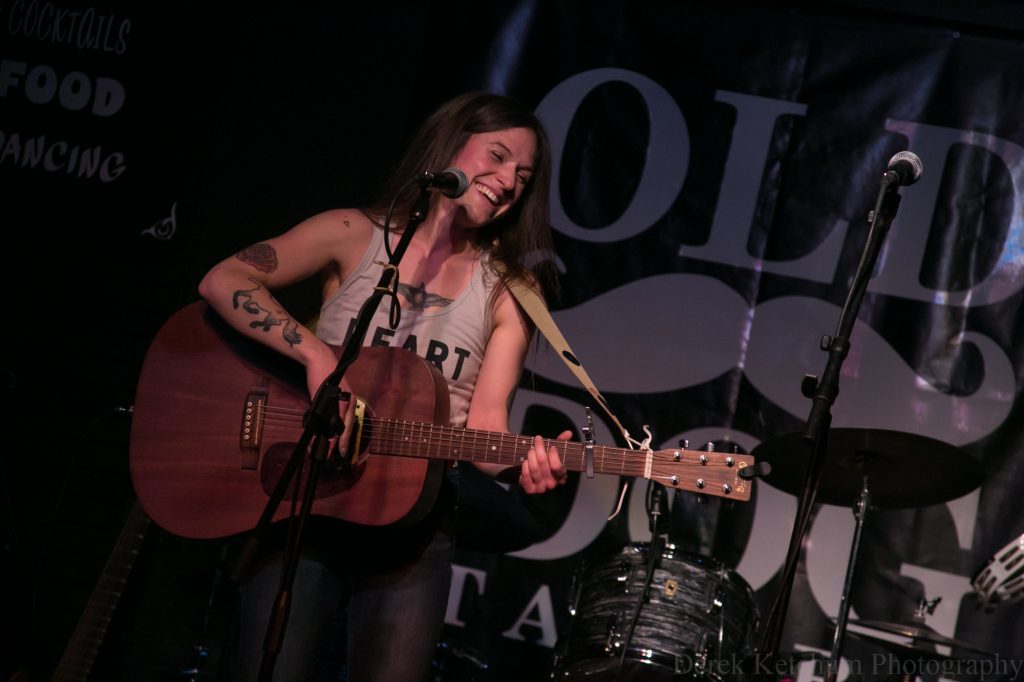 After sitting in the audience as Kalamazoo’s own Stephen Lynch recorded a live show at Factory Coffee this March, local songstress Kaitlin Rose made the decision to follow suit.

“It was just a really fun experience to be on the other side of that as an audience member and know that everything he was singing and that they were playing, as well as what he was saying in between songs was going to be on a record,” she said. “I thought, ‘That seems like a neat idea. I think I’m going to go for it.’”

Rose, along with a backing band comprised of Jim Beebe on guitar, Greg Orr on bass, Ryan Demenick on drums and her mother Patti McNulty on backing vocals, will be doing just that this Saturday night when she performs two 45-to-60-minute sets at Overneath Creative Collective. 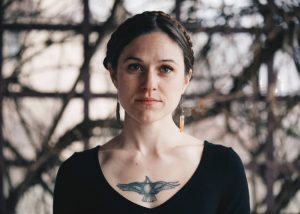 The forthcoming album, which will be engineered live by Overneath’s Gordon van Gent, and then later mixed and mastered by Ian Gorman at La Luna Recording and Sound, will feature all previously unrecorded originals, along with a few covers. With the exception of the covers, Rose — who will play guitar and piano on the night — will be performing the same set twice and taking the best of the two cuts recorded for her album.

Don’t be surprised, however, if there is some starting and stopping over the course of the night.

“We want to show people what the experience of recording is like, so you are getting sort of an inside peek, ” Rose said. “What you see is exactly what you’ll get. I am a perfectionist, but I also like being live, I want that rawness to be there. That said, if we have to start and stop we will.”

A MORE UPLIFTING, OPTIMISTIC SIDE THAN ‘THE OTHER SIDE’

Rose, who recorded her last album, “The Other Side,” in 2015 at La Luna, said her last recording experience also inspired her to go live for her sixth LP.

“On ‘The Other Side’ I was in a little isolation booth, but everyone else was set up in the main room in Ian’s studio playing live,” she recounted. 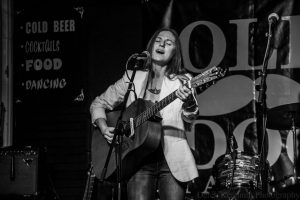 “I thought if we are just going to go into a studio and do that again why not take it to the next level and include people in the process to be able to be there and be able to take that experience home with them.”

Attendees can expect to hear originals such as “Bad Mother,” “Voice of Reason,” “Already Gone” and others that Rose has worked into her sets over the last couple years. New “Bad Mother” merchandise will also be available for purchase, with all proceeds, along with ticket sales, going to fund the production of the album. (Scroll down to check out videos of “Bad Mother” and “Voice of Reason Below.”)

As it pertains to the new material, for those that haven’t caught Rose’s act since “The Other Side” came out, she said they can expect to hear a more “optimistic” and “uplifting” version of herself come through the music.

“‘The Other Side’ was really a breakup album,” she said. “I was leaving a huge relationship with the father of my children and the material on that album is much different than this album (will be). I’ve started to get my life together in a much different way and I think that really shows in my songs.

The songs, she said, also “have a more definitive, crafted sound to them.”

“As a band, we had just come together before tackling the last one,” she said. “I feel we are a much stronger, more cohesive band now and understand each other better and how each other works. They’ve all had a lot more input into the structure and the dynamic of these songs.”

GET IN WHILE YOU CAN

A maximum of 50 tickets, priced at $25, are being sold for each show. At time of publication, about two dozen seats remain available for the 6 p.m. set while just over three dozen remain for the encore performance at 7:30.

In addition to a seat, guests of both performances will receive a copy of the CD when it is finished and have the opportunity to enjoy appetizers and cocktails during the intermission. Tickets can be purchased online here. For more information, visit the Facebook event page.