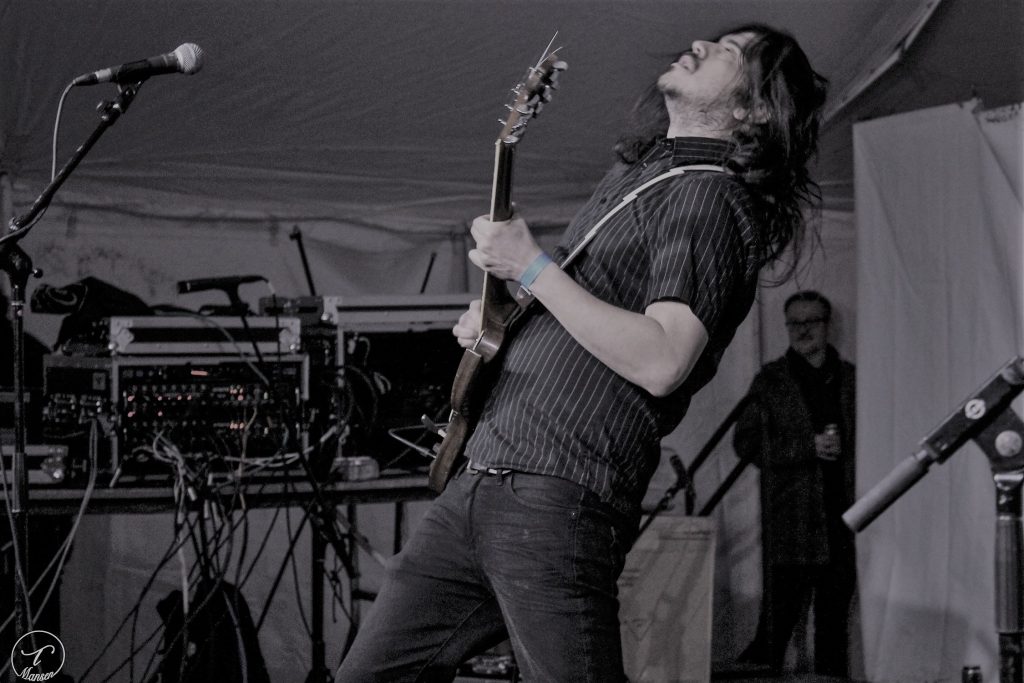 The Time Will Eventually Come: When it’s safe to play shows, but Julio Gomez says now is not that time. (Photo/Taylor Mansen)

EDITOR’S NOTE: The Local Spins Musicians’ Soundboard gives a voice and a platform to Michigan musicians and industry veterans amid a challenging music scene. Today, guitarist Julio Gomez of I Believe in Julio tackles a topic that’s dividing the music community: whether it’s safe to get back on stages to perform. Gomez has been publicly critical of restarting live, in-person shows while COVID continues to spread. Here are his views.

I want to start off by saying I’m not a medical professional.

I’m not a statistician or data analyst or any type of math whiz. I’m also not a philosopher here to argue over what constitutes a low number or how to assess risk properly for yourself and society. These are conversations I’m actually not at all interested in; they’ve been discussed ad nauseum, it’s tedious.

I’m here to speak on the rise of indoor performances and offer some alternatives to, in my opinion, unsafe practice.

If you are looking to point out how the numbers aren’t “that big a risk,” you can save your energy. As someone who has played a lot of competitive games, I can say with confidence that slim odds happen all the time.

We know that indoor transmission is the most likely way of spreading the virus but it can be spread outdoors as well. Data suggests that “possibly” 10 percent is the estimated lowest number of infections that have occurred outdoors. Notice “estimated,” as in, they don’t know for sure. 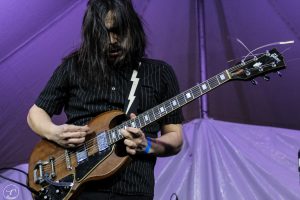 An Explosion of Inspiration: Gomez on stage in 2017. (Photo/Taylor Mansen.

Ten percent is still a significant number and anyone who has had a one in 10 out in gaming will attest to this.

Outdoor shows will be held more and more as the weather warms up in West Michigan with many deciding the risk is insignificant. I’m not offering outdoor shows as an alternative because, like I said, a “possible” 10 percent is a huge number. We can do better.

Up until about a year ago, my life largely revolved around live music. I was an artist, a booking agent and a fan. I chose jobs that allowed me to engage with the live music scene on a regular basis, sometimes four nights a week.

I played my last show (a Local Spins Wednesday showcase at SpeakEZ Lounge) in January of 2020 and I recall there was already growing uncertainty in the air about this newly discovered virus. The main band on that bill actually canceled because of sickness and we all couldn’t help but wonder if it had come to Michigan and what was in store for us. Just a couple months later, many of us lost our jobs and all shows were canceled.

Medical professionals are currently begging people to not gather indoors. Some artists have chosen to ignore these pleas (for like a year now) and continue to gather to rehearse, travel out of state to do live shows, and now officially hold shows in some bars at a time when people are still dying and hospitals are filling up. Again.

On the other hand, some artists who have the creativity to adapt and the discipline to stick with it are experiencing a huge explosion of inspiration in new media and exciting ways to engage with fans.

ADAPTING TO NEW TECHOLOGY AND GETTING CREATIVE DURING A PANDEMIC

We are hearing over and over again that this is an unprecedented time. So why only rely on methods that only worked during the times before this? Things are different, right? Maybe it’s time to change up how we are used to doing things.

In January, my friend and frequent collaborator Dan Fisher and I launched our podcast, Bandscamps. Bandscamps is a weekly show that takes an in-depth look at albums and releases by West Michigan artists. We needed a safe and reliable way to engage with our fans and also wanted to support the scene effectively and with the pandemic in mind.

For the past three months, Dan and I have produced hours of weekly content from the safety of our own homes via video chat. We do a stream from Facebook every weekend with the artists we review. (View podcast episodes online here.)

Of course, I would love to have Dan over to my home studio to jam or have bands over to live-stream their sets. Dan and I could have tried to do it in person, but it’s just not safe yet. As the greater population gets vaccinated, things will change but I suggest we aren’t there yet. 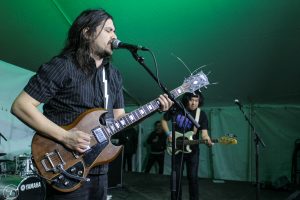 So we listened to the advice of the medical professionals and haven’t gathered.

I’m not the only one adapting to the times. Millions of viewers tune in to live-streams every week. Yeah, it’s weird at first. No, it’s not the same as a live in-person show.

Humans have always resisted adapting to new technology. Remember the first time you sent a text message and were like “What’s the point of this?!?”

Did you know that people literally lost their minds when they first heard recorded music? People thought there were little musicians playing inside the Victrola.

Resistance to new technology is 100 percent understandable and very human. But so is adaptability. So is creativity. Specialization is for robots and insects.

I do realize that some artists just aren’t creative enough to adapt and some are too stupid (selfish? arrogant? I haven’t settled on a term yet – willfully ignorant? delusional?) to know any better. I sympathize, writing is not my strong suit and yet, here I am.

If you are struggling to think of how to continue to engage with your hard-earned fans and promote your beautiful music, I recommend you take a look to the future of music engagement: It’s virtual. The ramifications to accessibility alone are so overwhelmingly positive that all of us should be broadcasting to our fans and community anyway.

Start a Patreon! Download Tik Tok (it’s not just dance trends or so Dan assures me). Write a blog. Write better songs. Record remotely. Sign up for a Twitch account to watch, stream and chat with live artists from all over the world.

We live in a time that affords many opportunities for fans to enjoy your art and even pay you for it. Share that Venmo! Get money, because from what I hear the live shows pay shit right now, so money isn’t the motivating factor. Neither is the lack of avenues for expression. The problem is your ego.

Take a look at what successful artists have done to adapt to these times. Get vaccinated. Wear a mask in public. Don’t ask people to gather so you can play indoor shows right now.

Engage with your fans in new ways. We’ll make it to the other side, someday. I want nothing more than to see you play again live and in person once it is safe to do so.

Until then, you can find me on the Internet.

ABOUT THE AUTHOR: Julio Gomez is a singer-songwriter, lead guitar player, producer, podcaster, live-streamer, independent label owner and media agitator. He fronts the Grand Rapids-based band I Believe in Julio and co-hosts along with Dan Fisher Bandscamps, a weekly podcast and livestream. He releases a record of his father’s music on April 30.