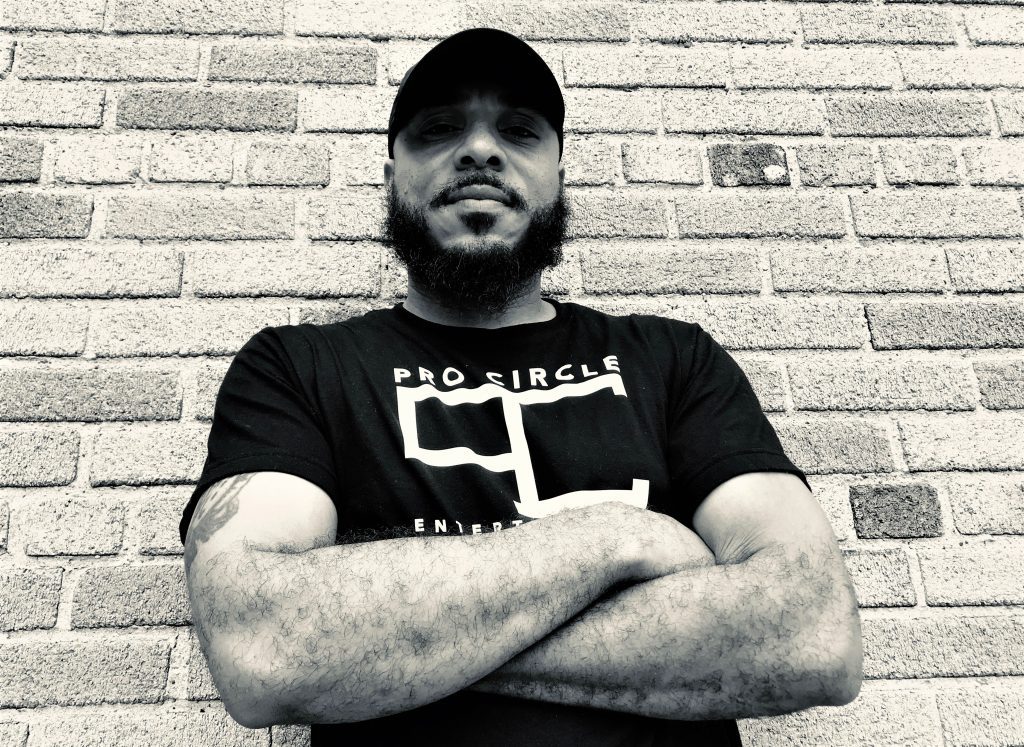 Career Growth: JRob’s album is a milestone recording which gets released Friday night at The Pyramid Scheme. (Photo/Local Spins)

There’s an element of “super hero” in every artist who makes an impact with his or her music.

Grand Rapids hip hop standout JRob concedes he’s a super hero to his kids, but the real super heroes are the characters in one of the lead tracks from his brand new album, “Peace of a King 2.”

“I just try to inspire people because those kids are looking up to me,” he said, insisting that he’s just “a regular guy” making a statement with his song, “Black Super Hero,” which he performed live Friday for Local Spins on WYCE.

“We’ve got a lot of leaders in this community that don’t really get the light shined on them. This is kind of for them.”

Watch the video of JRob performing “Black Super Hero” in WYCE-FM’s Studio X, with the full radio show podcast and interview below.

The 14-song collection — officially being released in a live show at The Pyramid Scheme in Grand Rapids with a host of guest stars on Friday night (Sept. 20) – is the fourth recording from JRob (Jeff Robinson): the culmination of years of work and an undeniable milestone in his career.

Even he conceded that musically, sonically and lyrically, it represents a step up. 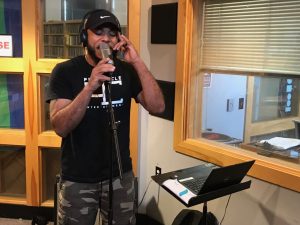 On the Air: JRob performing during Local Spins on WYCE. (Photo/Local Spins)

“I’ve been in love with music my whole life,” said Robinson, who started recording professionally seven years ago and who performs regularly with the band Bedrock.

Although Grand Rapids is his home base, he’s traveled across the country to perform over the years, opening for the likes of T.I., Young Jeezy, Nas, Slum Village and others. He hopes to tour behind the new album, too.

“Peace of a King 2” was recorded at Battle Creek’s House of Trees Studios, with numerous producers on board, including Nixon, NSTLGA, Dizzy Mantra, Man@Work Productions, Sakrafice, B. Coe, Bato and DJ ILL One.

“It really shows the growth of my career, with it still being a hip hop sound, along with new age,” Robinson suggested. “I simply say it is good music.”

Doors for Friday night’s show at The Pyramid Scheme open at 8 p.m. The evening will feature performances by Jon Connor, Lady Ace Boogie, JRob with Bedrock, Speedy, Jailyn Allure and Jay Chill. Tickets are $20 at the door. Details online here.

Friday’s edition of Local Spins on WYCE – which showcases local and regional music at 11 a.m. Fridays on WYCE (88.1 FM) – boasted a record of sorts, with the on-air debut of 10 new tracks, including music by American Hotel System, John Sanger, Brother Adams, The Parking Lots, Dawning, The Pistil Whips, The Aquaerials, The Lighthouse Commission, Drinking Mercury and a West Michigan female super-group which recorded a cover of Fleetwood Mac’s “The Chain” at Grand Haven’s Third Coast Recording.

Listen to the full podcast and watch a video of “The Chain” online here: Female West Michigan super-group releases ‘amazing’ video cover of ‘The Chain’