Kicking off in December, the series will also feature Way Down Wanderers, Roosevelt Diggs, Earth Radio and a songwriters-in-the-round show. Details at Local Spins. 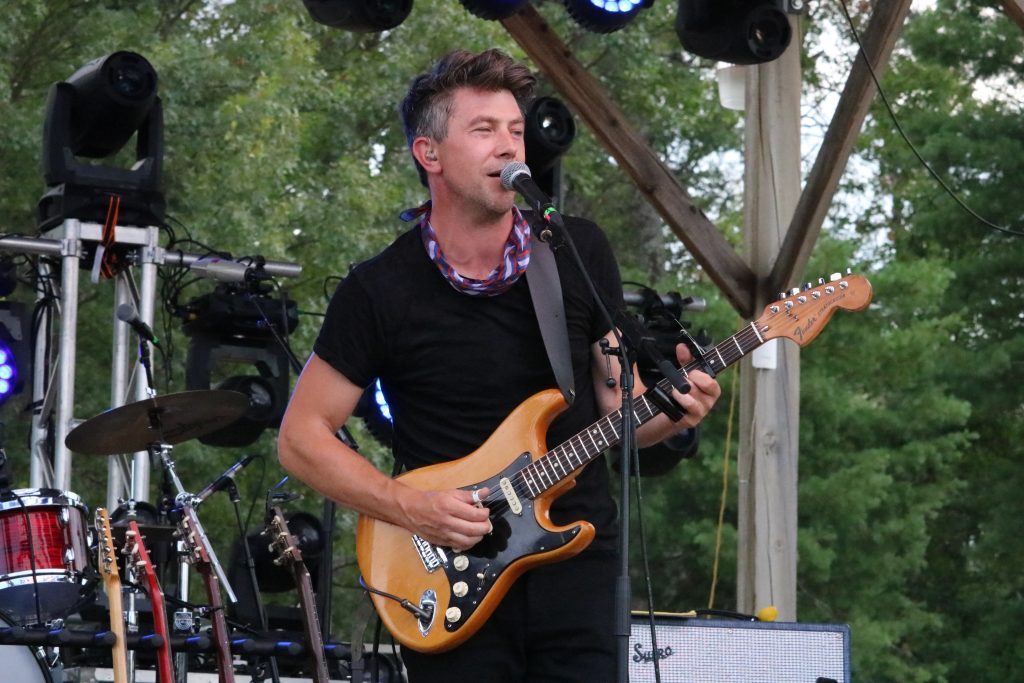 Luke Winslow-King at the Museum: The much-revered Michigan artist plays the series in January. (Photo/Anna Sink)

SCROLL DOWN FOR SPOTIFY PLAYLIST OF FEATURED PERFORMERS

Taking advantage of a beautiful setting and a “big-city” vibe, the Tri-Cities Historical Museum in Grand Haven will once again unfurl its “Music at the Museum” series starting with Way Down Wanders and Roosevelt Diggs on Dec. 6. 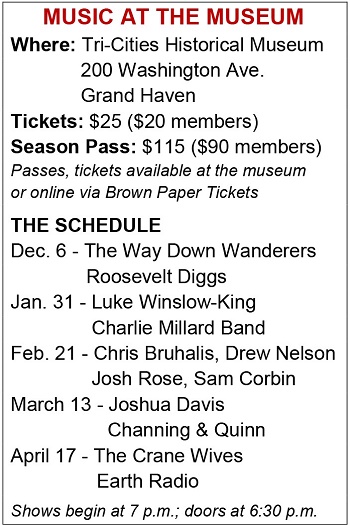 Tickets for the fifth season and individual concerts in the series presented by the Tri-Cities Historical Museum and Red House Concert Series officially go on sale to the public Friday, following a Thursday night members-only event featuring a performance by indie-folk’s Channing & Quinn.

“It’s like having big-city events, but still close by in a small town,” said Jack Clark, co-promoter of Red House, noting organizers wanted to bring back some crowd favorites.

“It is a very affordable way to get through your winter ,- it starts in December and runs through April… then we are all ready to go back out and enjoy the great West Michigan weather.”

Noted Red House founder Marianne Fischer: “Since we connected with the Tri-Cities Historical Museum, it really took off – and the support from the community has been incredible.”

And word of the series has been spreading.

“It is getting out there,” she said. “Music at the Museum shows did feel like an inside, Grand Haven thing, but now it is introducing more people to what is going on.”

MUSIC AT THE MUSEUM: The Local Spins Playlist on Spotify