It’s the third location in several years for the summer series, which kicks off June 8 and runs through mid-August. Check out the full summer schedule at Local Spins. 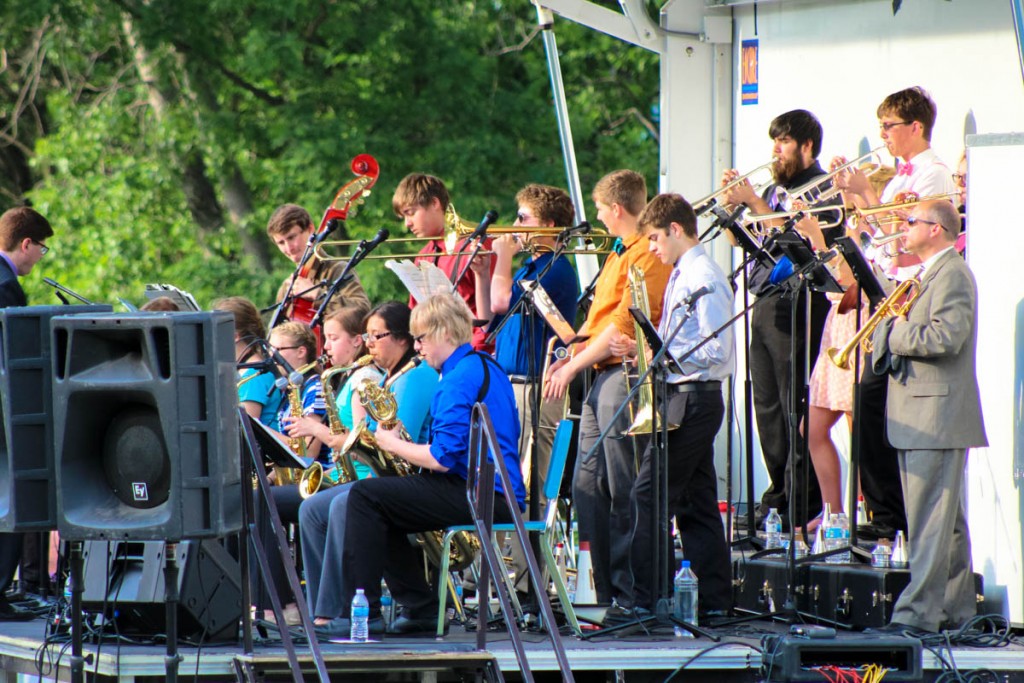 After four summers at downtown’s Ah-Nab-Awen Park, the West Michigan Jazz Society will move its Monday night Jazz in the Park series to a new location: Millennium Park Meadows in Walker.

Citing parking issues, construction hindrances and “other inconveniences” at Grand Rapids’ Ah-Nab-Awen Park where the free series has been held since 2015, the Jazz Society decided that the roomy new location provides a “beautiful setting” with ample parking and a pavilion that can be used in case of rain. 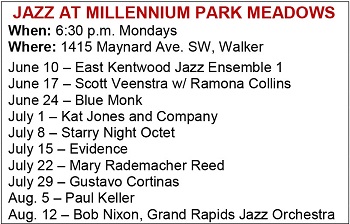 As Jazz Society president Shannan Denison put it, “parking is a biggie” for series attendees.

“It’s all free parking now and easier accessibility for our older members,” she said of the move to Kent County’s Millennium Park site, which has paved parking for 265 vehicles and some overflow grassy parking. Restrooms also are available nearby.

“(The move is) mainly because of construction hampering us, but also cost, yes,” she said. “The Grand River project is imminent (near the downtown site), but also everything happening around it with the Amway Grand Plaza, I-196, other building construction going up causing that area to be very congested. Also, the city costs are more expensive than the county.”

FROM ‘JAZZ IN THE ZOO’ TO MILLENNIUM PARK

Eva Esitek of the Jazz Society added that noise from the I-196 expansion project also was a concern at the downtown location. 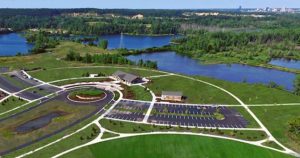 It’s the second move in five years for the series, which kicks off June 10 with the East Kentwood Jazz Ensemble.

For 14 years, the Monday night jazz series took place at John Ball Park on Grand Rapids’ West Side, billed as “Jazz in the Zoo at John Ball Park.” But in 2015, with rental rates for the John Ball Park bandshell rising, the series moved downtown to Ah-Nab-Awen Park in front of the Gerald R. Ford Museum.

The new site provides organizers “with something we have missed since our days at the zoo: permanency in a beautiful setting and greater opportunity for recognition in order to grow our membership” by reaching out to residents of “neighboring towns.” 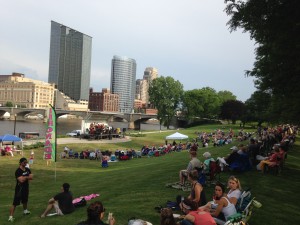 The new concert area and Currie Amphitheater are at the east end of Millennium Park – about five miles from downtown Grand Rapids.

Although moving the series again is a concern, Denison said organizers expect to “have more attendance once people become aware of the change.”

As in past years, attendees are encouraged to bring blankets, lawn chairs and picnic baskets, as well as “a hat, sunglasses and perhaps an umbrella” as there are no trees in the area.

Food vendors also will be nearby, according to the Jazz Society.