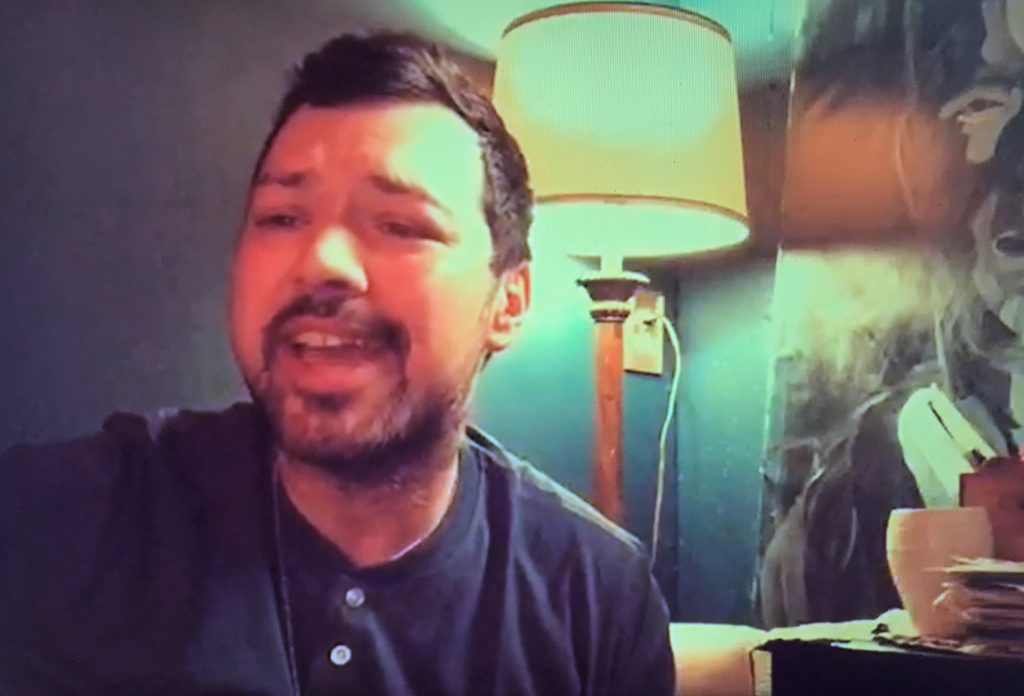 A ‘Mopey Guy’ with a Sense of Humor: Jason Roy of The Soods.

Jason Roy figures The Soods represent the ideal, collaborative approach for his take on songwriting, recording and performing.

Because he relishes his “sideman” role, the Grand Rapids guitarist and one-time member of Elroy Meltzer concocts the instrumental foundation for songs by The Soods before bringing in a variety of other artists to sing the tunes and help write the lyrics.

His reluctance to be a frontman also explains his refusal to stage live-stream solo concerts that have become wildly popular as a live music option during the current stay-at-home, coronavirus pandemic.

“I’d rather just have to eat Ramen noodles,” he quips. 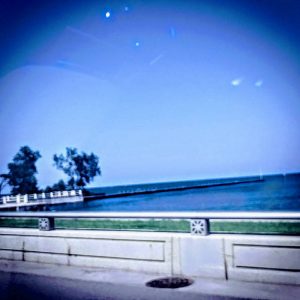 “I mean, I could see doing it as maybe a comedic anthropological experiment of like how many people are going to tune in to see this guy who’s got so much fear in his eyes and looks like a giant cherry tomato.”

Roy says he’s far more comfortable creating music videos because he’s a “control freak” and worries that “anything could go wrong live. I like being the sideman off to the side.”

That sideman mentality has served Roy well, not only through numerous studio albums recorded with longtime chum and collaborator Steven Meltzer in the “weird folk” group Elroy Meltzer but with his own creative, indie-rock project, The Soods, over the past couple of years.

Although Roy counts varied influences for his recent work – saying he’s been listening “to tons of REM, Jeff Tweedy, Ride, Father John Misty, David Bowie, CCR, Nick Drake and obviously Guided By Voices” – he grew up enamored of Oasis, the Beatles, Neil Young, The Rolling Stones and The Band.

“I got super into The Band toward the end of high school,” he recalls. “That became such an obsession that I watched ‘The Last Waltz’ every day after school for my entire senior year.”

Although he describes himself as “a mopey guy” with melancholy as his “baseline,” comedy is also a passion and turns up in his work. 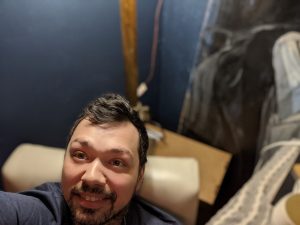 “What’s life without laughter, right? The sad things in life, they’re a bit easier to write about in terms of turning the faucet on. But if you can’t laugh at the crappy parts of life, how do you know what the happy ones are?”

“I tend to think of The Soods as like an indie-rock Gorillaz type of thing. That’s not to put me on anybody’s level. That’s just the closest comparison,” he suggests.

“The process is that I will record and arrange the instrumental and then I just think of who I want to hear sing it. From there, I’ll send it off to said singer, they’ll write the lyrics and then we’ll get together and record them.”

The Soods released a full-length album, “Extemporary,” in 2019, followed by a series of singles and a split EP with the band Drinking Mercury. 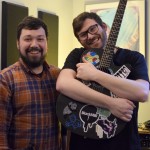 Roy said he initially had hoped to release his second full-length album, “Ornaments of Affection,” in early April. But the COVID-19 crisis turned those plans into “a pretty big dumpster fire” and forced cancellation of dozens of upcoming performances in six states.

Now, he speculates the album on GTG Records might get released in late June, giving him time to add a couple of “easy breezy, windows-down” summer songs to the mix.

He’s also co-written a dozen songs with Meltzer during the pandemic. And while the upheaval caused by COVID-19 has been disappointing, he’s taken it in stride.

“There are much bigger things going on in the world,” he says, “and we’re all in the same boat.”

This week’s edition of Local Spins on WYCE — which showcases Michigah music at 11 a.m. Fridays on WYCE (88.1 FM) — also featured the on-air debut of tracks by the Celeste Allison Trio (Allison will be next week’s special guest on the show), Kid Icarus, Alluvial Fans, John Davey, Pink Sky/Stitxhes and Brent Godfrey, as well as tracks by LVNMUZIQ, Deep Greens & Blues and Elroy Meltzer, which not surprisingly was this week’s musician’s pick by Roy. Listen to the full podcast here.