In its heyday, Idlewild was a robust summer destination for African-American stars and their fans. The July 12-14 Idlewild festival will pay homage to the past with musical performances and education sessions. 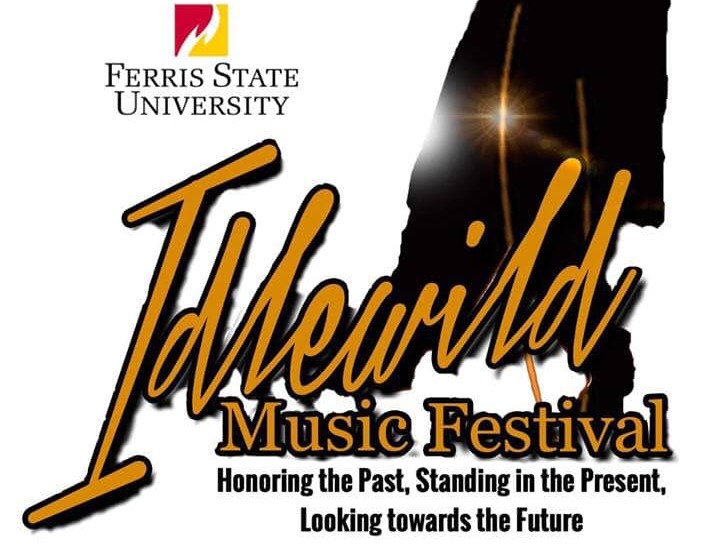 Music and More: The festival will include everything from a movie screening of the Aretha Franklin documentary to sxhibits and speakers.

At the height of the Michigan resort Idlewild’s popularity in the 1950s, more than 25,000 vacationers would flock to the African-American community near Baldwin during the summer to pack venues such as The Flamingo and Paradise Nightclub.

With stars such as Della Reese, The Four Tops, Jackie Wilson, Etta James and Aretha Franklin on stage, fans reveled in the entertainment offerings in Idlewild, which was established in 1912 during the Jim Crow era.

It was one of the few resorts in the country that allowed African-Americans to vacation and purchase property until passage of the Civil Rights Act of 1964. 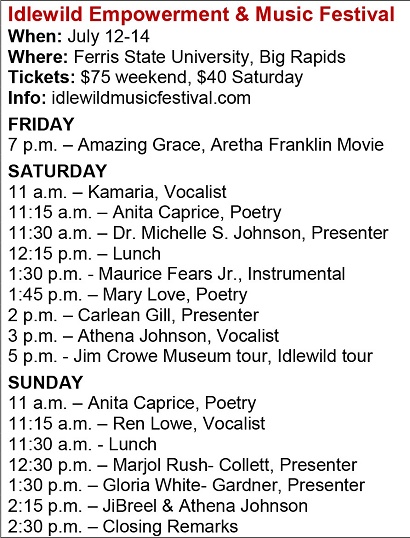 And while the community has declined in popularity, the annual Idlewild Music Festival has helped keep the history and cultural significance of Idlewild alive.

This year, with anticipated higher attendance numbers and opportunities for a more in-depth educational experience, the July 12-14 event has been relocated to the campus of Ferris State University in Big Rapids, about 30 miles away.

“I wanted to bring more attention to the legacy, the entertainment and the empowerment that encompasses the Idlewild legacy,” said Theresa Randleman of T. Rose Productions, who started the festival five years ago.

“I noticed that people are not familiar with Idlewild so I started doing the festival to bring greater awareness,” said Randleman.

Randleman’s entertainment company has produced other festivals with a historic legacy, but none with as much significance as this one. 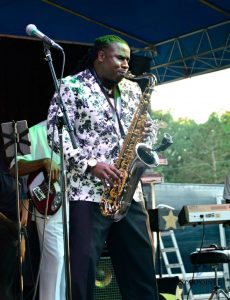 Idlewild Music: This is the fifth year for this festival. (Courtesy Photo)

In years past, the festival has been held at the Idlewild Cultural Center. But with attendance numbers exceeding the capacity of the facility the past two years, organizers were forced to stage sessions outside.

The new location provides more seating, larger performance spaces and expands educational opportunities as part of the festival, which features speakers, entertainers and poetry. About 500 people are expected to attend.

“We wanted to increase the level of the education. We will have many presenters and the Jim Crow Museum at Ferris will add a great impact to what our goal is with educating our attendees of what took place years ago,” said Randleman.

A nationally registered African-American resort, Idlewild drew legendary acts in the summer, including late Detroit soul icon Aretha Franklin, who will be honored at this year’s festival with tribute performances of her greatest hits.

A Legacy of Iconic Performances: Idlewild enjoyed its heyday in the 1950s.

Performers will include Kamaria, Ren Lowe and Athena Johnson, with youth acts Maurice Fears and JiBreel Johnson, among others.

The weekend will also include a poetry tribute to Langston Hughes (a frequent visitor to Idlewild), keynote speakers and brunches revolving around the culture and music of Idlewild.

School across the Midwest will also send students to the festival, giving them a chance to experience living in the dorms on campus for a short time.

The festival will also include a guided tour of Idlewild’s cultural center on Saturday evening.

Those interested can get tickets and register to attend online here.