After being closed the past year – outside of a brief stint last summer – the Grand Rapids venue is now packing its weekend schedule with West Michigan acts. The story, plus concert listings for other area bars. 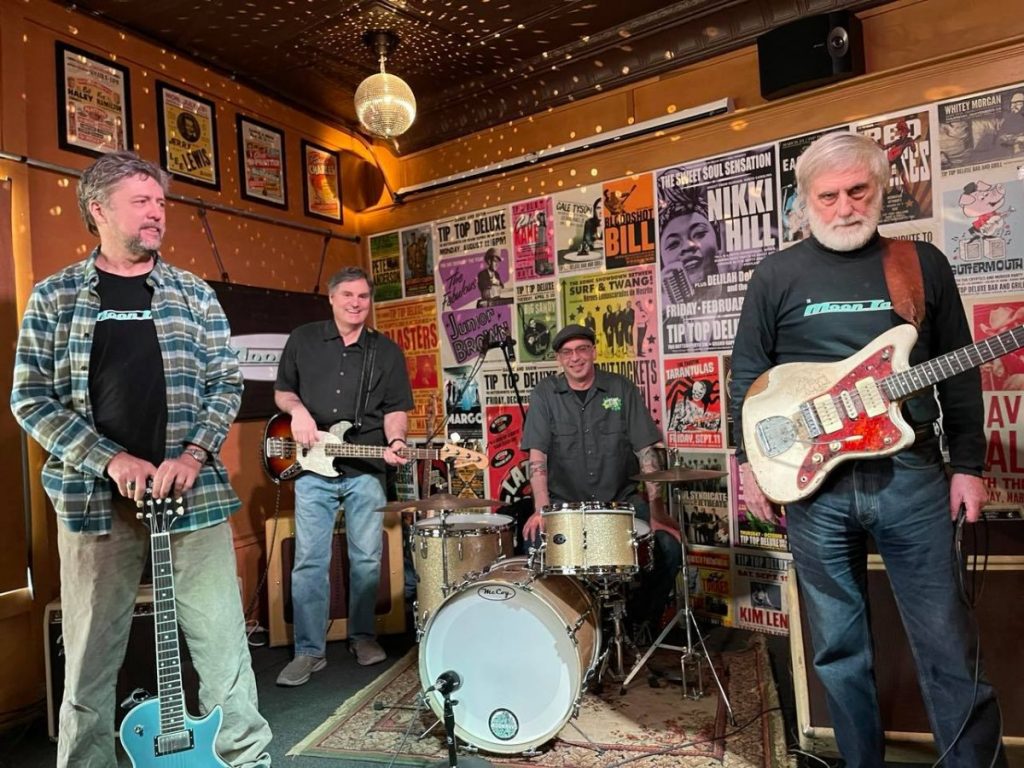 Back at Tip Top: The Moonrays will be the first band to play a public show at the venue in months. (Courtesy Photo)

SCROLL DOWN FOR THIS WEEK’S CONCERT LISTINGS

Understandably, after a year of COVID turbulence, Tip Top Deluxe Bar & Grill co-owner Ted Smith is “nervous and excited” about this week’s reopening of the beloved and intimate music venue on Grand Rapids’ West Side.

After officially flinging open its doors Tuesday with a comedy night – followed by DJs spinning alternative music on Wednesday and rock ‘n’ soul on Thursday – Grand Rapids surf-rockers The Moonrays at 7 p.m. Friday will be the first band to take the Tip Top stage since a few limited shows last summer. 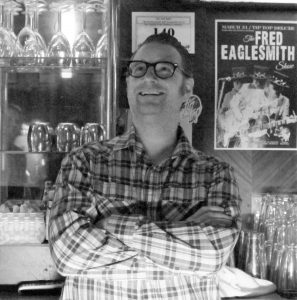 Due to the state’s current 50-percent, indoor capacity restriction, Smith said he’s limiting show attendance to 70 people – selling a maximum of 60 tickets in advance. Tickets are $5 each night and available online here; masks must be worn.

Smith is looking ahead to a more robust concert schedule down the road.

“I have several great national shows on hold in the fall, and am filling up dates with locals now,” he told Local Spins.

For The Moonrays – whose difficult year of COVID included the death of former guitarist Michael Hall II after a battle with leukemia — it will be their first performance in a year and the first since Hall passed away.

“We will be missing him for sure, but Michael wanted us to keep playing. He lived for live music and it’s very fitting that our first gig is at the Tip Top Deluxe,” said bassist Jim Braun. “That was one of Michael’s favorite places to hang out and to play. It’s very nice of Ted Smith to welcome back live music with The Moonrays. I’m sure we will have a few toasts dedicated to Michael’s memory as we play.”

The current lineup of the band features Braun on bass, Fitz Green and Mark Huizenga on guitars, and Dan “DJ” McCoy on drums. And they’re all eager to knock off the rust. 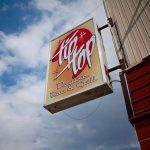 A West Side institution.

“It’s been tough to keep practicing without a live event coming up. With no feedback from the audience, there’s not the motivation to keep the calluses on the fingers,” Braun said. “I set up my bass amp in the kitchen and told my wife that I’m not removing it until we get to play out. She can’t wait for us to get out again!”

One thing to note: Because bars currently are required to close by 11 p.m., bands are taking the stage earlier than usual at the Tip Top.

The Tip Top’s weekend performance schedule continues with the Aquatoons guitar duo on April 2, The JetBeats and Jesse Ray on April 3, Weezil Malone Band on April 9 and Dusty Chaps on April 10. Get details and find more events on the Tip Top’s Facebook page.

Of course, other West Michigan bars and various venues are starting to offer live music as well. Here are the lineups for some of them: