It’s Feb. 2, which means it’s time to honor groundhogs, “underground” musical gems we’ve dug up and, of course, that classic Bill Murray movie that most of us have replayed again and again and again. 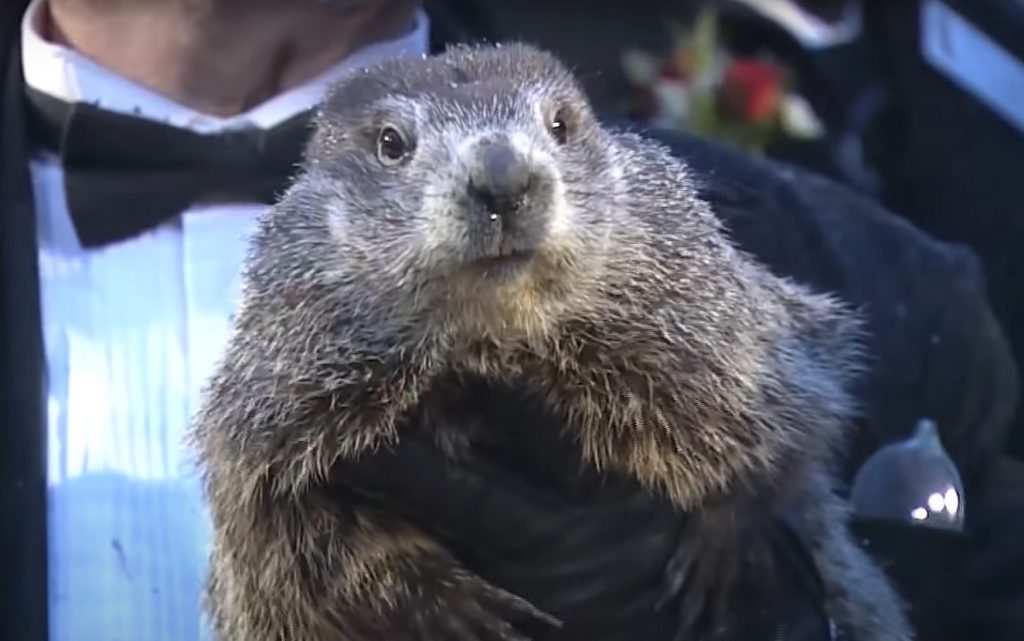 By now, Punxsutawney Phil already has seen his shadow to guarantee six more weeks of winter and burrowed back into his Pennsylvania hideout to get some more shuteye — and escape from the probing eyes of crazy humans who’ve created a peculiar legend that interrupts his hibernation every Feb. 2.

What you may not realize is that groundhogs, aka woodchucks, are marmots — essentially just giant squirrels also known as land beavers and whistle-pigs. Yes, whistle-pigs.

You also may not know that groundhogs can excavate burrows that are more than 60 feet long with numerous chambers and exit holes. And that there’s actually a movement afoot to replace these shy, weather-predicting critters with robotic groundhogs that can detect shadows on Groundhog Day. Seriously.

So, with all that in mind, Local Spins has dug up a special Groundhog Day playlist of little-known “underground” classics (along with a few appropriate hits) to honor marmots and their tunneling prowess, as well as that treasured cinematic tour de force.

And if this doesn’t tickle your Phil Connors fancy, we promise we won’t repeat this …

1. “Groundhog Days,” Manic Street Preachers (2001) – Not sure why I hadn’t run across this track before, but this under-appreciated B-side to the 2001 single, “Ocean Spray,” from this Welsh rock band revs up pretty impressively.

2. “Groundhog’s Day,” Primus (1990) – Even marmots would find lots to like about this fun and funky tune from Primus’ “Frizzle Fry.”

3. “Groundhog Day,” Big Sugar (1992) – Unless you’re from the Great White North, I’m guessing many of you have never heard of the Toronto blues/rock outfit Big Sugar, led by Gordie Johnson. Well, it’s high time you did. Johnson and his cronies unleash their music with raw fury.

4. “Walking Groundhog,” Johnny “Man” Young (1985) – Speaking of the blues and artists who deserve more attention, guitarist and mandolinist Johnny “Man” Young was one of the pioneers of Chicago’s electric blues movement after World War II. If I was a groundhog, I’d be shaking my booty to this one.

5. “Marmot,” Baby Rose (2020) — One of the newest tracks on this playlist wraps up our musical homage to woodchucks and giant squirrels with a dreamy and psychedelic pop groove, courtesy of Washington D.C. R&B singer Baby Rose.

6. “Going Underground,” The Jam (1980) – This was the first British No. 1 single for this “mod revival” and punk-hued band, and happens to be the first song on this playlist that starts us burrowing below the surface for other Groundhog Day gems.

7. “Underground,” David Bowie (1986) – As David Bowie puts it in this track from the “Labyrinth” soundtrack, “down in the underground you’ll find someone true.” Or at least, another woodchuck.

9. “Underground,” Ben Folds Five (1995) – “I was never cool in school,” this track by Ben Folds Five begins, an anthem for social outcasts tunneling into the underground music scene.

10. “Tunnel,” Michigander (2018) – While on the subject of tunnels, we gotta give a shoutout to the Great Lakes State, which after all, boasts plenty of groundhog burrows. Michigander, aka Jason Singer, released this infectious single a few years ago.

11. “Neighborhood #1 (Tunnels),” Arcade Fire (2004) – The opening song to Arcade Fire’s debut album has absolutely nothing to do with woodchucks. But it’s a great slice of music.

12. “Digging in the Dirt,” Peter Gabriel (1992) – For obvious reasons, this rhythmically catchy single from Peter Gabriel’s “US” couldn’t be left off the list, just for the sensational video alone — which takes you into some creepy underground burrows.

13. “Over and Over,” The Go Rounds (2019) – If you have to relive a day again and again, a la Bill Murray (Phil Connors) in “Groundhog Day,” there’s no better band to put on repeat — over and over — than Kalamazoo’s The Go Rounds.

14. “I Got You Babe,” Sonny & Cher (1965) – No Groundhog Day playlist would be complete without this No. 1 Sonny & Cher hit that annoyed Phil Connors to no end as the clock radio woke him to the same day repeatedly. Actually, this pop ditty has held up better than you might think. Unless you’re stuck listening to it every morning for 365 days in a row …

NOTE: The tracks by Manic Street Preachers and Johnny Young are so underground, they’re not available on Spotify.