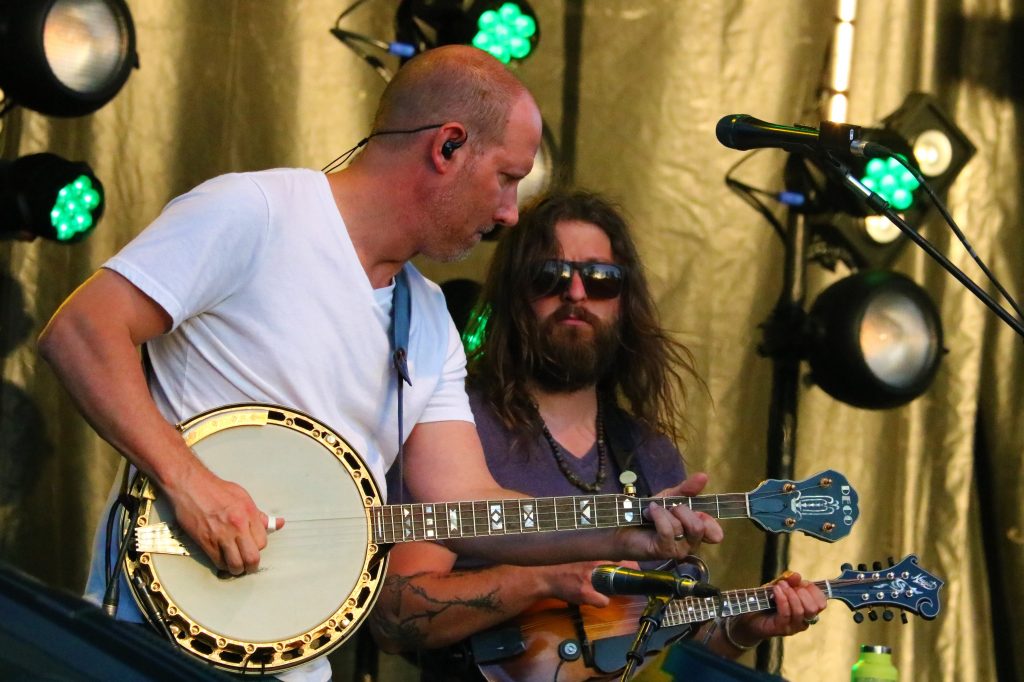 SCROLL DOWN FOR VIDEOS AND TICKET LINKS

To describe members of Greensky Bluegrass as “super-psyched” to once again play Michigan shows this weekend for the first time since 2019 would be a monumental understatement.

Of course, the same goes for fans of the nationally acclaimed, progressive bluegrass powerhouse that formed in Kalamazoo more than 20 years ago.

Thousands of them will be out in full force for the first-ever, three-night stand by Greensky Bluegrass at Shagbark Farm near Caledonia starting Friday.

The band and Hoxeyville Presents arranged the mini-festival at the longtime site for the Cowpie Music Festival – with openers Sierra Hull (Friday), Railroad Earth (Saturday) and Steppin’ In It (Sunday) – after canceling early June’s planned Camp Greensky for the second year due to the COVID pandemic. 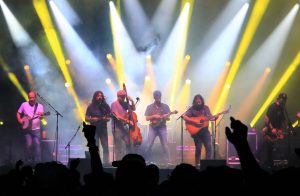 “It was really hard for us to even consider it,” banjoist Michael Arlen Bont said of postponing Camp Greensky earlier this year.

“There’s this whole period of not knowing and wanting to keep people safe. It’s been really hard for us … That’s why we wanted to do these shows (at Shagbark Farm) because we wanted to do something in Michigan because that’s our home base. All of the guys are super-stoked to come back and play shows here.”

Considering that pent-up Michigan demand, fans can expect to hear some new material and, as usual, experience a different Greensky Bluegrass set each night for the band’s Shagbark debut.

“That’s kind of our thing. We have special things planned. I can’t tell you what they are, but it’s going to be cool,” said Bont, the only band member still residing in Kalamazoo.

“We have been working on recording a new album lately, so you never know, we might play some songs that we’ve never played. Every show is completely different from the one before.”

MUSIC WITH NO BOUNDARIES AND ANTICIPATION FOR A BIG HOMECOMING

Of course, those unique sets always feature a mad mix of different genres and influences.

“In our world, it’s just furthering our music and allowing our other influences to infiltrate our music and effects – not being held to a particular sound,” insisted Bont. “We never had any boundaries.”

Band members also are always adding to their repertoires: Bont said he spent much of the pandemic shutdown addressing “the technical side” of his playing, as well as taking a college-level classical guitar course. 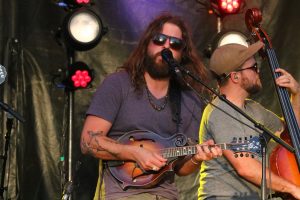 While other band members currently are spread across the United Sates – in Colorado, Tennessee and California – they still consider Michigan their home state thanks to an uber-avid fan base.

“I’m super-psyched. I’ve heard really great things about the venue,” Bont said, adding that Shagbark Farm’s location south of Grand Rapids makes it more convenient than northern Michigan for fans traveling from out of state. “We wanted to make it accessible for everybody.”

While discussing the Great Lakes State, Bont couldn’t help but praise another Michigan native in the bluegrass realm who’s made a big impact nationally after cutting his teeth on stage years ago with Greensky Bluegrass: Billy Strings.

“I honestly couldn’t be happier for him,” Bont said of the bluegrass guitarist who recently won a Grammy Award and whose band has been selling out venues across the country.

“He’s always been like the little brother,” said Bont, noting the guitarist was “one of the biggest Greensky fans” as a young musician.

“He deserves it (accolades) because the first time I met him, he was 13 or 14 and he played just as good as he does now. His star is bright for sure.”

Weekend tickets for the Greensky Bluegrass run at Shagbark Farm are $170 for adults with camping ($150 without) with discounts for children. Day passes are $50. Get tickets online here.