The festival creates a ‘unique experience’ for musicians and attendees in a historic building, with E Minor, Oh Brother Big Sister and more playing the ninth annual event. 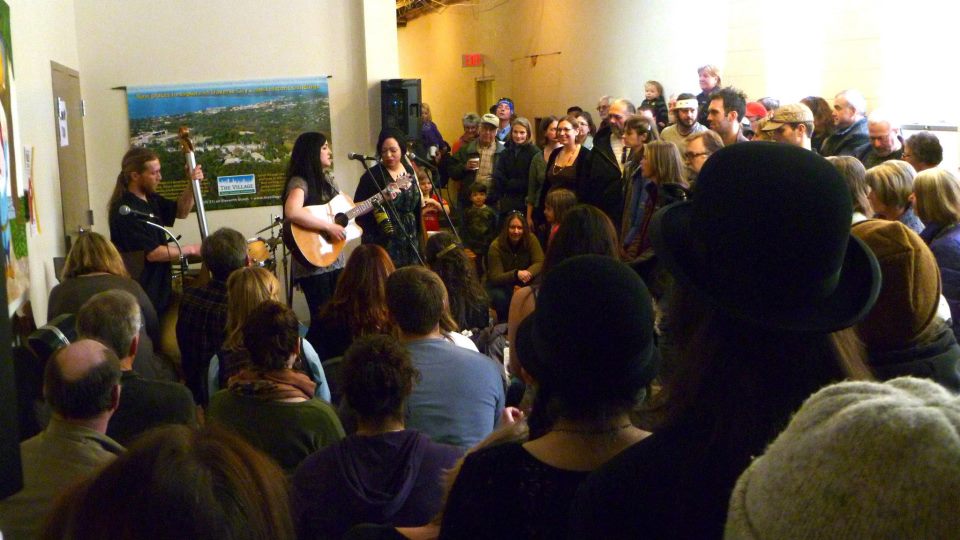 SCROLL DOWN FOR THE FESTIVAL SCHEDULE

Wintry weather is set to return to Michigan this weekend, but that’s just fine with organizers of an upcoming Traverse City folk festival. 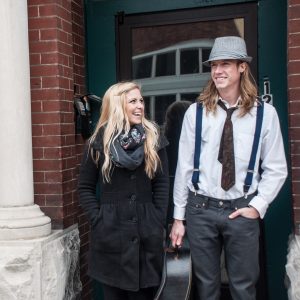 Things will be nice and toasty on Sunday inside Building 50 of The Village at Grand Traverse Commons where several dozen northern Michigan acts – from newcomers to popular established artists – will strut their stuff for the ninth annual Great Indoor Folk Festival.

“It’s such a great community event,” said Elizabeth Landry, aka Traverse City singer-songwriter E Minor, who’s played the festival several times and performs with slide guitarist Joe Wilson and upright bassist Caul Bluhm on the New Folk Stage at 12:40 p.m. “It’s a unique experience because you get to see so many different and amazing artists.”

Oh Brother Big Sister, a popular sibling duo from Grayling, describes the event as a “great opportunity for us to spend time with other musicians” and to “bring our music to new people.”

The festival will boast performances by more than 50 folk and acoustic acts on several “stages,” with 1,000 people expected to attend the free event organized by Northern Michigan Songwriters in the Round.

Beyond the performance areas set up in the Mercato corridor of Building 50, satellite stages will host sets at the Left Foot Charley winery and Higher Grounds, across the parking lot. The festival runs from noon until 5:30 p.m. Sunday.

“We have performed at the Great Indoor Folk Festival for the past three years and have loved it every year,” said Penny Jean Rosin of Oh Brother Big Sister, which will perform originals and covers at 2 p.m. Saturday on the New Folk Stage. “We often have people tell us that the first time they heard us was at the Great Indoor Folk Festival and they have been following us ever since.” 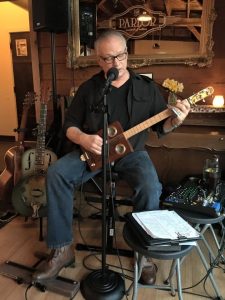 Adair Cordell, co-founder of the songwriters’ group, called it “one of the top events of the year for many local musicians and way to beat the winter blues.”

Miller, of course, will be playing the blues – plenty of roots and Delta blues, along with his original tunes.

“It’s a great event. There are around 60 acts on multiple stages and a wide variety of great music,” said Miller, who will play a National resonator guitar, parlor guitar and cigar box guitar as part of his 5 p.m. set on the Solo Stage.

In addition to veteran acts such as Miller, who’s currently at work on his second album, and popular northern Michigan performers such as New 3rd Coast, Song of the Lakes, Jim Crockett Band, E Minor, Dede & The Dreamers, Older than Dirt Boys Band and Oh Brother Big Sister, the festival spotlights new acts “to showcase young talent,” according to Cordell.

That includes newcomers Luke Krowlikowski, The Jameson Brothers, Ella McDonald, Tess Considine, Summer Green and many others. The festival also features an open-mic stage at Another Cuppa Joe coffeehouse where anyone can stop by to play.

“For a working musician, it can be really hard to get out to support the music you love. For me, it’s a place that I can see and connect with some of my closest friends and show my support,” said Landry, who plans to release a new album later this year.

“For the guests, it’s a very authentic experience. My favorite thing about the whole festival is walking the halls of the Mercato and hearing the music echoing all around you — all while touring the old and historic state hospital. There is nothing like it.”

Get more information online on the festival’s Facebook page, with the full schedule below. Find directions to The Village at Grand Traverse Commons here. 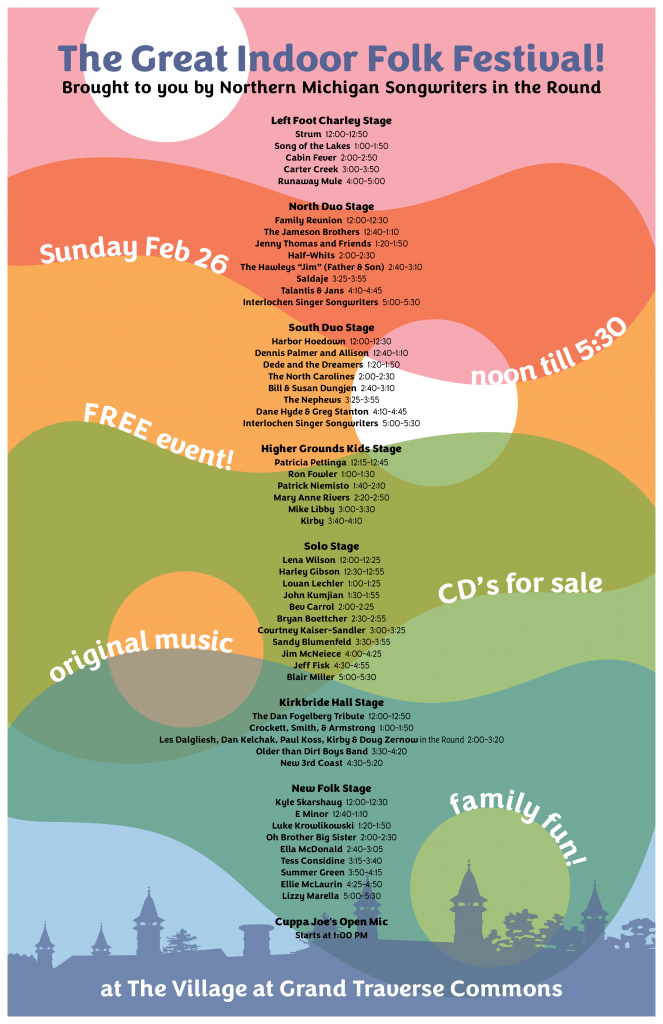