With help of a grant, GVSU’s nationally acclaimed contemporary classical group – which has performed the music at National Parks across the country — will release the CD in April. 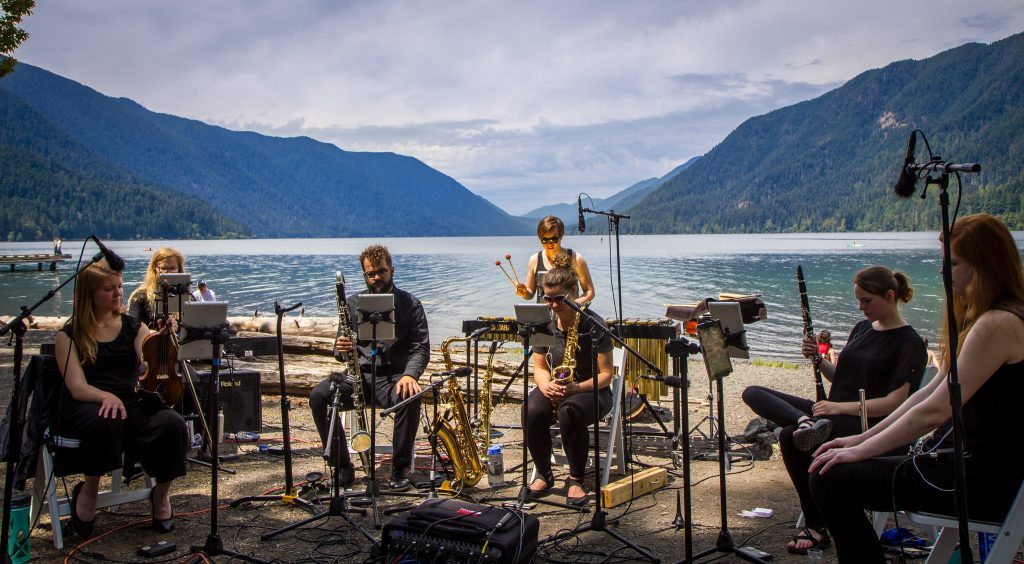 SCROLL DOWN FOR A VIDEO, PHOTO GALLERY FEATURING THE NATIONAL PARKS PROJECT

Grand Valley State University students head back to class next week, but some of them already have been hard at work on a unique musical project that’s taken them to National Parks across the country and will likely add to the widespread accolades they’ve already received.

The New Music Ensemble at GVSU is polishing off work on a new album set for release next spring that was inspired by the beauty and power of the country’s National Parks.

“We have been working on this project since 2014 where we ask composers to write for a specific park,” said Bill Ryan, director of the ensemble. “Then we go to the park to play the music that inspired it.”

The commercial “Dawn Chorus” album officially gets released next spring – on April 24, 2020 – showcasing a collection of music the New Music Ensemble has performed in the National Parks to which they have traveled.

The music, Ryan said, reflects the immense diversity of the parks while capturing their breathtaking landscapes and natural beauty.

“There will be 11 compositions from Arches, Capitol Reef, Wind Cave, Badlands, Yellowstone and Grand Teton National Parks,” said Ryan, who started the New Music Ensemble in 2006 in an effort to provide a more enriching musical experience for GVSU students.

“I am a composer myself and advocate for new contemporary music,” Ryan said. “We didn’t have anything like that in place. When I was hired, I wanted to start something where we would have a vehicle in place and to bring in composers and play students new compositions.”

He added: “We have student compositions that we play as well as new professional pieces that are being written for us by composers.”

As a result, the New Music Ensemble has earned widespread, national acclaim for its recordings and its approach, with profiles in numerous publications including The New York Times and Billboard magazine.

GETTING ‘A LOT OF ATTENTION ON THE NATIONAL LEVEL’

The group has released four critically acclaimed recordings that were named to year-end best-albums lists by the New York Times, National Public Radio, The Washington Post, The L.A. Weekly, Time Out Chicago and others.

The ensemble also has been featured in WNYC’s Radiolab with its music appearing in film and television shows and at film festivals around the world.

In July, the New Music Ensemble received a $4,000 New Music USA grant to help cover the costs associated with having the upcoming album professionally mastered for commercial release. Only 114 grant awards were made from about 1,500 applications, and it’s the second New Music USA Project Grant the group has received.

“Historically, our recordings have gotten a lot of attention on the national level and we are very excited about this award,” Ryan said. 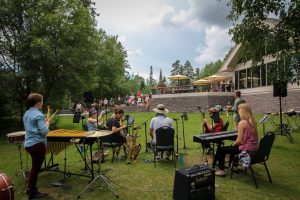 The ensemble has completed five major concert tours: the Mid-Atlantic in 2011, National Parks in 2014, 2016 and 2018, and the Midwest in 2016. With the help of donations and grants, students have performed their music in Arizona, Colorado, Georgia, Illinois, Indiana, Maryland, Minnesota, Montana, New York and elsewhere.

And Ryan said the group will continue to travel and share its music.

“I think it’s a unique opportunity for students to present new music that has never been presented before,” Ryan said. “You don’t get that opportunity a lot with classical music.”

Students are given the opportunity to work directly with the commissioned composer on pieces written specifically for each instrument. This gives students insights into how each part is played. It also allows students to understand the emotion and meaning the composer wants the audience to take away from the piece.

“I tell the composers the instruments and they write for them,” Ryan said. “If they are local, they will come in with rough drafts and performance material to work with the students on.”

The instruments vary, but usually include flute, clarinet, saxophone, violin, cello and percussion as well as electronic platforms. 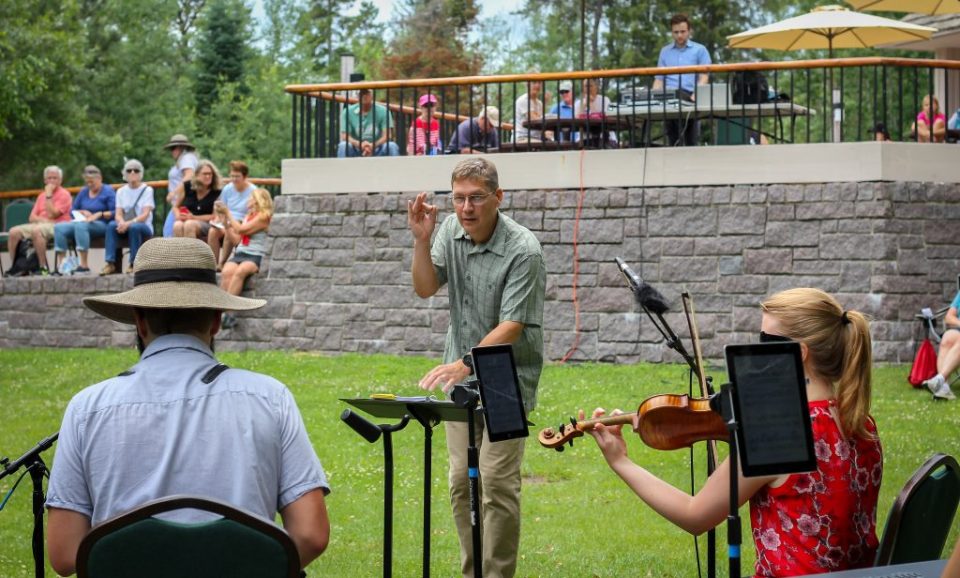 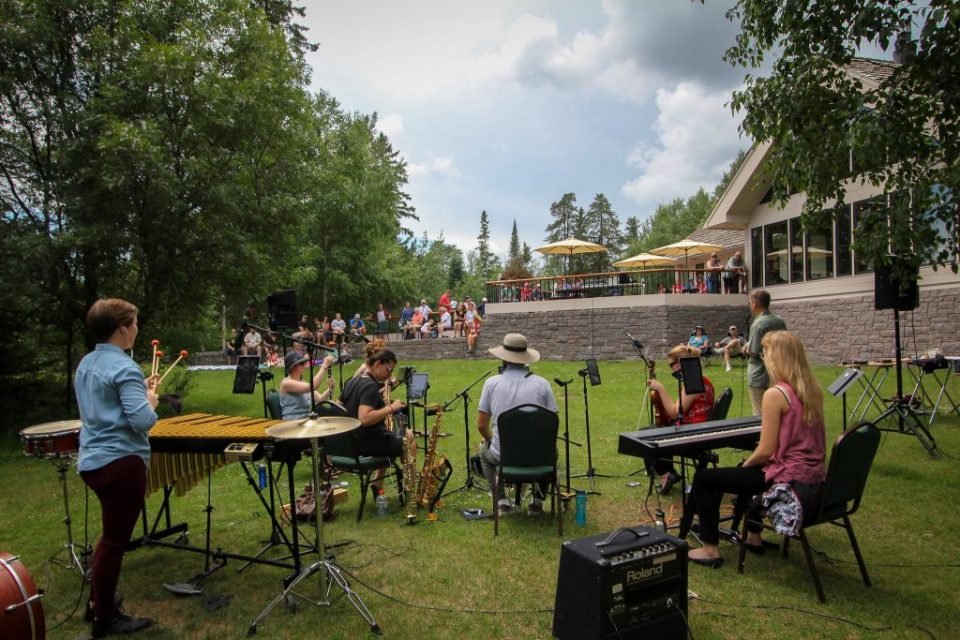 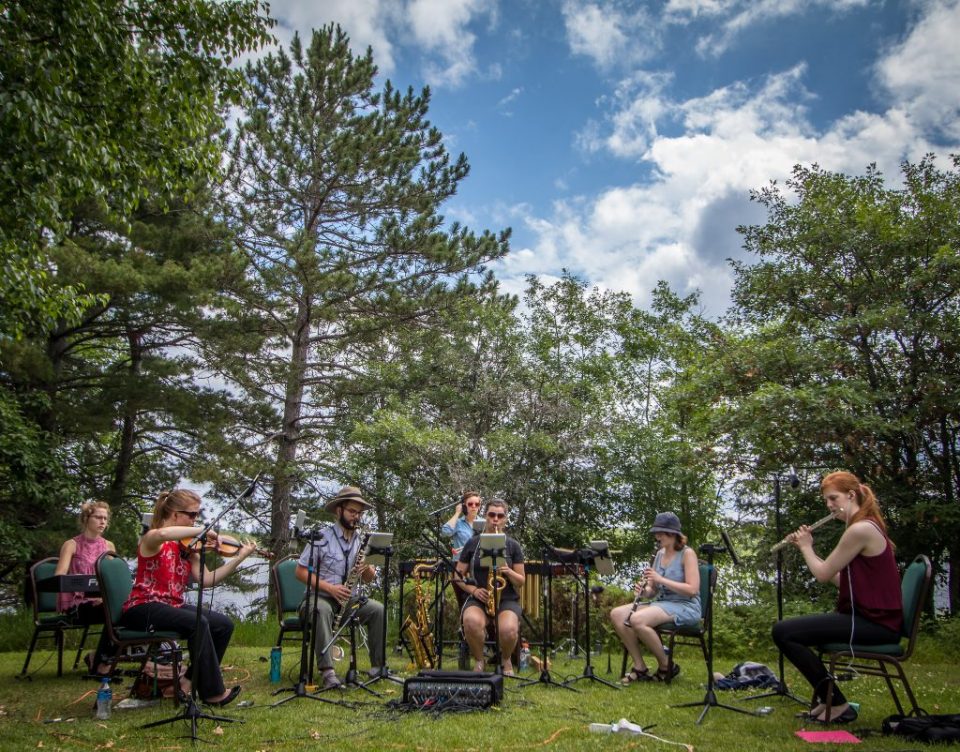 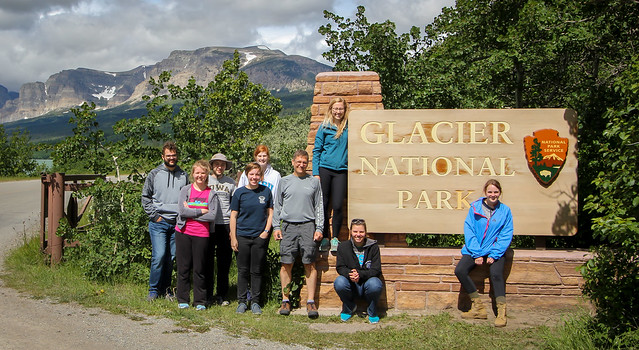 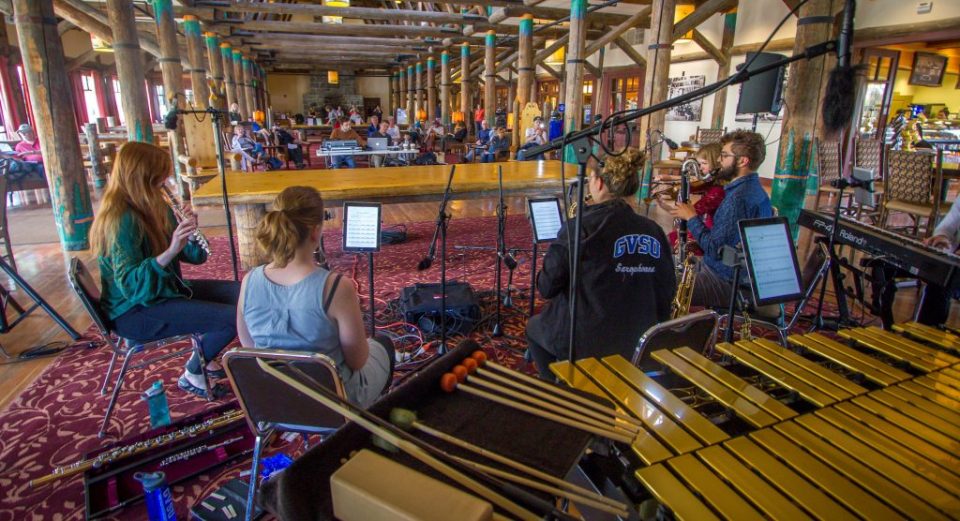 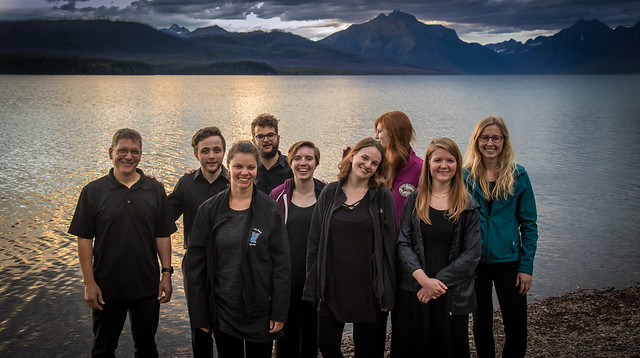 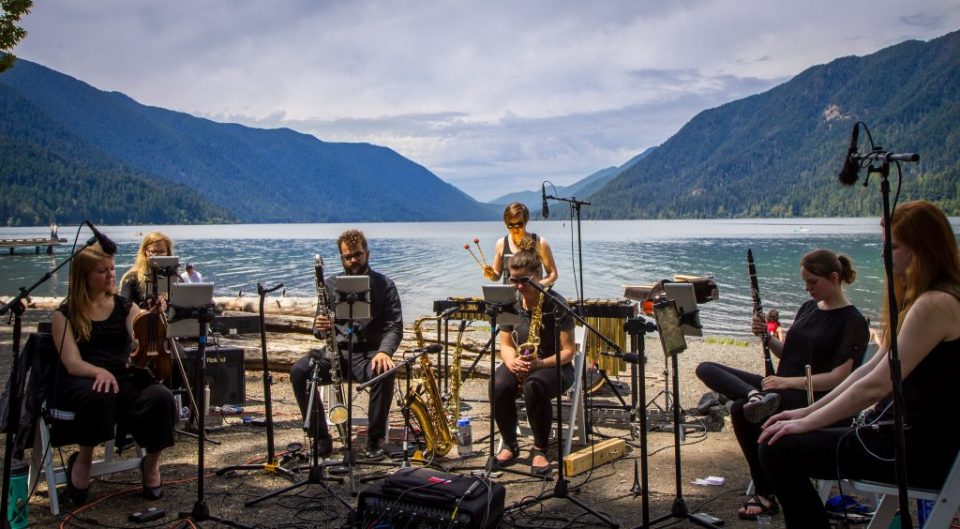 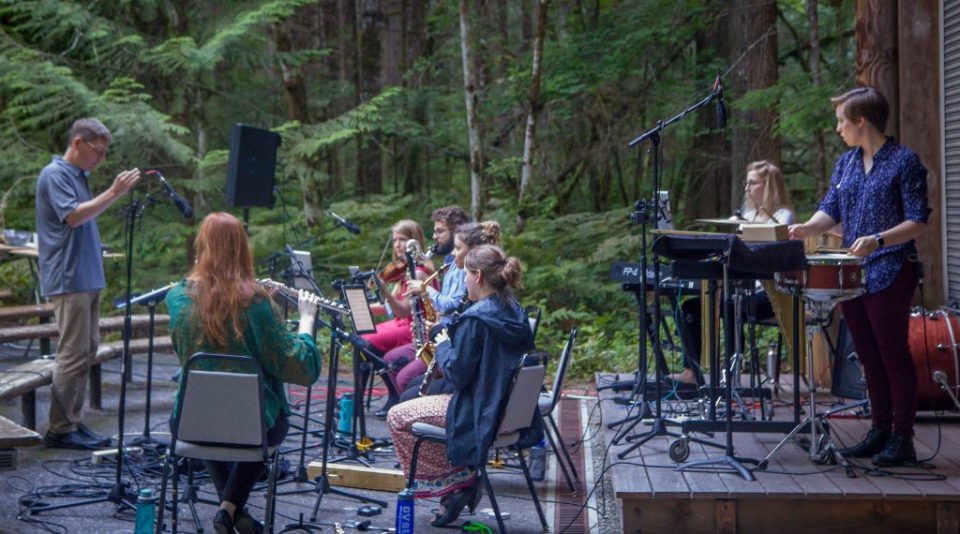