As a local advocacy group, the coalition continues to promote artists while providing instruction on the genre through songwriting classes and more as it prepares for this month’s Hip-Hop Appreciation Week. 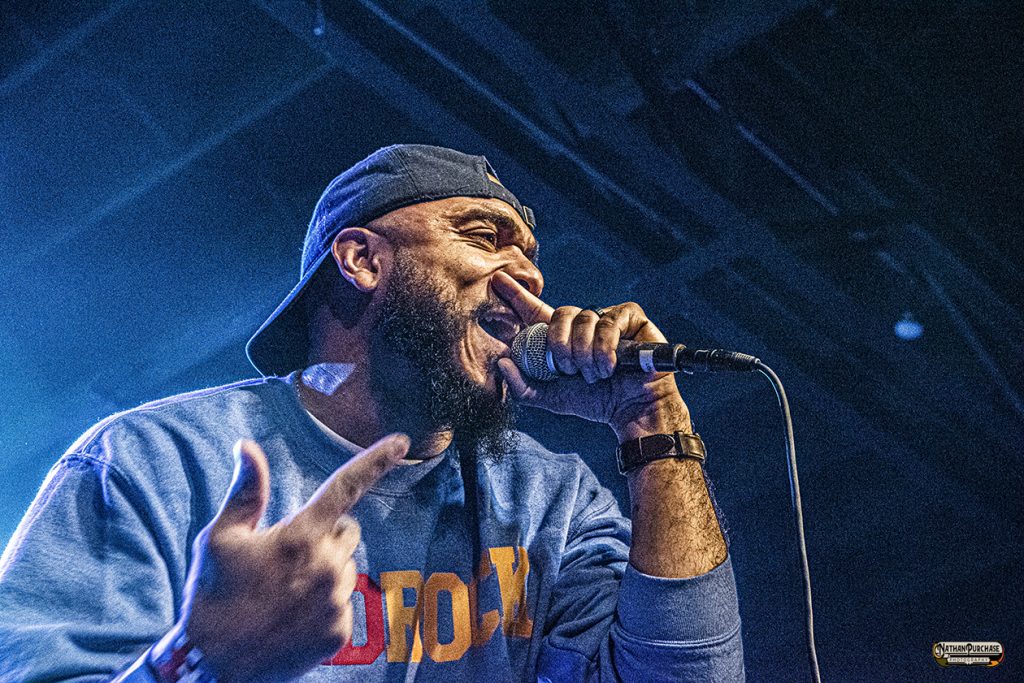 SHOW ALERT: As part of Local Spins’ 10th Anniversary celebration later this month — and coinciding with Hip-Hop Appreciation Week — the online publication will host a hip-hop showcase at The Pyramid Scheme on May 19 with performances by Les Creatif, J.Rob & Bedrock and Wuzee & Samil. Tickets are $8 in advance and available online here. View a full list of Hip-Hop Appreciation Week events at hiphopappreciationweek.com.

While committed to building and promoting a robust hip-hop scene in Grand Rapids, those goals have expanded.

“We haven’t forgotten about our mission to promote artists, but the main focus has moved into the preservation of hip-hop culture by teaching it in schools around West Michigan,” said Williams, founder and president of the group. Grand Rapids HipHop Coalition strives to preserve the culture of hip hop through education: offering songwriting classes, networking opportunities and other events. The organization aims to create a positive environment for Grand Rapids’ youth within the hip-hop community, Williams insisted.

Directing an impactful organization is no easy feat.

Finding the support and funding can be a challenge, especially as the Grand Rapids HipHop Coalition has no board of directors. Fortunately, Williams has been able to finance the project through an official hip-hop nonprofit, The Love Movement. On top of the support from The Love Movement, Grand Rapids HipHop Coalition has also succeeded with the help from its contributing members.

Antoine Gaston, better known as GovZilla313, is a musician and founding member of the coalition. Working alongside Williams since the beginning, Gaston assists with much of the behind-the-scenes tasks. As an artist, he also takes advantage of the coalition’s opportunities as a means to further his own career in music.

“The Grand Rapids HipHop Coalition has really allowed me to network and get my music heard by so many more people. It’s able to be presented on more platforms and get a bigger audience,” said Gaston.

“But it’s really about the youth. The coalition is such a benefactor to the Grand Rapids Public Schools.”

Ending the stigma around hip hop and promoting positivity stands as an underlying theme in every coalition endeavor, with the organization working to set a high standard with its educational courses, events and public Soundcloud playlists that are found here.

‘THE RIGHT GUIDANCE TO REALLY GET MUSICIANS GOING’

While Gaston and Williams push for preservation of hip-hop culture, other members join solely as musicians.

Lawren Taylor, with the stage name COCA DELA RULE, has also been with the coalition since the start. “The Grand Rapids HipHop Coalition has helped artists get in contact with producers or even make music videos. They’re able to give the right guidance to really get musicians going and it provides such great leadership and a support system for local artists,” Taylor said.

The third week in May serves as Hip-Hop Appreciation Week and for the past 20 years, the coalition has acknowledged and celebrated it. This year is no exception.

Festivities will take place from May 16 to May 21 with a theme of solidarity. Some events will be held in person, while others are over Zoom. The lineup and tickets are available online via hiphopappreciationweek.com.