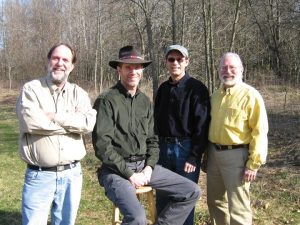 Soup-er Event: The Blue Water Ramblers will once again bring their Michigan folk to Soup’s On at The B.O.B.; they also play Zellie’s Opry House on Saturday.

Welcome to Super Bowl week, when axis-shifting questions rule the planet: Who will win the Harbaugh Brothers Bowl, the Jimbo-led San Francisco 49ers or Johnny’s Baltimore Ravens? What songs will Beyonce – and, perhaps, her former compatriots in Destiny’s Child – lip-sync at halftime while billions cheer this remarkable mouthing ability? Speaking of destiny, what are the odds of the Detroit Lions reaching the Super Bowl before global warming engulfs the Earth in flames? Tune in Sunday night for answers to the first two. Of course, everyone already knows the correct response to Question No. 3 is, “Long.”

But before you gather round the flatscreen to groan at this year’s cavalcade of Super Bowl commercials, there’s a full week of live music in the Grand Rapids area far more worthy of your time, starting with tonight’s Soup’s On for All! benefit at The B.O.B. This annual fundraiser for Catholic Charities West Michigan programs that help feed the hungry through meals deliveries, drop-in sites, God’s Kitchen and food pantries allows participants to sample amazing food from local restaurants and bring home a one-of-a-kind decorated soup bowl. Better yet, Soup’s On features stellar local entertainment throughout the big ol’ building, with The Adams Family, Roger MacNaughton Quartet, Blue Water Ramblers and Rock Shop performing all evening. Get details at the official website; tickets information here.

Also, the Blue Water Ramblers play Zellie’s Opry House in Howard City on Saturday; the show begins at 7 p.m., admission is $8. Get details at Zellie’s website. 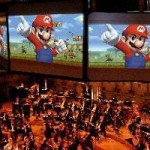 Attention, video game geeks. This one’s for you. Led by guest conductor Anthony Brick, the Grand Rapids Symphony will tackle the unusual task of performing music from 11 popular video games, including Legend of Zelda, Halo, World of Warcraft and more, all synchronized with digital montages on three HD screens. Read more in Jeffery Kacmarczyk’s MLive story and get ticket information at the symphony website. But control yourself, so to speak, and turn off your smartphones with all those game apps and leave your iPads at home.

Yet another new outlet for jazz amid West Michigan’s music scene: Twice-a-month “Trio Jazz” led by guitarist Steve Hilger, with budding high school and college musicians encouraged to sit in with some veteran players from the Grand Rapids area. (Read more about this new venture on Tuesday right here at Spins on Music.) For directions and more information, visit the Noto’s website. 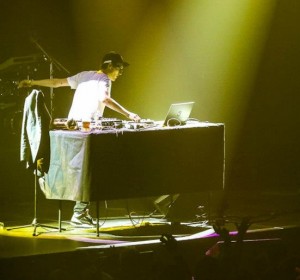 Detroit’s GRiZ, aka Grant Kwiecinski, is a producer and “electronic prodigy” who embraces “soul, funk, glitch bass, big synths, tight grooves” and “bounce,” while playing saxophone and toying with “endless imagination” with controllers, synthesizers and computers.

Badfish, meanwhile, has been paying tribute to Sublime for more than a decade, which is longer than California’s ska/punk/reggae-hued Sublime was around in the first place. Just as intriguingly, the tribute outfit continues to play to enthusiastic Grand Rapids audiences on its never-ending tour, this time with a couple of West Michigan openers: Skee-Town Stylee and The Dockside Fever. 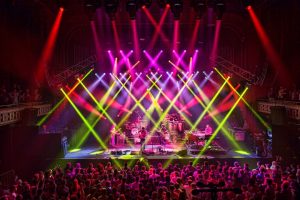 Lighting Up the Jams: Umphrey’s McGee returns to Grand Rapids this week.

You’d be hard-pressed to put together two more instrumentally talented Midwest bands than these outfits on this Orbit Room double bill. Umphrey’s McGee – on its 15th anniversary tour – has ascended to status as the crème de la crème of jam bands, with a funky prog-rock milieu, while Kalamazoo’s own Greensky Bluegrass continues to climb the ranks as one of the nation’s up-and-coming stars of the modern bluegrass scene. Get ticket details at the Orbit Room website. 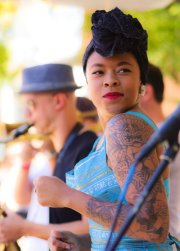 North Carolina native Nikki Hill has a singular background, morphing from a teenage punk rocker to a “fireball” of a crooner who embraces the vintage sounds of ‘50s rock, soul and rockabilly. The St. Louis-based singer is now working on her debut album. Listen to one of her songs at Hill’s ReverbNation site, then purchase tickets for this intimate Grand Rapids show – which also features West Michigan’s own Delilah DeWylde & the Lost Boys – right here.

Oh, and the first person to email me at jsinkevics@gmail.com with NIKKI HILL in the message field gets a pair of free tickets. 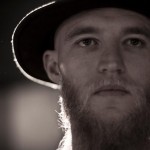 Two of Grand Rapids’ most innovative rappers — Rick Chyme and Nixon — host a special return engagement at Billy’s in Eastown, with plenty of collaboration and “positivity,” including an opening set by D-Fro, DJ Providence spinning classic hip-hop, live art by Andy Holmes and more. As Chyme, puts it: “Expect the energy you’ve come to expect.”

Billy’s follows this up on Saturday with another energy drink of a show: its annual Bob Marley Birthday Bash featuring Gizzae, with an $8 cover. So hey, mon, fill up the dance floor. Get details at Billy’s website. 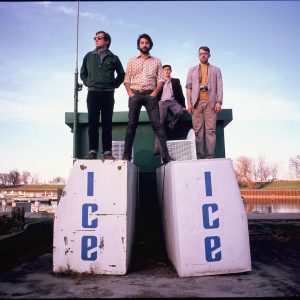 When eastern Michigan’s Frontier Ruckus first eased onto the national music scene, it was clear that their melancholy-yet-invigorating style of folk-rock would find an enthusiastic audience. Now, the band is set to release its latest double-album collection, “Eternity of Dimming,” and it’s already a best seller on BandCamp. If there’s a buzz about these guys, it’s worth it. Check out a new song on their website and get ticket information here.

(The Pyramid Scheme follows this up with an interesting Saturday night show headlined by South Bend pop-rock outfit The Bergamot, with the Kari Lynch Trio, Alligator Blackbird and Zack DuBois opening, 8 p.m, $8.) 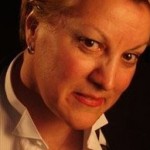 The SpeakEZ Lounge at 600 Monroe Ave. NW opened a year ago on this date and the restaurant/club is celebrating with a return performance by the Jane DeYoung Trio, with DeYoung, keyboard player Scott Bell and drummer Bob Thompson playing standards, torch songs, Motown hits and selections from Tracy Chapman, Norah Jones, Adele and others. Should make for a nice anniversary celebration. Check out more about SpeakEZ at its website. 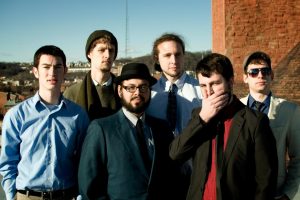 Cincinnati’s six-piece The Pinstripes give horn-inflected reggae splashes of pop and soul, winning numerous awards in their hometown for being that city’s best world music band. You can listen to a bit of the band here. Add to that the reggae-ness of Northwest Indiana’s Green Room Rockers and Eric Kehoe’s bracing one-man band and it’s quite the Saturday night party at Founders.

By the way, Founders also hosts the return of rootsy Rhode Island duo Brown Bird (with Joe Fletcher and Just Married) at 9:30 p.m. Thursday in a free show.

The Fauxgrass Quartet, Airborne or Aquatic? and Big Dudee Roo playing The Pyramid Scheme, 9 p.m. Wednesday, $6 – A trio of terrific rootsy West Michigan acts (including the “ever-changing cast” of Earthwork music collective’s Airborne or Aquatic?) liven up hump day with a Pyramid Scheme show that will be full of guitar-powered, banjo-enhanced revelry. And tune in to Local Spins Live at 10 a.m. Wednesday on News Talk 1340 AM when The Fauxgrass Quartet will give folks a sneak peek into the upcoming concert. Ticket information here. 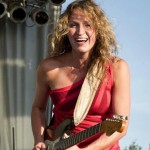 Tony LaJoye playing Grill One Eleven in downtown Rockford, 7 p.m. Friday, free – LaJoye has a unique vibe to his lively jazz- and pop-infused music, which makes his performances unique, too.

Ana Popovic playing Kalamazoo’s State Theatre with the Thirsty Perch Blues Band, 8 p.m. Friday, $13 advance, $14 day of show – This guitar-slinging singer has risen the ranks for obvious reasons, and with Grand Rapids’ own Thirsty Perch outfit opening this blues series show, this should make for a heavenly night of blues. Details online at the State Theatre website.

The Grand Rapids Jazz Orchestra with Edye Evans Hyde and Steve Talaga, plus Michigan State University’s Capital Green a cappella group, playing St. Cecilia Music Center, 8 p.m. Saturday, $20 ($10 Catholic Central students) — This Music of the Night 2013 benefit for the Reed Family Music Scholarship hosted by the Foundation for Catholic Secondary Education and the Catholic Central Music Department shapes up as one heck of an evening of jazz. Get ticket information here.