One of Founders Fest’s featured acts this weekend, the Grammy-winning artist releases a video for her single, “Buddha,” in July and will tour Europe, with ‘a proper U.S. tour next year.’ 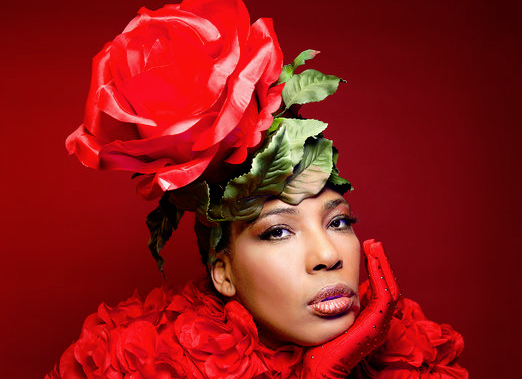 An Entrepreneurial Artist: Macy Gray recently opened a braid bar in LA and has a new CBD line due out later this year. (Courtesy photo)

It’s been nearly a decade since the R&B star charted a new album on the US charts, peaking at No. 38 with 2010’s “The Sellout.”

While hopeful that more attention will continue to come her way stemming from her 2018 release, “Ruby,” a seemingly-grounded Gray is more focused on the here and now, however, and that’s something that’s evident, not only in her attitude, but in her music as well.

The next single to be released off of “Ruby,” “Buddha” (listen to studio version below) — featuring Gary Clark Jr. on guitar — hits on that concept pointedly with an uplifting refrain of “yeah our future is in the air, and the past is in the ground, but I’m alright now” and lines like “I’m looking ahead, and I’m looking back and I realize it’s where I’m at.”

“There’s nothing wrong with dreaming or having memories, but it’s about living in the moment, getting the moment right, and trying to not be stuck in the past,” Gray told Local Spins earlier this week. “If you just get your day right, your next day, and next week, has a better chance and better odds.

“It’s that message, concentrating the mind on the present, and being politically and socially and emotionally in the moment. … For me it’s working out.”

An official video of the song is due out in mid-July. 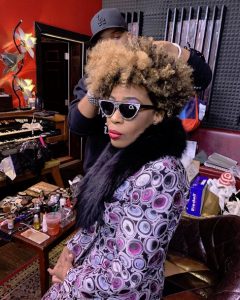 Focused on the Present: Gray’s new songs look at the here and now. (Courtesy photo)

FROM GRAND RAPIDS TO EUROPE

Gray, who takes the stage today at Founders Fest at 6:15 p.m. following the conclusion of War and Treaty’s set, plans to enjoy her moment in Grand Rapids, before heading overseas for an international tour that features stops in France, Poland, Turkey, Spain, Belgium, The Netherlands, The UK and Ireland.

The European run is nothing new for the singer, who has been performing more overseas than she has in the US in recent years, with many of her US stops being limited to intimate, small club performances.

“It’s important to me that we kind of go everywhere,” she said. “It’s not that I don’t want to tour the US, but my records are a lot more popular in Europe and in South America, than they are here, so we always make sure we hit Europe. But we are actively launching ‘Buddha’ in mid-July and we are going to set up a proper U.S. tour next year.”

When not on the road, the Grammy-winning vocalist has been keeping busy opening Macy Gray’s Braid Bar in her now hometown of Los Angeles this April and preparing to launch a CBD cosmetic line, which she expects to have available in time for Christmas.

“I think THC and CBD are going to save the world,” she said. “I think there are a lot of health benefits, and I think, being legalized, it will take a lot of crime off the streets and (do away with) a lot of unnecessary arrests. Going to jail for selling or having a little bit of weed is such a waste of time and it messes up people’s lives over nothing.”

Gray, who said CBD has been a “miracle” for her mother, who is inflicted with cancer, added that her line of products is going to include lip balms, lip gloss, facial moisturizers, and some THC as well with “some regular old joints, called Macy J’s.”

The singer, who has also battled addiction issues in the past with harder substances, said CBD and THC can be good for addiction too.

“It’s amazing for stress and worry, and as far as addiction goes, that actually helps a bit, because if you don’t have the stress or pressure, then you may not be so anxious to go off and try something else,” she said.

“There’s ups and downs to everything and I’m sure there’s going to be a lot of haters that are just going to find what’s bad about it, but for the most part, I think it’s going to be a very positive thing and be beneficial to people’s lives for all kinds of positive reasons. … I think CBD is going to be the new miracle drug.”

For more information on Founders Fest or for tickets, visit www.foundersbrewing.com.