Described as one of “the weirdest concerts ever,” Saturday’s first foray into drive-in performances in the wake of COVID-19 got high marks from those who attended the Grand Haven show. 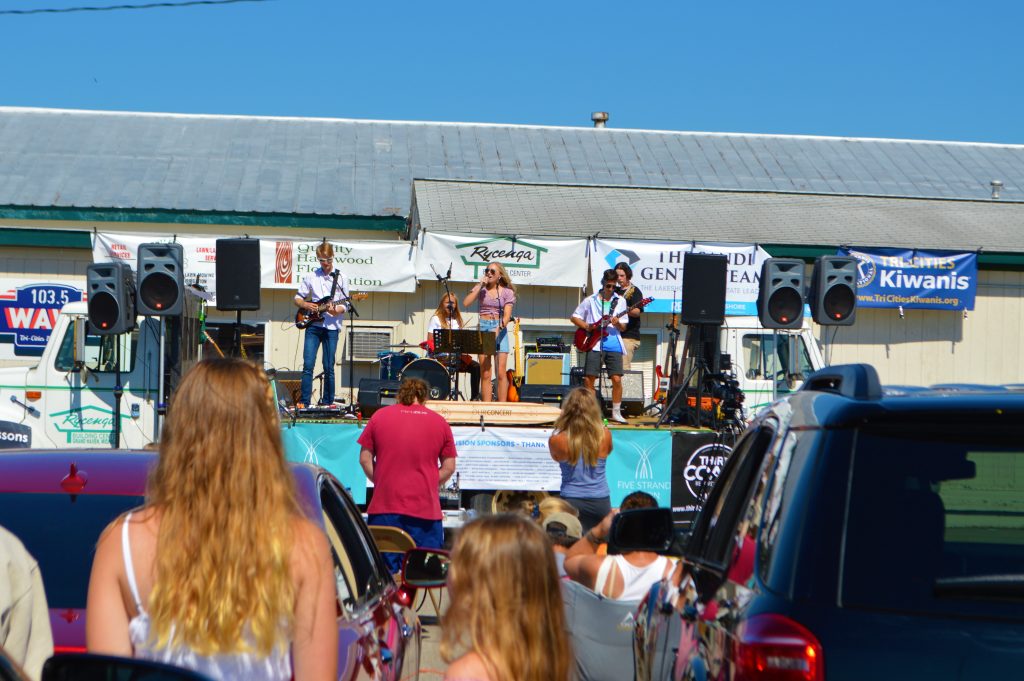 Unusual but Inspiring: Five Strand Fusion on stage Saturday with cars lined up for the show. (Photo/Nick Moran)

SCROLL DOWN FOR PHOTOS, VIDEO

“I’ve lived here my whole life and I’ve never done anything like this before,” guitarist and singer Bri Baron declared from the stage on Saturday afternoon. “How are we sounding out there?”

Car horns blared appreciation, along with applause and whistling, kicking off more music. Listeners watched the band play through windshields, standing out of sunroofs or in chairs beside their cars. Even the stage had wheels, sitting on the back of two flatbed trucks.

Saturday’s sun-splashed drive-in concert — organized by Grand Haven music promoter Dave Palmer and featuring performances by Five Strand Fusion and the Bri Baron Band — was the first of its kind not only in Grand Haven, but in a region recovering from this year’s coronavirus pandemic. 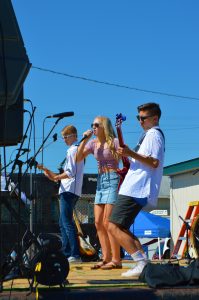 About 50 cars, with at least two people in each vehicle, filled the lot beside Rycenga Building Center before the concert kicked off at 4 p.m. with “The Star-Spangled Banner” performed by Five Strand Fusion guitarist Avery Jorgensen. Attendees could tune to WAWL (103.5 FM) on their radio dials to hear the music in their vehicles.

Palmer told the crowd that while safety was a primary concern, the event also served as an outlet for the community and for bands to perform.

“I’d love to give everybody lots of hugs, but it’s a very unusual time we are in,” Palmer said. “This show is dedicated to all Americans and our friends abroad that are handling this, with a special dedication to our 2020 high school graduates.”

Palmer then handed the mic over to West Michigan’s Bri Baron Band, which delivered a soulful set of all-original music. And audience members were sucked into the music from the get-go.

Following the short, 30-minute set, Palmer gave away items to the audience before passing the stage over to the teen band Five Strand Fusion.

The group maneuvered through a set of covers fit for summer, tackling classics ranging from Santana’s “Smooth” to Sublime’s “Santeria” and dancing between eras from Bill Withers’ “Ain’t No Sunshine” to Alice Merton’s “No Roots.” With each passing song, more horns filled the air with audience approval, and fans sitting in lawn chairs in the front row moved to take photos and groove with the band.

A ‘WEIRD COMBINATION’ OF ELEMENTS CHEERED BY ATTENDEES

To close the band’s set, lead singer Skylar Mayton introduced an original song, which she wrote while visiting Nashville, Tenn. Five Strand Fusion walked off the stage to horns and applause and the drive-in show came to a close. While the band was taken aback by the format and the show of support from fans, the unusual set-up enabled audience members to show up and stay safely distant from one another.

“We loved it,” said concertgoer Sharm Groh, attending her first concert of the summer. “It was so good. To be outside — we put some chairs in front of my car and sat out there.” 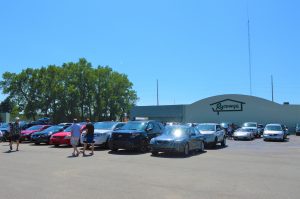 The energy from the crowd only fueled Five Strand Fusion’s desire to perform, delivering a performance that was natural, powerful and inspiring. After the show, the band felt that spark.

“This is one of the weirdest concerts I’ve ever seen,” said bassist Tristan Kemp. “It’s a weird combination.”

“I’ve never done a ‘cars’ concert before,” Jorgensen said. “It’s a little weird, because you don’t get to see everybody, but most people came out of their cars.”

Added drummer Kaylee Smutz: “It’s exciting and awesome to have this experience.”

Guitarist Nick Roberts said he was “just excited we had these flatbed trucks as a stage.”

Band members gave special thanks to their staff including Third Coast Recording Co.’s Bill Chrysler and Nathan Walton on sound, and the event’s sponsors. The band tipped their hats to Palmer, who noted the event came together with “great success.”

“I wanted to get cars into this parking lot and here they are,” Palmer said. “You know, this was just a concept literally 15 days ago, and to be able to throw it together like this just shows how much the people around here love their music and how much (they love) these kids.” 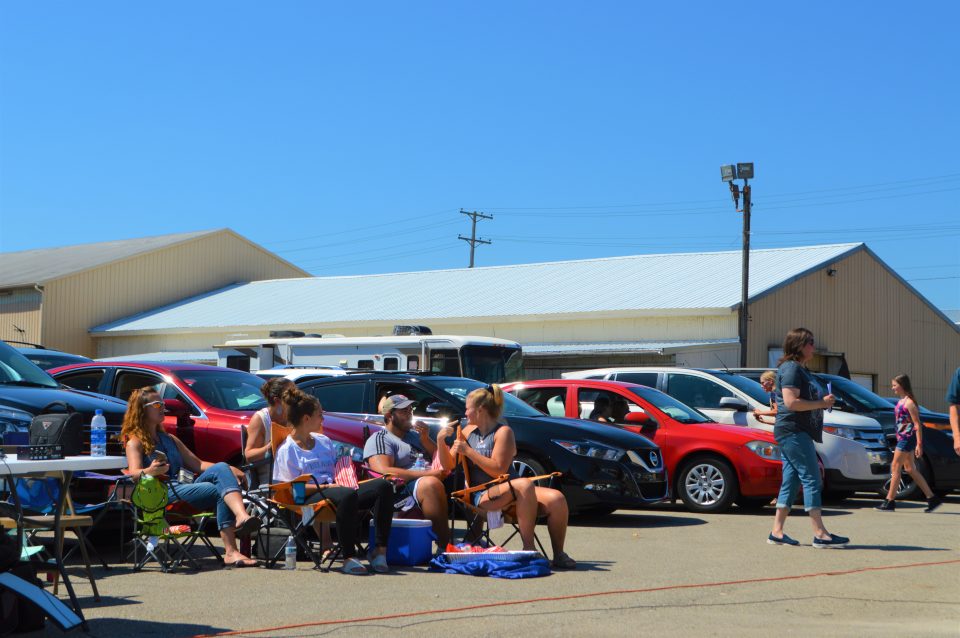 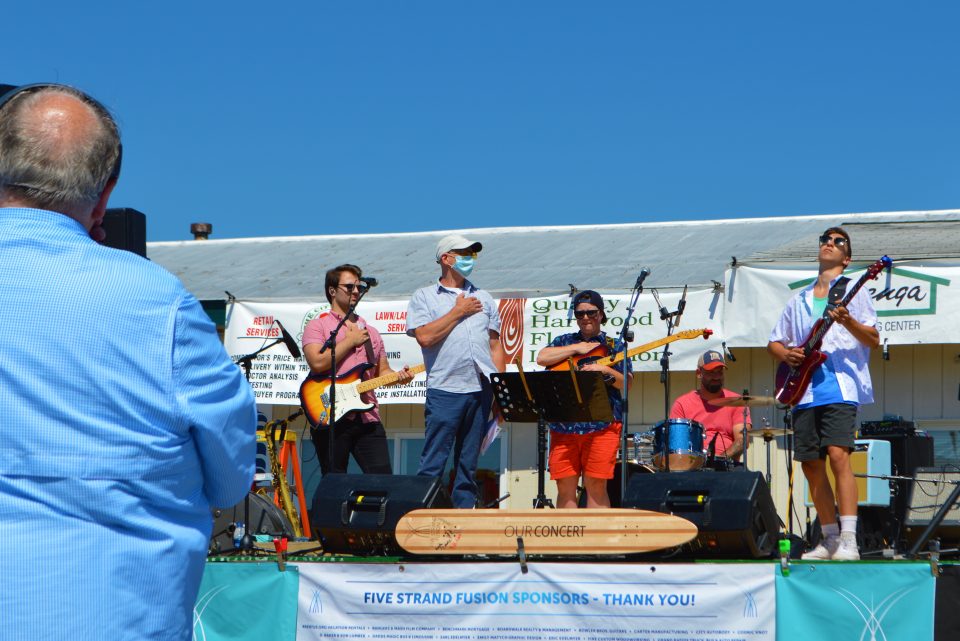 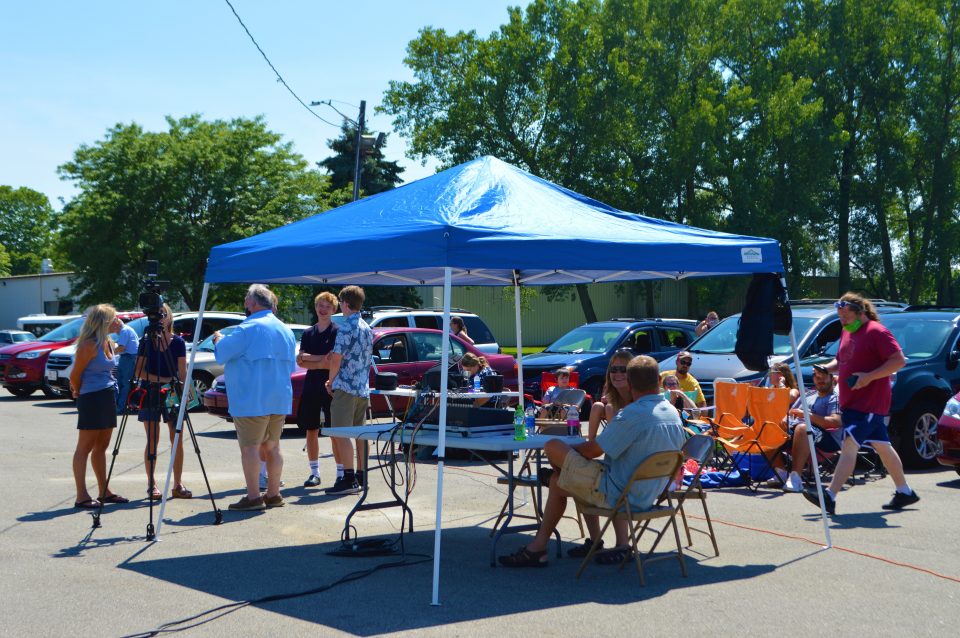 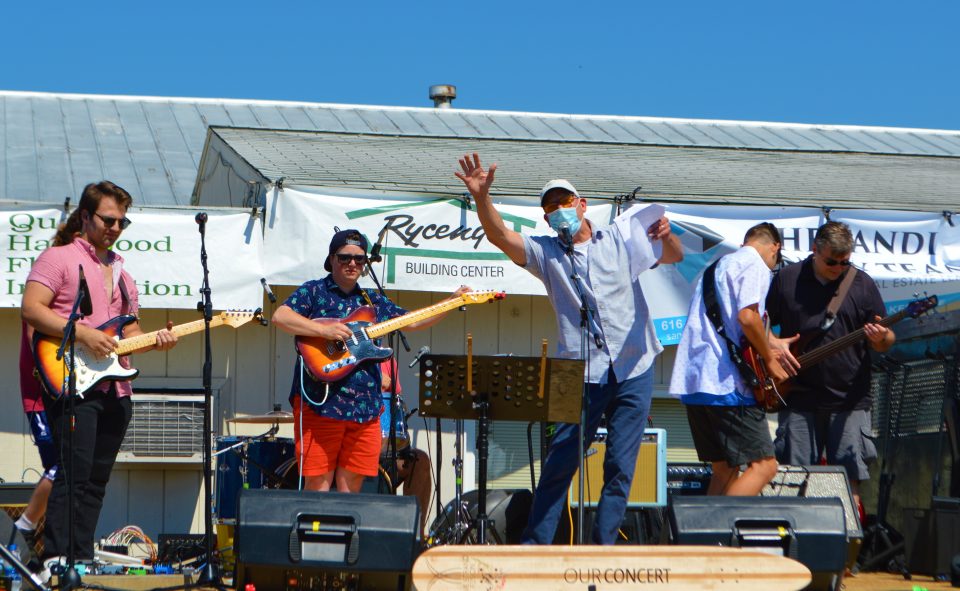 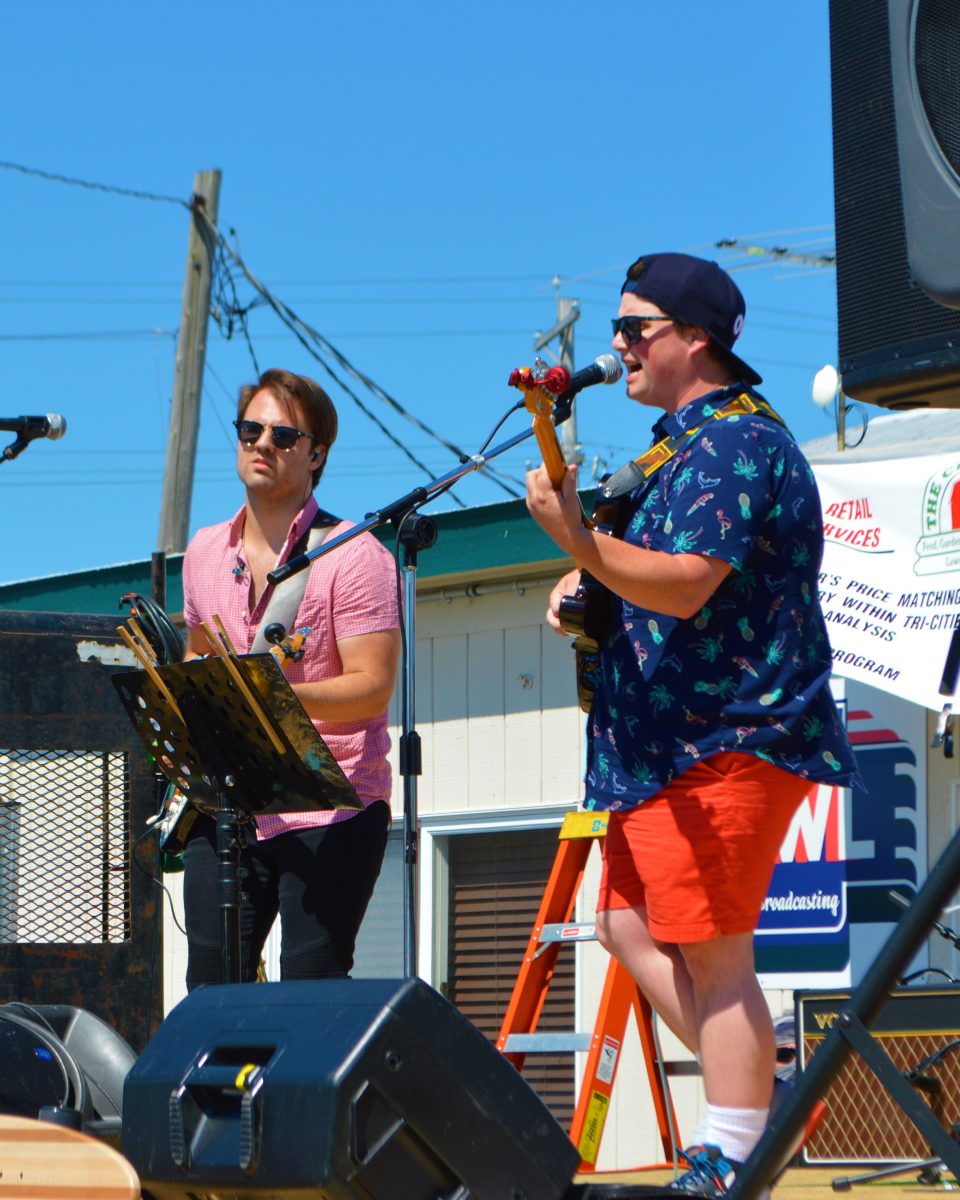 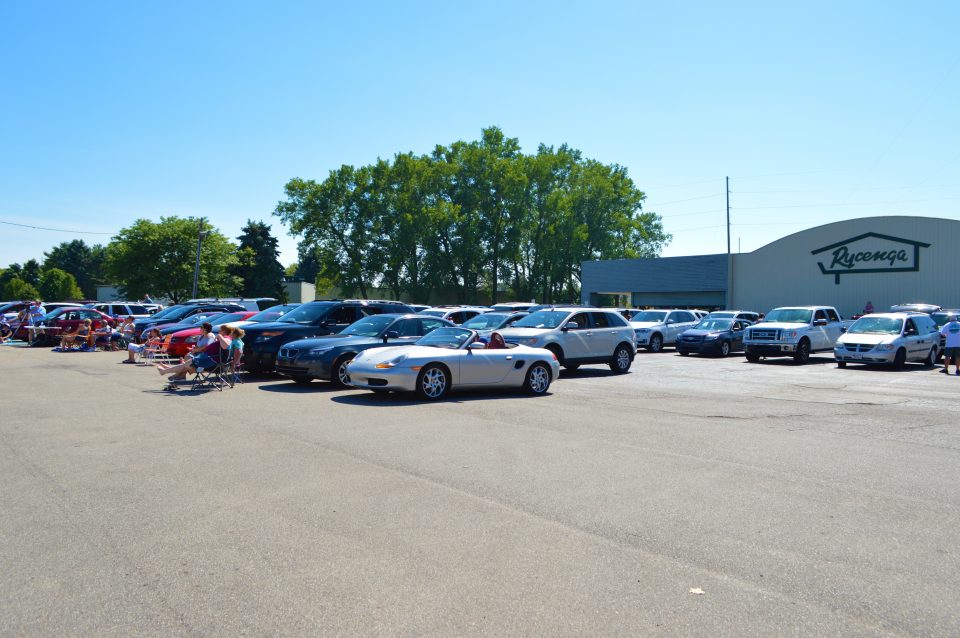 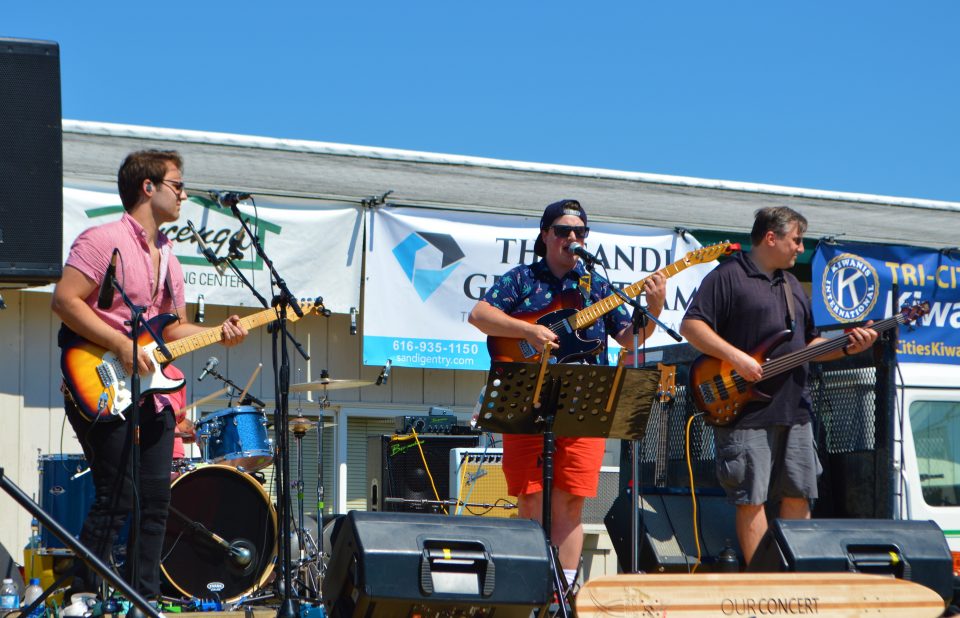 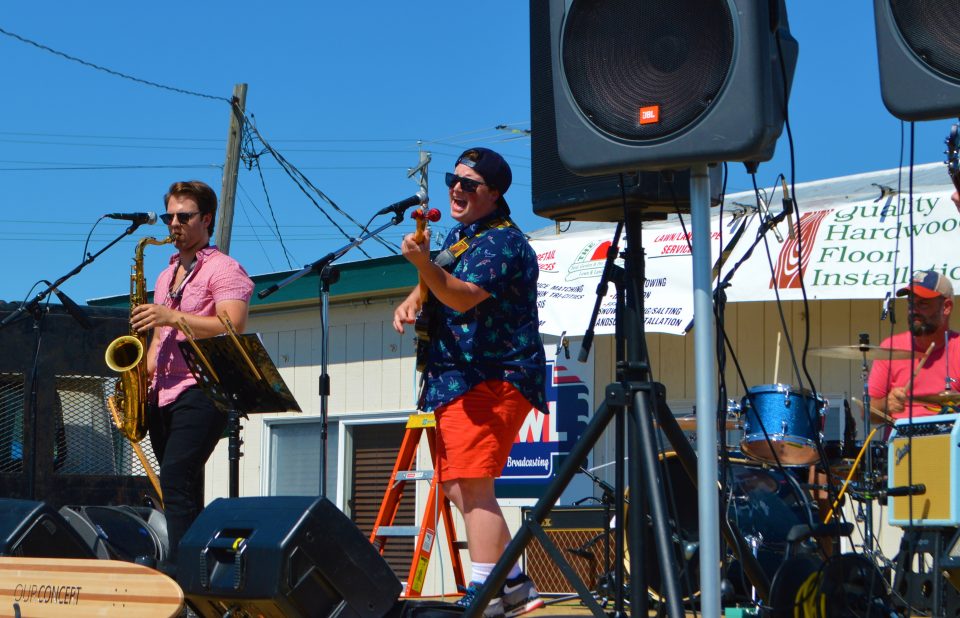 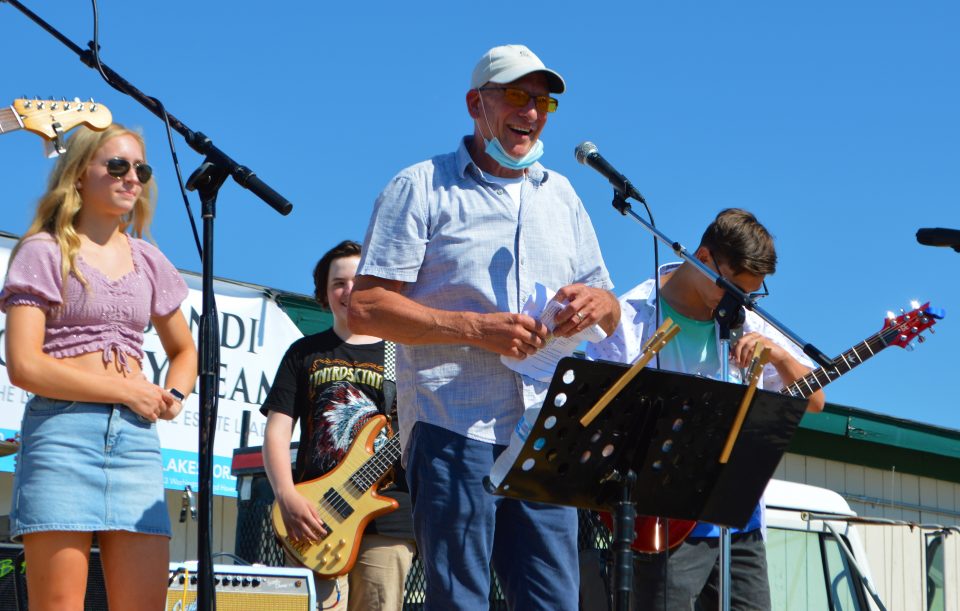 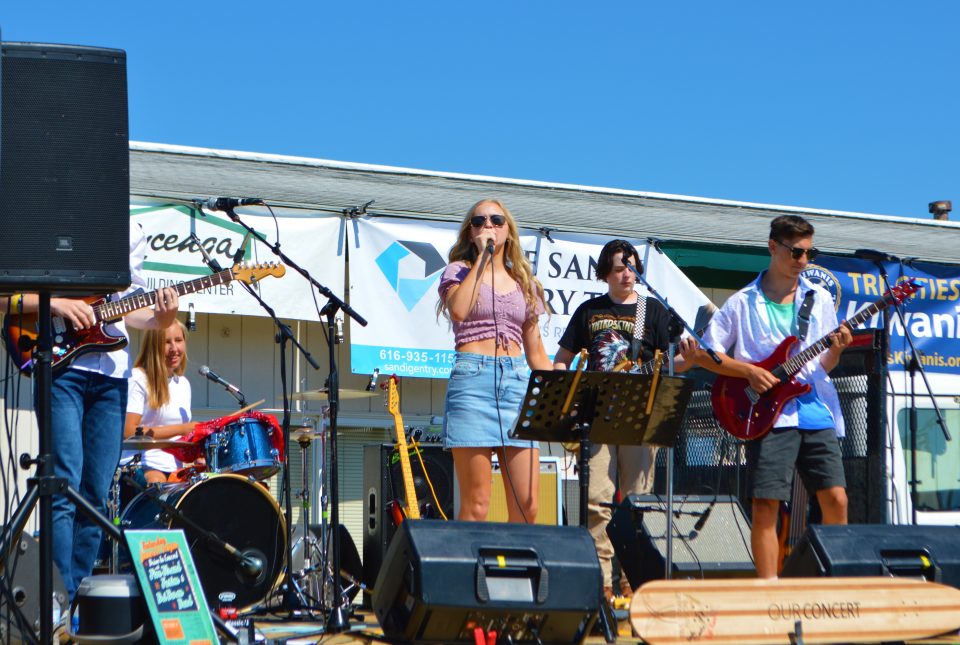 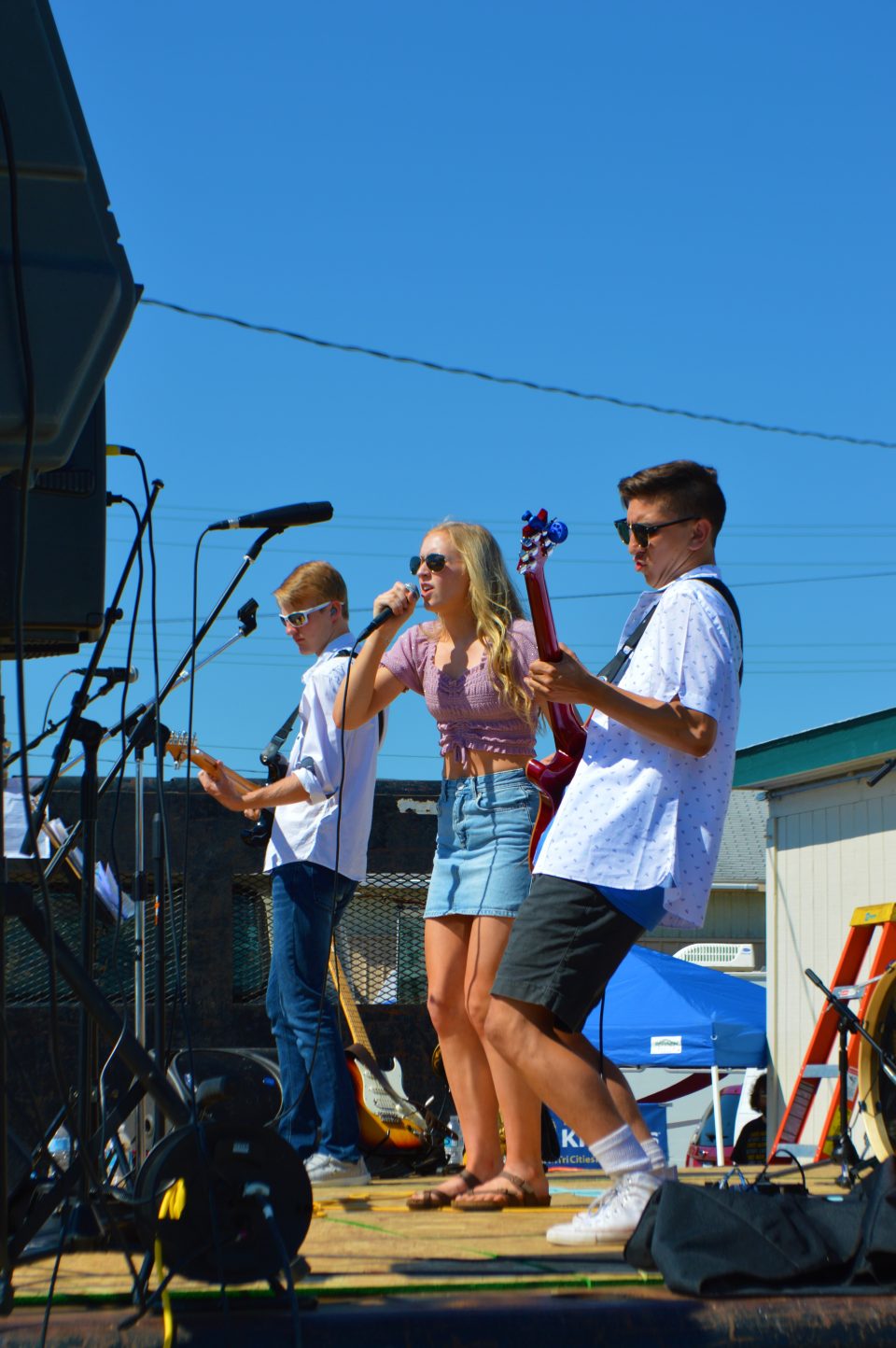 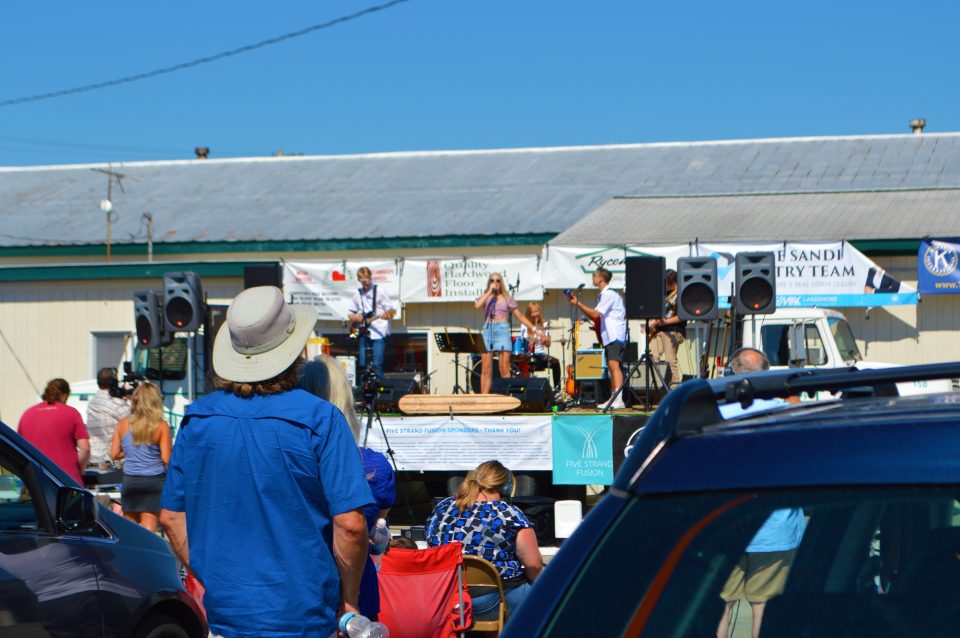 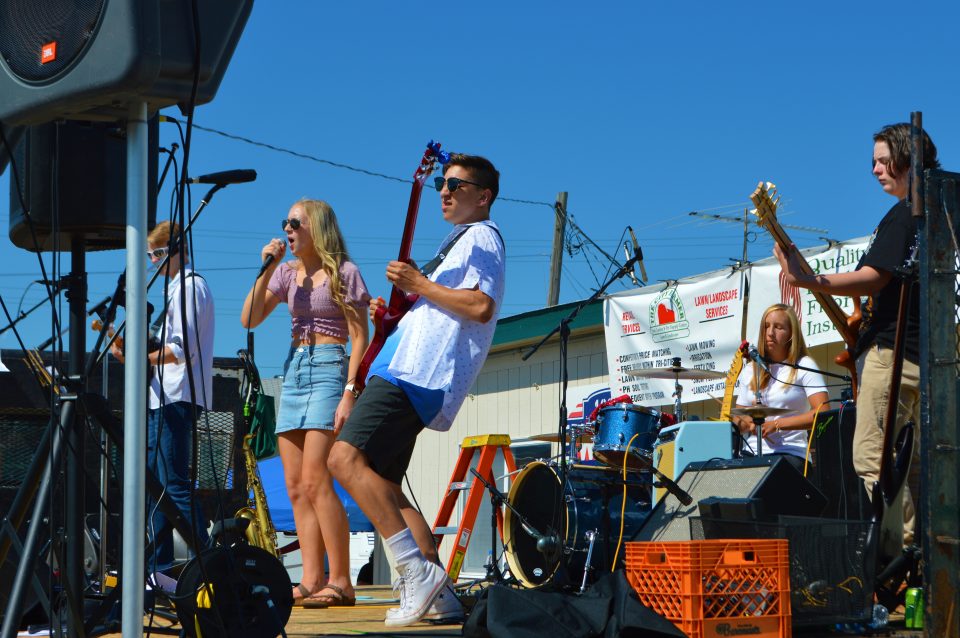 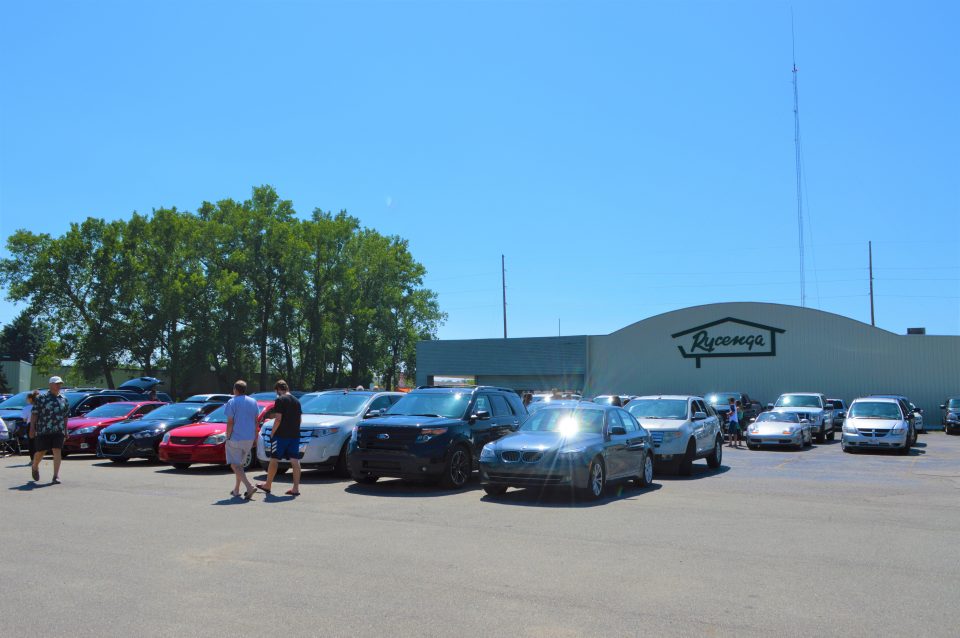 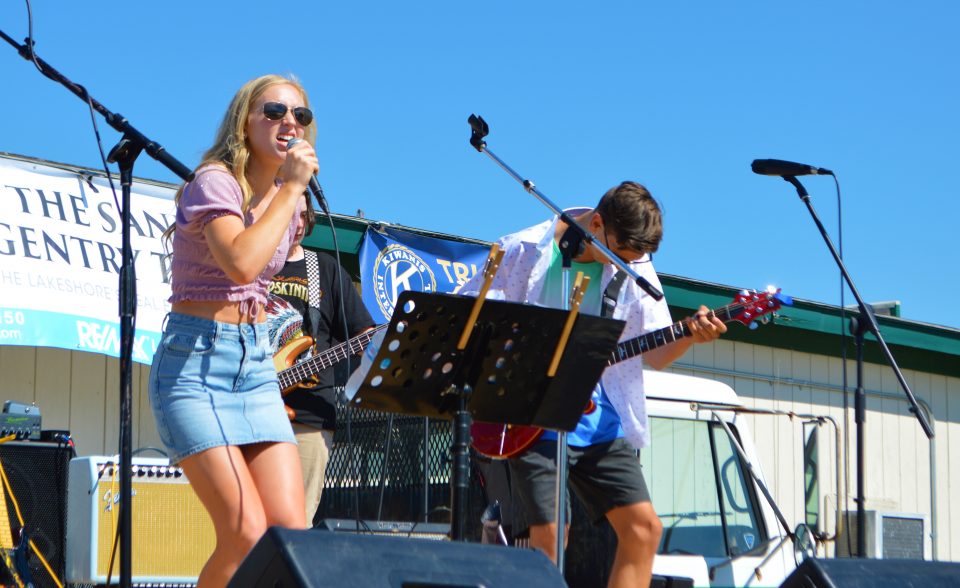 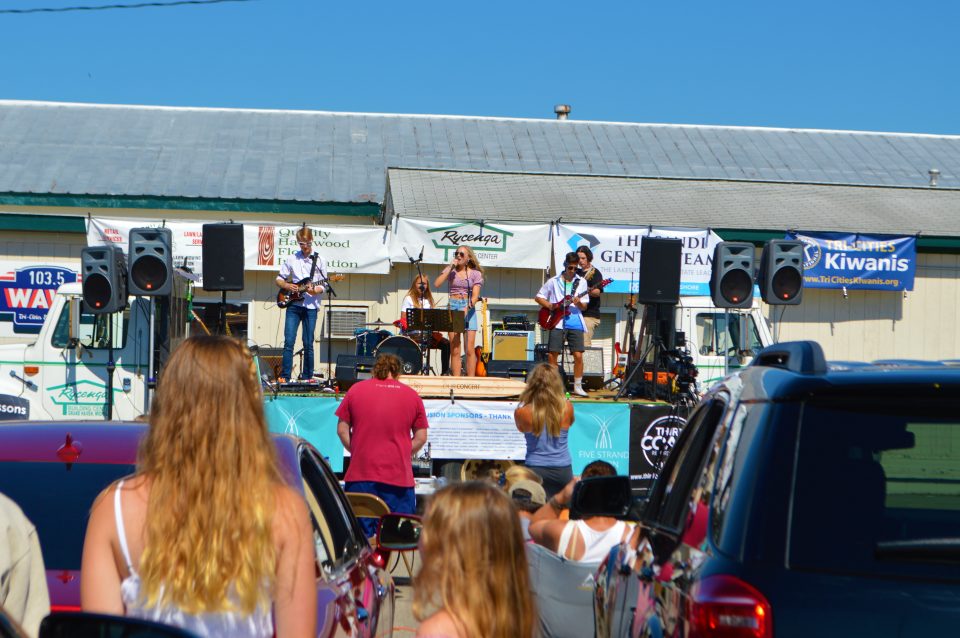 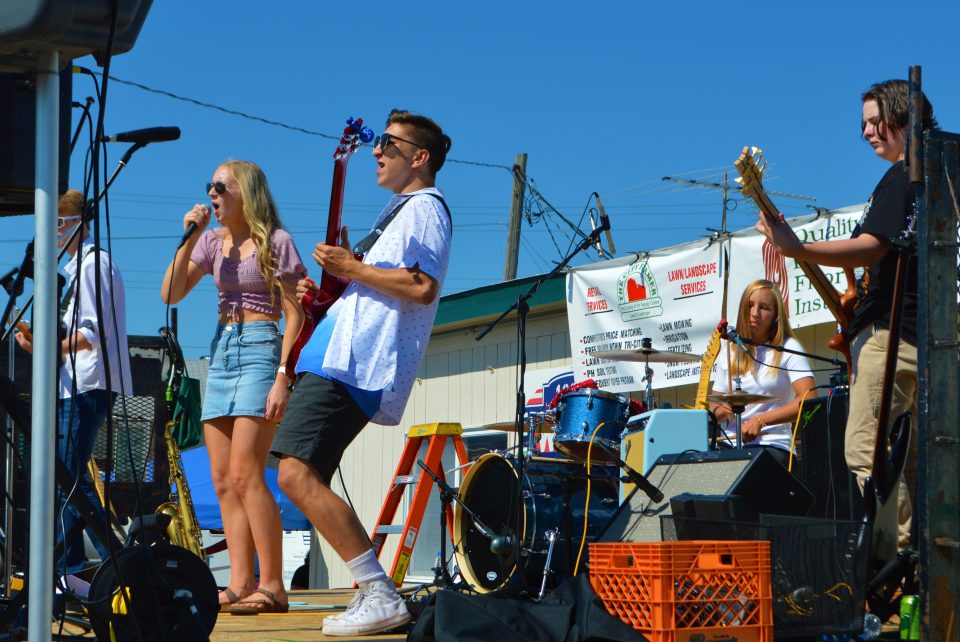 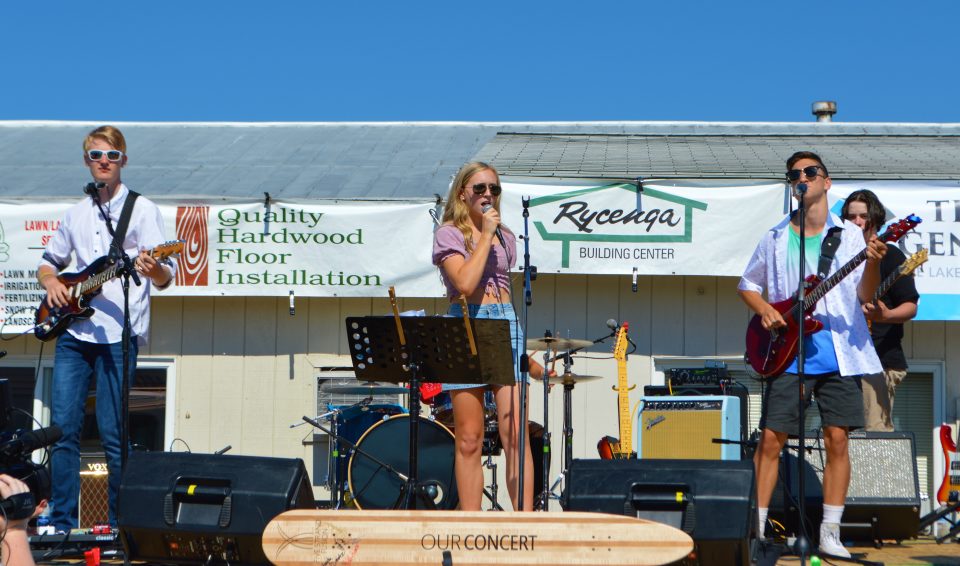 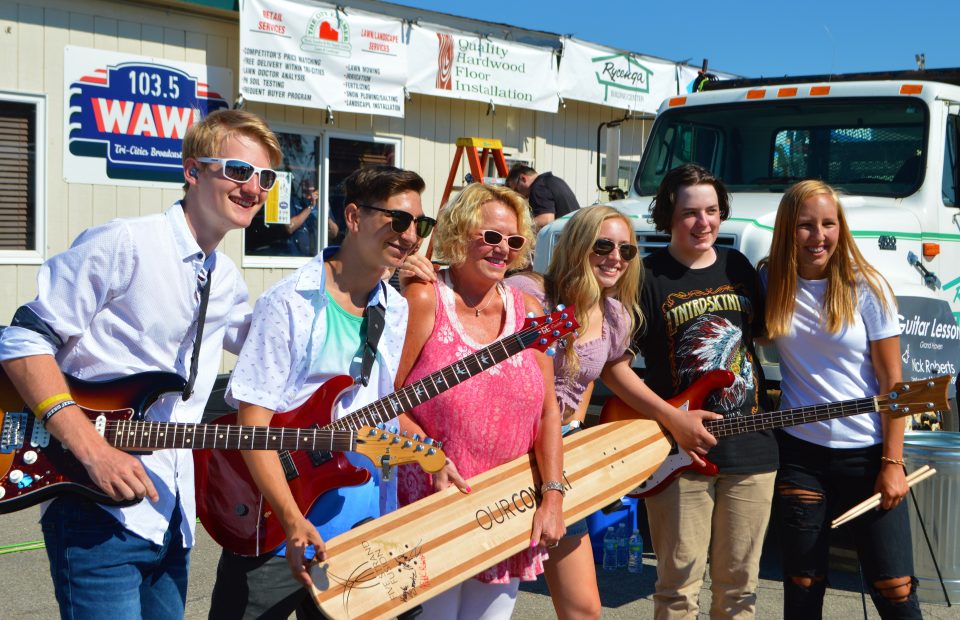