The duo now based in L.A. unfurled some of its ‘wacky, fun’ music for Local Spins on WYCE, which also debuted new tracks by Jake Kershaw, Brother Elsey, Vee the Rula, Paradise Outlaw and Full Cord. 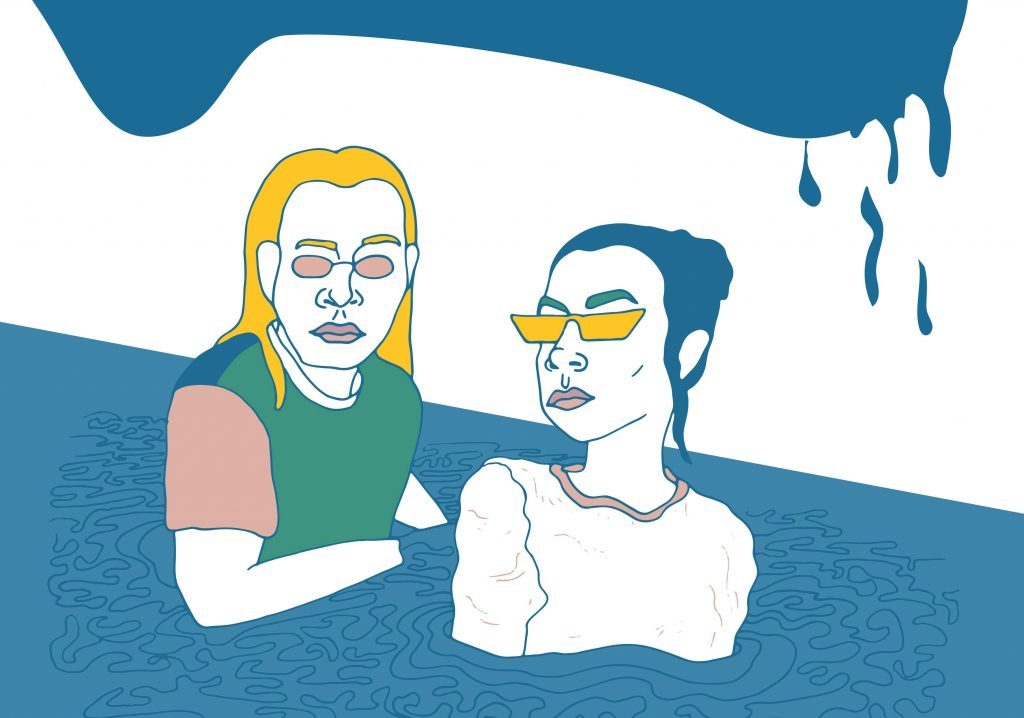 THE BAND: FINKEL
THE MUSIC: Boundary-pushing electro-pop
WHERE YOU CAN SEE THE BAND: Aug. 8 at Tip Top Deluxe Bar & Grill in Grand Rapids; Aug. 9 at Mac’s Bar in Lansing; Aug. 10 at Ghost Light in Hamtramck; Aug. 13 at Studio Anatomy in Traverse City; Aug. 15 on Mackinac Island (for Music in the Park)

At its heart, FINKEL is a folk band.

The Michigan-bred, Los Angeles-based electro-pop duo has expanded its horizons far beyond its early days at Albion College where Jane and Brian Spencer met in a capella groups and started playing shows on ukulele and guitar because that’s all they could afford.

After making musical inroads and adding electronic elements as the Kalamazoo band Less Is More – “quite an odd, avant-garde folk band” at the end in late 2017, Jane recalled – the duo moved to Los Angeles and plunged enthusiastically into the new, boundary-pushing world of FINKEL. 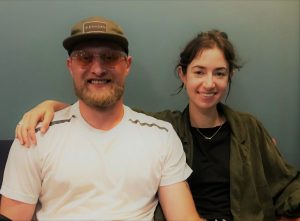 Back in Michigan: L.A.-based FINKEL will play several home-state shows over the next month. (Photo/Local Spins)

“We like to think of this as our super art project,” Jane said. “We’re both visual artists as well and it took us a while to find something that was really true to us and not like somebody else.

“We are working with animators for our music videos and we do a lot of choreographed movements, and it’s just turning into this wacky, fun art project that just keeps on going deeper.”

Much of that, Brian said, has been inspired by writing workshops and the “really wonderful community of artists and musicians” they’ve met in Los Angeles. “It’s been a really fruitful move,” he said.

Being around actors, models and comedians has rubbed off on the couple.

“It’s fun and inspiring to see people working on their craft,” Jane said. “We’re able to take pieces of what we learn from other people and apply it to our work.”

That work has been featured in a series of singles and videos, with the duo aiming to release its debut EP in the fall.

With several home-state dates on their summer tour, FINKEL made an appearance on this week’s edition of Local Spins on WYCE in Grand Rapids, performing a stripped-down version of their first single, “Without,” along with a newly “reinvented” song, “Ay Ay” (which will likely be renamed). Watch the video for “Ay Ay” here, with the full radio show podcast and interview below.

In concert, the duo features Jane on electronics and Brian on guitar, but there’s a lot more to it than that with synchronized choreography and plans for animated visuals as a backdrop.

“I play electronics which has been my absolutely baby, my complete love,” she said. “I compose on the fly. We do have compositions, but there’s lot of play room.” 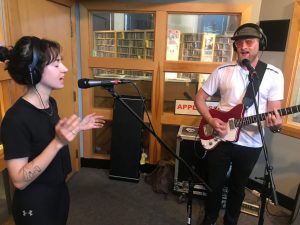 On the Air: FINKEL at WYCE. (Photo/Local Spins)

Added Brian: “It has to be really, really fun or we’re just not going to do. A lot of what we write is rooted in color and shape and we try and display that in as many forms as possible.”

As Jane puts it, “What people visually ingest really affects how people audibly ingest things. And we want to help convey and create a world that doesn’t necessarily have to exist here but you can jump into a show for an hour.”

For a band that “never stops talking about” the creative process – from immersing themselves in different colors for a day to inspire their songwriting to composing “on the fly” – FINKEL sees plenty of growth on the horizon.

The duo is releasing a new animated music video at the end of the month and releasing a new single in August after wrapping up their Michigan tour. They hope to release their debut EP in October, with more elaborate tours and art elements planned for the future.

“We’re both very diligent and driven to create,” Brian said.