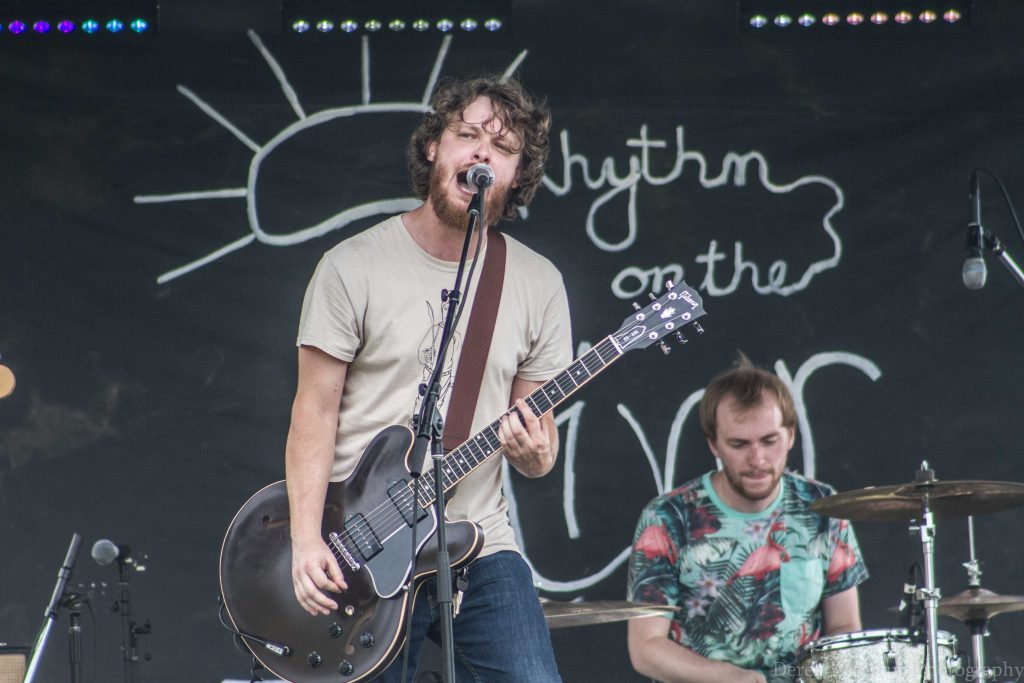 A great opportunity: The new WIDR stage will provide regional acts like Kalamazoo’s Jake Simmons & the Little Ghosts with a large platform this weekend at Audiotree . (Photo/Derek Ketchum)

SCROLL DOWN FOR VIDEOS OF SOME OF THE FEATURED PERFORMERS, A COMPLETE SCHEDULE AND A SPOTIFY PLAYLIST

It just keeps getting bigger and better.

Entering its third year at Arcadia Creek Festival Place in downtown Kalamazoo, this weekend’s Audiotree Music Festival will feature a record-high 30 bands, and for the first time, two stages.

The move, according to Audiotree co-founder and Kalamazoo native Adam Thurston, will provide attendees the opportunity to enjoy continuous music, and in addition to catching a number of national touring acts, also give festival-goers the chance to discover some new up-and-coming regional acts on the WIDR FM second stage.

“What Audiotree has been built around, and what really is our bread and butter, is that we are a music discovery platform, so what we hang our hats on is finding these bands” said Thurston, who started Audiotree with fellow Kalamazoo native Michael Johnston in 2011.

“One of our missions of this whole festival,” he added, “is that we want people to walk away from it every year with a couple new favorite bands.” 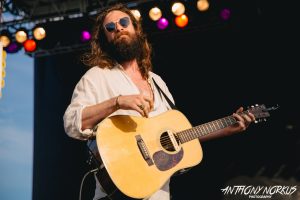 Headlining: Father John Misty is expected to draw quite the crowd. (Photo/Anthony Norkus)

No doubt, it will be headliners Father John Misty and Local Natives, as well as those receiving top billing such as Real Estate, Blitzen Trapper, Diet Cig and Khruangbin that will have fans flocking through the gates of the six-year-old festival, but it’s bands like Grand Rapids’ Michigander and Kalamazoo’s Moss Jaw, Lushh, and Jake Simmons & the Little Ghosts that are all hopeful they can bend some new ears when they hit the WIDR stage.

“I believe the WIDR stage is providing a real accessible platform for those that get overshadowed by a lot of the national bands that come through here,” said Kayley Kerastas, Moss Jaw’s primary songwriter and vocalist.

Being the first act on the stage this weekend, coupled with the fact that this will be Moss Jaw’s first ever appearance at a festival of any size or stature, has Kerastas admittedly a little nervous, but the level of excitement she and her bandmates are feeling is far outweighing those nerves. 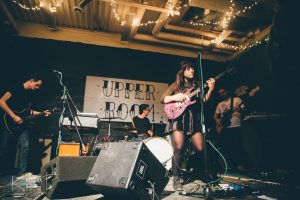 “I can’t imagine how much we are going to be bouncing off the walls before we play,” she said. “We’ve been a band for just over a year and have been working exceptionally hard trying to get ourselves out there and record this (debut) record that will hopefully be released later this fall or winter.

“I just had just no idea that something like this could come our way so quickly. We are absolutely thrilled, and I say that with the dumbest grin on my face.”

Unlike Moss Jaw, fellow Kalamazoo act Jake Simmons & The Little Ghosts are far from festival virgins, having been around for eight years now. And having played Rib Fest this August, the four-piece is actually heading to an Arcadia Creek Festival Place stage for the second time this summer.

With the release of their third studio album, “Shake So Easy,” due out this fall, the “loud rock n’ roll band” influenced by acts such as The Clash, Tom Petty and Hold Steady was still a bit surprised when they got the call as well, despite having been around for a little while.

“Honestly, I was shocked they asked us,” said Simmons. “Some of the bands, such as Father John Misty and Diet Cig that are on the festival bill, are bands we never felt we’d be able to play with for sure. … It’s a pretty big opportunity.” 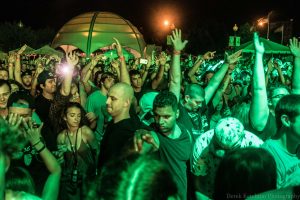 Tickets are available on the Audiotree website, and cost $45 for single-day passes for either day and $75 for VIP single-day tickets. Weekend passes cost $80 for GA and $135 for VIP.

There will also be an official Saturday afterparty at 10 p.m. at the Old Dog Tavern featuring Stuyedeyed, Flaural and Pool Holograph. Tickets for that event are free with a festival wristband and cost $5 for the general public.

Save this image on your smart phone to take along.