Local Spins takes an inside look at an under-the-radar, mid-week concert that had “bodies flying every which way” thanks to a frenzied Buffalo band hitting its stride. (Review, photo gallery) 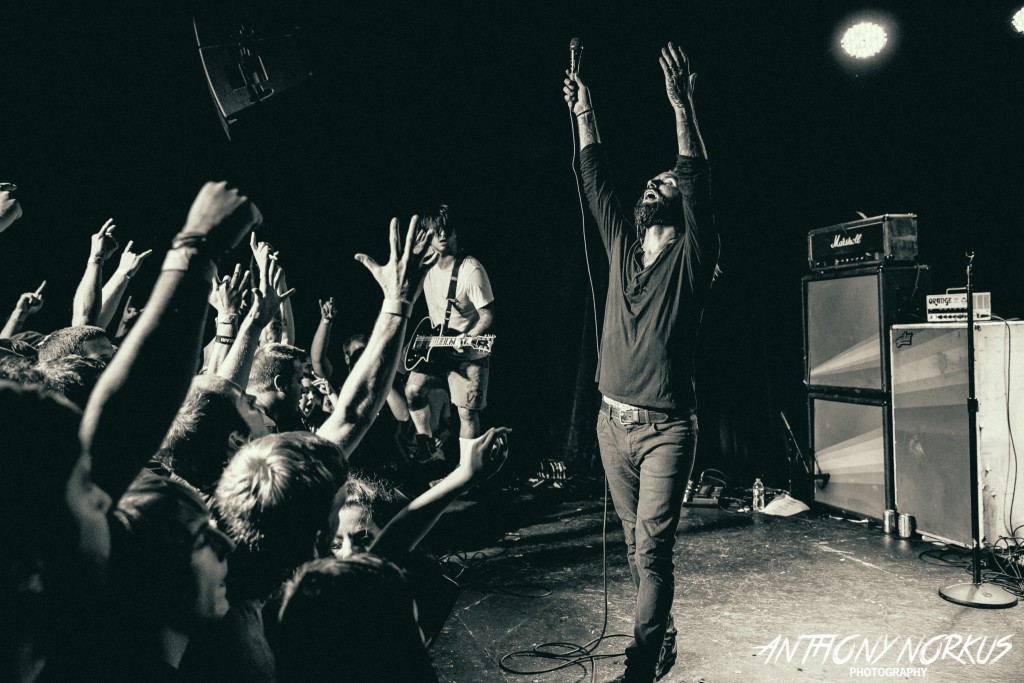 Explosive: Every Time I Die playing The Stache inside The Intersection on Wednesday night. (Photo/Anthony Norkus)

Few bands that have been around 15 years can boast that they’re still hitting their stride, both in the studio and as a live act. 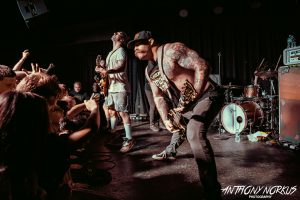 Frenetic, Fan-Engaging: Every Time I Die on stage. (Photo/Anthony Norkus)

Hardcore legend Every Time I Die – like a fine wine that just gets better with age – is one of those bands.

Building its name on the back of its wild live shows, Every Time I Die cemented that reputation on Wednesday night by unleashing a show at The Stache inside The Intersection in Grand Rapids that can only be described as controlled chaos.

The Buffalo, N.Y., quintet launched into its set with “We’rewolf” off of 2007’s “The Big Dirty,” a song that immediately made the room explode with bodies flying every which way, most noticeably on top of each other.

Guitarist Jordan Buckley was a one-man wrecking crew, running all over the stage, jumping off of the drum kit, spinning in circles and doling out a plethora of high fives. It’s a wonder that band members don’t ever run into each other.

The band didn’t let up for the next hour, playing fan favorites from “Hot Damn” to tracks from its most recent release, “From Parts Unknown.” 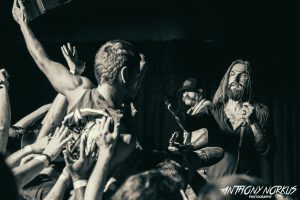 The old songs somehow sound better with all the mileage they’ve logged, and give credit to the band for adding little nuances to some of the older material to keep it fresh.

The band closed its frenetic set with “Moor,” a haunting tune that starts out with singer Keith Buckley alone on stage singing in melancholy fashion over an ominous piano part. The band has moved this song around over the last few tours, and seems to have found the right spot for it in the set, lulling the crowd into a false sense of comfort before the band rejoins Buckley on stage to bludgeon the crowd with the final verse.

At one point, Jordan Buckley started grabbing young fans – literally yanking them by their shirts – and pulled them up on stage, then encouraged them to dive back into the crowd.

The smiles on the faces of these concertgoers as they clambered on stage reminded me of why I love this band: They put their all into their sets, giving as much back to the fans as possible to make each show truly unique.

(Watching opener Real Friends would make you think these guys were the headliners, as all the kids in attendance sang along to every song and danced the entirety of their set.) 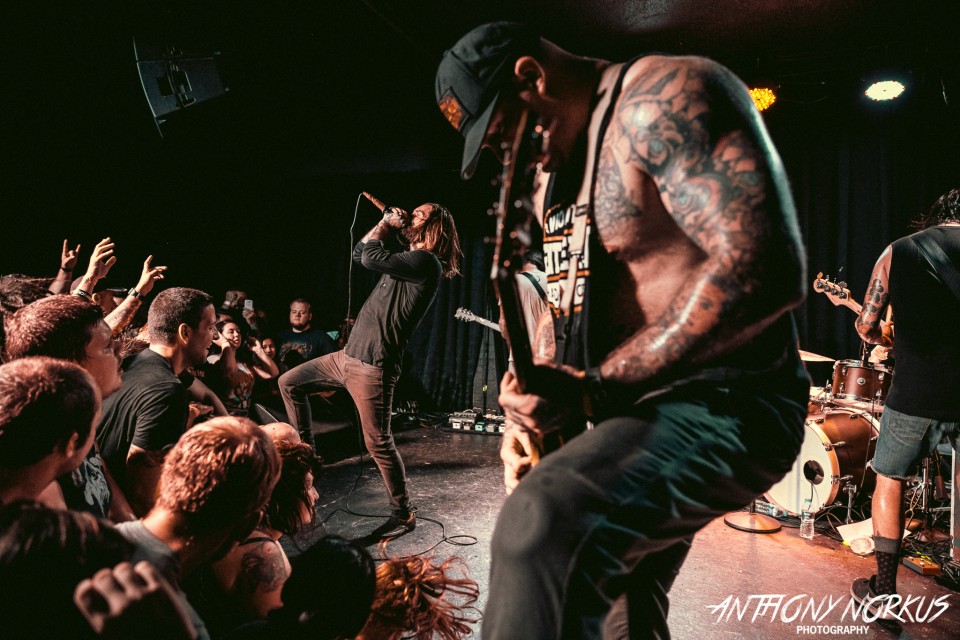 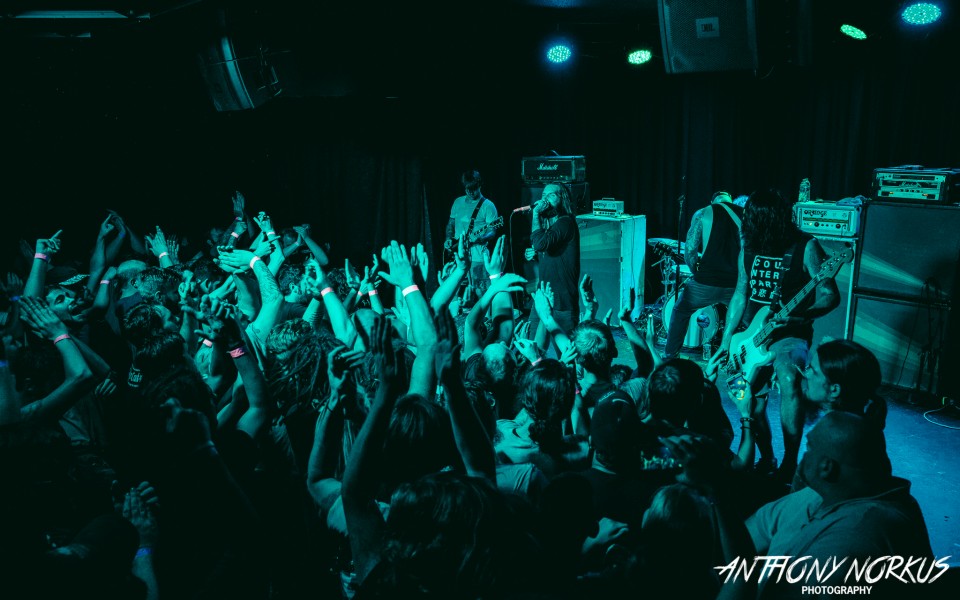 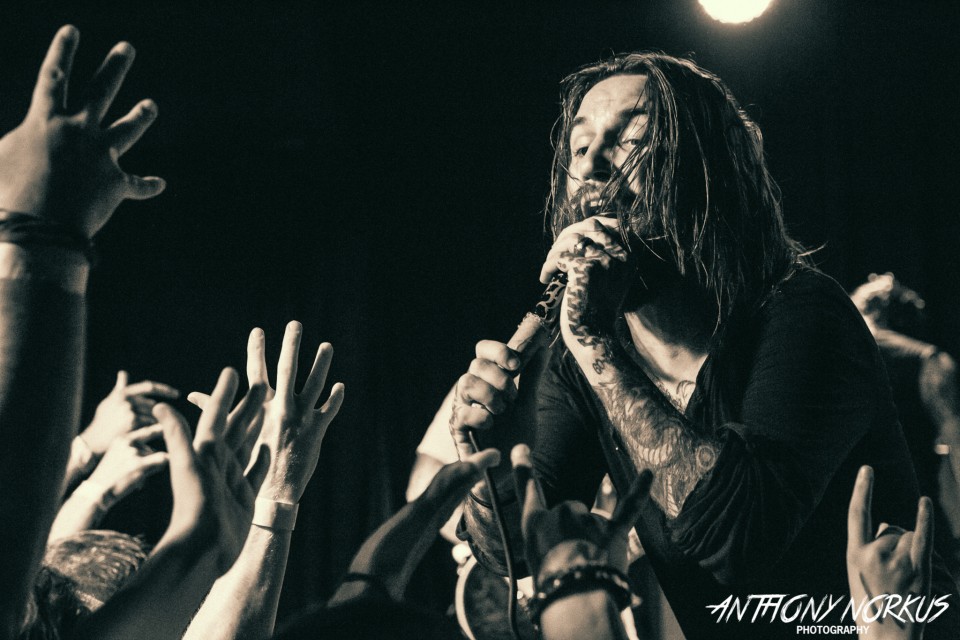 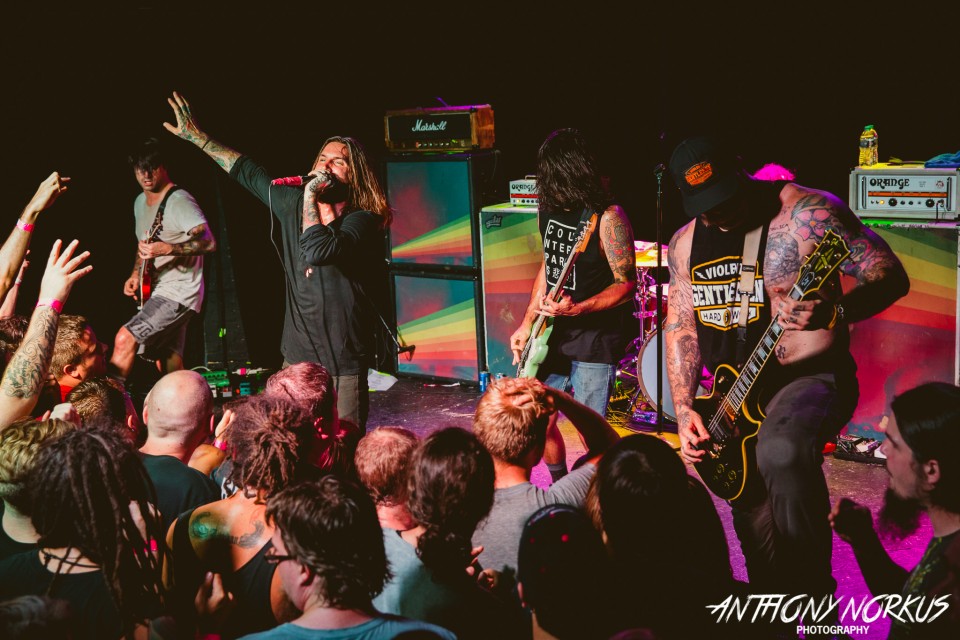 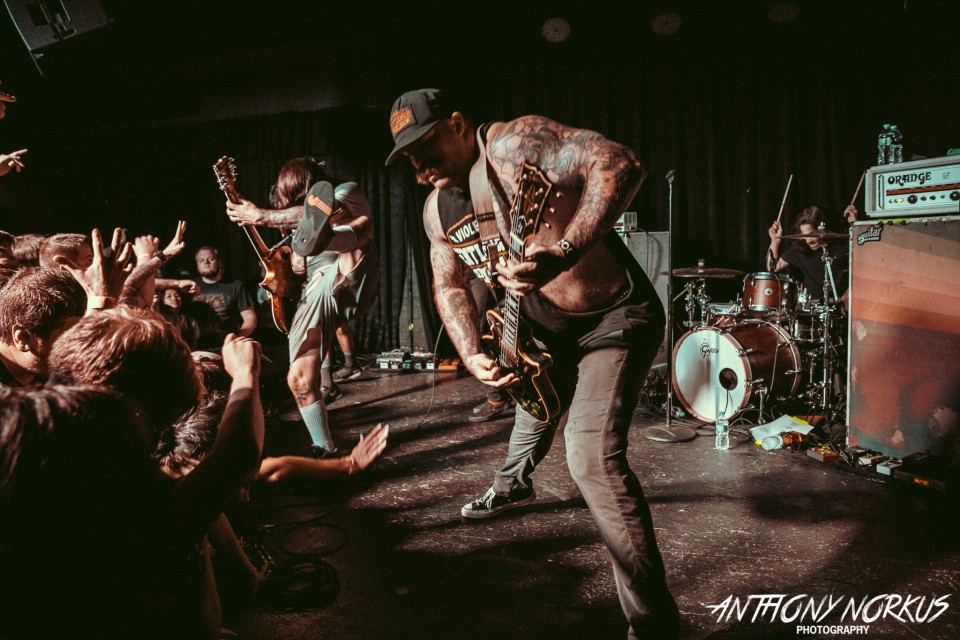 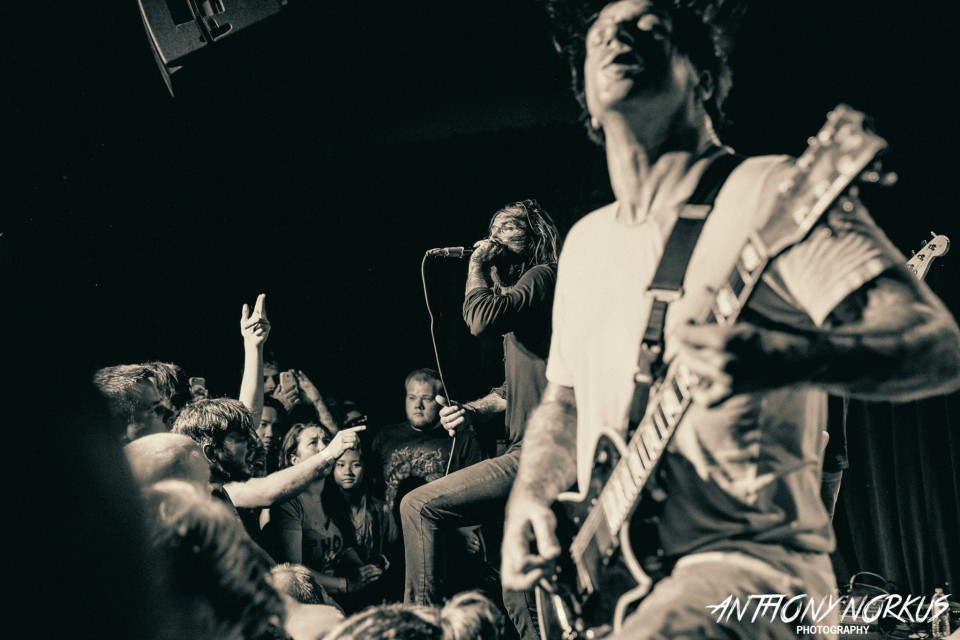 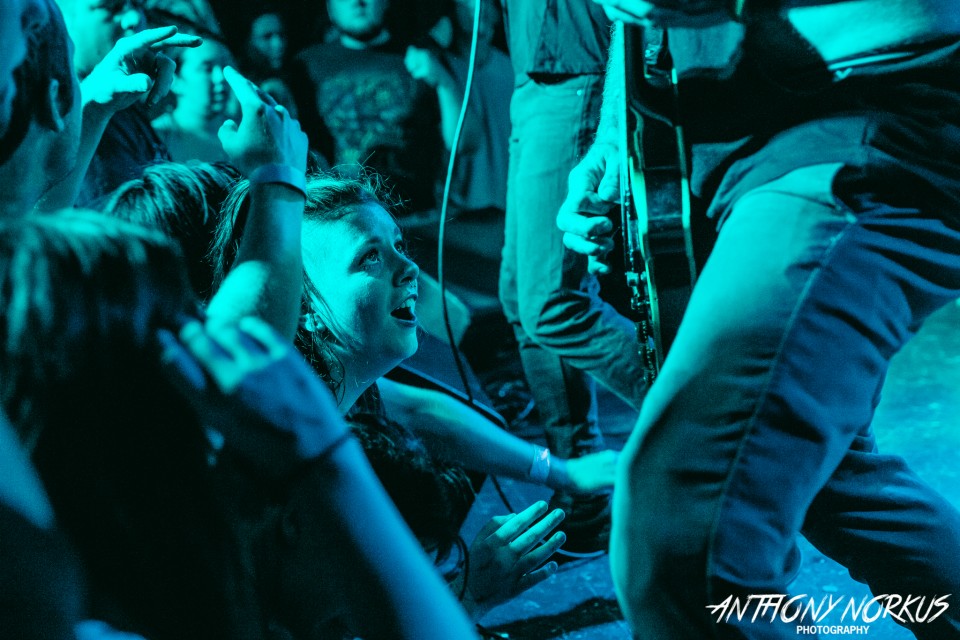 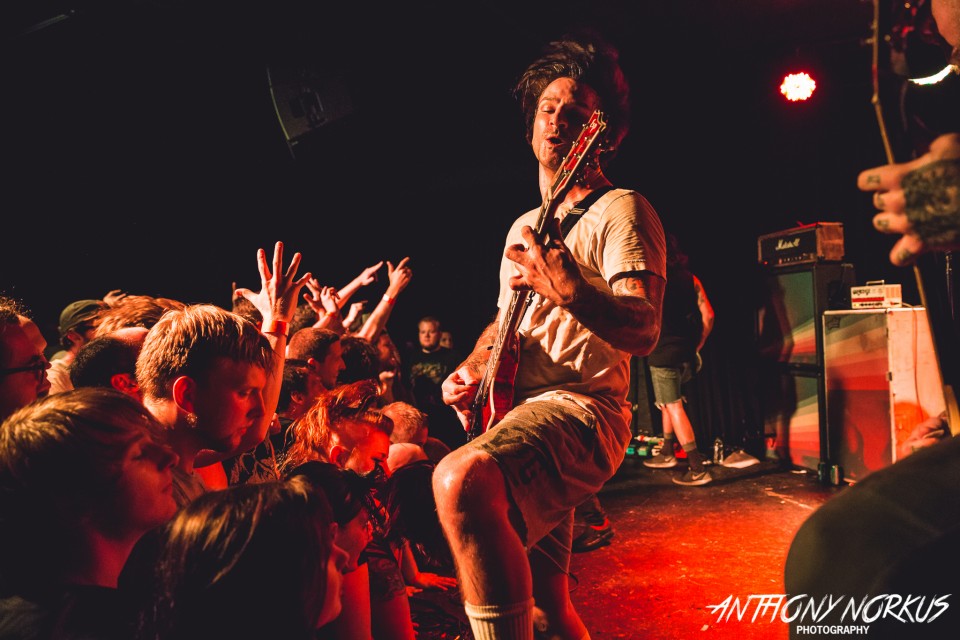 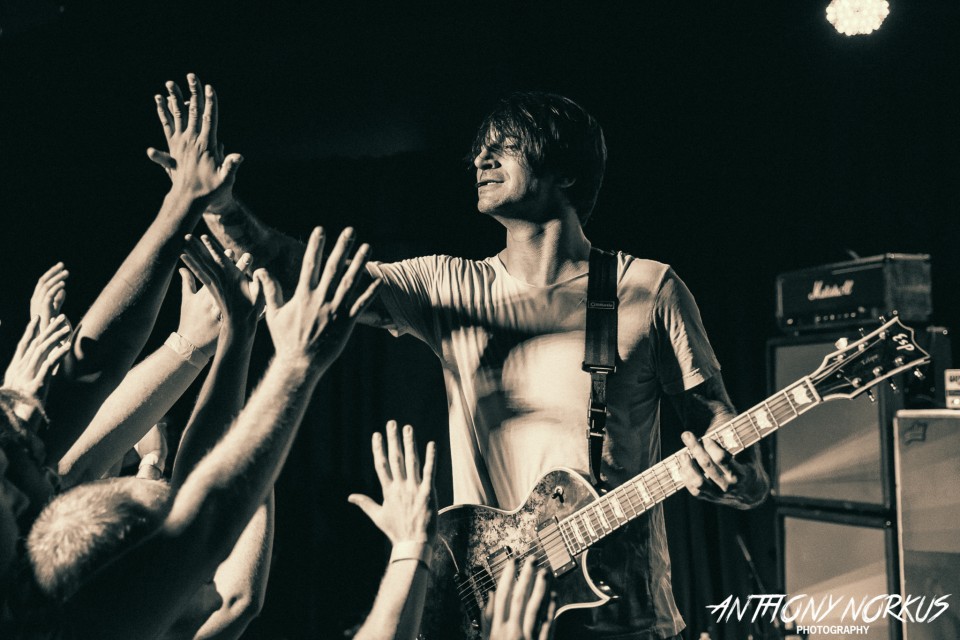 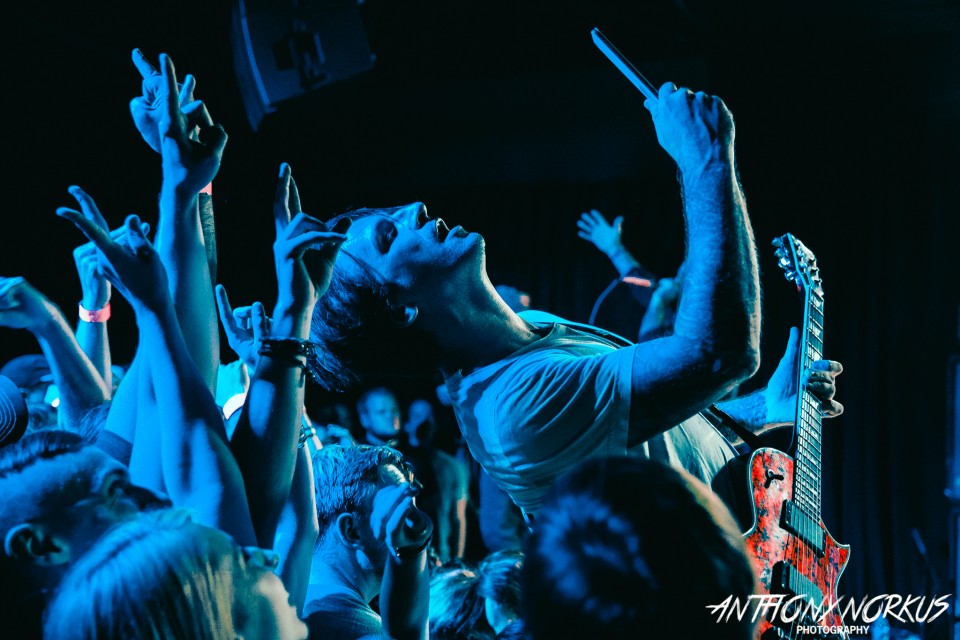 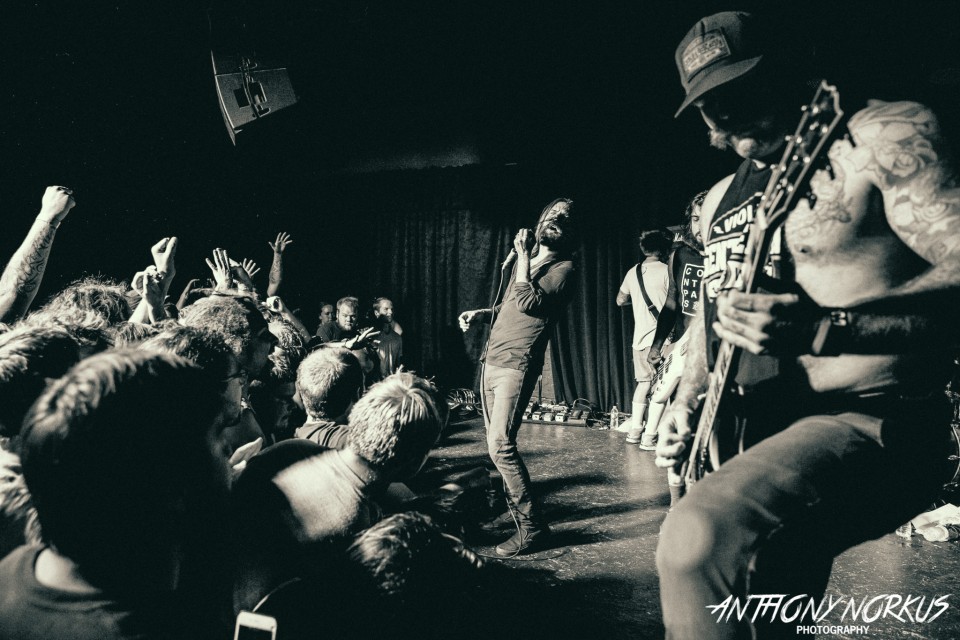 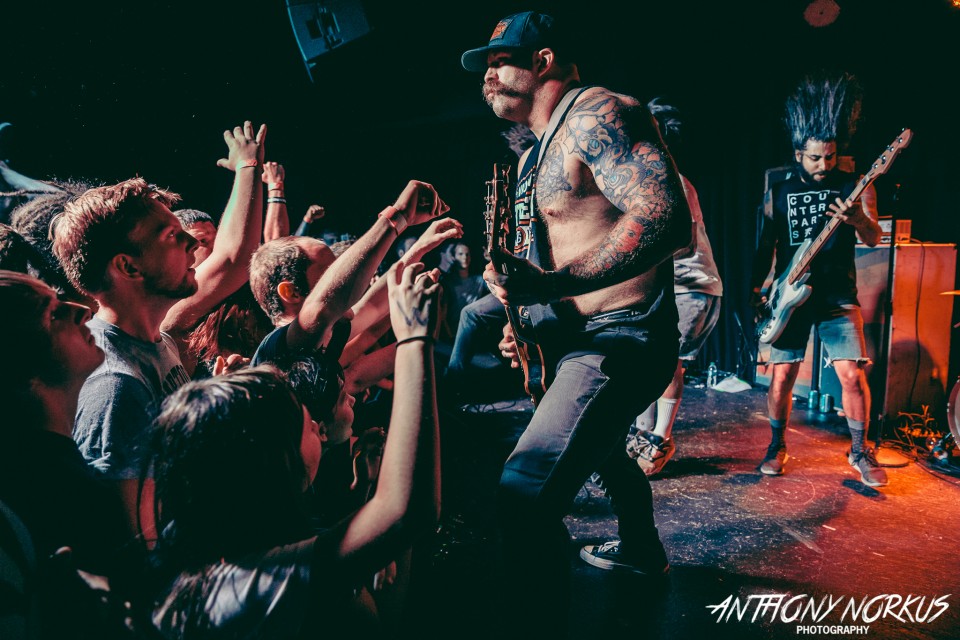 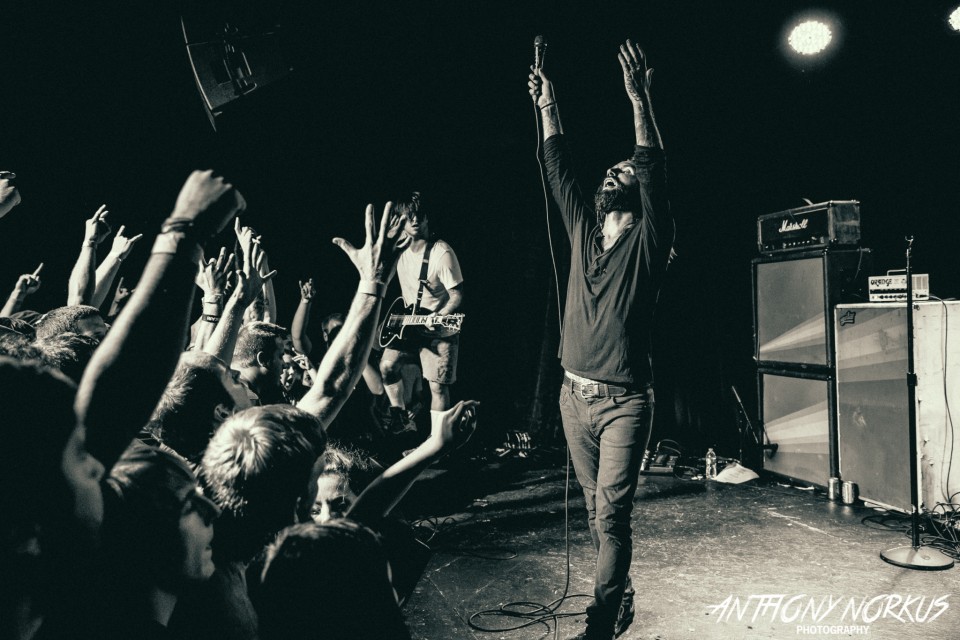 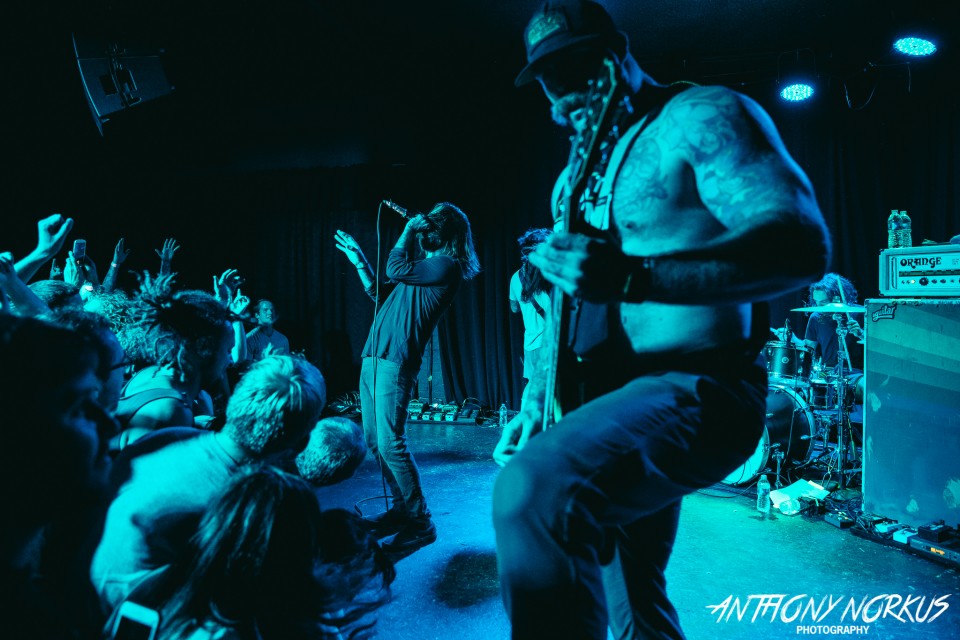 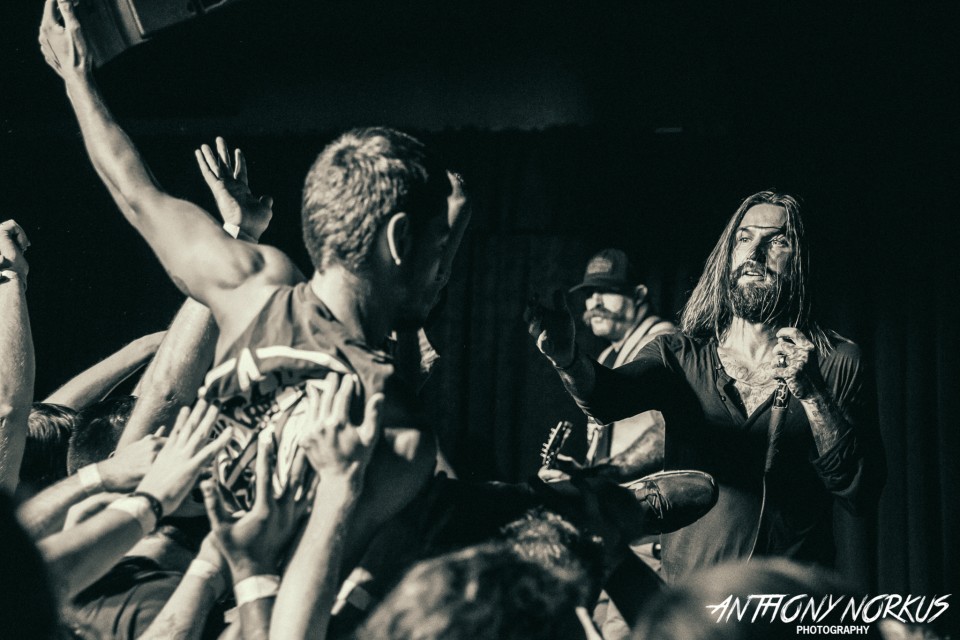 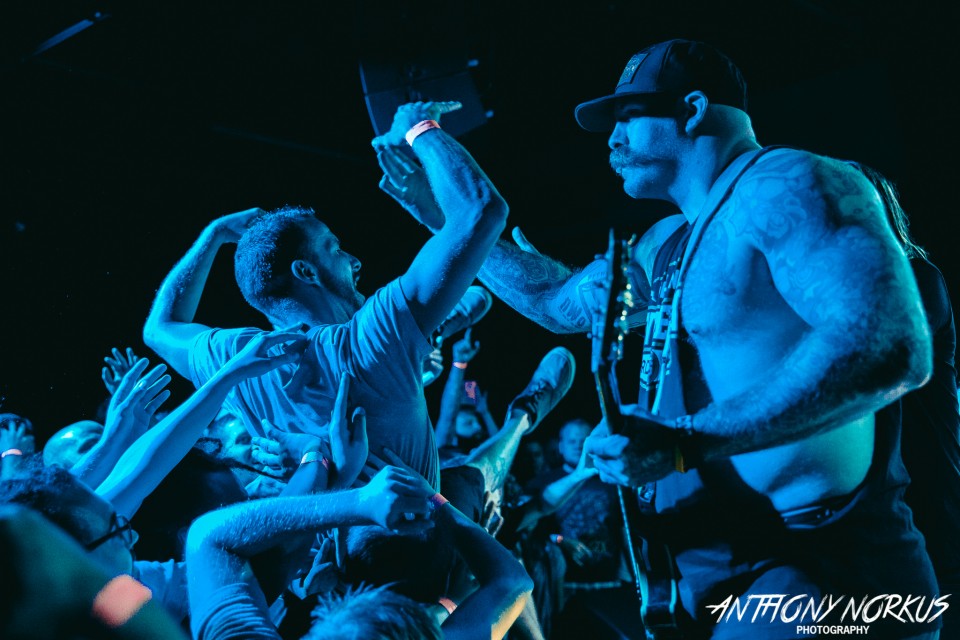 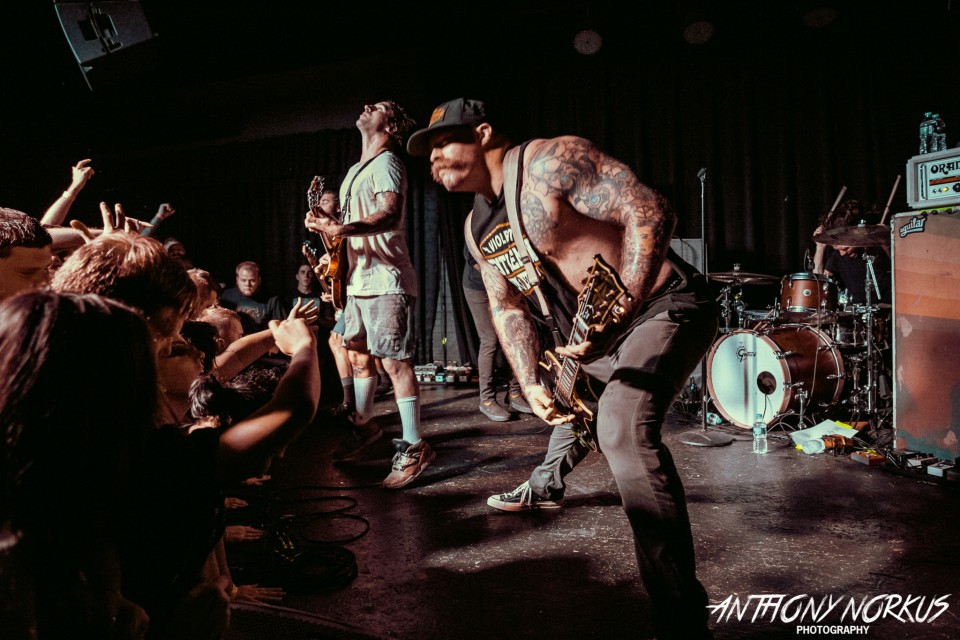 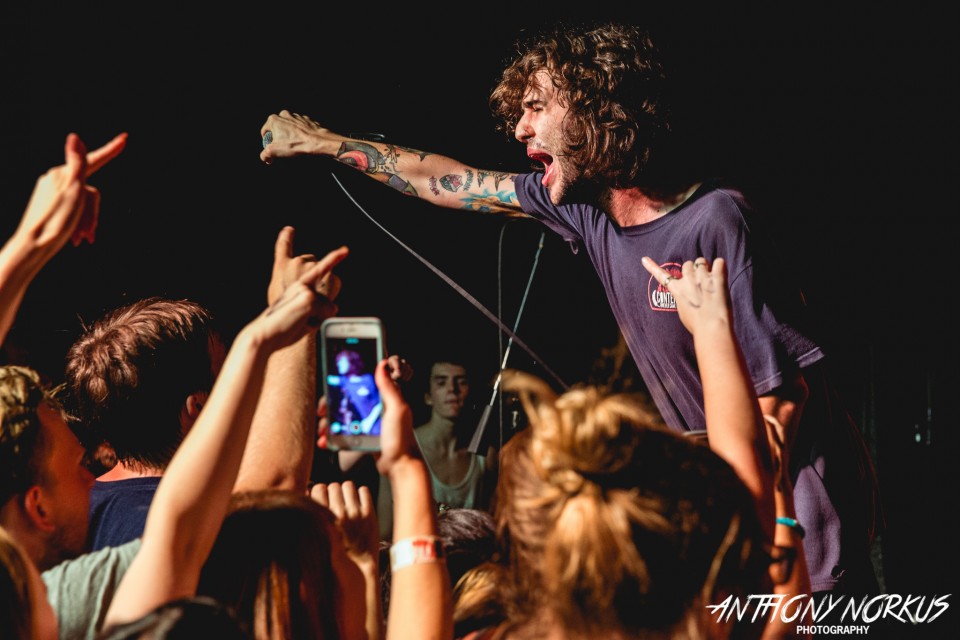 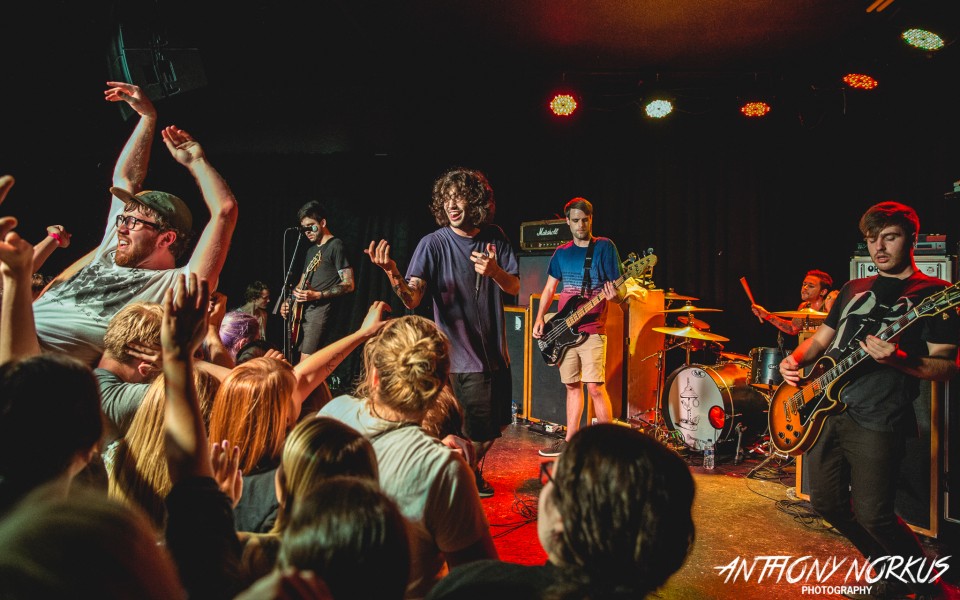 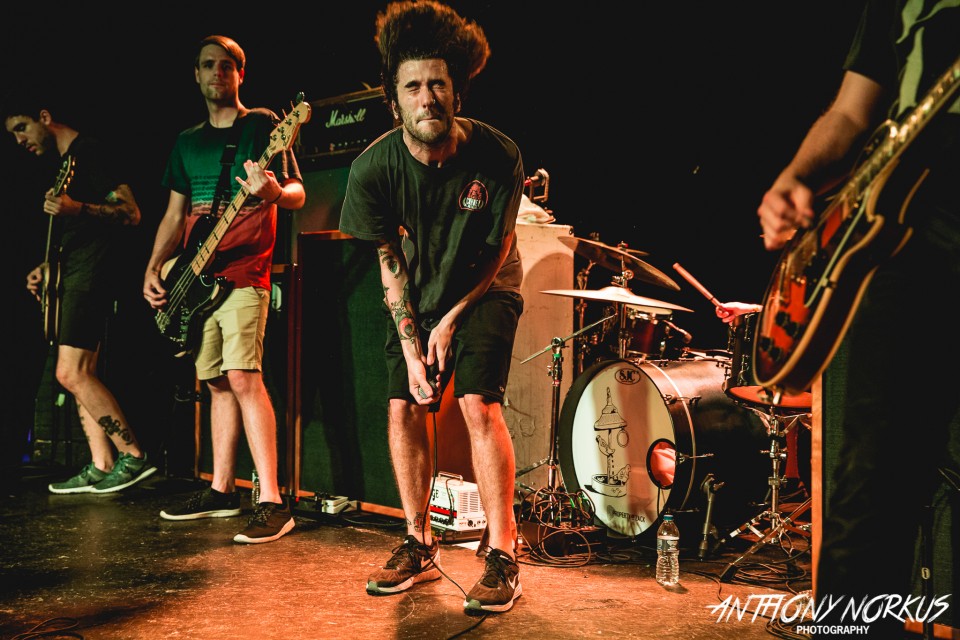 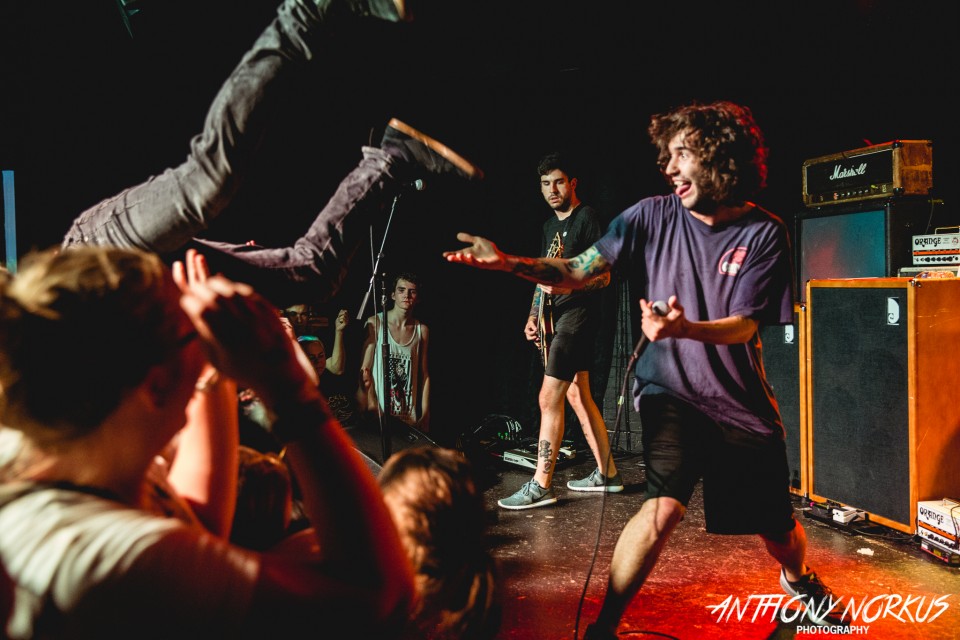 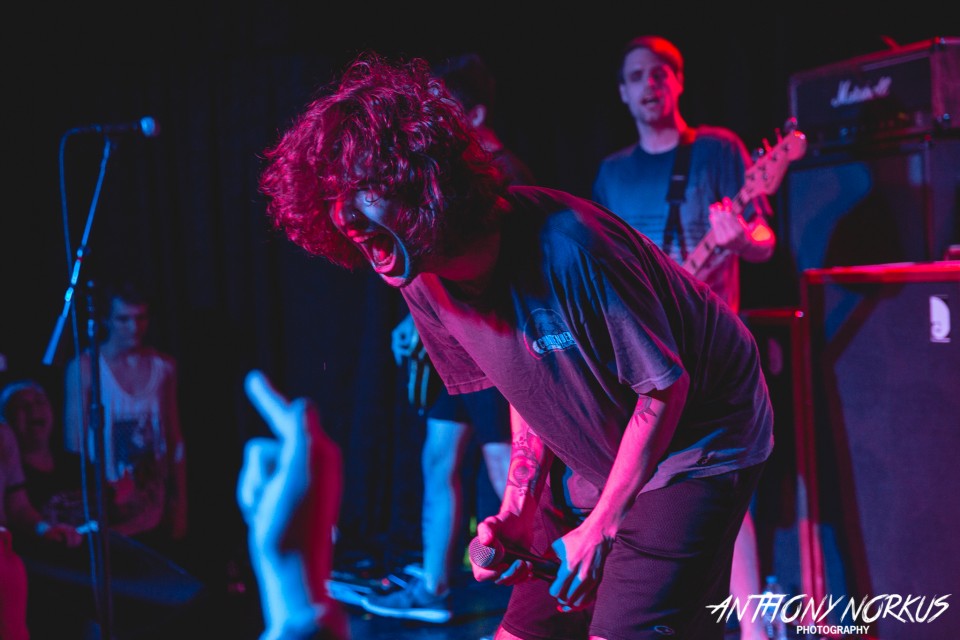