The Ray LaMontagne tantrum at Meijer Gardens has sparked a mega-debate over do’s and don’ts of concertgoers and performers. Local Spins columnist Tricia Woolfenden offers her take. What’s yours? 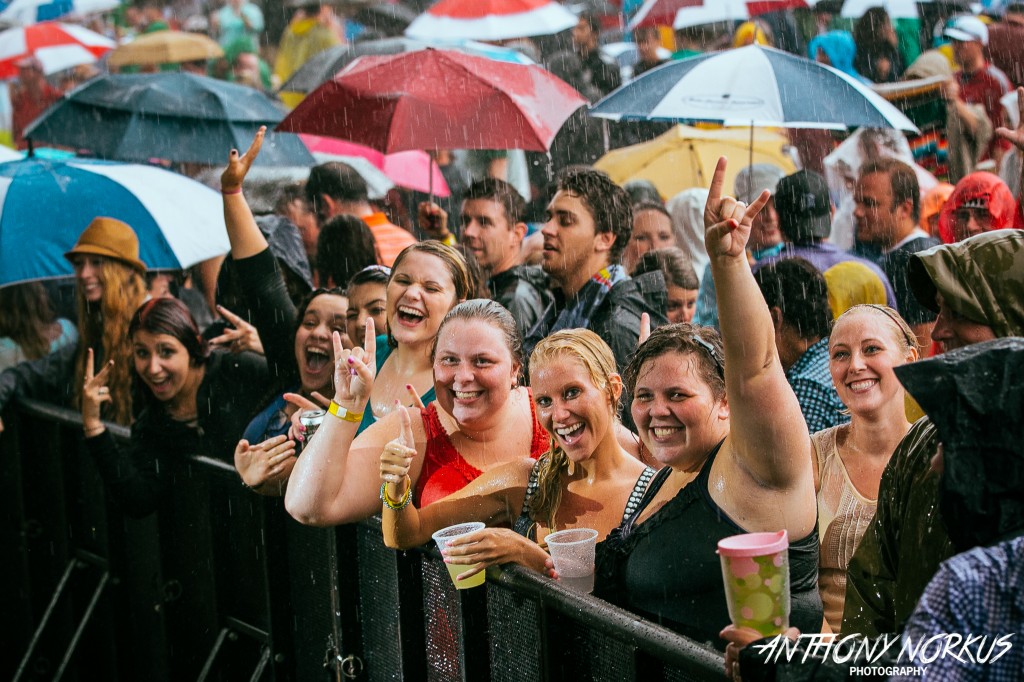 How Much Exuberance, Chatting Is Too Much? Depends on the concert. (Photo/Anthony Norkus)

No one likes a pop culture scold and no one invites the self-appointed Police of Fun to the super-secret after-parties. 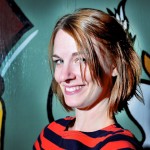 That said, recent goings-on at Frederik Meijer Gardens & Sculpture Park illuminate the need for a conversation about concert etiquette and what it takes to qualify as being a decent person while attending a live musical performance.

Plenty of Internet ink already has been spilled over Ray LaMontagne’s on-stage temper tantrum and the bad audience behavior that precipitated his mid-song walk-off. We’ll skip a rehashing of the #MeijerGardensMeltdown and instead consider how and why it happened and what we can do about it. Be sure to scroll down and take the quick two-question poll at the bottom.

(Not familiar with the fracas? Get the full scoop via the Local Spins review of the July 24 concert.)

Meijer Gardens is indisputably one of the nicest music venues in the region. It’s a picture-perfect setting, with good sound and stage views, ample parking and a diverse, well-pedigreed lineup of national headliners.

It’s also become one of the more contentious places to catch a show, according to public commentary via social media and the local news sources that covered LaMontagne’s performance.
This can be attributed to the effect of disparate crowds (with wildly different expectations of how to appreciate live musical performance) converging in one venue. Hardcore fans and the utterly uninitiated alike share a laid-back listening space, and the end result may often be that the true fans’ experience is drowned out by the socializing “picnic set.” 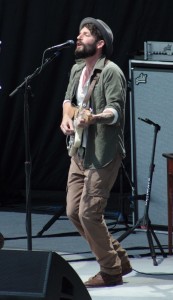 Before the Dust-Up: Ray LaMontagne at Meijer Gardens. (Photo/Anna Sink)

“(Meijer Gardens) is one of the best places I’ve ever been to for a live outdoor concert experience, but it is being continuously ruined for me by entitled patrons that think that they can act like jackasses all because they paid for a ticket…” said Local Spins reader Mike Metchikoff.

“I’ve never been to a concert venue where people are more interested in yapping loudly with their friends when artists are performing, when when they (who paid good money to attend the concert) should be listening to the artists perform.”

Metchikoff’s comments were echoed by many — often in much more colorful language — who weighed in online after LaMontagne’s perhaps well-earned outburst. Taken at face value, these opinions represent a growing faction of West Michigan music lovers and music makers who are fed up with concert attendees in general (and specifically, Meijer Gardens’ guests).

Meijer Gardens, for its part, does not perceive a need to vastly overhaul its processes in the wake of last week’s controversial stage showdown. To paraphrase Meijer Gardens President David Hooker (who was quoted in an MLive followup story), one unfortunate incident selected from a successful history of performances shouldn’t be cause for rewriting a policy.

WHERE TO GO FROM HERE? 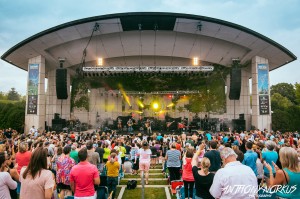 To Stand or Not to Stand: That is the Question. (Photo/Anthony Norkus)

Meijer Gardens’ ticket sales are brisk and the season is littered with sold-out dates. But the LaMontagne incident didn’t happen in a vacuum. Music lovers and conscientious concert-goers are sick of inconsiderate guests and they are speaking up in volumes online, if not through official channels.

And perhaps therein lies the rub. No business owner or music venue — or fellow audience member, for that matter — can read minds. Silently seething about perceived faults — ticketing practices, laissez-faire crowd control or incessant chatting during a quiet set — does no one any good. Nor, for that matter, does complaining about an issue via social media or in on online message board.

This column space could be used as a reminder of basic concert etiquette:

Do listen and be attentive. Don’t talk over the music. Do show your appreciation. Don’t spend the show wedded to your smartphone. Do be courteous to your fellow concert-goer. Don’t get wasted and toss your cookies in a common seating area (unless it’s a GG Allin tribute act and, in that case, go for it).

Have realistic expectations about how people will behave in a relaxed outdoor setting where adult beverages are available for purchase. 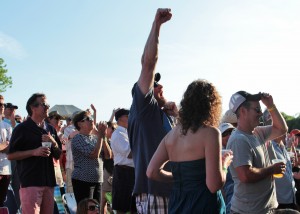 Part of the crowd earlier this summer at Meijer Gardens. (Photo/Anna Sink)

But you already know all that; you’re music fans or you wouldn’t be here.

Instead, consider this a plea to be a catalyst for change. Be an awesome concert guest.
Speak up — firmly, but at a polite volume — when someone else in attendance is being not-so-awesome. Your seat-mate may not realize* that it’s totally uncouth to have a phone conversation with their dog sitter in the midst of a whisper-quiet acoustic set.

Finally, share your opinions with the decision-makers at your venue of choice. They can’t address a problem that isn’t formally brought to their attention and it’s unrealistic to think they’ll comb through a myriad of expletive-laden, poorly punctuated Facebook comments in order to arrive at a significant business decision.

Not everyone recognizes such a basic truth. The sooner we all realize such things, the easier life gets.

CHECK OUT THE RESULTS BELOW

RESULTS UPDATE NO. 2 ON THE BAD CONCERT BEHAVIOR POLL

When you’re at a concert, how do you handle bad audience behavior?
A) Silently fume, but ultimately do nothing – 48 percent
B) Complain via Facebook, Twitter and to your partner – 11 percent
C) Give the offending party a piece of your mind – 35 percent
D) Tell security, the venue – 6 percent

Who was most at fault for the Ray LaMontagne Meltdown?
A) LaMontagne – 35 percent
B) Overly chatty concertgoers – 44 percent
C) Meijer Gardens – 7 percent
D) No one – 13 percent