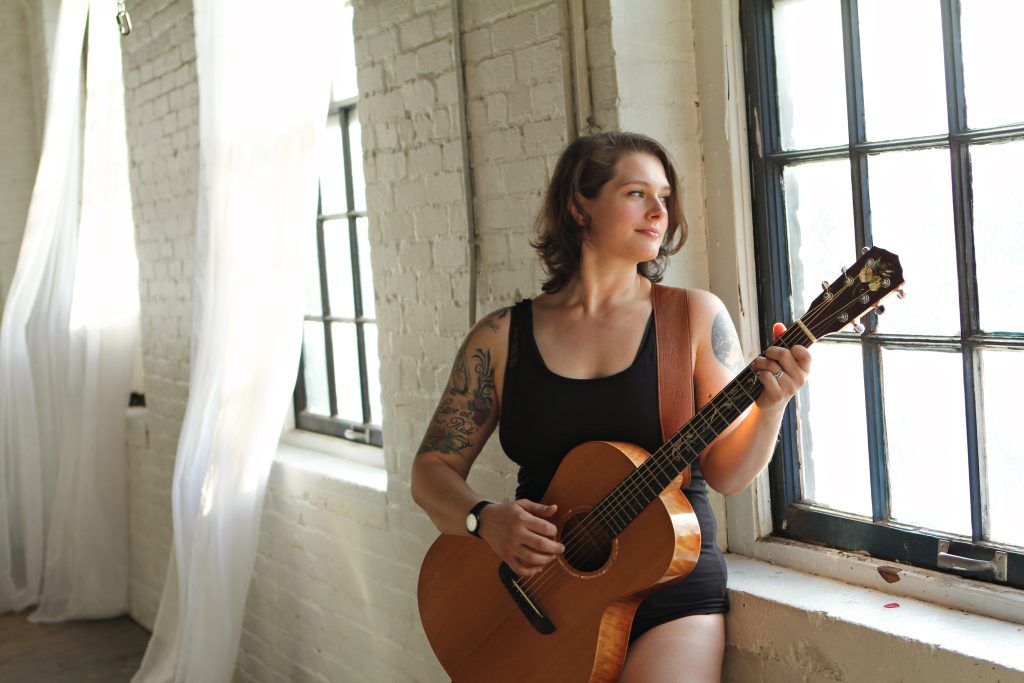 ‘An Honest Voice’ Telling a Story: Cole Hansen is set to release her debut album next week. (Photo/Jill Szyszko)

Cole Hansen has found a lot of mentors in Grand Rapids’ music scene – artists who’ve encouraged her to pursue songwriting and create her own music.

Now, after spending years in various bands and participating in other musical projects, the singer-songwriter is set to release her debut solo album, “Just In Case,” on March 28, the day she turns 36.

“I’m really proud of it. I learned a lot in the process,” said Hansen, who recorded the album with Collin Pompey at Black Ops Audio in Kalamazoo.

“I have wanted to make a solo record for as long as I can remember. I knew I had to do it. I’ve been talking myself out of it longer than I have been trying to get myself out there. It’s the ‘getting yourself out there’ part that is so difficult for me.” 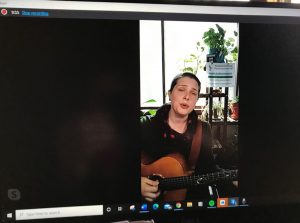 “Getting out there” has taken years, but it’s clear Hansen was destined to make this happen.

Veteran guitarist and luthier Mark Swanson gave Hansen her first guitar lessons when she was 14, and her parents presented her with one of Swanson’s custom-made guitars a couple of years later.

After studying music at Grand Rapids Community College and performing in groups such as Shades of Blue and the Madrigal Singers, singer-songwriter J. Oscar Bittinger offered her a public performance with other songwriters during one of his “A Winter’s Tune” concerts at Wealthy Theatre

“That’s the first time I ever felt like a songwriter,” she recalled. “J. Oscar really encouraged me.”

So did Nicholas James Thomasma, who hosts open-mic nights at Founders Brewing Co. He urged Hansen to keep writing and gave her the opportunity to really “figure out where I fall in the music scene. … It’s been a process.”

Part of that process has meant being part of atmospheric Americana group Bello Spark and the band Shades of Blue, as well as performing in Grand Rapids Civic Theatre’s “Ring of Fire.”

But “Just in Case,” recorded with a full band (drummer Madison George, keyboardist Dutcher Snedeker and bassist/guitarist Pompey) represents Hansen’s vision for what her music is meant to be.

“I wrote and arranged all the songs and had an initial vision for how I wanted the album to sound. After I decided Collin was the right engineer for the job, I focused on hiring the musicians who I believed could elevate these songs to reflect the way I heard them in my head,” she said.

Hansen performed two songs from that new album as part of this week’s edition of Local Spins on WYCE. Watch a video of her performing one of the tunes here and scroll down to listen to the full radio show podcast below.

Hansen conceded it wasn’t easy “to prove that negative voice in my head wrong” and plunge ahead with her solo project.

“I have struggled with self-esteem issues and social anxiety for a very long time,” she said. “It surprises a lot of people because I hide it well, but it’s always a part of me. It’s difficult to sing your songs for people when you spend so much time in your head telling yourself you’re not good enough.”

Her music, by contrast, boasts “a little bit of whimsy,” influenced by everything from Americana to jazz to classic rock. 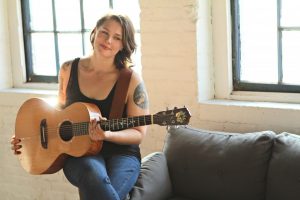 “I try to keep it light. Everybody’s day needs brightening,” she reasoned. “These songs are not for me. They are for all of those people in need of an honest voice to tell their story, or to lift them up a bit. I like to think my songs will help a lot of people.”

And she isn’t fazed that her plans for performances in support of the new album have fallen through due to the current COVID-19 crisis and the closure of bars and concert venues. She’s already been releasing singles to build up anticipation to the upcoming release, and plans to busk, do live-streams and otherwise promote the album in coming months.

Beyond that, Bello Spark is eyeing a new album project and Hansen plans to participate in Circle Theatre’s summer concert series.

As she put it: “I’m trying to fit music into my life more these days.”

This week’s edition of Local Spins on WYCE – which spotlights local and regional music at 11 a.m. Friday on 88.1 FM WYCE – also featured the debut of new tracks by The Legal Immigrants, Ohly, John Sanger, The American Hotel System, Martyr for Madison and Jake Allen, as well as tracks by Earth Radio, Ruth and Max Bloomquist and Deerfield Run (which also has a new album on the way). Listen to the radio show here. 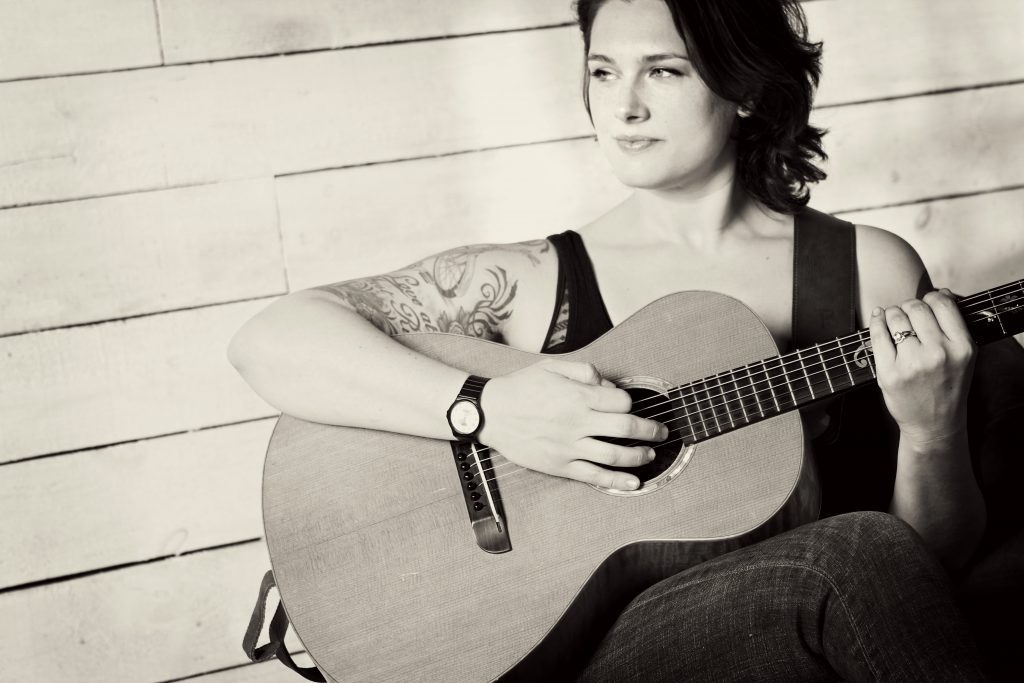