The young modern jazz band led by Dutcher Snedeker kicks off the International Wine, Beer & Food Festival in Grand Rapids Thursday, with a full-length album set for release in 2020. 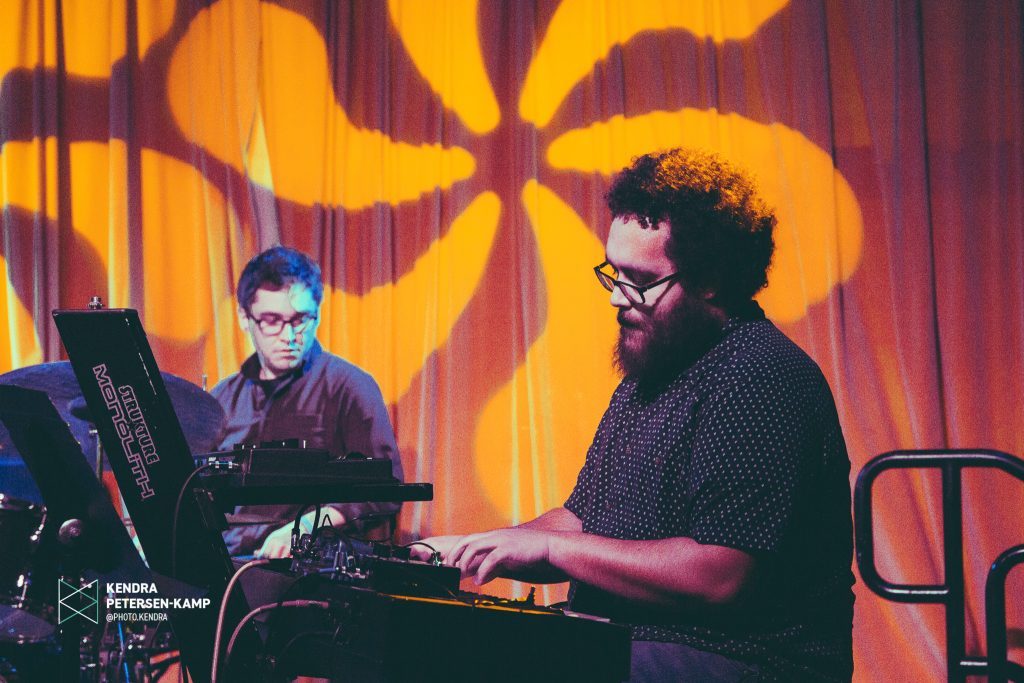 SCROLL DOWN FOR VIDEO, PLUS BAND SCHEDULE FOR WINE, BEER & FOOD FESTIVAL

The lineups may change, but the mission remains the same.

“We’re one of a few young jazz groups in West Michigan doing original music and we’re all bringing multi-genre influences to this project with our writing and arrangements,” said Snedeker. 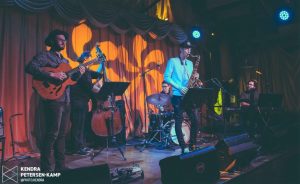 “All of these people bring different backgrounds, flavors, styles, education … looking at jazz as this kind of canvas and coloring it with different notes and harmonies that we bring to the table.’

All of those players eventually moved out of state to pursue other jazz projects, so the roster of Blushing Monk continues to fluctuate as different musicians enter the local jazz scene.

Blushing Monk will play as a quartet on the Vineyard Music Stage at the International Wine, Beer & Food Festival at DeVos Place at 6 p.m. Thursday (Nov. 21), with Ian Thompson filling in on bass for Takemura.

Watch a video of Blushing Monk’s in-studio rendition of “Working Title,” performed for Local Spins on WYCE earlier this year.

It’s a robust young lineup of talented musicians, steeped in the tradition of “all the greats” such as Charlie Parker, John Coltrane, Chick Corea and Herbie Hancock, but exploring various modern influences with their own compositions. 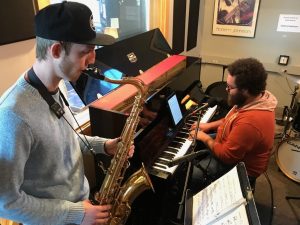 On the Air: Caleb Elzinga and Dutcher Snedeker at WYCE. (Photo/Local Spins)

“It’s part of the Michigan crew that we’ve all come to know each other through different projects. … a good mix of jazz talent,” Snedeker said. “Jazz is definitely a great tool for navigating a lot of other styles of music.”

Blushing Monk, which released a five-song EP in 2017, recently returned to the studio to record a few new songs. The tracks will appear on a full-length album, “Serendipity,” sometime next year with cover artwork by The Crane Wives’ Emilee Petersmark.

“We have new music ready to go, but I still need to order the CDs,” Snedeker said. “We recorded three new songs of mine and we’re packaging them with remastered versions of the EP tracks to put out one full-length, physical debut.” 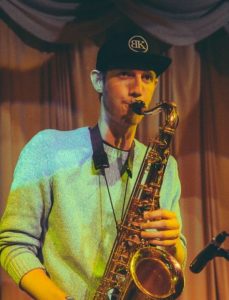 Tune in to Local Spins on WYCE (88.1 FM) at 11 a.m. Friday when Brent Shirey of Valentiger will be the in-studio guest.

NOTE: Portions of this story appeared earlier this year at Local Spins.