Hip hop and Jesus, how does that coexist? Malcolm chats about his groundbreaking journey on this week’s radio show, which also featured new music by The Hacky Turtles, Tom Hymn, Seth Bernard and more. 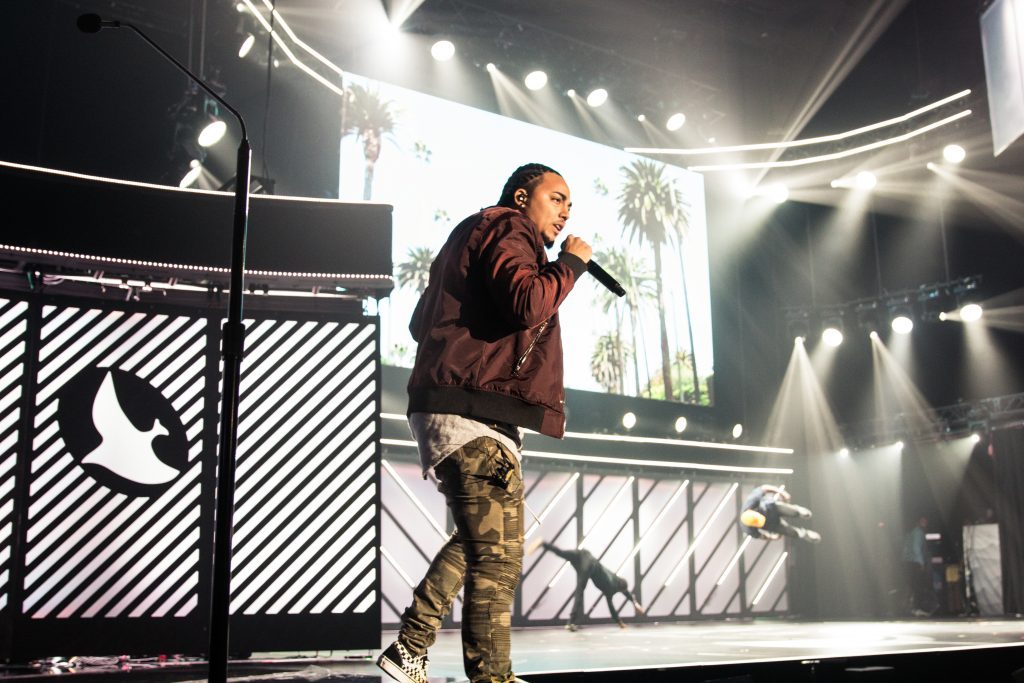 SCROLL DOWN FOR PODCAST, VIDEOS

Steven Malcolm didn’t set out to be a Christian rapper, let alone a rising national star in the genre. 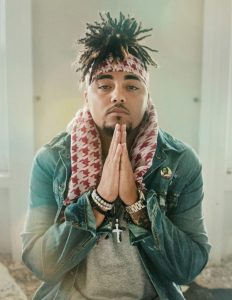 ‘A Calling from God’: Steven Malcolm has been touring the country.

Instead, this wordsmith with impressive, message-filled rhymes has toured nationally with Lecrae and Andy Mineo, was part of the high-profile Winter Jam Tour and numerous festivals, and last year was nominated for three Dove Awards (including new artist of the year and rap/hip hop album of the year).

He also happens to be the first hip hop artist signed to Word Entertainment (Curb Records), which also features such well-known acts as Skillet, Switchfoot and Sidewalk Prophets. The single, “Party in the Hills,” from his first release has racked up more than 1 million views on YouTube (watch it below) and he’s been touring nationally behind the follow-up EP, “The Second City Part 2,” which was released in June.

Malcolm, now 27, readily concedes that the idea of pursuing a career in music “wasn’t a reality” when he started writing and rapping as a teenager after a difficult childhood, inspired by the likes of Michael Jackson, Bob Marley, Snoop Dogg, Lil’ Wayne, Travis Scott, Drake and more. But when he attended The Edge, a “hip hop church” in Grand Rapids, at the urging of a friend, it changed everything.

A CAREER THAT’S ‘REALLY BEEN TAKING OFF’

“Hip hop and Jesus, how does that coexist? I walk in here and I see young cats, young guys who look like me, dress like me and talk like me, but they love Jesus,” he recalls of the youth-driven environment at the church. “Something about them was like they’ve got something that I feel like I need.” 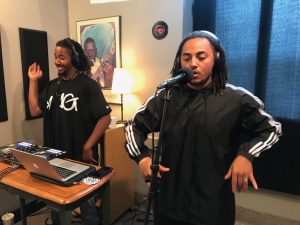 On the Air: Mark Evans and Steven Malcolm at WYCE. (Photo/Local Spins)

He quickly built a devoted audience for his rapping and videos via social media, attracting the attention of major labels and eventually signing with Word Entertainment.

“It was more like a calling from God and the career’s really been taking off,” says Malcolm, whose father was from Jamaica, a heritage that also inspires his music.

Malcolm and DJ Mark Evans brought dynamic examples of the rapper’s infectious tracks to this week’s edition of Local Spins on WYCE, performing the songs “44 More” and “Watch” on the air. Listen to the full podcast below and check out his new video for the single, “Fuego,” here.

Malcolm stresses that hip hop fans are liable to appreciate his music, even if they’ve been reared on mainstream rap. And his performances, he says, are all “second nature,” because he knows his words and material so well. 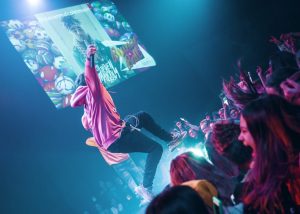 “Me and Mark, we come from the hip hop culture, period,” he says. “The only difference with us is our heart: We love Jesus and we want to glorify Jesus with our music. Our music is going to sound like a mainstream song, but if you listen to the lyrics, the message is very different.”

Malcolm – who plays Florida, Nebraska and New York later this month (and gets married in August) – aims to continue his rapid rise by touring regularly and spreading the word about his music.

“Sometimes we don’t sleep. But we love what we do and we travel all over the country and it’s a blessing,” he says. “We want to get to a spot where we’re headlining our own tours every year.”

Get more information about Malcolm online at stevenmalcolm.com. 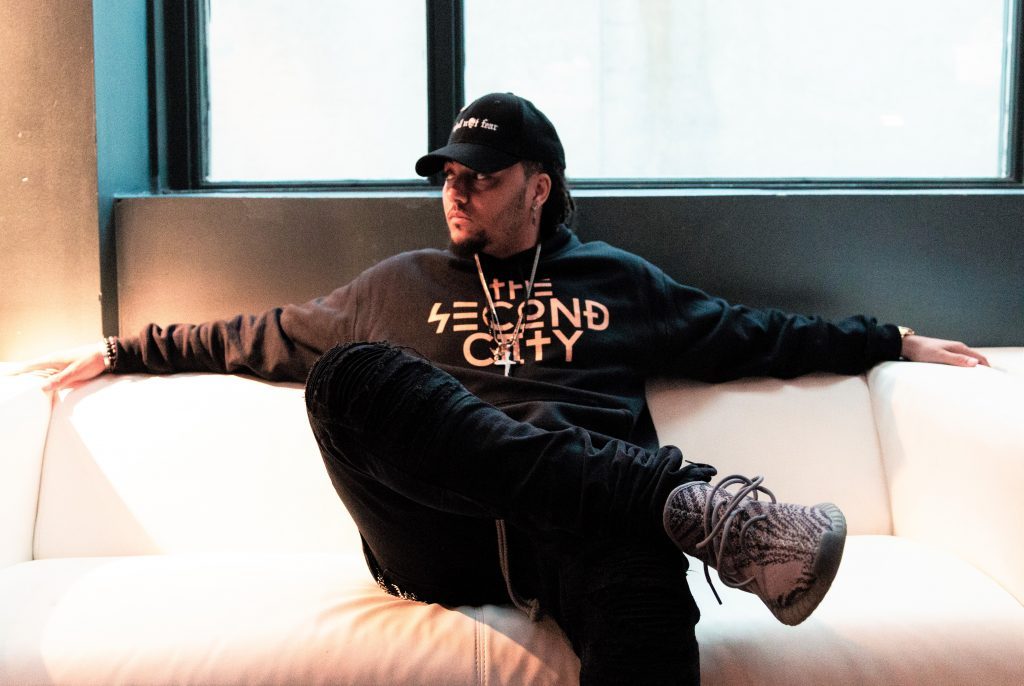