The Ionia County native is changing the face of bluegrass and bringing mainstream attention to an important American genre. A Local Spins commentary. 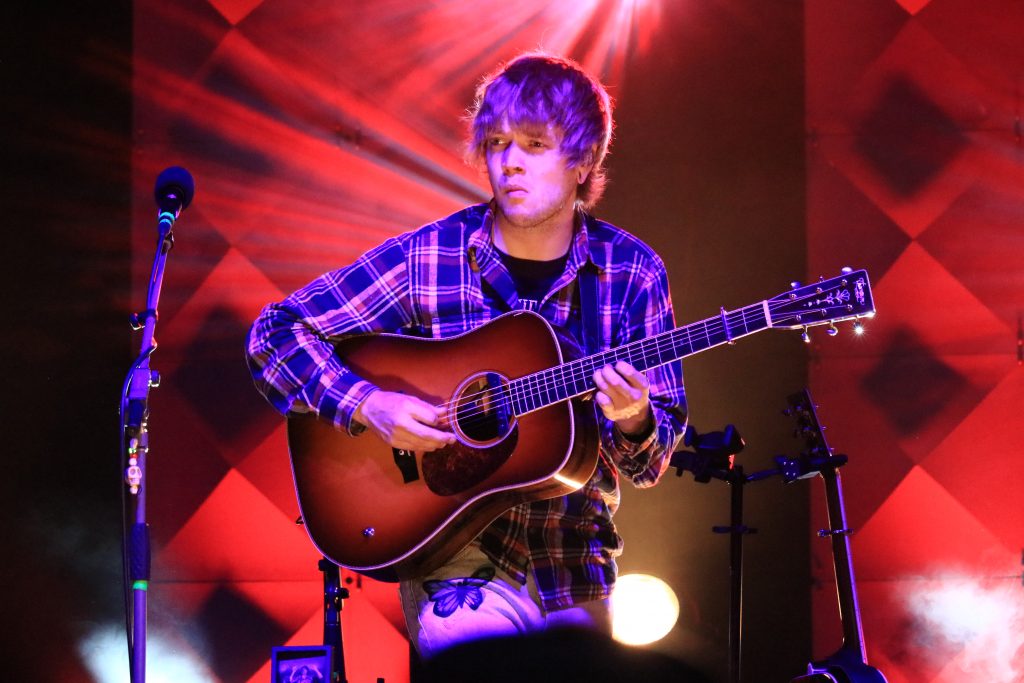 The New Face of the Genre: Billy Strings on stage at Michigan’s Hoxeyville Music Festival in August. (Photo/Anna Sink)

What’s made Billy Strings’ rise to national stardom unusual is that he’s received attention for his musical prowess from mainstream corners that typically pay little or no attention to the bluegrass genre – from the New York Times to Rolling Stone magazine to iTunes.

The West Michigan-bred guitarist’s latest album, “Renewal,” not surprisingly shot straight to No. 1 on the Billboard Bluegrass Albums chart, much like his 2019 release, “Home.”

But it also hit No. 4 on the U.S. Folk chart and No. 9 on the Top Country Albums chart, not to mention debuting at No. 6 in overall album sales, period.

Buoyed by that crossover appeal, William Apostol, aka Billy Strings, who just celebrated his 29th birthday on Sunday, has become the new face of bluegrass and probably the single most important contemporary star for an American genre with roots stretching back to the 1940s.

His acknowledgement and passion for traditional icons ranging from Bill Monroe, Lester Flatt and Earl Scruggs to David Grisman and Ralph Stanley has kept him steadfastly in the fold when it comes to bluegrass purists, too. Billy & Band: In the midst of a mostly sold-out national tour. (Photo/Anna Sink)

Consequently, Billy Strings was named not only Entertainer of the Year, but also Guitar Player of the Year at last week’s International Bluegrass Music Association 2021 Bluegrass Music Awards. It was an early birthday present for a flat-picking guitarist and his band in the midst of a U.S. tour that’s sold out nearly all of its scheduled shows (including three straight nights at Grand Rapids’ GLC Live at 20 Monroe Dec. 30-Jan. 1).

The latest pair of awards comes after he won guitar player of the year and new artist of the year honors in 2019, and snagged the Grammy Award for best bluegrass album for “Home.”

Heck, there was a time not that long ago (probably when Apostol was growing up as a rowdy kid in Ionia County) when bluegrass music wasn’t considered all that hip and wasn’t embraced so enthusiastically by young audiences.

But Apostol and another Michigan act, Kalamazoo’s Greensky Bluegrass, have helped change all that by infusing their music with rock ‘n’ roll verve, making the future of bluegrass very, very bright indeed.