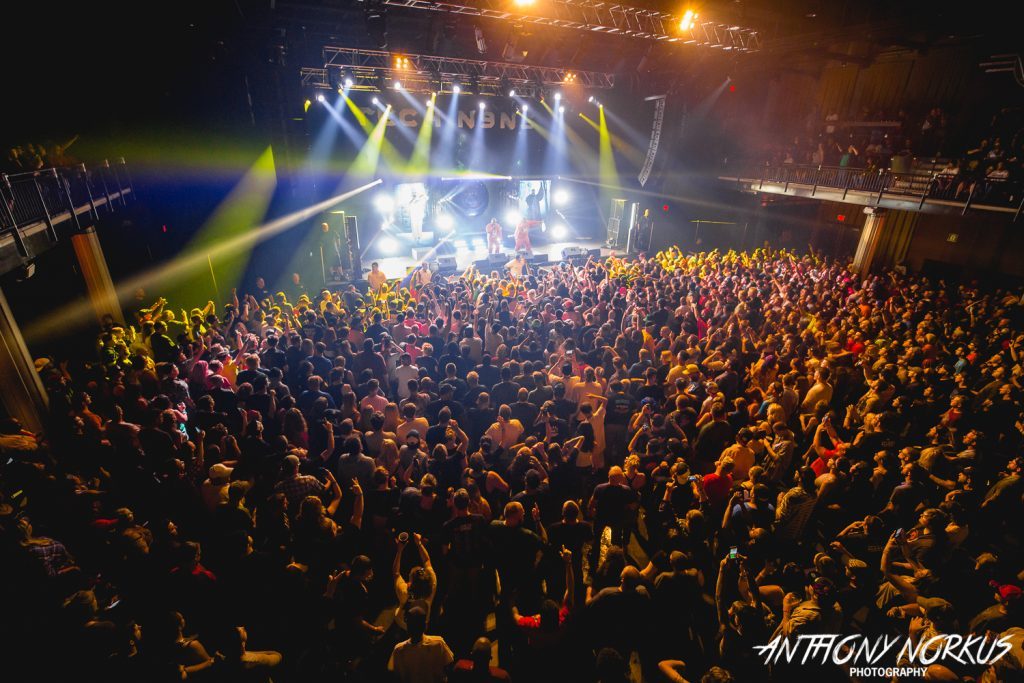 Back in Grand Rapids: Tech N9ne is part of a lively week of West Michigan concerts. (Photo/Anthony Norkus)

Have concerts you think deserve to be spotlighted? Email date, time, ticket prices, location and details to liz@localspins.com.

To be included in our “Big List of Michigan Music Festivals” or one of the summer outdoor concert lists, send email liz@localspins.com  with the details. Make sure to include your contact information. 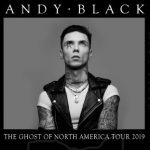 ANDY BLACK
When: 7:30 p.m. Monday
Tickets: $28.50
Where: Elevation inside The Intersection, Grand Rapids

Andy Black, founder and lead singer for the glam metal/metalcore band Black Veil Bridestip top, has spearheaded a solo project under the Andy Black moniker since 2014 (his real name is Andy Biersack) and is touring behind his brand new album, ”The Ghost of Ohio.”

Also on the bill for this all-ages show: The Faim and Kulick. Doors open at 6:30 p.m.; details online at sectionlive.com. 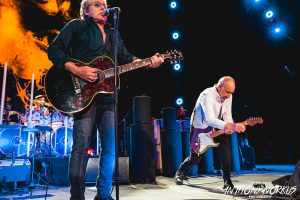 The Who (Photo/Anthony Norkus)

If they’re really “Moving On,” as the tour title suggests, then this swing through the United States could be a very special one for fans of The Who, one of the classic rock era’s most influential bands. Still led by Pete Townshend and Roger Daltrey (with Ringo progeny Zak Starkey on drums and Townshend progeny Simon Townshend on guitar/mandolin, plus bassist Jon Button and keyboard player Loren Gold), the band also will feature symphony accompaniment from about 50 local and out-of-town musicians, including members of the Grand Rapids Symphony.

Opening the evening will be California rock band Dirty Honey, touring behind its new self-titled EP. Some tickets still were available early in the week. Get them online at ticketmaster.com. And come back to Local Spins on Tuesday morning for a special Who playlist to help you warm up for the big show. 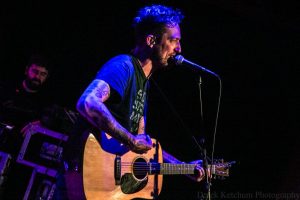 U.K. folk-rock and punk artist Frank Turner will perform in Grand Rapids in support of his seventh album, “Be More Kind,” which earned widespread critical praise.

Joining him will be his long-time backing band The Sleeping Souls as well as South Carolina folk duo Shovels and Rope with special guest Trapper Schoepp. Doors will open at 6 p.m. for this all-ages show. Tickets can be found online here. 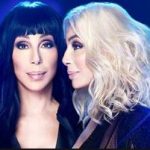 Whether it’s her last is uncertain, but this certainly isn’t the first “final” tour for Cher, who mounted a three-year-long “Living Proof: The Farewell Tour” in 2002-2005. This time around, Cher will make a stop in Grand Rapids on her 7th solo tour, titled “Here We Go Again.” This is a celebration of the release of her 26th studio album, “Dancing Queen.”

Special guests Nile Rodgers and Chic – who racked up a slew of R&B/disco/funk hits in the 1970s – will open for Cher. Ticket prices vary, and they can be found at ticketmaster.com. 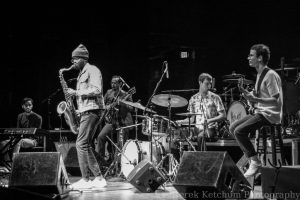 The Local Spins Wednesdays series is proud to present the SpeakEZ Lounge debut of a dynamic, young and inventive Kalamazoo jazz band, Lushh. Not only that, but this talented bunch is celebrating release of its full-length debut album this week.

The electronic jazz band, featuring Eddie Codrington, Andrew Saliba, Grayson Nye, Matthew Epperson and Madison George was formed in 2015, after meeting through the Jazz Studies program at Western Michigan University. Lushh, which draws inspiration from Kneebody, Donny McCaslin, Hiatus Kaiyote and others, was named two years in a row as Best Group in the Blues/Pop/Rock category of Downbeat Magazine’s Student Awards.

Lushh follows this with another album-release show in Kalamazoo on Thursday. 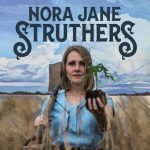 Singer-songwriter Nora Jane Struthers, an Americana artist hailed by Rolling Stone and NPR Music, has steadily risen the musical ranks and even made the “best albums of the year” list by No Depression magazine.

The Nashville-based artist is touring and performing in support of her most recent album, 2017’s “Champion.” Struthers and her band, The Party Line, bring elements of folk, roots music and rock to the stage.

Get details online at foundersbrewing.com. Struthers will be back in Southwest Michigan as part of the 7th annual St. Joseph BBQ, Blues and Bluegrass Fest on May 18. 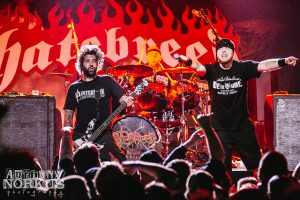 Connecticut metalcore band Hatebreed is celebrating its 25th anniversary with a U.S. tour that makes its only Michigan stop in Grand Rapids this week. (The band heads overseas to Europe in June, still touring behind its latest studio album, “The Concrete Confessional.”)

Also appearing at The Intersection show will be Obituary, Madball, Prong and Skeletal Remains. Doors open at 6 p.m. for this all-ages show, with tickets available online at sectionlive.com. 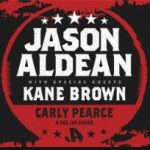 The reigning ACM “Entertainer of the Year” Jason Aldean will put on a show for Grand Rapids as a part of his “Ride All Night” tour, which is showcasing his record-breaking eighth studio album, “Rearview Town.”

Opening up for the country superstar will be newbies Kane Brown and Carly Pearce. Ticket prices vary, and can be found here. (Also Grand Rapids’ DJ Jay Vee is firing up an Aldean pre-party at H.O.M.E. inside The B.O.B. at 5 p.m.) 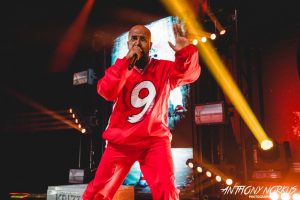 American rapper and founder of the record label Strange Music, Kansas City native Tech N9ne is set to visit Grand Rapids again, this time on his “It Goes Up” tour. Joining him will be label mate Krizz Kaliko, along with other rappers Dax, Mayday, and Ubi of Ces Cru.

Doors will open at 7 p.m. for the all-ages show, and tickets can be found online here. 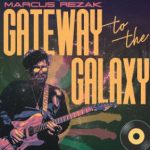 MARCUS REZAK’S ‘GATEWAY TO THE GALAXY’
SHRED IS DEAD
When: 9 p.m. Friday
Tickets: $8 advance, $10 day of show
Where: The Livery, Benton Harbor

The lead guitarist and a founding member of Digital Tape Machine, Marcus Rezak has collaborated over the years with the likes of David Bowie as well as members of Umphrey’s McGee, Primus, Frank Zappa’s Band and Ratdog. After appearing on studio credits of others’ LPs for years, he recently dropped his debut album, “Gateway to the Galaxy.”

Featuring special guest Jeff Franca (Thievery Corporation) on drums, Rezak is in the midst of a fast and furious run through the Midwest and East Coast, and will swing through Benton Harbor’s The Livery to perform his recent work. Rezak will also lead a “Shred is Dead” set featuring all music by the Grateful Dead to kickstart the night. Visit liverybrew.com for more information and tickets. 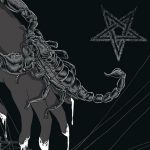 Parisian James Kent, the man behind Perturbator from Nocturne City will bring his heavy ‘80s synthwave music to The Pyramid Scheme with special guests Gost and Van Kaiser. Kent previously was a guitarist in black metal bands and there’s real intensity to his synth-driven music.

This show is all ages, and tickets and more information can be found at pyramidschemebar.com. 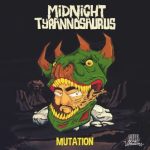 Dubstep artist Midnight Tyrannosaurus will headline Friday night at The Intersection as a part of his “Mutation Tour.” Joining him will be fellow dubstep artists from around the country, including Kai Wachi, Yakz and Cromatik.

Doors open at 7 p.m. for this 17-and-older show and tickets can be found here. 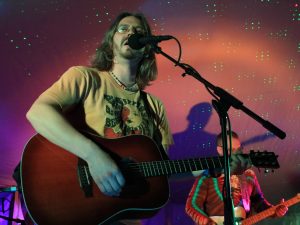 One of the most beloved events of the year at Founders Brewing is back on Saturday. The 12th Annual Tribute to Bob Dylan will include performances of the legendary singer-songwriter’s music by local artists such as folk/country band Nicholas James and The Bandwagon (led by tribute founder Nicholas James Thomasma), Kalamazoo’s Kaitlin Rose and Detroit’s Deadicated.

Admission is $5 for this 21-and-older show. Get details at foundersbrewing.com. 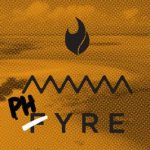 LOCAL SPINS TICKET GIVEAWAY: The first person to email john@localspins.com with “PHYRE” in the message field will win a pair of tickets to Saturday’s show. Check The Big List every week for your chance to win concert tickets.

Promoted as “a parody of ‘the greatest party that never happened’ ” (referring to a certain island festival that sparked controversy when it failed to get off the ground), this 20 Monroe Live spectacle features DJ Choff (who will play artists that had been scheduled to play the fizzled Fyre Festival), Project 90 (playing Blink-182) DJ Dominate and Prim hosting a silent disco, a treasure hunt, a cheese sandwich-eating contest and more. 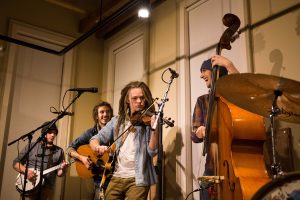 The Way Down Wanderers (Photo/Loren Johnson)

Led by fast-rhyming, free-wheeling front men Collin Krause and Austin Thompson, The Way Down Wanderers are set to bring one of the more electrifying, quick-picking, high-energy jamgrass shows out there to Bell’s Back Room. The youthful troubadours, which front up a five-piece band that features Alpena native Travis Kowalsky on banjo and fiddle, are fresh off the release of “Illusions” their second full-length studio release.

The Peoria, Ill.-based band offers one of the more unique sounds on the scene. In addition to traditional bluegrass instruments banjo, mandolin and bass and fiddle, the Wanderers also feature drums and keys and tie in elements of reggae and jazz with the folk-rock sound. Opening the show will be Third Man Recording country-blues artist Todd Albright. Visit bellsbeer.com for more information and tickets. 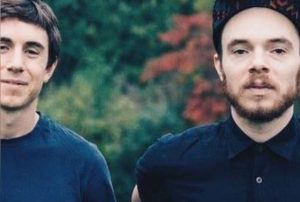 The Chicago-based duo Frances Luke Accord assembles remarkable songs – something NPR’s Mountain Stage describes as “the definition of lean-in music.” The duo – Nicolas Gunty and Brian Powers – is touring behind its brand new EP, “Silver & Gold.”

Also performing in this stellar listening room is acclaimed Ann Arbor singer-songwriter Chris DuPont (who helped out with part of the Frances Luke Accord EP). Get tickets and details online here. (Singer-songwriter Rebecca Loebe plays Seven Steps Up on Friday; details in Under-the-Radar Picks below.)

Flexadecibel playing Tip Top Deluxe Bar & Grill in Grand Rapids, 9 p.m. Monday, free – This is billed as the first week of May’s “Muskegon Takeover” on Mondays at the Tip Top, starting with the funk, rock and soul of Muskegon’s Flexadecibel.

FiddleFire playing Jack H. Miller Center for the Arts ($28) and The Texas Tenors playing Central Wesleyan Church in Holland for Tulip Time, 7 p.m. Wednesday for each concert – Tulip Time hosts shows by the Panning Family, aka FiddleFire, which performs everything from “driving fiddle tunes” to classical music, and The Texas Tenors, whose vocal music spans everything “from Bruno Mars to Puccini.” Get details online here.

Foxfeather brings musical toys to The Sandbox at Kal-Tone in Kalamazoo, 7 p.m. Thursday, $10 — With the atmosphere of a house show and the sound quality of a studio, The Sandbox is one of the best kept secrets in Kalamazoo. Tucked away inside a historic warehouse that is home to Kal-Tone Musical Instrument Company, the venue plays host to Colorado-based Foxfeather. Led by Carly Ricks Smith and Laura Paige Stratton, Foxfeather often features a variety of instrumental artists that back the duo with a one of a kind alt-American vibe. 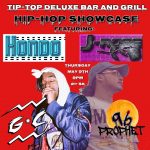 Ray Scott playing Tip Top Deluxe Bar & Grill in Grand Rapids, 9 p.m. Friday, $20 – Country singer Ray Scott is blessed with what’s billed as “a pure country voice through and through,” a “Johnny Cash baritone” with “the wit of Jerry Reed.” He’s touring behind his self-titled fourth album. Also on the bill is West Michigan’s own Nathan Walton. (This is the perfect post-show for the Jason Aldean concert above.) Get details and tickets online here. 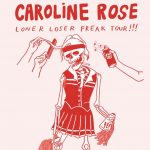 Drink Their Blood unearths new death metal release at Bell’s Eccentric Café in Kalamazoo, 9 p.m. Friday, $10 — Kalamazoo’s up-and-coming metal thrashers Drink Their Blood will likely send the Back Room into a frenzy with dark lyrics, complex harmonies, brutal beats and seething guitar licks. The experimental rockers are celebrating the release of their debut album. Lansing’s Calvacade and Kalamazoo’s Pan round out the bill. 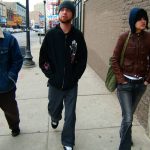 ON THE HORIZON AND THE REALLY BIG LIST OF CONCERTS 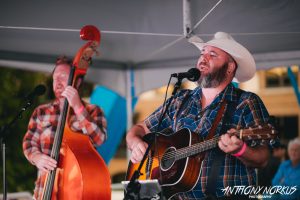 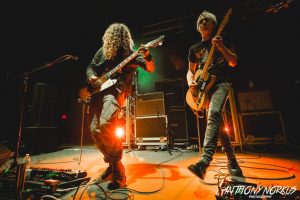