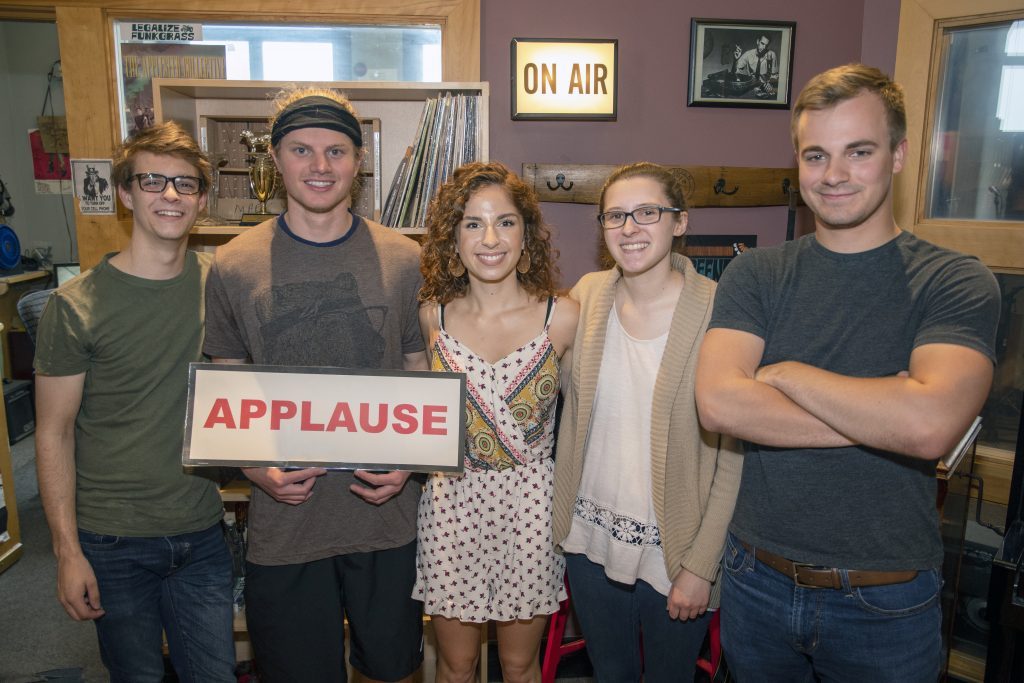 Putting “Their Own Spin” on Soul-Pop: August (Photo/David Specht)

Aquinas College in Grand Rapids boasts a long, star-studded roster of musically talented alumni who’ve made a splash in various genres over the years.

Add keyboardist Olivia Vargas and members of the up-and-coming soul-pop band August to that list: Four of them are recent Aquinas graduates and drummer Bailey Budnik is still a student there. 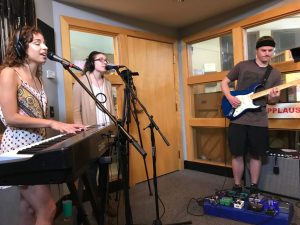 In Studio X: August on the air during Local Spins on WYCE. (Photo/Local Spins)

Indeed, Vargas, Budnik and guitarist Michael Pierce have also made noise, so to speak, in the edgy rock/blue outfit Conrad Shock + The Noise, another Aquinas product which earned honors in 2017 as Local Spins’ Emerging Artist of the Year.

But truth be told, Vargas’ first love is the soul, pop and R&B that August showcases impressively on the band’s debut album, “Bloom,” released earlier this summer.

“This is the kind of music I’ve always been interested in … so I’ve always written songs in that style,” Vargas said, adding that while the music of August feels “more authentic” to her, she enjoys churning out rock ’n’ roll, too.

“Both of them are a blast to play and it’s good have both creative outlets.”

This week for the Local Spins on WYCE radio show, August showed off its soulful side by performing the songs “Come Winter” and “One Time” on the air. Watch the video for “One Time” here, and listen to the full radio show podcast below.

With training courtesy of the Aquinas Music Department, the band – Vargas on lead vocals and keyboards, Pierce on guitar, Budnik on drums, William Wright on bass and Theresa Redmond on harmony vocals – has learned “how to listen for other musicians, a lot about musicality and a lot about how to formulate songs to make them the best that we can make them,” said Vargas.

(Vargas, who earned her Aquinas degree in liturgical music, now works with area churches and teaches music lessons, in addition to performing with August and Shock.) 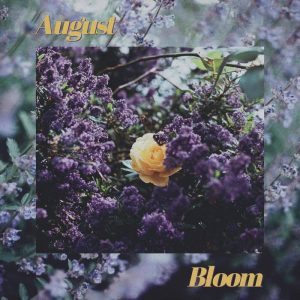 Recorded at River City Studios with engineer Koty Schoenberg (bassist for Conrad Shock + The Noise), the songs on “Bloom” were written by Vargas, but enhanced by the rest of the band.

“These guys have totally put their own spin on it,” Vargas said, noting the band already is talking about recording its second studio album. “They really added so much to it.”

To promote the new album, August has a busy summer of performances ahead, including playing Monday (July 8) at Collins Park in East Grand Rapids, Monday nights in August with special guests at the Tip Top Deluxe Bar & Grill (as part of a monthly residency), The Livery in Benton Harbor on Aug. 10, Workshop Brewing in Traverse City on Aug. 17 and Willowsong Music Festival in Sidney on Aug. 24.

Because before taking the next step as a band, Vargas says, the musicians in August first want “to make a splash here in West Michigan” … though many at Aquinas might say they already have.

This week’s edition of Local Spins on WYCE – which spotlights local and regional music at 11 a.m. Friday on WYCE (88.1 FM) – also boasted the on-air debut of tracks by Pretoria, The Paddlebots, Natural Body, Pato y Pato and Winnow, as well as music from Folias Duo, The Go Rounds, Jesse Ray & The Carolina Catfish and Roosevelt Diggs. Listen to the full podcast here.