The West Michigan band celebrated its new album Friday with a stop at Local Spins on WYCE, which also debuted tracks by Laurel Premo, Last Gasp Collective, Jack & The Bear and more. 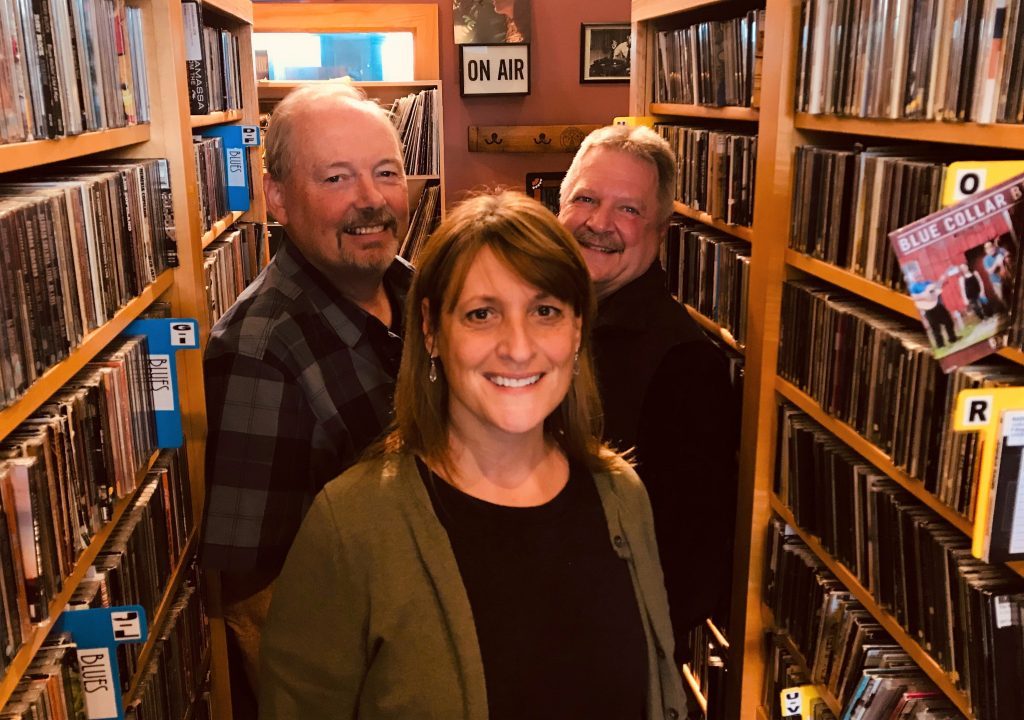 Friends Who ‘Want to Do Really Good Music’: Amy Young, center, with Dave DeVos and Paul Ouwinga of Daves at 7. (Photo/Local Spins)

Inspired first by Amy Grant, and later by female songwriters such as Sheryl Crow and The Indigo Girls, Amy Young is always penning new songs and presenting fresh material to her band, Daves at 7.

“The whole idea was never to just be a singer, but to be a singer-songwriter,” said Young, who’s been performing her original music for 18 years.

Over the past several years with Daves at 7 – bassist Dave DeVos, guitarist Paul Ouwinga, drummer Fritz VonValtier and singer Leah Postema – Young has found the ideal vehicle for her diverse music that spans folk, rock, jazz, country and blues. 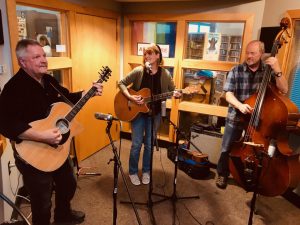 In Studio X: Daves at 7 performing during Local Spins on WYCE. (Photo/Local Spins)

“I tend to hear something and get kind of challenged by it,” said Young, of Delton, south of Grand Rapids, who also sings with various jazz musicians.

And those songs can really come alive with the full band during rehearsals (at Dave’s at 7 p.m.).

Ten of those songs — including some with a social justice theme — have found their way onto the debut album from Daves at 7, “Blue Collar Baby,” which was released earlier this year and celebrated Friday night in an album-release show at Creston Brewery in Grand Rapids.

Earlier in the day, Young, DeVos and Ouwinga performed a couple of those tracks in-studio for the Local Spins on WYCE radio show. Check out the video here of their performance of “Blue Collar Baby” – a song written about Young’s parents – with the full interview and radio show podcast below.

Young, a social worker, said Daves at 7 benefits from the extensive experience and diverse musical background of band members “who are really good friends and want do really good music.” 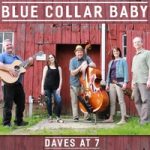 “We have quite a range in regard to ages of band members which adds to the diversity of personal experience that is brought to the group,” she suggested.

“Our songs represent various music styles, so you may hear a bluegrass tune and a swing tune on the same record, and all band members bring their ideas and expertise to the finalized version of a new tune.”

The band already has started performing several new Young compositions, and aims to eventually “hunker down and get into the studio” to record a follow-up to “Blue Collar Baby.” Get more information about the band online at amyyoung.net.