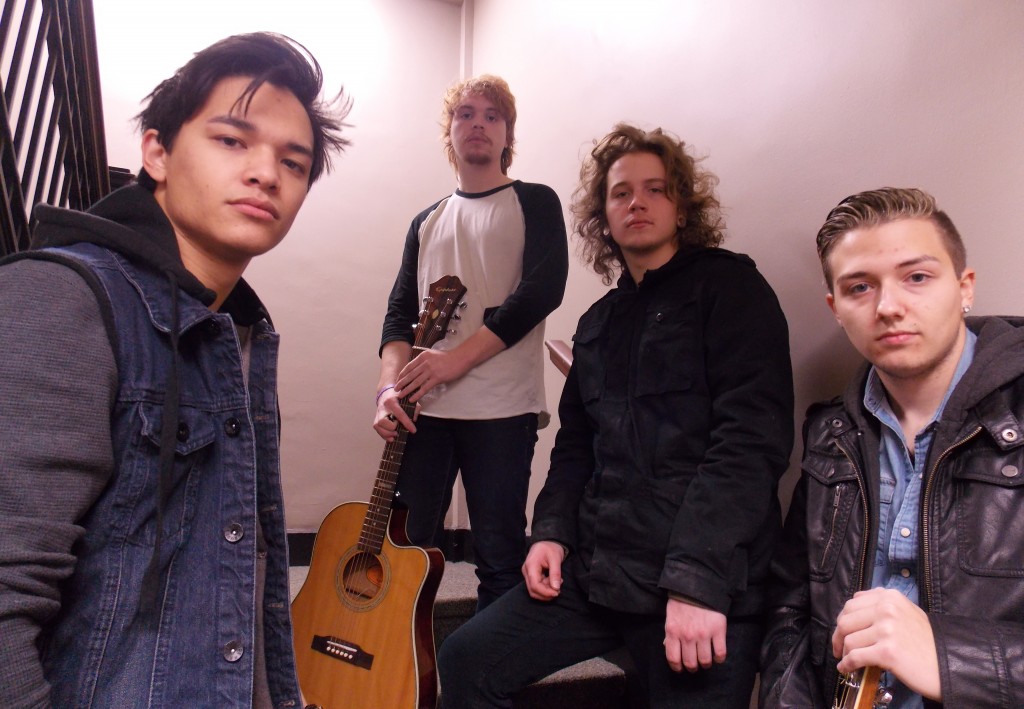 Greyson Bos jokes that the secret to American WiFi’s crisp harmonies stems from the pop-rock group’s odd habit of pitching in vocally whenever a band member blurts something out in rhyme. 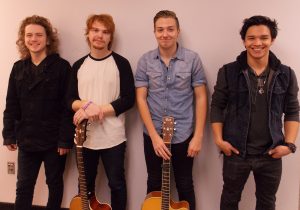 “Honestly, our vocal chemistry just comes from the fact that we’re four very, very weird individuals who walk down the street speaking in rhythm saying obscene, weird things that just pop off the top of our head,” says the singer and guitarist.

“Instead of the other three looking at the person and being like, ‘What are you doing?,’ we all join in and harmonize with it. People look at us and they might think we’re crazy or that we just broke out of a mental asylum.”

As eccentric as this musical approach might seem, there’s no denying that it’s spawned insanely catchy, pop-propelled rock that’s earned the up-and-coming Grand Rapids band an enthusiastic, fast-growing audience as it prepares to release its second EP, “Hotspot 2.0,” in less than a year during a Friday show at The Pyramid Scheme.

Indeed, they topped plenty of more experienced acts last fall when they won the pop/electronic category in St. Cecilia Music Center’s 2014 ArtPrize song contest with the tune, “Spin My Record.”

“We’re just building off of the first EP,” says Bos, the band’s chief lyricist. “The second was more mature and grown-up material. It’s a soul-searching record really. We’re all 19, 20 years old, so that’s a real critical point in anyone’s life.” 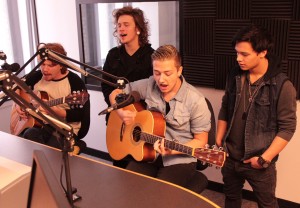 The band – Bos, Starkie, bassist/keyboard player Cohen Padilla and drummer Levi Lilly – has roots in the former band Spitting Image and in Forest Hills Central High School from which three of the members graduated; Bos is an alumnus of Grand Rapids Christian High School.

Their music integrates a vast catalog of influences, from The Beatles, Led Zeppelin and The Counting Crows to The Killers and U.K.’s The 1975.

But really, says Starkie, it’s all about chemistry – the melding of guitar and bass muscle with Bos’ poetry and Lilly’s rhythmic flair. “I think it’s unique because we’re all such individuals, but yet we come together and write this amazing music,” he says.

On Wednesday, the band assembled in the studio of News Talk 1340 AM (WJRW) for Local Spins Live to demonstrate that musical chemistry in acoustic fashion, performing a rendition of the song “Who We Are” from the new EP. Listen to the show podcast here and watch an exclusive video of their in-studio performance below.

The song could be the band’s anthem, standing as a tribute to their youth and attitude with the refrain: “We might be young and we might be reckless, we might live life like we think it’s endless, we are who we are.”

Although they clearly also are a band on the upswing – with plans to tour Michigan and beyond in 2015 – Bos insists they are just “hard-working young adults trying to make a name for themselves in the local market” who are “pretty much open to anything. We could be playing banjo or didgeridoo and we’d be OK.”

Instead, they play electric guitars, with their live shows often attracting a wide mix of fans, from teens to those reared on classic rock.

‘MOVING IN A MORE POPPY DIRECTION’

“We definitely draw a lot of influence from rock music. That’s really our roots. As we get older, we keep moving in a more poppy direction,” says Bos. “I think a lot of the pop stuff appeals to kids more our age. But it’s not like we’re hiding our roots. We know where we come from.”

The new five-song EP, engineered and produced by Alex Hamel, was recorded at Hamel’s house and their own home studio. “It’s very DIY and I think we like that aspect of it because we had a lot of control over the final product,” says Bos, who calls Hamel the band’s “secret weapon.” 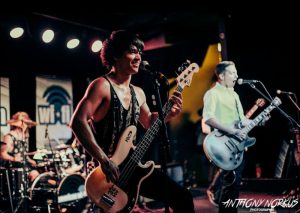 The band plans to unveil a couple of new songs at Friday’s EP-release show, in addition to performing all of the songs from “Hotspot 2.0” and most of the tunes from the first “Hotspot” EP. Two other popular West Michigan pop-punk bands also are on the bill: Midwest Skies and Maybe Next Time.

The show begins at 7:30 p.m. Friday at The Pyramid Scheme, with doors opening at 7 p.m. Tickets are $10 in advance (available online here) and $12 the day of the show.

(The first person to email john@localspins.com
with “AMERICAN WIFI” in the subject field wins a pair of tickets to Friday night’s show.)

As for the band’s future now that their second EP is being unleashed, expect more touring and work on new material.

“There was a big maturing process in between the first and second EP,” says Parker. “We’re trying to figure out maybe what’s the next step, what would be figuratively the third EP. How are we going to make ourselves better?”

Adds Bos: “It’s really fun creating music with the four of us. These guys are my best friends, my brothers. Not to sound cliché, but there’s nobody else I’d want to be making music with at this point in my life.” 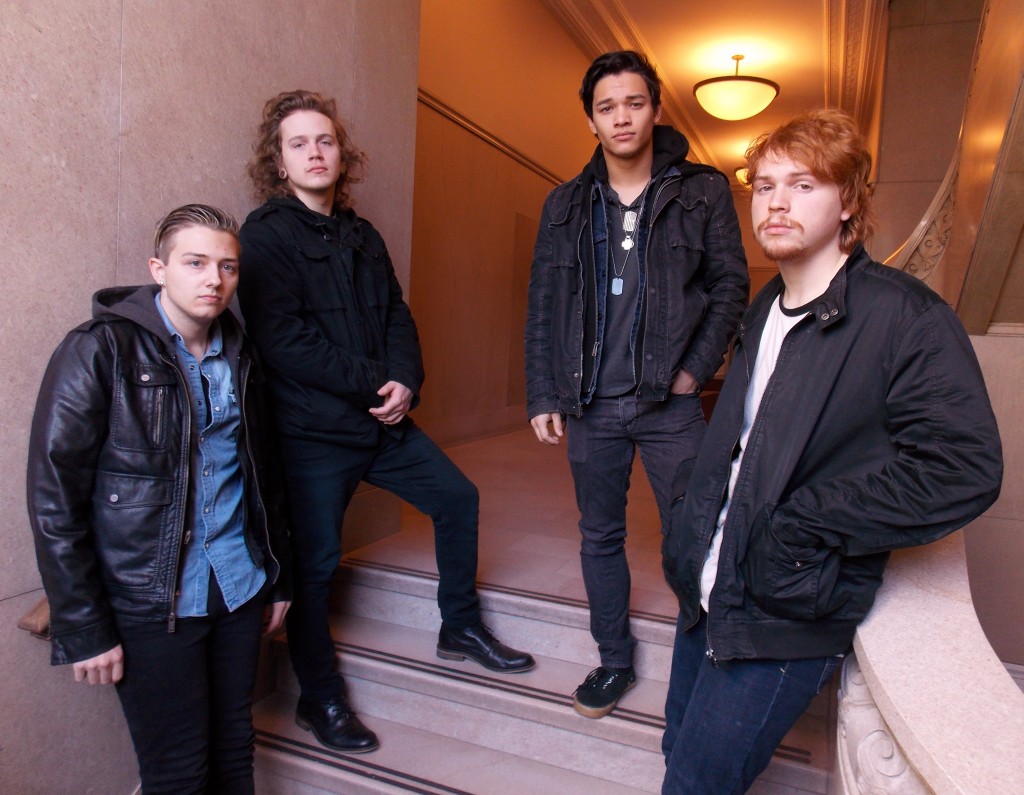 Who They Are: American WiFi (Photo/Local Spins)