Detroit-bred Alice Cooper releases a Michigan-focused album, “Detroit Stories,” in February. But 48 years ago, it was a “Holland Story” that shocked the region. Writer Brian J. Bowe recounts that historic night. 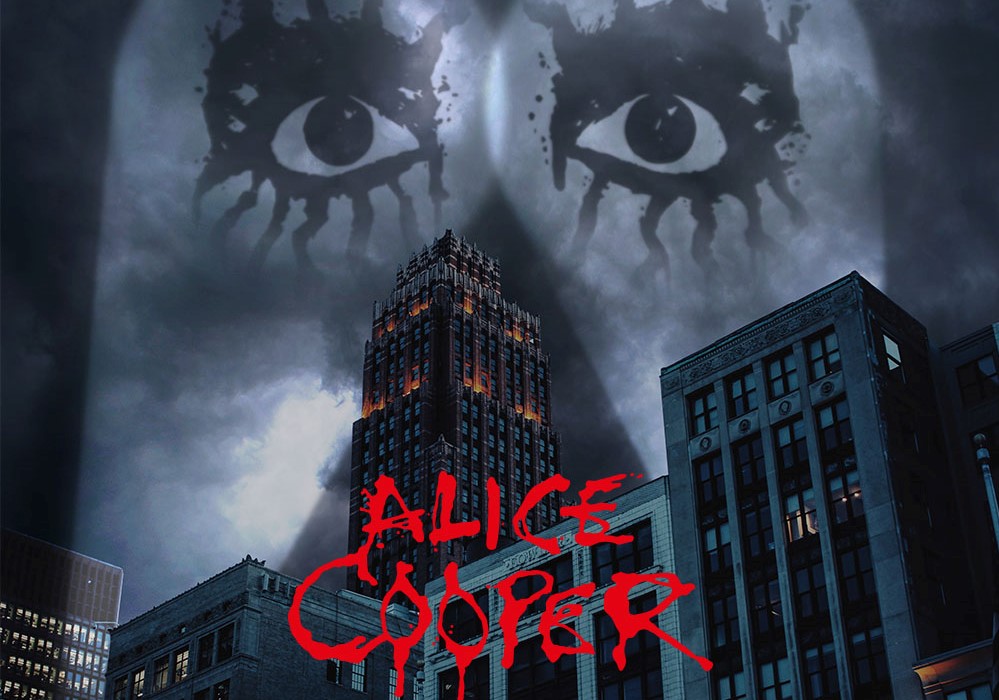 SCROLL DOWN FOR VIDEO AND MORE

But 38 years ago, the up-and-coming Alice Cooper created shock waves in Holland — not Detroit — when his spectacle of horror, body parts, a hanging and more sent ripples through the small staid community.

Several years ago, writer Brian Bowe researched and revisited that fateful night for Local Spins. And with Alice set to unfurl his 21st solo album, we thought it was the perfect time to retell that “Holland Story.”

Once in a while, a concert gives off such strange electric energy that its reverberations can be felt across the ages.

Alice Cooper’s June 21, 1972 show at the Holland Civic Center is definitely one of those. I was a mere baby when it happened. But as a youth in Holland, I heard whispered tales of how that night shook the town’s churchy sensibilities to its core, leaving legions of terrified squares in its wake. 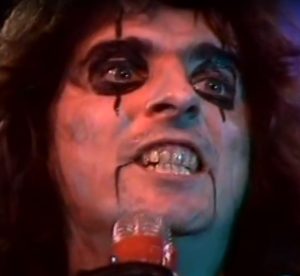 In that third week of June 1972 — just days after the Watergate break-in — Alice Cooper was still the name of the band as well as the singer. The original group, comprised of Cooper (né Vincent Furnier), guitarists Glen Buxton and Michael Bruce, bassist Dennis Dunaway and drummer Neal Smith, was in the middle of an impossibly brilliant run of records. The previous year’s “Love it to Death” and “Killer” albums were still fresh. The breakthrough LP “School’s Out” hit record stores that month.

“Impossibly brilliant” is how any right-thinking person considers those albums now. But it was a different story in 1972. This was early enough in the band’s career that the jury was out on Alice Cooper’s brand of Vaudevillian horror-movie schtick, and the group’s outré gender-bending theatrics often obscured the music.

Rock lore tells us that Frank Zappa discovered the Alice Cooper group and was impressed by their power to disgust, confuse, and clear an audience in record time. An online collection of articles from around the time they played in Holland shows that power was still intact, with headlines like “Alice Cooper Rapes Bowl Audience” or “Alice, the all-American boy, feeds them perversion, violence” or “Alice Cooper Exploits Depravity.”

Yet the group’s music was also earning a decent amount of critical acclaim. As someone named King Leer put it in Circus magazine that year: “Alice has always been more famous for his gaudy theatricality than, quite unjustly, for his music; but face it, any rock and roll act that offers a full scale hanging, complete with dense clouds of manufactured demon-fumes, more death-cult vibes than the Manson Family, and a super-heavy simulation of an artillery bombardment is not susceptible to mere musical analysis.”

Holland circa 1972 was probably not the most receptive place for those kinds of heavy vibes. In those days, it was even more of a conservative, church-going place than it is now. But given Alice Cooper’s growing reputation, the show was certain to draw from a certain twisted segment of the rock cognoscenti who grokked his act. 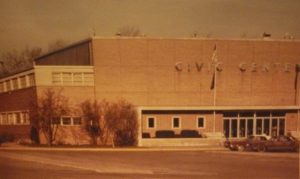 “The acid was just coming on as I entered the building,” said longtime West Michigander Michael Matchinsky, remembering the show. “I had panhandled all day to get enough money for a ticket and a hit of acid.”

The ticket Matchinsky bought from a scalper turned out to be counterfeit, but he was able to make it into the venue regardless.

“The concert was great,” Matchinsky said. “Alice Cooper is quite the showman.”

Local musician Ned Rouse agreed. “I had never seen anything like it. I was very impressed,” he said.

The highlights of the show remain stable in the retelling. Alice pranced about with his boa constrictor Yvonne. He was hanged from a gallows in the climax to

He dementedly ripped apart a baby doll during “Dead Babies”. 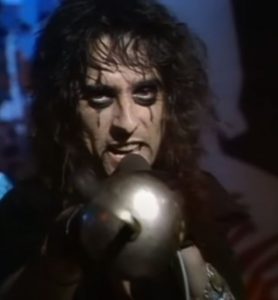 “He chopped up the doll during ‘Dead Babies’ and kicked her head out into the audience like a football,” Rouse said. “Then he threw her leg right into my lap and everyone sitting around me, jumped me for it.”

Rouse emerged from the scrum victorious and captured the leg — which he has in a display case to this day.

But it was a final bit of theatricality that makes this a particularly special show in Alice Cooper history. As Matchinsky described: “The finale was the song with a cannon, which he climbed onto and erotically stroked until it spewed some goo.”

That anecdote is universally recounted by those in attendance in more or less the same terms.

But the cannon was part of a new stage show Alice Cooper was trying out. As The Grand Rapids Press wrote in a preview of the show, the band “had worked out action to go with the music and will give the program its first public tryout before traveling to Three Rivers Stadium in Pittsburgh, where the show will be performed before 40,000 persons.” That show, originally scheduled for June 23, was postponed because of flooding. It eventually happened on July 11, with Humble Pie and Uriah Heep opening.

The cannon was originally designed to launch a dummy Alice into the air. But the prop had failed spectacularly in its debut in Flint the night before. Ever the showman, apparently Alice decided to repurpose his new artillery to, uh, make love rather than war. But even that gag proved visually disappointing and was quickly dropped from the act. The cannon was later reputedly sold to the Rolling Stones, who also used it for their own indecent purposes.

“It led to my mother being convinced after the divorce that on the weekend visits he’d be hanging around with the Hell’s Angels and taking me and my sister to meet Satan himself, I guess,” Payne-Naik said. “I’ve heard from her my entire life about how traumatized she was from the experience, and completely disgusted that my dad even considered she might enjoy such a thing.” 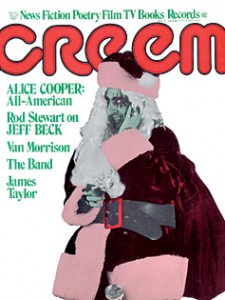 Cover Boy: Alice Cooper as Santa on the cover of Creem magazine in 1972.

As a result, Payne-Naik said she was forbidden from going to concerts as a teenager. Just asking would result in “an instant meltdown from my mother at the very idea that I’d even ask or want to go to such a thing.”

The consensus seemed to be that Holland wasn’t ready for such Satanic shenanigans, even as a rock ‘n’ roll stage stunt.

“I had a blast, but as I was leaving I heard someone say something to the effect of, ‘Bet that will be the last concert ever held here,’” said audience member Jim Duty.

Even though the venue had seen other rock shows — including the explosive MC5 — a major part of the urban legend that have grown up around Cooper’s Civic Center show is that the facility was left so trashed that rock shows were subsequently verboten.

There may be a kernel of truth to that. The archives of the Holland Sentinel don’t address any of this directly — there doesn’t appear to have been any coverage of the show in the daily. However, just about a week later the paper ran a short article that mentioned that the City Council approved a new policy requiring anyone renting the Civic Center to take out a $2,000 security bond against damages.

Within a couple of years, the masses would get it.

Alice became the singer, not the band. He became more famous. He hosted “The Muppet Show,” got sober and played a lot of golf. His shows got bigger, but they never got weirder.

And it’s hard to imagine many of them causing this much of a stir.