The Local Spins series focusing on records that most influenced Michigan musicians continues with Desmond Jones drummer/multi-instrumentalist John Nowak. Get the back story, listen to the music. 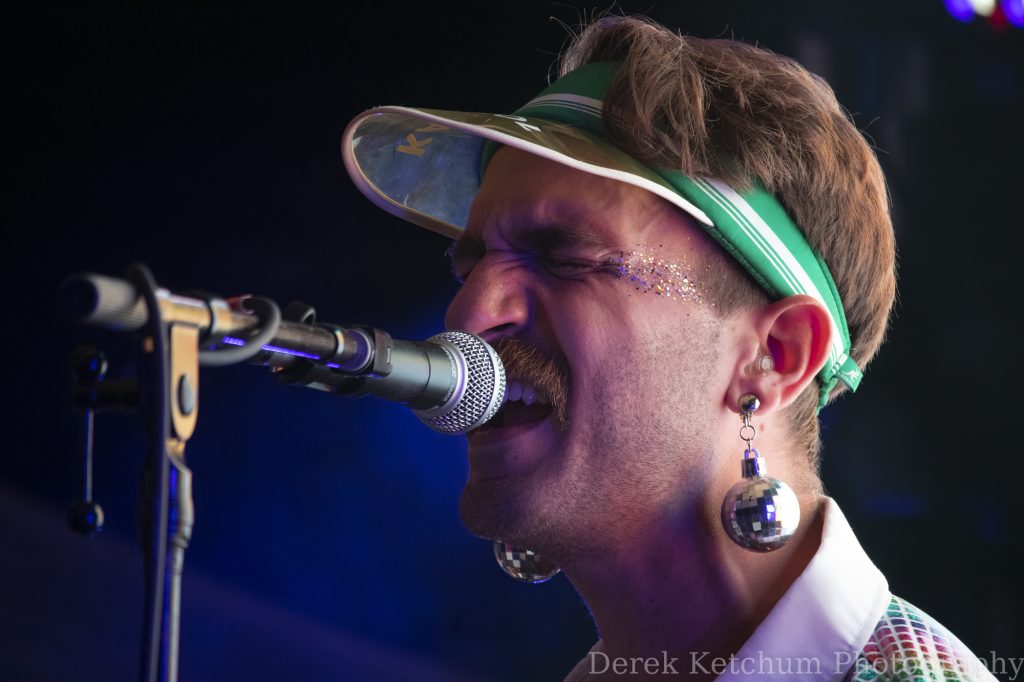 EDITOR’S NOTE: All musicians can trace their inspiration to key recordings that captivated them and influenced their own music. Writer Ross Boissoneau today showcases the albums that changed the world for Grand Rapids’ John Nowak of Desmond Jones, a jam band that plays Elevation inside The Intersection at 9 p.m. Wednesday (Nov. 24). Scroll down for a Spotify playlist of Nowak’s picks, plus a couple of recent Desmond Jones tracks.

Multi-instrumentalist John Nowak is a familiar face on the West Michigan music scene.

As the drummer for Grand Rapids’ Desmond Jones — which just released a new studio album — his influences include rock and jazz artists like Snarky Puppy, Weather Report, Traffic and Frank Zappa. As a solo artist, the songs he writes and performs on piano or guitar lean more in the direction of singer-songwriters such as Jackson Browne, James Taylor and Jim Croce.

At 9 p.m. Wednesday, Desmond Jones will host what has become an annual tradition: A Thanksgiving Eve celebration at Elevation inside The Intersection in Grand Rapids. The show starts at 9 p.m. with Zack Volkers & Friends, followed by Muskegon’s Flexadecibel at 10:15 p.m. and finally, Desmond Jones at 11:35 p.m. Get advance tickets, $10, and details online at sectionlive.com. 1. The Beatles, “1” (2000) – First is The Beatles’ “1,” 27 No. 1 hits. That CD was in heavy rotation in my mom’s mini-van growing up. Now I prefer to listen to the albums as recorded, like “Rubber Soul” or “Revolver.” I grew up with a Beatles foundation. They’re still my favorite band. My best friend and bandmate Isaac Berkowitz is a huge fan too. “Lady Madonna” has an awesome beat. Desmond Jones (the band name) comes from “Ob-La-Di, Ob-La-Da” (the lyric tell the story of Desmond and Molly Jones). I read Ringo’s biography. I got so much inspiration from the group. They were the first records that shaped my future life.
Listen: “Lady Madonna” 2. Avett Brothers, “Emotionalism” (2007) – I thought of this chronologically. The first one opened up so many choices. My favorite music is from the ’60s and ’70s; I have a huge vinyl collection. A huge turning point was hearing The Avett Brothers on a mixtape. The Avett Brothers is my favorite band now. “Emotionalism” is an awesome collection of songs, an awesome folk-rock vibe. The album spans so many emotions, so many vibes. They had a songwriting background with acoustic instruments and got over into rock. I few tracks I dig deep, go back to this album. The lyrics, compositions, the intent put behind the songs. As a songwriter, I’m inspired by it more than as a drummer. It’s lyrical and as a storyteller … what do you want to get across. I’m the drummer in Desmond Jones, and Isaac writes a lot of the tunes (for the band). I also play guitar, piano, banjo; (that’s where) I write my own songs.
Listen: “Die Die Die” 3. Gram Parsons, “Grievous Angel” (1974) – About two years ago on Spotify I heard (this). When I first listened to it, I’d never heard of Gram Parsons. He’s such an interesting figure in country rock. That was the first album for Emmylou Harris. That band mesmerized me. It sent me into old-school country. I’ve been listening to a lot of country.
Rolling Stones Wild Horses
Listen: “Return of the Grievous Angel” Currently Loving: Neil Francis, “In Plain Sight” (2021) – He’s from Chicago. A friend from high school, Colin O’Brien, plays drums on it. He’s been working with Neil. He’s a hometown friend from East Grand Rapids and a great human being. I’ve got to give him a shout-out. Neil plays keyboards primarily. It’s got a ’70s New Orleans vibe, (like) Allen Toussaint, Little Feat. It’s rock ‘n’ roll, a great live show, an upbeat record of New Orleans swamp funk.
Listen: “Can’t Stop the Rain”

ALBUMS THAT CHANGED THE WORLD: John Nowak’s Playlist on Spotify