This late February roundup of new releases not only covers the mainstream but pushes the experimental envelope with releases by bands and artists from mid-Michigan to Muskegon. 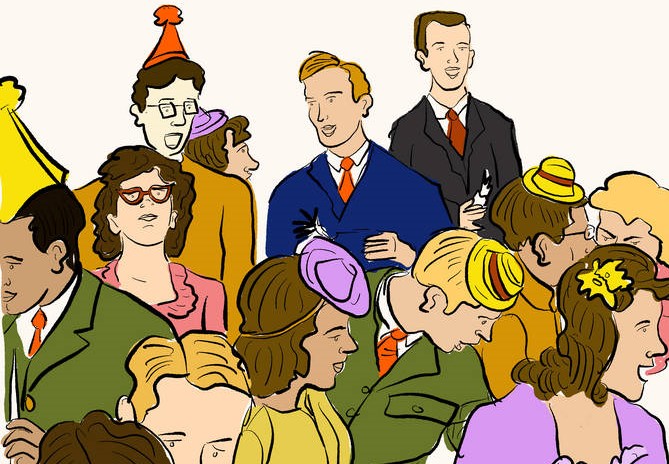 This late February roundup is more than eclectic. Some of these recordings push the envelope experimentally; others are ultimately accessible.

Check out the Local Spins reviews and listen to some of this new music. 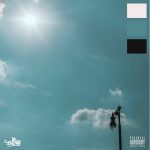 
What Stands Out: One thing that immediately stands out about “Skeye Blue” is its production value. At a time when so much underground rap and hip hop music can feel stale or repetitive, The SEVENth manages to keep the beats fresh throughout every song, mixing in layers upon layers of sound and bringing in hooks at just the right time. Tracks like “Nice” feel perfectly suited for a college party, while songs like “Dey Dreamin’” and “Knew Eye Would” show off a softer side that’s both refreshing and familiar.
Digging Deeper: This EP provides a window into the creative mind of self-proclaimed audio wiz The SEVENth of Grand Rapids. Over approximately 20 minutes, “Skeye Blue” weaves its way through different genres and moods with ease, while still cultivating a sound all its own.
Perfect For: Your next house party or sitting by the pool on a hot summer day. – Devin Dely
Website: https://www.facebook.com/theseventh.ago/
Listen: “Nice” 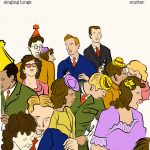 What Stands Out: “Mutter” is classic ’90s punk rock all the way through. The five-song EP is 15 minutes of angst-driven drums, yowling vocals and distorted guitar from the GR/Lansing-based Singing Lungs. The EP released last November on 100 blue cassettes is a fitting reference to the punk-rock era that the band is tapping into with this energetic release.
Digging Deeper: Punk is usually about kids rebelling against the social structures of the day. Singing Lungs, however, features three dad-aged men who keep that energy alive. The best word to describe this band is nostalgia: the songs, the medium, and even the recording style seem to reference childhood in the ’90s.
Perfect For: Fans of classic punk with no frills. If you can find a car that still has a tape deck, get your friends and drive around some abandoned part of town and crank up the volume. You might find yourself transported back to 1996 by the end of the ride. – Jamie Brackman
Website: https://www.facebook.com/singinglungs/
Listen: “The Kids I Used to Know” 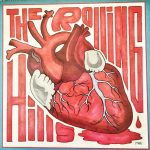 What Stands Out: This Mid-Michigan based folk duo is an emotive pairing of a growling folk singer-songwriter and a delicate, refined violinist. Singer-songwriter Barrett Rush Miller and violist Alisa Dyer pull together a dynamic sound that takes the listener to a raw and transparent emotional place. Miller’s guitar playing is sometimes simple strumming, and other times intricate fingerpicking. His voice is abrasive and manic at times, at other times it is a soothing croon. Dyer’s violin turns and soars with the motion of each song and serves as a great contrast and compliment to the Miller’s lyrics and singing.
Digging Deeper: The contrast between rough and smooth textures is the most prominent theme in this project. There are a lot of melancholic and heart-wrenching moments, but some tracks like “Baseline” take a more upbeat tone that is refreshing for the duo as well. It would be good to hear more light-hearted numbers from them in the future. Dyer also contributes some tasteful accompanying vocals at key moments in the album and her voice could potentially be featured more in future projects.
Perfect For: A long road trip out in the countryside, especially hills and forests in the fall. Fans of the Decemberists, Modest Mouse, Red-Tail Ring or classic folk. – Jamie Brackman
Website: https://www.facebook.com/therollinghills.band/
Listen: “Baseline” 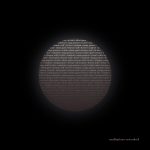 What Stands Out: Remixes of electronic tracks offer endless possibilities in terms of the direction and sonic milieu that the remixer has at his or her disposal. And in the case of Pink Sky’s “Meditations Reworked” it really is a “world is your oyster” situation with these addictive and varied remixes. The experimental electronic music duo of Ryan and Angelica Hay recently won the Jammie Award for best electronic music album of 2019, so asking other electronic artists to reinvent what’s already a masterwork might seem a bit sacrilegious. But what results is pure magic at the hands of Mega Powers, hi-ker, No Talent, M. Teal, Bronze Wolf and Silent Spirit. From the trancey-dance reinterpretation of “Dark Sky” by Mega Powers to the wholly hypnotic treatment of “Restlessness and Worry” by M. Teal, this six-song album will invariably get played again and again by fans who appreciate the subtle comeliness of electronic wizardry.
Digging Deeper: Mega Powers’ masterful version of “Dark Sky” is the perfect kickoff to this collection, revamping the original in a vastly different and delicious direction. And Grand Haven artist Silent Spirit’s haunting, more accessible remix of “A Safe Warm Space at the End of the World” gives “Meditations Reworked” the ideal ending to a novel project.
Perfect For: Floating into another stratosphere with a soothing-yet-enchanting soundtrack. – John Sinkevics
Website: https://pinkskymusic.com/
Upcoming Shows: 9 p.m. Friday (Feb. 28) at The Pyramid Scheme in Grand Rapids (album-release show with Jordan Hamilton and FRED); March 16 at Stay Gold nightclub in Austin, Texas (Michigan House showcase for SXSW)
Listen: “When We Exist (No Talent Remix) 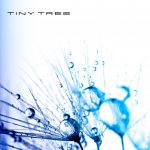 What Stands Out: Set for official release on April 1, Tiny Tree’s “Embolism” offers snippets of the many different elements that the band aims incorporate into its music, from post-hardcore screams to post-rock ambience. “The Other One” opens with a long instrumental that gradually builds the tension before it all comes to a head midway through the track, with a subtle nod to Tool. “Drowning” finishes the album in almost the complete opposite way, unleashing a flurry of riffs that refuse to be ignored. The title track is a perfect example of how this album expertly balances raw heaviness with patches of memorable melody, and it’s at these moments this Muskegon-based band shines the brightest.
Digging Deeper: Clocking in at just over 30 minutes in length, it’s a well-thought-out record and a wonderful example of just how palatable music can be in a genre that’s so often bogged down by excess.
Perfect For: Fans of post-rock, post-hardcore and well-executed heaviness. – Devin Dely
Website: https://www.tinytreeband.com/
Upcoming Show: 9 p.m. Saturday, April 4 at Tip Top Deluxe Bar & Grill in Grand Rapids
Listen: “Drowning”