As we move into the final week of July, Local Spins spotlights new releases from some familiar Michigan artists representing a wide swath of styles. Read and listen. 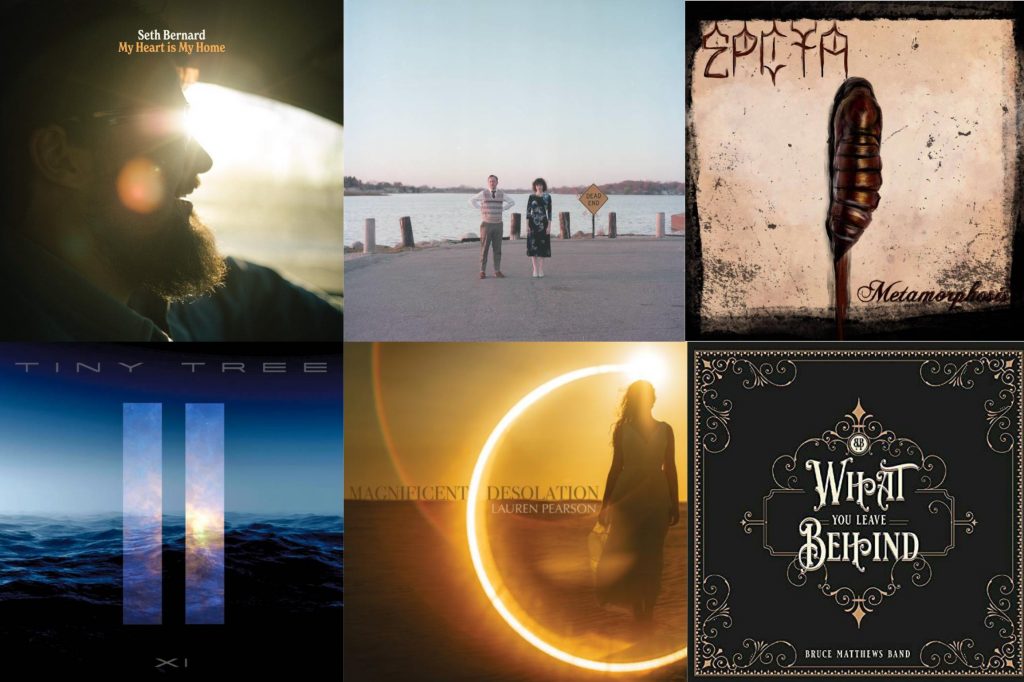 The flood of live music options this summer mirrors the flood of new releases from Michigan artists.

That includes the latest from a prolific, northern Michigan musician and Earthwork Music Collective founder to a one-time Kalamazoo-based artist who suffered a major loss and created an epic collection as a result. And there’s much more, including the sophomore album from a Spanish-language rock powerhouse.

If you missed earlier Local Spins reviews of local and regional artists, check them out here. 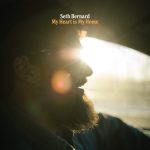 Seth Bernard
“My Heart Is My Home”

What Stands Out: Seth Bernard’s summer release feels like the dawning of a new day after a very, very long night. In Bernard’s own words, the album is about “personal healing, social change and cultural transformation,” which feels more pertinent now than any other time in recent memory. “My Heart Is My Home” was made possible through a number of remote collaborations with other Michigan-based artists, including Theo Katzman (Vulfpeck), Jordan Hamilton (Last Gasp Collective) and Dave Bruzza (Greensky Bluegrass). It’s these collaborations with friends that help push Bernard’s conglomeration of folk, country and classic rock to a level not heard on previous releases, particularly on tracks such as “Rangin’” and “All This Time,” which feature prominent vocal contributions from Jordan Hamilton and Amber Hasan, respectively.
Digging Deeper: Bernard has a knack for writing songs that feel like home. “Time Has Come” reaches into the past to recall some of the 20th century’s greatest songwriters, while urging listeners to find unity in the face of change. But if Bernard pours his heart into his lyrics, then he reserves his soul for the music. There’s quite a bit of impressive guitar work that happens on this album; songs like “Shadowside” will likely catch the ear of curious musicians on the hunt for something new to learn, and “Keep Rockin’” stacks layers of soulful guitar riffs to create a warm, full sound.
Perfect for: Fans of Tom Petty, John Mellencamp, Jason Isbell. – Devin Dely
Website: https://samuelsethbernard.com/
Upcoming Shows: July 31 with Jordan Hamilton at Camp Blodgett in West Olive (Camp Blodgett’s 100th birthday celebration); Aug. 13 at Hoxeyville Music Festival in Wellston; Aug. 15 at Farm Fest in Johannesburg; Aug. 20 at Livelylands Music Festival outside Empire.
Listen: “Shadowside” 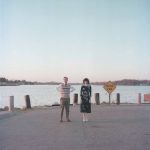 What Stands Out: This July release from Ferndale-based Frontier Ruckus singer Matthew Milia is a smorgasbord of soulful, grassr-roots folk fun. “Keego Harbor” truly embodies its “Pure Michigan” aesthetic through its driving progressions and instrumentation, but balances with a vintage, reminiscent feel as Milia guides listeners through his hometown. In that, there’s an impeccable tenderness to everything Milia does — from painting vivid scenes through touching lyricism to setting uniquely inviting tones through intentional instrumentation. It’s lighthearted, floaty, vibrant and sunny in a way that boasts both a retrospective love and a modern appreciation of the cozy community.
Digging Deeper: Many of the tracks throughout “Keego Harbor” feel like they fit into two camps: ones that fit bashful, vintage road trips and ones that venerate homestyle memories. “Autumn America” sits in the first aesthetic, with driving percussion, gliding harmonies and playful, intricate slide guitar. The track feels like it grows into itself, with sepia-feeling Americana roots that evolve into unapologetic contemporary folk. It’s the kind of music that begs you to look out the window as you drive down unmarked roads through rural towns. “Me and My Sweetheart” falls into the other camp, being front loaded with emotional resonance and soulful harmonies ladeled like spiritual gravy over serendipitous guitar work. It’s charming, wholesome and deceptively artful for a love ditty, and the track lingers long after its conclusion in the best way.
Perfect For: Crafting the ultimate campground background mood. – Nick Moran
Website: https://matthewmilia.com/
Listen: “Me and My Sweetheart” 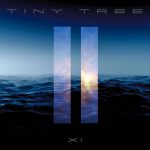 What Stands Out: On their latest release, Muskegon-based rockers “Tiny Tree” sound more comfortable in their own skin than ever before. Set to be released on Aug. 27, “XI” expands the spheres of influence of this post-rock/hard rock band to include elements of doom metal, post-hardcore and even emo, all while sounding like themselves. Tracks such as “Idle Eyes” are all at once foreboding and luminous, breathing new life into a band that was already making excellent music.
Digging Deeper: One of Tiny Tree’s many strengths is creating drama and intrigue in their music with little to no lyrics. There’s often a palpable tension to the soundscapes and movements they create within their music. Take a song like “Misinformation Effect” for example. Over the course of this sprawling, nine-minute instrumental, this “two-man army” of Addison Eilers and Paul Jensen map out a journey that is left solely to the interpretive navigation of the listener. They know when to barrage with thunderous riffs, and they know when to leave space to dream and wonder, and that is what makes them great artists.
Perfect For: Fans of instrumental rock, post-rock, and metal. – Devin Dely
Website: https://www.facebook.com/tinytreeband/
Upcoming Shows: Oct. 1 at The Ruin in Fort Wayne, Ind.; Oct. 2 at Buzzbin Art & Music Shop in Canton, Ohio
Listen: “Return” 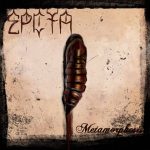 What Stands Out: To say that this sophomore album was a long time coming — and endured more than its share of twists and turns, ups and downs — would be an understatement. But the new musical adventure from this hard-rocking, Spanish-language Grand Rapids rock band is well worth the wait, and well worth cranking the volume knob up to 11. Chief songwriter, singer and guitarist Aaron Olaguibert and his bandmates — lead guitarist Julio Viveros, bassist Jonahan Sgromo and drummer Dustin Miller — waste little time diving into their infectious, punk-propelled stew, from the opening track, “Lucha,” through the Green Day-hued “Amigo,” Latin-flavored “Mi Tierra” and delicious, bass-driven and twangy “Science,” that closes it all out. It’s hard to tell that this project was recorded in three different studios over three years with various lineup changes because it feels seamless.
Digging Deeper: Compared to the band’s 2017 “EPCYA EP,” “Metamorphosis” cleverly and adroitly shows off the band’s remarkable diversity in terms of rhythms, textures, melodies and overall instrumental charm, with Viveros’ lead guitar riffs and solos taking center stage with aplomb on several tracks. It’s one of those dynamic rock ‘n’ roll collections that demands repeated listening to truly appreciate the varied nuances.
Perfect For: Fans of everything from Santana to Tool to Green Day who revel in early evening summer drives with the windows wide open. – John Sinkevics
Website: https://www.facebook.com/EPCYA/
Upcoming Show: Aug. 7 at Mulligan’s Pub in Grand Rapids (with Thee Elder Gods and State)
Listen: “La Ultima Vez” 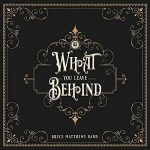 Bruce Matthews Band
“What You Leave Behind”

What Stands Out: The third and latest LP from The Bruce Matthews Band, a singer-songwriter project fronted by Lowell native Bruce Matthews, “What You Leave Behind” blends a variety of influences to create a unique folk sound. There are longing ballads, such as the opening “Nova Scotia,” which tells the story of a romantic getaway never taken. Matthews’ voice stretches with yearning as if he’s trying convince himself of lines like, “Maybe we’ll get there someday.” There are love letters to the land as well, “Leelanau Blue” — a song that could easily be imagined as the kind of shanty chanted on the decks of Great Lakes sailing ships in the past, with awe and fear uttered in the same breath. ”Water so clear you can see to the bottom/And all of the wrecks that lay there,” he sings. While the sonic landscape shifts with the story being told, the core is always rooted in emotion.
Digging Deeper: The charm of the band’s music is exemplified in Matthew’s writing. It’s clear there is an admiration for the people, environment and joy around him, even if he’s not feeling it as much himself. “This quarantine is keeping us from sharing in this meal/Trying to be happy, but that’s not how we feel,” he laments on “Christmas, Next Year,” an exploration of how our relationships fared amid the reckoning of a pandemic. Ultimately, however, it’s clear that hope presides overall. “I Found My Way,” sings of the kind of reconnection that can alter a life entirely, especially for the better. “Ain’t No Grave” deliver’s the rebellious spirit of a punk song in a roots package, declaring “There ain’t no grave that can hold me down,” a direct juxtaposition to the titular “What You Leave Behind,” an existential track pondering how success can be measured in our legacies after we depart. It’s clear Bruce Matthews is dedicated to making sure he leaves behind something worthwhile. (The band also is LowellArts’ “Artist of the Month” for August.)
Perfect for: The soundtrack to your weekend road trip up north. – Parker Learman-Blaauw
Website: https://www.facebook.com/brucematthewsmusic/
Upcoming Show: Aug. 15 at Lowell Showboat/113 Riverwalk Place in Lowell (album-release show)
Listen: “Nova Scotia” 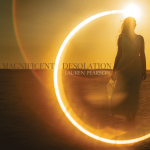 What Stands Out: “Magnificent Desolation,” the latest album from Kalamazoo native Lauren Pearson, is conflicting, but intentionally so. Listening through Pearson’s delicate, but empowering piano and vocal work is dazzling and awe-inspiring. But digging into the album’s soul, her sorrow, remorse and healing after the death of her husband is woven through the entire experience that infuses it with cathartic gravity. In this sense, “Magnificent Desolation” embodies the powerful emotions that come out of loss — both as a release and an inspiring beacon for others. Pearson is master-class in this way, delivering an album that is powerful, personal and transcendental.
Digging Deeper: At times, it feels like Pearson wrung out years of contemplation over her tracks, and “Tear the Curtain” is the perfect representation of that. From the get-go, she pulls no punches with a blaring vocal performance that takes off and only occasionally lands. In its wake are beefy drums and swelling piano that seems to be following elegantly in Pearson’s footsteps. Come the tail-end of the track, the building emotion, instrumentation and mood feels natural, but it’s a tremendous leap from where it began — all without anything feeling out of place. Pearson’s decision to end with a simply magnificent rendition of Debussy’s “Clair de Lune” is far beyond a cover. After guiding listeners through the seesaw of sorrow and beauty surrounding Pearson’s experiences while creating the album, “Clair de Lune” is a tried-and-true testament to the balance between sadness and loveliness that Debussy attempted to capture. Pearson’s rendition is touching, delicate and empowering, often all at once. Using the piano keys as an emotional extension feels effortless for her, and the album’s closing track captures it perfectly.
Perfect For: Alone time, thoughtfulness and reflection without distraction. – Nick Moran
Website: https://laurenpearsonmusic.com/
Listen: “Tear the Curtain”