This early May roundup of new regional releases spotlights rock, hip hop, jazz, folk and more. Check out the reviews, listen to samples from all of the albums. 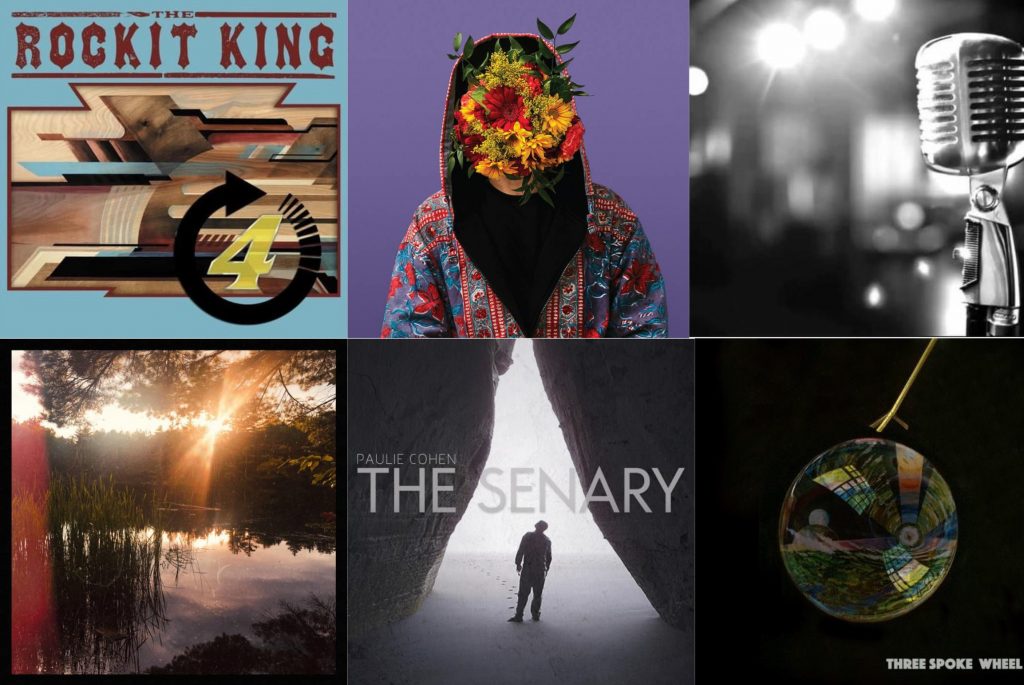 And that means lots of local and regional artists have new music blooming for fans eager to embrace fresh material after the winter doldrums. 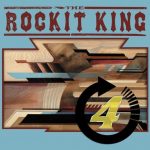 What Stands Out: The Rockit King’s fourth album represents another hefty step forward for the Grand Rapids band in terms of arrangements, songwriting, musicianship, production and just plain rock ‘n’ roll chutzpah. Recorded at River City Studios and produced by Roy Wallace, “Fourth Turning” unleashes everything that makes Rockit King so popular with its diehard fans: full-throttled, full-throated, full-bore hard rock with splashes of blues and power balladry. In particular, guitarist Anthony Mannino struts his stuff impressively on tracks such as “U We Me,” “West Side Blues” and “Between the Lines,” uncorking solos that leave nothing but scorched earth behind.
Digging Deeper: Mannino, singer Jessie Beveridge, drummer Kenny Roberts and bassist Dan Cox get a boost from guests Roy Wallace and Warren Beaty on synthesizers, and singer Mary Sumners on backing vocals; all of those contributions are a welcome addition when it comes to filling out TRK’s sound on “Fourth Turning,” which officially gets released May 21 on Sum-Hi Records.
Perfect For: Fans of the Foo Fighters, Cheap Trick. – John Sinkevics
Website: https://www.therockitking.com/
Upcoming Show: Live-stream, album-listening show from River City Studios at 7 p.m. Saturday (May 15) on River City Studios’ Facebook page.
Listen: “Between the Lines” 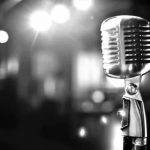 What Stands Out: The classic, rap-album intro track “VP Intro” delivers exactly what it’s supposed to: a quick, flex-heavy verse over a simple drum loop to tease whatever else Grand Rapids hip hop artist Alfie DaGreat has in store for us. By the time the lead single “Dirt Nap” rolls around, it adds a shot of adrenaline to the album, with high-energy promises of wealth and violence creeping over a haunting opera sample. This same energy returns in “Tag Team,” a standout track that features a fun back and forth between Alfie and featured rapper Ostradamas. A.D.G. has the hungry energy found only in those grinding for the come-up, but he delivers it with a more refined sound over boom bap production.
Digging Deeper: The sincerity of Alfred Fowler, aka Alfie DaGreat, is his greatest strength, with tracks like “I Don’t Wanna Go” ruminating on the impermanence of life, including the namedropping of several friends who died before Alfie was ready to let them go. He navigates a delicate balance between the popular rap-oriented tracks like “Up-Top” and the socially conscious “American Me,” which features a sample ripped straight from a presidential debate on the topic of white supremacy. It’s promising to see both styles from the same rapper, especially on a debut LP.
Perfect For: Hip-hop classicalists annoyed with the prevalence of Auto-Tune in today’s rap. – Parker Learman-Blaauw
Website: https://unitedmasters.com/alfiedagreat-a-d-g
Listen To: “Dirt Nap” 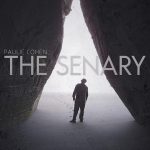 What Stands Out: Paulie Cohen, a Kalamazoo native and lifelong musician, was diagnosed with cancer in 2020. In an effort to keep away from the headlines and overall gloom of the world, he decided to write, perform and record “The Senary.” The 10-track album explores genres ranging from folk in “Hear You Say Over” to ’80s synth music in “Somebody Else’s Wishes” to classic rock in “Back in the Saddle.” The record was written as a continuous piece, and Cohen does a seamless job of transitioning between songs despite the dramatic style changes.
Digging Deeper: As listeners flow through the album, it becomes apparent that each song is written from a first-person perspective. Cohen wrote each song to reflect the viewpoints of 10 different characters, the twist being that each one represents a character from various ’80s movies. It’s up to the listener to figure out which is which through the direct quotes from each movie dropped throughout. Once you think you have it, you can take “The Senary” quiz here.
Perfect For: Fans of all things ’80s. – Liv Conaty
Website: https://www.facebook.com/paulie.cohen.music
Listen: “Back in the Saddle” 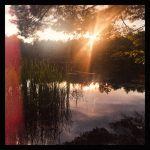 Chris Cranick
“A Light Within the Dark”

What Stands Out: Chris Cranick, frontman for Grand Rapids’ Overdrive Orchestra, took inspiration from exploring the sights of “Pure Michigan” over the past year for his second solo album “A Light Within the Dark.” Showcasing a full-band, indie-folk sound, the sounds of summer are fully encapsulated within the seven tracks on this album officially being released Saturday (May 15).
Digging Deeper: The record starts out easy and fun with “Take a Load Off,” the perfect song to listen to while sitting on the beach with friends. Cranick’s smooth voice and effortless falsetto match perfectly with the swingy strums of the rhythmic guitar in the love song, “Light in Your Eyes.” As if the fresh coasts of Michigan weren’t apparent enough in the album, it was created at Third Coast Recording in Grand Haven, alongside drummer Scott Pellegrom and keyboardist Dutcher Snedeker. Like Cranick, many Michiganders took the opportunity to explore the nature of our state while the world slowed down. This album is a testament to finding light, warmth, and freedom in a time where it felt like they were slipping away. In the track “Chasing The Sunset,” Cranick sings: “We are the children of the future, we see the writings on the wall // When we join forces there will be no right or wrong, only love.”
Perfect For: Driving down backroads on the way to the beach, watching the waves crash on the shore, and appreciating everything our state has to offer this summer. – Liv Conaty
Website: https://chriscranickmusic.bandcamp.com/
Listen: “Take a Load Off” 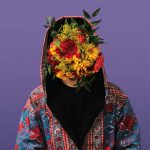 What Stands Out: Whether it be the dreamy ambiance or the hazy production, the latest instrumental album from South Bend’s Eli Kahn is a master class in building soundscapes that feel emotionally lush. Kahn effortlessly leverages the album’s lo-fo influences to weave in nostalgia, comfort and lucidity, while often using that platform to flex his muscles as an instrumentalist. Each track feels like you’re jumping between little cinematic worlds — self-contained but vibrant. From start to finish, the inspired track list is beyond inviting and rewards multiple listens with its musical intentionality.
Digging Deeper: The album’s opening track, “Acceptance,” is goosebump-inducing. While it’s in no rush, the glossy chords develop into polished guitar riffs with snappy lo-fi percussion that rounds out the track without dipping into the limelight. There isn’t a sound that feels wasted or lost, and Kahn leverages repetition to deliver some soulful guitar solos. Kahn – best known as a member of the After Ours progressive jazz duo – also collaborates with Kalamazoo’s Jordan Hamilton to deliver a symbiotic performance on “(In My Dreams We) Levitate.” together, The duo ebbs and flows, with Hamilton bouncing off of and inspired foundation to add to a swirling string section. Balancing complexity with harmony, the track is inviting, sophisticated and peaceful — often all at once.
Perfect For: Writing, reading and getting the creative juices flowing. – Nick Moran
Website: https://www.elikahnmusic.com/
Listen: “(In My Dreams We) Levitate” 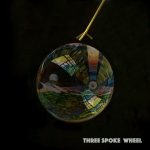 What Stands Out: It’s rock born in a Detroit basement. That should tell you a lot about Three Spoke Wheel’s infectious and gritty blend of rock and grunge with a progressive flair meted out by Justin Gumina, Ryan Thomas and Jeff Whitmore. Standout tracks on the trio’s debut album include the moody, rhythmically complex “Stand In Line” and the synthesizer-driven, wall-of-sound “Visions.”
Digging Deeper: Hints of Kurt Cobain and Nirvana weave their way through various passages on this self-titled debut (“Sold Out For Days,” in particular). And while the group could benefit from upscaled production, Three Spoke Wheel’s originality and passion rise to the occasion and bode well for future projects.
Perfect For: Fans who appreciate a progressive, intricate musical twist to their rock and grunge. – John Sinkevics
Website: https://threespokewheel.wixsite.com/threespokewheel
Upcoming Show: May 20 at Cadieux Café in Detroit
Listen: “Stand In Line”