As August continues to heat up, Local Spins spotlights six new releases by West Michigan artists, from compelling Americana to lively indie-pop to reimagined punk. The reviews, with audio samples. 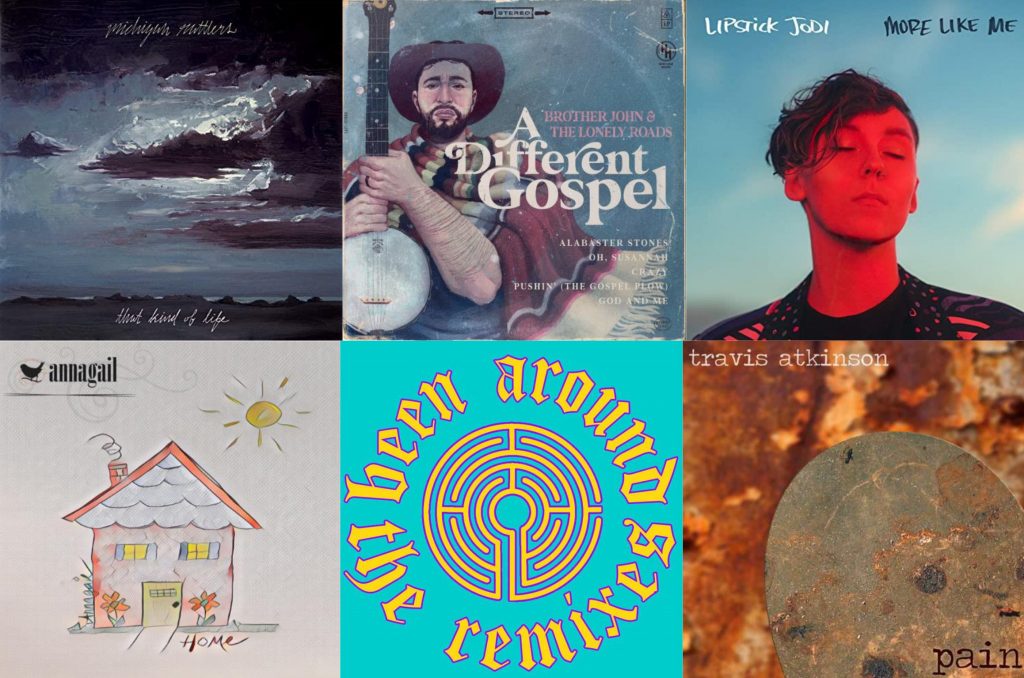 It’s been a peculiar couple of years to be sure, and after a tumultuous 2020, even 2021 is starting to make folks feel a little edgy as worries about COVID-19 resurface (and complicate live music once again).

Luckily, there’s plenty of recorded music via albums, EPs and singles being churned out by West Michigan’s music scene — a salve for all that ails you.

Today, we take a peek at a half-dozen new releases covering a wide swath of styles from Americana/folk to synth-laden indie-pop to reimagined punk and more. And if you missed earlier Local Spins reviews of new releases, check them out here. 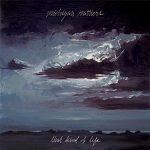 Michigan Rattlers
“That Kind of Life”

What Stands Out: There comes a tipping point in nearly every successful artist’s career when everything comes together in signature fashion, hitting on all cylinders – from finding a songwriting groove to settling on “that sound” that best represents what they do. For Michigan Rattlers, that tipping point has come with “That Kind of Life.” With their own distinctive Americana/alt-country bent, the band unfurls a mostly subdued collection of poignant power that never feels like it lags, and makes an upbeat roots-rocker such as “Sleep In It” feel like it fits right in. And it oozes an atmosphere that engulfs listeners and places them on an isolated dirt two-track or in the eye of an approaching storm.
Digging Deeper: Starting as a duo in Petoskey, guitarist Graham Young and upright bassist Adam Reed have since added keyboardist Christian Wilder and drummer Tony Audio to the fold and “That Kind of Life” makes full and dynamic use of every tool in their kit – from stellar organ enhancements on “Like a Kid” to the Springsteen-hued, saxophone-driven “Desert Heat” that wraps it all up. But it’s the strength of the songwriting that carries this project, the smartly crafted slices of nostalgia — nights on the road and falling “into the arms of my love” – that touch the heart and entrance the listener. And the aforementioned “Desert Heat” is an apropos closer, a love song of sorts to the band’s Michigan roots, coming back home after spending time out West: “All the stars that felt like rain/Washed upon everything/Led us back to where we came/I was yours and you were mine, it was all the same.”
Perfect For: Evenings spent on a remote Michigan highway, in the woods or on a Lake Michigan beach; fans of Nathaniel Rateliff, Jason Isbell, Jamestown Revival and Bob Seger. – John Sinkevics
Website: http://www.michiganrattlers.com/
Upcoming Shows: 8:15 p.m. Saturday (Aug. 14) at Hoxeyville Music Festival in Wellston; Aug. 18 at Top Cats in Cincinnati
Listen: “Like a Kid”

What Stands Out: For Grand-Rapids alt-pop trio Lipstick Jodi, “More Like Me” is a “genuine” project, as frontwoman Karli Morehouse told Local Spins, and reaps the rewards of that passion with an addicting sound. The synth-laden album is glitzy and glossy, filled to the brim with atmosphere-building work on the keys and larger-than-life choruses that feel like an extension of swelling verses. At the front of it all is Morehouse’s breathy, powerful vocal lead, which is soft to the touch, but leaves a personal, inspiring impression.
Digging Deeper: Sifting through the track list of “More Like Me” is like wandering a neon-lit, ’80s-inspired art gallery. So many of the tracks leave listeners with something unique, but also unifying. “do/SAY” is a prime example, with a criminally catchy, compositionally suave melody that works its way throughout the song. Even its absence is a tool, as it gives way to Morehouse’s simple, emotional chorus, which is bookended with matching synth hits. Those synth-pop influences work their way down the track list, shining in a pop-inspired light on “Only One.” The vibrating fuzz of keys pairs effortlessly with Morehouse’s warm vocals and layered sounds that add complexity to each passing chorus.
Perfect For: Fans of The Weeknd, Andrew Huang or CHVRCHES. – Nick Moran
Website: https://lipstickjodi.com/
Upcoming Shows:
Listen: “do/SAY” 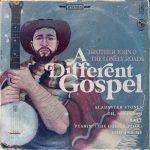 What Stands Out: Brother John & The Lonely Roads’ music is a complex concoction of joy, comfort, wisdom and recollection. “A Different Gospel” touches on all of those points — oftentimes hitting several throughout a single track — without sacrificing cohesion or charm. Frontman Caleb Lawson is a fearless guide as his comforting voice takes listeners on a journey through self-exploration. It’s a tall order with a lot to unpack, but “A Different Gospel” is beyond approachable both due to touching lyricism and graceful, engaging musicianship.
Digging Deeper: If there is anything that lingers after a handful of listens, it’s that Lawson has a gift for intimate songwriting and ridiculously catchy choruses. The former hits its stride in “Pushin’ (The Gospel Plow),” which also acts as a strong representative for the album’s themes. Lawson not only boasts a stellar vocal range and surrounds himself with incredible support through backing vocals and eerie guitar picking, but he drives back themes of persistent faith amid doubt, turmoil and temptation. This sense of continually pushing the gospel plow forward is reinforced with repetition and the vivid word-building Lawson wields. “Oh, Susannah” is a masterclass in less-is-more musicianship. It’s lyrically curt and paired with simple noodling and even simpler lyrics that beg to be sung along with. Better yet, the barnyard acoustic breakdown at the song’s end lands on the perfect note, with an uplifting sing-along that contrasts intentionally with a sorrowful, introspective chorus.
Perfect For: A little bit of soul-searching or heartstring-tugging introspection. – Nick Moran
Website: https://www.facebook.com/Brother-John-The-Lonely-Roads-102176418668080/
Listen: “Oh, Susannah” 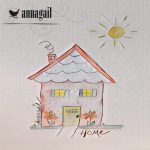 What Stands Out: The band’s first full-length album since 2007, “Home” tells the classic tale of “there’s no place like home,” while redefining what home actually means. Jennifer Adams’ pixieish voice and Jared Adams’ soulful rock tone match perfectly in “Rise,” a song that emphasizes that they’ll come back up together after every hardship, even if they have to “knock it down.” After Jennifer’s battle with Lyme disease and their Zeeland house burning down in 2019, the couple is more than familiar with picking up and moving forward after every trial and tribulation. The title track, a haunting but comforting tune, grapples with the idea that home is not just a house: It’s your community, your relationships and your passions that bring you home.
Digging Deeper: Jennifer’s enchanting voice continues on the track “Gypsy Spirit,” likely an autobiographical song about a woman with long blonde hair, who is likely running away to somewhere where she doesn’t feel invisible. “A gypsy spirit, a body on the run/Can anyone see her/Heading toward the sun.” In true Americana fashion, the album closes out with “Whiskey and Wine,” which feels like having a nice drink after a long, hard day, and looking forward to a new journey. The album does a great job of rounding out the band’s personal stories in a way that others can relate to.
Perfect For: Anyone coming off of a hard time. – Liv Conaty
Website: https://www.facebook.com/Annagail.band/
Listen: “Home” 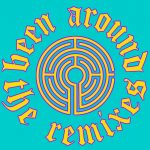 I Believe in Julio
“Been Around: The Remixes”

What Stands Out: The best way to enjoy “Been Around: The Remixes” is to pair it with I Believe in Julio’s 2019 album “Been Around,” which is the basis for the Grand Rapids group’s new release. Hearing the jump from garage punk to eclectic, experimental remixes truly highlights the artistic liberties each of the guest artists brought to reimagining the 2019 album. While “Been Around” was in your face, rough around the edges and raw, the remixes are more experimental, daring and unapologetic. The album is surely worth the listen, independent of any background — with some really interesting liberties taken by each feature that crafts a linked anthology of married tracks with punk ancestry — but truly shines when listeners can appreciate how far it comes from 2019.
Digging Deeper: Most of the tracks on “Been Around: The Remixes” feature a reimagined look through the eyes of a guest who steers the song in an entirely new direction. Bermuda Teenager’s remix of “Feelin’ It,” is a prime example. The track has the original album’s brash vocals front and center while pairing it with echoing keys and reliable percussion. The reverb-laden guitar solo and the revisited, vibe-heavy soundscape turns down the original track’s rip current pace into a complex lazy river cruise that’s worth savoring. Frontman Julio Gomez even took his hand at a ska-infused remix of “Six Eyes,” which is the playful fraternal twin of its core track. With an intro that could have come from The Specials, the remix connects the dots between ska and punk’s interwoven influences in a really elegant way. The harmonica hits, tinny vocals and groovy bass work gives the remix a lot to work with, and makes me want to hear more of Gomez’s takes on his own work — as well as some more ska.
Perfect For: Those interested in artistic lenses who especially like to dig their fingers into musicianship. – Nick Moran
Website: http://Ibelieveinjulio.com/
Listen: “Six Eyes (Julio Gomez Skamix)” 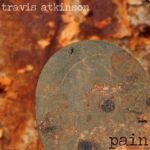 What Stands Out: The frontman for Grand Rapids’ country band Deep Greens & Blues, Atkinson spent his time in quarantine on a new solo path. The rootsy, jazzy feel of this EP is a fresh sound for Atkinson, and something he felt paired well with the feelings he expressed in the tracks. The opener, “Monsters of the Wind,” includes a haunting fiddle with a heavy blues guitar, making for an effortless soulful sound. The back-to-back fiddle and guitar breaks in “Two Gardens” act as opposing teams, which matches the subject matter of the song: “I’m growing two gardens, roots and leaves make the most of fertile ground/Smell the season, see the harvest/The best intentions have been scattered all around.” We are then taken to the final track, “Marionette.” This song shows the variation between Deep Greens & Blues and Atkinson’s solo material the most, a jazzy chill tune complete with a trumpet.
Digging Deeper: Being the first solo project Atkinson has made in 12 years, he felt inspired to open himself up to different types of sounds. He plans to release two more EPs after “Pain,” resulting in a full-length album at the end of the year. While some bands decided to wait out the pandemic to start back up, Atkinson took the opportunity to express himself in his own journey with music.
Perfect For: Getting excited for autumn, walking amongst the leaves. – Liv Conaty
Website: http://www.thetravismusic.com
Upcoming Shows: Aug. 18 with Deep Greens & Blues at First Lutheran Church in Muskegon; Aug. 22 solo at Borrowed Time in Douglas
Listen: “Marionette”