This mid-May roundup of Michigan releases showcases rock, bluegrass, folk, hip hop, jam-band wizardry and a Kalamazoo-based project that covers all of the above and more. 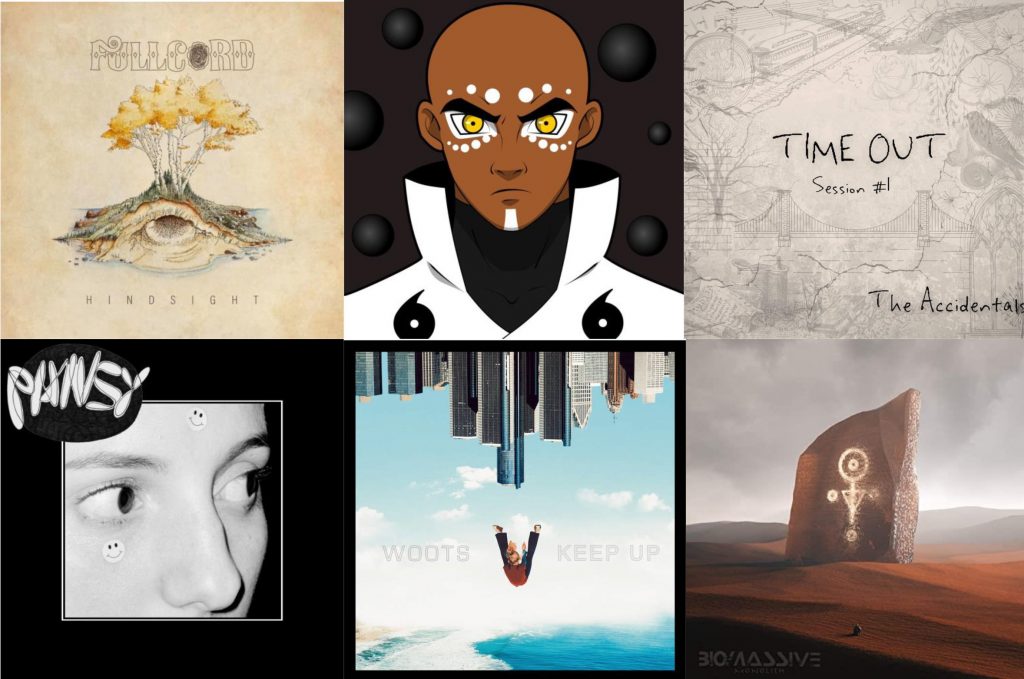 It includes much-anticipated new releases from The Accidentals and Full Cord, as well as the debut of artists WOOTS and Pansy. Check out our takes on these recordings and listen to tracks from each featured act. 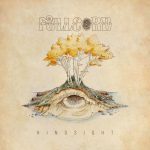 What Stands Out: When Full Cord formed some 14 years ago, it was just about jamming a little and having a bit of fun. Let’s just say the band has upped the ante and gotten plenty more serious over the past few years, with “Hindsight” proving undeniably that this Michigan band has become a bluegrass powerhouse with serious chops and some fetching songwriting. The addition of veteran banjoist Lloyd Douglas is the most obvious enhancement, because his hands – and picking – are all over “Hindsight,” adding textures that are quite simply essential when it comes to bluegrass music. But let’s also not forget the substantial talents of mandolinist/singer Brian Oberlin, fiddler Grant Flick and co-founders Eric Langejans on guitar and Todd Kirchner on bass. They’ve all stepped up their games, making Full Cord the full package, showcased on this milestone 13-track recording.
Digging Deeper: Recorded at Copemish’s Frontier Recording Studio by Scott Zylstra, with mixing and mastering by the legendary Glenn Brown, “Hindsight” naturally displays the jaw-dropping instrumental wizardry and solo flashes that the award-winning Full Cord flaunts on tracks such as “Hey Watch This” and “Rugburns.” But just as magical are Oberlin’s vocals (Katie Kirchner and Langejans also pitch in) and tunesmithing that unfurls the sort of wildly entertaining tale-telling that bluegrass devotees fancy. Read more about Full Cord in this Local Spins Artist Spoglight.
Perfect For: Fans of Michigan-bred bluegrass in all its forms. – John Sinkevics
Website: https://fullcord.bandzoogle.com/home
Upcoming Shows: Noon May 27 at Listening Room with Pink Sky (remote live radio broadcast on WYCE 88.1 FM); June 19, July 17 and Aug. 21 at Lake Ann Brewing in Lake Ann.
Listen: “Mandoliner’s Dream” 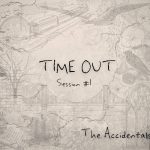 The Accidentals
“Time Out: Session 1”

What Stands Out: This first volume of “Time Out” is all about being vulnerable, for better or for worse. The fruits of pandemic labor for Traverse City indie-folk trio The Accidentals, the arc of the album takes listeners from reminiscing to somber sadness to optimism in an intimate way. Much of that stems from poetic songwriting – songwriting that features collaborations with critically acclaimed artists Kim Richey, Dar Williams, Maia Sharp, Tom Paxton and Mary Gauthier & Jaimee Harris. The flowery imagery and artful word choice give each track life, and that energy is only furthered from incredible supporting vocals, quaint guitar and swelling strings. Especially when enjoyed straight through, the emotional and musical development is an absolute joy to witness, rewarding listeners with memorable moments throughout.
Digging Deeper: Following the album’s journey, some of the best work comes out of the middle points where uncertainty is high. There’s a sense of hopelessness and fear in “Anyway” that is hard to shake. It tackles the confusion and division of living through “the strangest times,” complete with self-doubt, reassurance and vulnerable songwriting supported with careful instrumentation. “Night Train” feels like a secret being told. It’s intimate, inspiring and reminiscent. There’s so much passion poured into the track from the dancing vocal harmonies to the gentle strings that propel everything forward before the chorus hits, evoking that grand culmination that is teased throughout. The final chorus lingers for all the right reasons between a bridge that perfectly sets the stage and each musical element that finally overlaps for a soulful send-off.
Perfect For: A slow-rising morning, complete with time for a front-to-back listen. – Nick Moran
Website: https://www.theaccidentalsmusic.com/
Upcoming Shows: July 7 at Rogers Park in Sparta; July 8 for “Listening Lawn” at Studio Park in Grand Rapids
Listen: “Anyway” 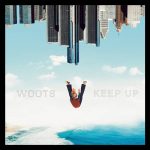 What Stands Out: The brilliant mix of hip hop, soul, funk, jazz and rock on “Miles Ahead,” the first proper track on “Keep Up,” lays out the mission, the diverse approach and the attitude that Kalamazoo singer-songwriter and multi-instrumentalist Evan “WOOTS” Wouters brings to his full-length debut album. It’s all about dedication, perseverance, passion and staying positive. “If you love all the things you do, you never work a day in your life,” the protagonist asserts on “Miles Ahead.” “Patience, for what you seek will take time; remember to breathe and be alive.” While patience is usually a necessary virtue when meandering through a collection as diverse as this, WOOTS makes it easy on the listener with top-notch production (recorded at Grand Haven’s Third Coast Recording and mixed/mastered by Ian Gorman at Kalamazoo’s La Luna Recording & Sound) and an infectious vibe with hooks that defy dismissal … or fast-forwarding.
Digging Deeper: This veteran musician’s decision to “go solo” doesn’t mean he didn’t have a lot of help in unfurling what could be West Michigan’s most impressive and surprising album of the year thus far. A superstar lineup that includes the diversity of rapper MC Friendly, Greensky Bluegrass banjoist Michael Arlen Bont, Dobro fave Mark Lavengood, and saxophonists Brandon “Brandino” Proch and Caleb Elzinga, not to mention pedal steel guitarist Max Brown of The War & Treaty, keyboardist/producer Joe Hettinga and singer Carrie McFerrin, allows WOOTS to flow seamlessly from soulful funk to country-flavored ballads and bluegrass to acoustic blues to rootsy and psychedelic indie-rock and Americana. The album officially gets released Saturday (May 22). Read more about WOOTS in this Local Spins Artist Spotlight.
Perfect For: The music lover who truly appreciates everything; he or she is unlikely to hear a more eclectic package of songs in 2021. – John Sinkevics
Website: https://www.facebook.com/ewoots
Upcoming Shows: 8 p.m. Saturday at Final Gravity Brewing in Kalamazoo (album-release show)
Listen: “Miles Ahead” 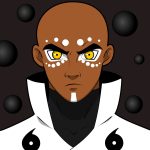 What Stands Out: “Six Paths,” the latest release by Aramis616, is a personal grand prix for the Grand Rapids-based rapper and producer. From boom bap production to chiptune riffs, the album’s diverse track list and unapologetic personality is contagious, unique and straight-up fun. Aramis616 doesn’t hide anything: Within the first track, he proudly flaunts wearing a Wu Tang Clan cap alongside his NATURO (CHECK) shirt. The album blends some tried-and-true hip hop sounds with nerdcore influences (with allusions to Star Wars, Sonic the Hedgehog and an entire track about Castlevania). In that, Aramis616’s passion and energy is the driving force to this quirky, upbeat release.
Digging Deeper: While “Boom,” with its upbeat instrumentation, and “Where You At,” with its crowd-pleasing refrain, boast their fair share of energy, where “Six Paths” really shines is when Aramis616 digs into his nerdier bars. The album’s remix of his 2019 single, “Dragon Fist,” is a gold mine of allusions, with each listen revealing more. Aramis616 weaves in references to Metal Gear Solid’s Hideo Kojima, Dragon Ball Z and the Marvel Cinematic Universe all in one verse. That goes a step further with “House of Belmont,” which documents a Castlevania-laden trek to slay Dracula. Between the story-driven lyrics, retro gaming-influenced instrumentals and eerie atmosphere, the track is incredibly engaging even without an attachment to the influencing series.
Perfect For: Fans of Thundercat, MC Frontalot or hip hop fans with an unapologetically nerdy side. – Nick Moran
Website: https://aramis616.bandcamp.com/
Listen: “Sage Mode” 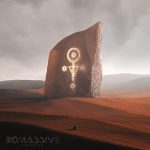 What Stands Out: For those who missed the entire 2020 music festival season thanks to the all-encompassing COVID pandemic, “Monolith” from Traverse City electronic/jam band favorites Biomassive is more than just a welcome blast of mood-altering, throbbing, psychedelic-hued rock. It’s a musical salve for whatever ails you, bringing back visions of happy throngs gyrating happily to smartly concocted jams. “Cosmic” serves as the perfect opener to this five-song EP – a rapidly paced sea of swirling synths and muscular drumming. A longtime fave at live shows and festivals, Biomassive also asserts itself here as a force to be reckoned with in the studio, too.
Digging Deeper: As masters of instrumental sorcery, the guys in Biomassive – synth/keyboardist Connor Lindsay, percussionist Shandon Williams, drummer Matt Zimmerman, synth/keyboardist Ben Wyler, bassist Randall Erno, guitarist Kevin Paul and sound/lighting engineer Wes Roberge – spawn epic, potent sonic waves on the second installment in the band’s “Megalithic” saga. The only downside may be that five tracks covering 28 minutes won’t be nearly enough for jam band fans long denied their electronic rock fix, especially after experiencing the brilliant final track, “Back to Love,” which fades out way too soon.
Perfect For: Late-night, black-light, rock ‘n’ roll dance parties. – John Sinkevics
Website: https://www.biomassive.org/
Upcoming Shows: June 11 at Torch Lake Camp Out in Alden (w/ Dixon’s Violin and The Gasoline Gypsies)
Listen: “Back to Love” 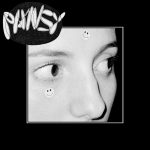 What Stands Out: Mat Hagger’s angelic voice glides over the slow intro of the opening track “I Want to Dissolve” before kicking into high gear to match the chorus’ explosive melody. The six-track EP from this Grand Rapids-based band blends elements of rock and dream pop, resulting in a guitar-driven sound that pairs really well with Hagger’s emotionally saturated lyrics. The project seeps feeling, blending anger and sadness in the remarkably complex way that only the human mind could create. It’s endearing and it’s incredibly headbang-able, or at least, headnod-able.
Digging Deeper: The fact that “Pity Party” is the softest, most traditional indie-rock song on the EP pairs well with the fact that it’s also the shortest, falling just short of the two-minute mark. It’s a gentle way of showing off the band’s ability to make something playlist-friendly while also demonstrating that mainstream appeal was never the goal in the first place. The EP was recorded in an unfinished Grand Rapids basement, and the raw, unfiltered energy shows in the best way possible. At times reminiscent of the do-it-yourself punk bands of yore, Pansy surges out of the speakers in a way that practically begs to be heard live. “Buried” is just as oppressive as the name might suggest, and the closing track “Not Around” erupts into cacophony before slowly reaffirming musicality in the last few moments. Pansy made it out alive, and so can you.
Perfect For: Jamming to in the car at high volumes. – Parker Learman-Blaauw
Website: https://pansymi.bandcamp.com/album/pansy
Listen: “Where There’s Smoke”