Amid a flood of new regional releases, Local Spins delves into albums and EPs by an eclectic bunch of artists for this review roundup. And listen to tracks from each album. 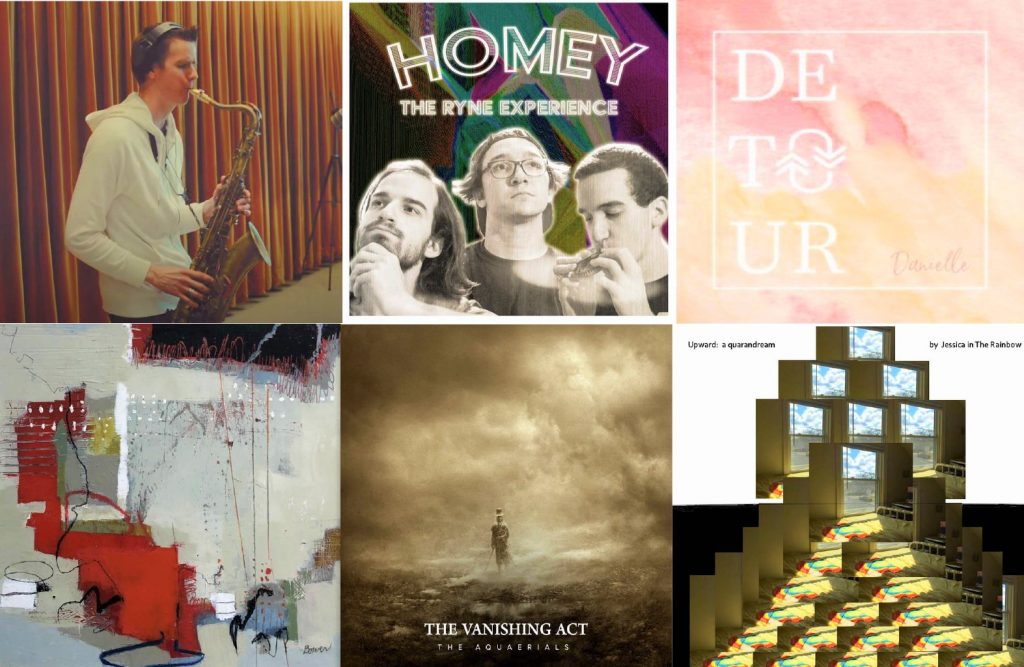 Another Batch of Eclectic Releases by Michigan Artists

Despite a pandemic that has yet to ease its grip, Michigan artists haven’t stood still when it comes to creating and releasing new music.

Today’s review roundup of new releases proves that, covering everything from a beatboxing saxophonist making a splash with the Holland Concert Jazz Orchestra to lilting, atmospheric releases by musicians from Grand Rapids to the lakeshore. Check out our takes on these recordings and listen to music from each artist.

And Local Spins still has a giant stack of fresh releases to spotlight in coming weeks, so stay tuned. 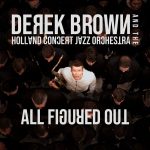 Derek Brown & The Holland Concert Jazz Orchestra
“All Figured Out”

What Stands Out: Grand Rapids-based musician Derek Brown first made waves across the country with a peculiar and utterly funky beatboxing saxophone technique. “All Figured Out” — officially being released on Sept. 10 — sees Brown ambitiously melding that one-of-a-kind sound with the force of the Holland Concert Jazz Orchestra. The result is as well-suited for easy listening as it might be for a packed arena, where highly composed melodic movements inevitably give way to monstrous jazz solos by Brown and company. There’s a lively energy and ambitious spirit filling the whole album, even its quietest moments.
Digging Deeper: Composed and arranged entirely by Brown himself, there’s clear intention and cohesiveness to the album, even with such disparate sounds ranging from emotive string movements to overdriven guitar. Recorded live with a bevy of West Michigan musicians at Brown’s alma mater, Hope College, there’s clear musical chemistry across “All Figured Out.” Brown’s signature saxophone beatboxing sets the groove for “A Simple Gesture,” which culminates with triumphant horns accenting incredibly quick percussive playing by Brown. Most musicians spend a lifetime learning to carefully avoid the clicks, buzzing and odd sounds an instrument can make. Brown has weaponized these quirks to fantastic effect. In a surprising turn about halfway through the record, the title track features Brown on lead vocals, concluding “No One’s Got It All Figured Out.” Maybe not, but Brown certainly has the sax all figured out.
Perfect For: An early morning jog through the park. – Devin Anderson
Website: derekbrownsax.com
Listen: “A Simple Gesture” 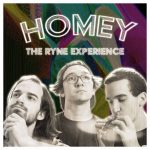 What Stands Out: Nice surf-rock esque jangling guitars, bass that slaps and pops, a hang-loose drum style and an overall very “chill” vibe make this a real breeze to listen through. Don’t let the laid-back energy fool you though, The Ryne Experience is bordering on virtuosic with this latest release and there is some real intricacy hidden in the unassuming energy of this EP.
Digging Deeper: This is the fourth “major” release from the Lowell-based indie-rock group, and it’s the band’s first release with a line up of three: Ryne Clarke, accompanied by Jeremy and Patrick Kargl of The Preservers. The EP is available at Bandcamp.com and it’s also on tape through Conrad Shock’s new tape label “Culture.m4a.” (There’s a “live unplugged” version of “Homey” at Bandcamp.)
Perfect For: Fans of Weezer, The Grateful Dead, Pink Floyd, The Flaming Lips, Modest Mouse, The Shins or all of the above. – Jamie Brackman
Website: https://ryneshyne.club/pages/ryneexp
Listen: “D Digg” 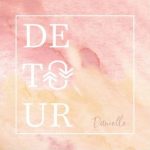 What Stands Out: Danielle Cosby’s vocal talent is immediately apparent and undeniable. Over the course of nine tracks, she makes herself heard as she soars through upbeat R&B and Motown-esque tunes, accompanied by an exceptional assortment of studio musicians. Mixed to perfection and highlighting each of its many contributors where they deserve to shine, “Detour” is a well-timed collection of happy music for dark times by a singer who’s also part of the West Michigan band Bluewater Kings.
Digging Deeper: “I Can’t Tell You” and “Figure It Out” are two immediate standout tracks that exemplify the sound of “Detour.” They’re perfectly peppy, and filled to the brim with licks and hooks that’ll keep listeners on their toes. “Stop” breaks from the mold of the rest of the record, incorporating a bit more blues influence and giving Cosby a chance to prove her versatility. The track recalls the swagger of the early No Doubt-days of pop vocal powerhouse Gwen Stefani, and it gives Cosby’s electric guitarist a chance to show off a bit, too.
Perfect For: Summer nights, day-drinking, night-drinking, weddings, first dates. – Devin Dely
Website: https://www.facebook.com/danielle.songstress
Listen: “Figure It Out” 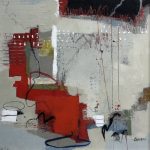 What Stands Out: From the mind of Grand Rapids multi-instrumentalist Joey Franko (Frankovich) comes this short EP, a tender and poignant offering of songs that are heartfelt, spacious, and free. Franko’s laid-back space-rock radiates a sense of longing, weaving together beautiful compositions to create the perfect soundtrack for a long journey, whether that journey be spiritual or physical.
Digging Deeper: There may only be 16 minutes of “Found Footage,” but Franko makes those minutes count. His lyricism is poetic and imaginative, offering a fresh take on concepts such as escapism, loss and personal tragedy. On “Oracle,” one of three proper songs on the EP, Franko wistfully sings, “Reel me in or cut the cord, I can’t take it anymore.” It’s an honest reflection of what it feels like to be caught in the middle, and an admirable feat to cram so much emotion into such a short body of work.
Perfect For: Fans of Beach House, a long drive at night, or an even longer trip through outer space. – Devin Dely
Website: https://oddxspace.bandcamp.com/
Listen: “Oracle” 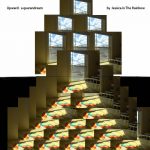 Jessica in the Rainbow
“Upward: A Quarandream”

What Stands Out: This is the latest release from the Grand Haven-based indie artist “Jessica in the Rainbow.” The soft and subtle textures of piano, synth pads and Jessica Fogle’s ethereal vocal stylings stand out as something fully unique. This six-track album moves slowly around themes of dreams, flying and light; the same transcendental and surrealist themes are featured in the artwork. Listening to the album is like peering through a window into the subconscious of a gentle and inquisitive mind.
Digging Deeper: Notably every song on the album is an improvised one-take performance, all recorded on the same day. The textures and midi instrumentation that give the album dynamic life were added later to round out the original performances. It’s a profound achievement for a stream of consciousness album to come together this clearly and cohesively. Jessica has a prolific number of projects available at Bandcamp.com, so fans of this project have a deep pool to choose from.
Perfect For: Fans of Sigur Rós and Regina Spektor, laying on a yoga mat outside at night and watching the stars. – Jamie Brackman
Website: https://jessicaintherainbow.com/
Listen: Track 4 (“Time”) 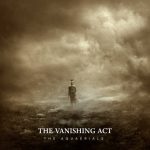 The Aquaerials
“The Vanishing Act”

What Stands Out: This album would be right at home on the next “chill beats to study to” playlist. This low-fi neo-classical album has some really pleasant instrumental work from Mark Swanson, who is the sole member of this project but “likes to pretend” it’s a five-piece band. Despite the quirky self-deprecation, there is a lot to appreciate about this album for fans of instrumental music.
Digging Deeper: The artwork associated with this album and the other Aquaerials releases create a unique visual presentation for the project. Both Bandcamp.com and the band’s website host a wide discography to delve deeper into for fans of the open textures and instrumentation here. This won’t likely be performed live per the band’s website (“They won’t be playing anywhere near you, due to a crippling insecurity and social anxiety”), but in the age of COVID maybe that isn’t such a bad thing.
Perfect For: Writing, reading, studying or doing something constructive that requires you to actually focus for longer than 30 seconds. – Jamie Brackman
Website: http://www.aquaerials.com/
Listen: “A Day Called X”