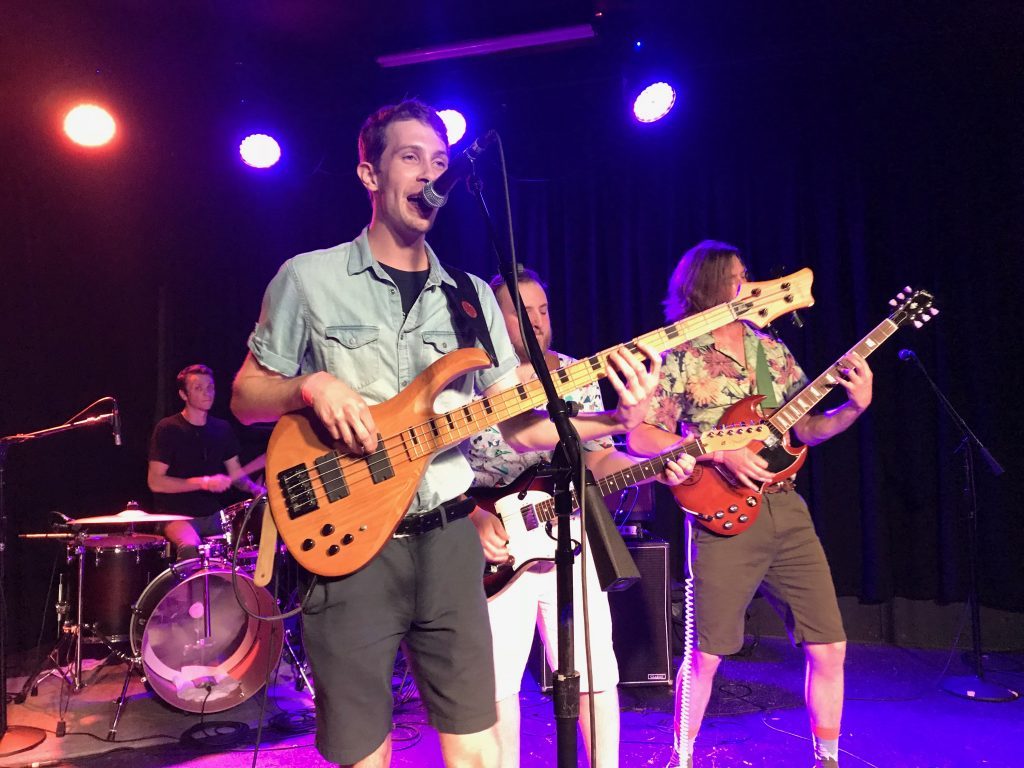 SCROLL DOWN FOR VIDEO HIGHLIGHTS FROM FRIDAY’S BAND CONTEST

If nothing else, Friday’s Pathway to the Pasture band battle finals in Grand Rapids proved the power, talent and diversity of West Michigan’s thriving music scene. 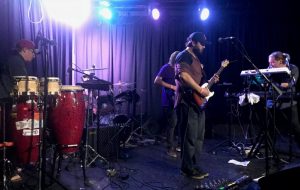 But each of the evening’s finalists – The Zannies, Oceana County’s The Smokin’ Dobroleles, Kalamazoo’s Quantum Fleek and Traverse City’s Biomassive – impressed judges and fans with outstanding musicianship and dynamic flourishes after earlier winning earlier rounds in the competition.

• THE SMOKIN’ DOBROLELES – Hailing from Ocean County, The Smokin’ Dobroleles gave their own West Michigan twist to bluegrass music, fueled by everything from rock to world music to the blues but never straying too far from that rootsy, acoustic and homey vibe – and covering everything from the Michigan-bred Lindsay Lou & The Flatbellys to the traditional Applachian gem, “Shady Grove.” 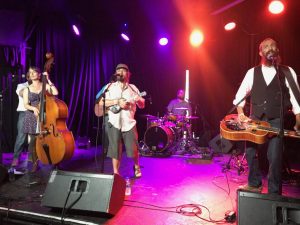 • QUANTUM FLEEK – Kalamazoo’s Quantum Fleek describes itself as an experimental rock band melding “rock, jazz, funk, ‘avant-noise’ and a million other musical tides and impulses” and their set at the Pathway to the Pasture finals certainly flaunted all of the above. With elements of synth-driven prog-rock permeating the band’s performance, Quantum Fleek fully engaged the audience not with fist-pumping vigor but mesmerizing, impressive instrumental jams.

• THE ZANNIES – Grand Rapids’ The Zannies, meanwhile, uncorked eclectic, full-throttle rock with boatloads of dynamics and some unexpected and delicious twists and turns, led by frontman/bassist/lead singer Ben Steer, whose singular vocals came across as powerful and quirky at the same time. Their delectable version of Cream’s “Sunshine of Your Love” sounded like it was covered by Iron Butterfly before morphing into one of their own rollicking creations. 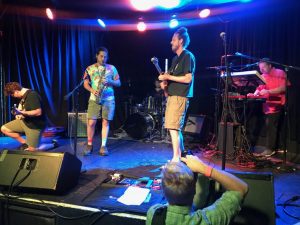 • BIOMASSIVE – Traverse City’s five-piece Biomassive wouldn’t have sounded out of place at this weekend’s Electric Forest with its uber-groovy, jam-band, festival-flavored attack, a fluid, dance-and-electronic-propelled approach that built to killer crescendos perfect for psychedelic lighting. In fact, these instrumentally adroit guys SHOULD be booked for next year’s Forest, a suitable companion for the likes of The String Cheese Incident or Umphrey’s McGee.

The Zannies now will join one of the strongest lineups ever for the Cowpie Music Festival, which takes place Aug. 9-11 on Shagbark Farm near Caledonia. National acts Keller Williams, The Steel Wheels, Hyryder and Michael Cleveland & Flamekeeper will join regional favorites Ultraviolet Hippopotamus, May Erlewine, Desmond Jones, Jake Kershaw, Mungion and many more.

VIDEO: Highlights from the Pathway to the Pasture Finals (6/29/18) 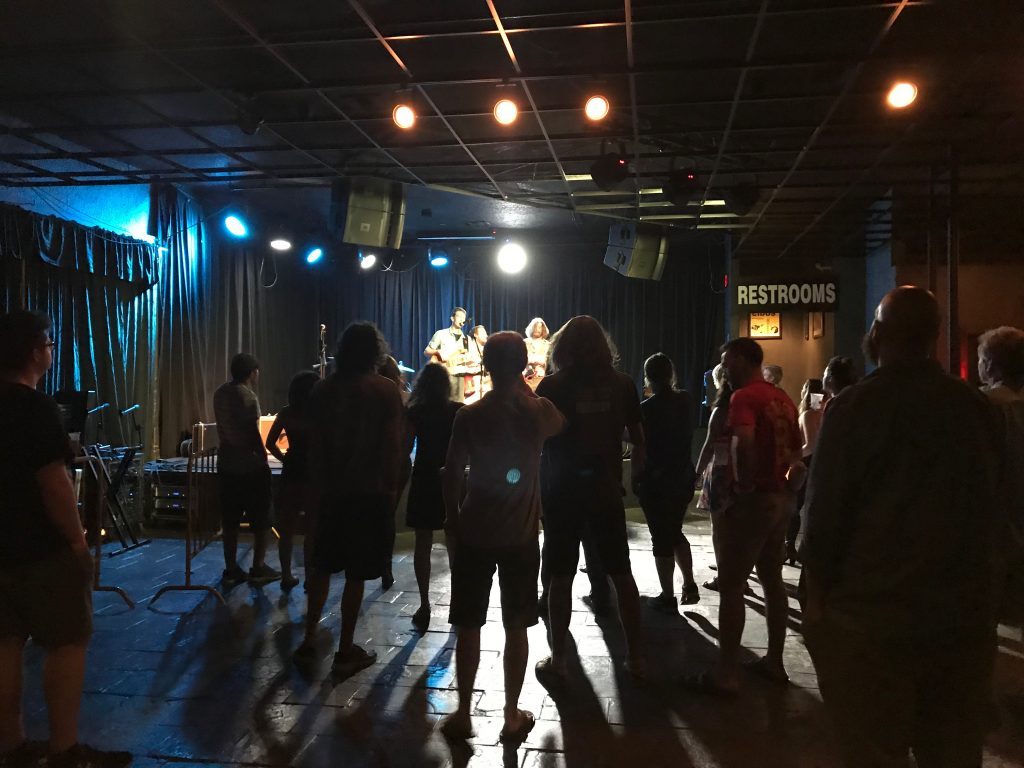